5 Things to Know About Rose Lavelle

On March 4, 2017, midfielder Rose Lavelle made her debut for the U.S. Women’s National Team, going the full 90 minutes against England. Lavelle put in a terrific performance in front of a sold-out Red Bull Arena. The 26,500 fans were easily the largest crowd for which she had ever put her skills on display.

Her play has earned her a few more starts from U.S. WNT head coach Jill Ellis, where the wonderfully-skilled Lavelle buzzed around the field and produced several GIF-able moments. She scored her first international goal on April 9 against Russia, and added a second (the game-winner) against Sweden on June 8 in Gothenburg.

Lavelle also has a unique and endearing personality off the field, making her one of the most exciting young players to watch in the coming months. Here are five things to know about Rose Lavelle:

No. 1 NWSL College Draft Pick
After a standout four-year career at Wisconsin, Lavelle was selected as the No. 1 overall pick of the 2017 NWSL College Draft by the Boston Breakers. Lavelle’s selection marked the fourth consecutive year a U.S. WNT player was chosen with the top pick, following in the footsteps of Crystal Dunn (2014), Morgan Brian (2015) and Emily Sonnett (2016). 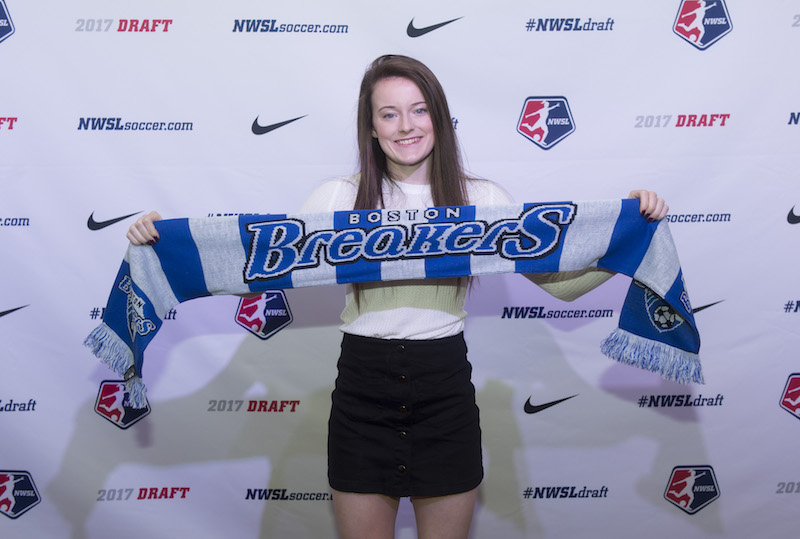 Nutmeg Duchess
While the title of Nutmeg Queen belongs to veteran midfielder Tobin Heath, Lavelle has shown in just a handful of games that she belongs in such an exclusive group. We first saw snippets of her nutmeg skills against England, but it was against Russia however, when Lavelle’s video game-level skills were on full display.

First, she had a spectacular dribble down the end line on the right side early in the game where she pushed a ball past a player, ran around her, then nutmegged a second defender inside the penalty box. Unfortunately, she couldn’t make it past the third and the final piece didn’t materialize. Minutes later, she had another nutmeg, this time with a back-heel pass. The best part? She seems right at home on the field in what was just her third international appearance.

Making the Jump
Lavelle has had quite a bit of experience at the U-20 international level. In 2014, she was a starter on the USA's U-20 Women's World Cup Team in Canada, scoring a goal in group play against China PR to help the USA to the quarterfinal. The U.S. team went out in PKs to North Korea, but she was one of the USA's most effective players in the tournament. Lavelle also accomplished a remarkable feat at the 2014 CONCACAF U-20 Women's Championship in the Cayman Islands. She did not score a goal or get an assist over the four matches she played in during the tournament as the USA defeated Mexico, 4-0, in the championship game, but her impact on each game on both sides of the ball was so great that she won the Golden Ball as the tournament's best player. 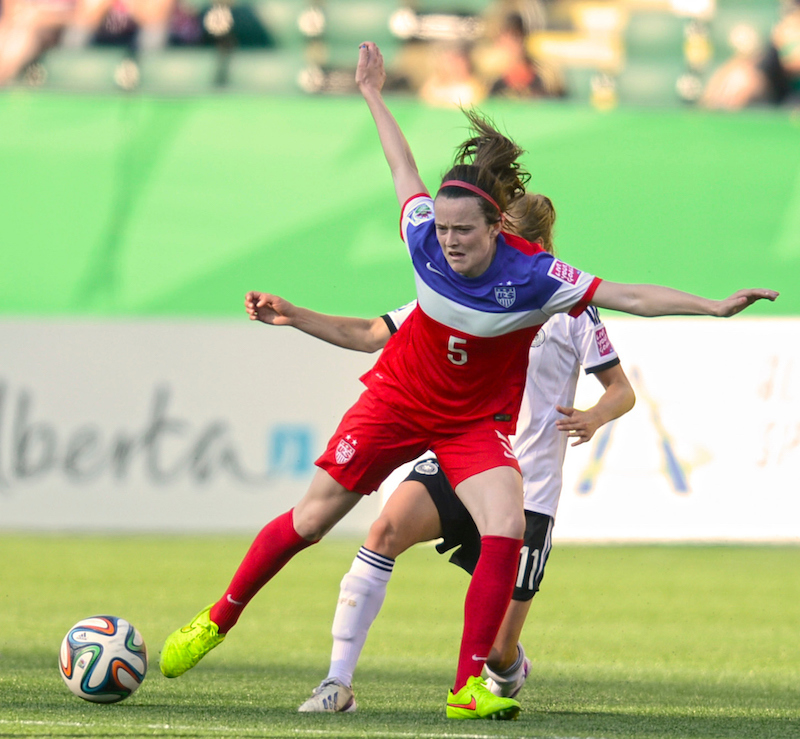 Social Media Savvy
While many young players often need training, advice and experience to learn the ins and outs of social media, Lavelle has had an exquisite social media presence for quite a while, particularly on Twitter. Her favorite topics are Wisconsin Badgers sports, the Xavier Men’s Basketball Team, dancing, shenanigans at camp, college homework, and of course, dogs.

S/O to my bestie @mckennameuer aka McKankle for signing w Rävåsens IK in Sweden, hope they appreciate ur dance moves as much as I do🇸🇪🇸🇪🇸🇪 pic.twitter.com/0vI7eL3pFb

Rose With Dogs
If you know Rose, you know that she loves dogs, especially bulldogs. In fact, her bulldog Wilma is such a social media presence that fans have created an account for her.

EVERYBODY MEET WILMA, THE NEWEST MEMBER OF THE LAVELLE FAMILY!!!!!! pic.twitter.com/BS705T1p

Lavelle is known to often FaceTime with Wilma just to talk to her. She also will request to pet and immediately bond with any dog she might cross paths with. To document this, the hashtag #RoseWithDogs has officially launched on the @ussoccer_wnt Twitter account. If there any dogs you’d like Rose to meet, please tweet us and include the hashtag #RoseWithDogs.