The U.S. Under-17 Men’s National Team is preparing to make its 16th appearance in the FIFA U-17 World Cup or World Championship since the competition’s inception in 1985. As head coach John Hackworth’s side looks to make their own history, catch up on the past accolades of the USA’s performance in this major youth competition.

Sixteen and Counting
The USA will be competing in its 16th U-17 FIFA World Cup, which ties the nation with Brazil for the most appearances all-time.

After qualifying for 14 consecutive World Cups at this age group from 1985 through 2011, the U.S. lost in the quarterfinals of the 2013 CONCACAF U-17 Championship and failed to advance to the 2013 edition in the United Arab Emirates.

Memories of 1999
The USA’s best ever finish in its previous 15 appearances was a fourth-place result at the 1999 U-17 World Cup in New Zealand.

Led by the dynamic duo of Landon Donovan, who won the Golden Ball as the tournament’s top player, and DaMarcus Beasley, who won the Silver Ball, the U.S. finished atop Group A with seven points from two wins and a draw. Donovan scored the game-winner in their opening 2-1 win against host New Zealand, and the lone goal in a 1-1 draw with Poland. In their final group game, it was another future MNT standout, Oguchi Onyewu, who scored the game-winner in a 1-0 victory against Uruguay. 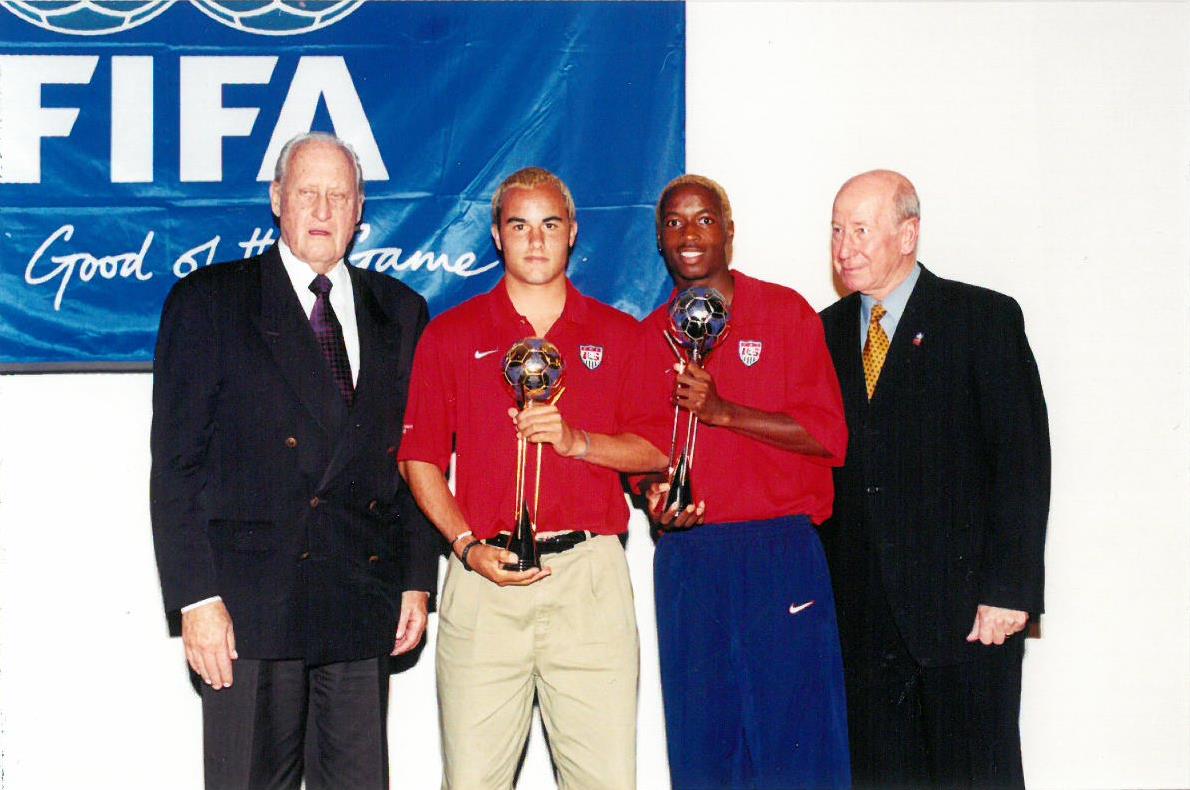 After finishing atop the group, the U.S. had to face CONCACAF rival Mexico in the quarterfinals. Getting goals from Demarcus Beasley, Jordan Cila and Kyle Beckerman (pre-dreads), the U.S. moved on with a 3-2 victory. With a trip to the Final on the line, Donovan and Onyewu tallied for the U.S. to finish regulation tied 2-2 with Australia but their magical run ended when they lost in penalties (6-7). In the third-place match, the U.S. fell to a Michael Essien led Ghana 2-0 to end up with the fourth-place finish.

While fourth place is still the best finish all-time for the U.S., the Americans have finished fifth a total of three times. The first fifth place finish came in 1991, before the team did so again in back-to-back tournaments in 2003 and 2005. Two other top-10 finishes came in 1993 (seventh) and 1989 (10th).

Stats, Stats, Stats
Delving deeper into the previous 15 tournaments the U.S. has competed in, here are some additional stats:

Number of Hat Tricks – 2
Judah Cooks and Freddy Adu are the only U.S. players to score a hat trick in the U-17 World Cup. Cooks pulled off the feat first, doing so in 1993 against Qatar in a 5-1 victory in the USA’s final group game in Japan. Ten years later, Adu followed suit with an impressive three-goal performance in the team’s 6-1 opening match victory against South Korea in Lahti, Finland.

Most Goals Scored in Entire Tournament – 9
Considering it was the USA’s best performance all-time, it’s no surprise 1999 was also when they scored the most goals overall in the tournament, tallying nine goals through their first five games (they didn’t score in their sixth game, the third-place match against Ghana).

Most Goals Scored in Single Match – 6
Adu led the way with his hat trick, but goals from fellow forward Jamie Watson (now a Minnesota United FC broadcaster) and defenders Brandon Owens and Steven Curfman (who definitely weren’t known for their scoring prowess) allowed the U.S. to tally the most goals ever by a U.S. team in a U-17 World Cup match.

Future MNT Stars
Along with Donovan, Beasley, Onyewu and Beckerman, as mentioned above in the 1999 team, there have been a large number of U.S. Men’s National Team players who competed at the U-17 World Cup.

Below is a list of senior MNT players currently in camp preparing for the USA’s upcoming final two 2018 World Cup Qualifiers against Panama and Trinidad & Tobago: 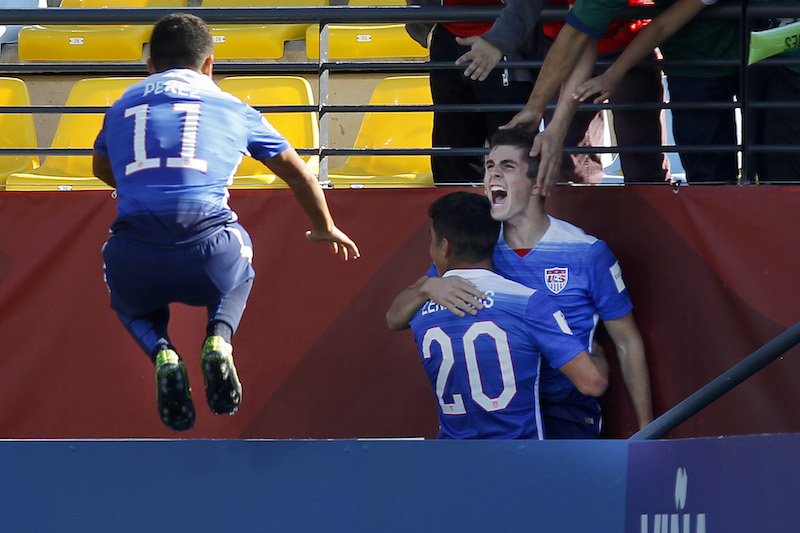 Eight Coaches for 16 World Cups
This will be the third U-17 World Cup for head coach John Hackworth. The former Philadelphia Union manager led the U.S. during the 2005 tournament in Peru and 2007 event in South Korea, guiding the teams to fifth place and 16th place finishes, respectively. Hackworth was also an assistant at a U-17 World Cup with John Ellinger in 2003, when the team finished 5th in the world.

Hackworth isn’t the only U.S. coach to lead the U.S. during multiple U-17 World Cups as there are three other coaches who have done the same:

The coach with the most wins?