The U.S. WNT will conclude its 2017 schedule with a pair of friendlies against Canada on Nov. 9 at BC Place in Vancouver (7 p.m. PT on ESPN2, Univision app and UDN delayed at 1 a.m. ET) and on Nov. 12 at Avaya Stadium in San Jose, California (6 p.m. PT; FS1). Here are five things to know about the U.S. WNT’s neighbors to the North:

USA vs. Canada: The 57th & 58th Edition
The matches between the sides will be the 57th and 58th meetings between the teams. Canada is currently tied with China PR as the USA’s most common opponent at 56 games played, but with these two matches, will move to the top of the list, perhaps appropriate considering the geographical and historical ties for the leaders in women’s soccer in the CONCACAF region.

Teammates One Day, Rivals the Next
The upcoming November friendlies not only represent another chapter in the long history between the neighboring nations, but also brings together friends and club teammates, pitting them against each other as national pride takes center stage.

The matches against Canada will feature numerous club teammates squaring off as the Canadians had several players in the NWSL last season, including all-time leading scorer Christine Sinclair of the Portland Thorns, who could face five of her club teammates in Adrianna Franch, Lindsey Horan, Allie Long and Emily Sonnett. Sinclair led Portland in scoring this year with eight goals while playing all but 17 minutes of the regular season, a remarkable feat at age 34. 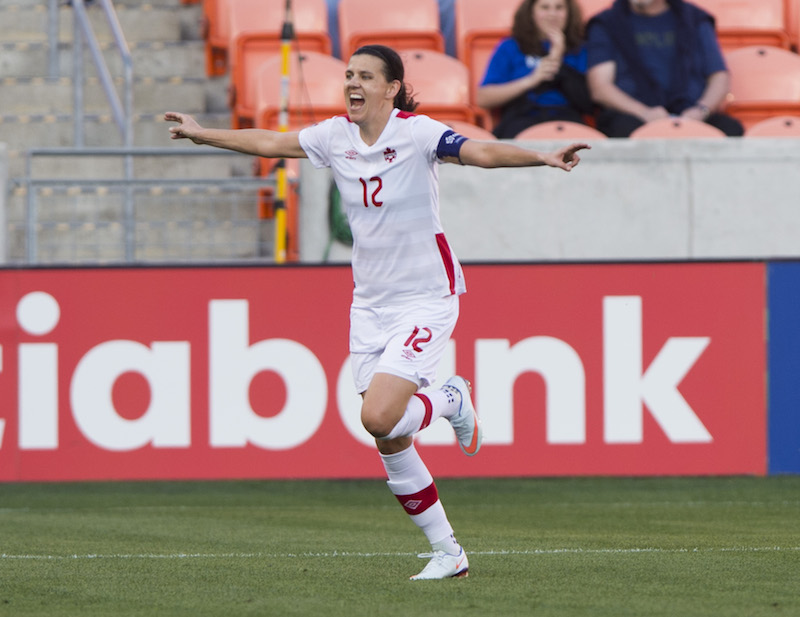 With 168 international goals to her name, Christine Sinclair is Canada's all-time scorer and is second in the world behind only the USA's Abby Wambach.

On Feb. 14, 2016 during Olympic qualifying, Sinclair scored goal No. 159 to surpass Hamm and sits only behind Abby Wambach as the second all-time goal scorer in international soccer history for both men and women. Currently with 168 goals scored, Sinclair’s 17-year career continues to dazzle fans worldwide.

Last Time Out: USA vs. Canada in Vancouver
The last time the WNT played Canada in Vancouver, the teams met in the championship game of the 2012 CONCACAF Olympic Qualifying Tournament. Abby Wambach and Alex Morgan each recorded a brace for a 4-0 final. Morgan had an incredible night – in what her first start of the tournament – not only scoring twice but also assisting on both of Wambach’s tallies.

The game served as a warm-up for an epic match that would take place a few months later when the two teams met in the semifinal of the Olympics Game with a place in the 2012 gold medal match on the line.

THAT Olympic Game in 2012
On Aug. 6, 2016 in the semifinal of the 2012 Olympics Games in Manchester, England, Sinclair played perhaps one the greatest games in the history of the series.

In an instant classic, the U.S. advanced to the gold medal match after a dramatic 4-3 win in overtime in a game that saw Canada take the lead three times – all on Sinclair goals. The USA battled back to tie it each time, until the jaw-dropping game-winning goal in the 123rd minute by Alex Morgan – to this day, the latest goal scored in Olympic and FIFA history.

With just 30 seconds left in the third and final minute of stoppage time of the second overtime period, Morgan rose over defender Chelsea Stewart from just outside the six-yard box to meet a cross from Heather O’Reilly and looped her header over Canadian goalkeeper Erin McLeod to seal the historic victory. O’Reilly had entered the game in 101st minute for Lauren Cheney.

Megan Rapinoe scored twice, and Morgan and Abby Wambach (on a clutch game-tying penalty kick) each added tallies for the USA, while Sinclair’s hat trick will go down as one of the best individual performances in the history of women’s soccer.