On October 19, 2017, U.S. Women’s National Team defender Julie Ertz scored her 12th career goal, and fourth of 2017, finishing a spectacular diving header against the Korea Republic at the Mercedes-Benz Superdome in New Orleans. Three days later, she scored her fifth of the year and 13th of her career, once again vs. Korea Republic. She went on to close 2017 by scoring her 14th career goal against Canada on Nov. 12 in San Jose. Here are five things to know about the 2015 FIFA Women's World Cup champion from the desert.

Developing in Arizona and California
Julie Ertz (neé) Johnston, known to fans and friends as JJ, was born and raised in Mesa, Arizona. The youngest of two – her sister Melanie also played soccer in college – Ertz always dreamed of becoming a professional player. While many young athletes aspire to play at the top levels, most have other various ideas of what they might want to be when they grow up. For Ertz, that was never the case.

“The most common question I always get is, ‘What would you do if you weren’t a soccer player?’,” said Ertz. “And I make up stuff every single time. I never say the same thing, because honestly I have never thought about not playing.” 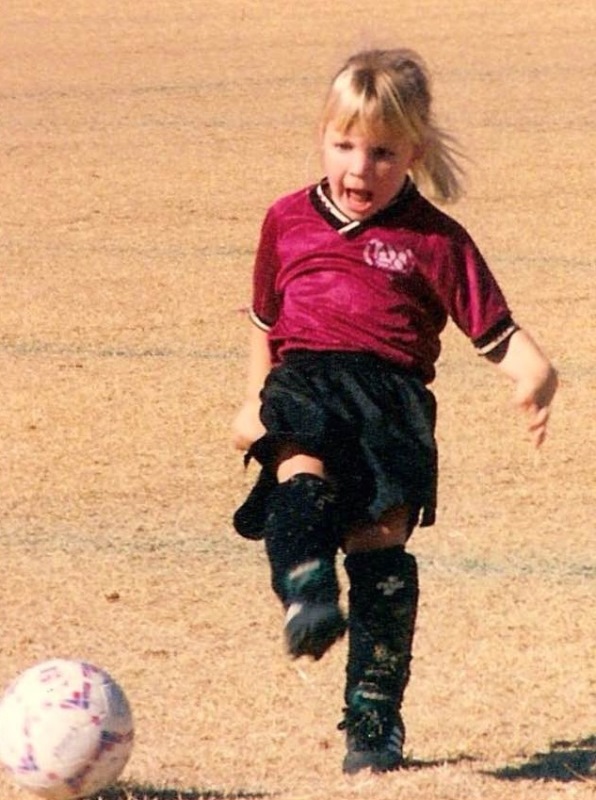 For Julie Ertz, it's always been about soccer.

From 2004-10, Ertz played for Sereno Soccer Club in Phoenix, where she played on the U-13 through U-19 teams, winning nine state titles and captaining of the team.

Ertz attended Dobson High School in Mesa from 2006-10, where she volunteered as a student athletic trainer all four years. Following her graduation, Ertz went on to play at Santa Clara University, where she majored in Communications and played on all three lines for the Broncos. She was a three-time First Team All-American.

U-20 World Champion in 2012
In 2012, Julie Johnston was selected to the roster for the FIFA U-20 Women’s World Cup in Japan. She was also named the team’s captain. At that tournament, JJ not only started every game (and played all but 32 minutes of the tournament), but she also marshalled a defense that defeated three extremely talented group winners in the knockout rounds of the tournament -- Korea DPR in the quarterfinal, Nigeria in the semifinal and Germany in the championship -- while allowing just one goal. She also won the Bronze Ball as the third-best player in the tournament, a rare honor for a defender. 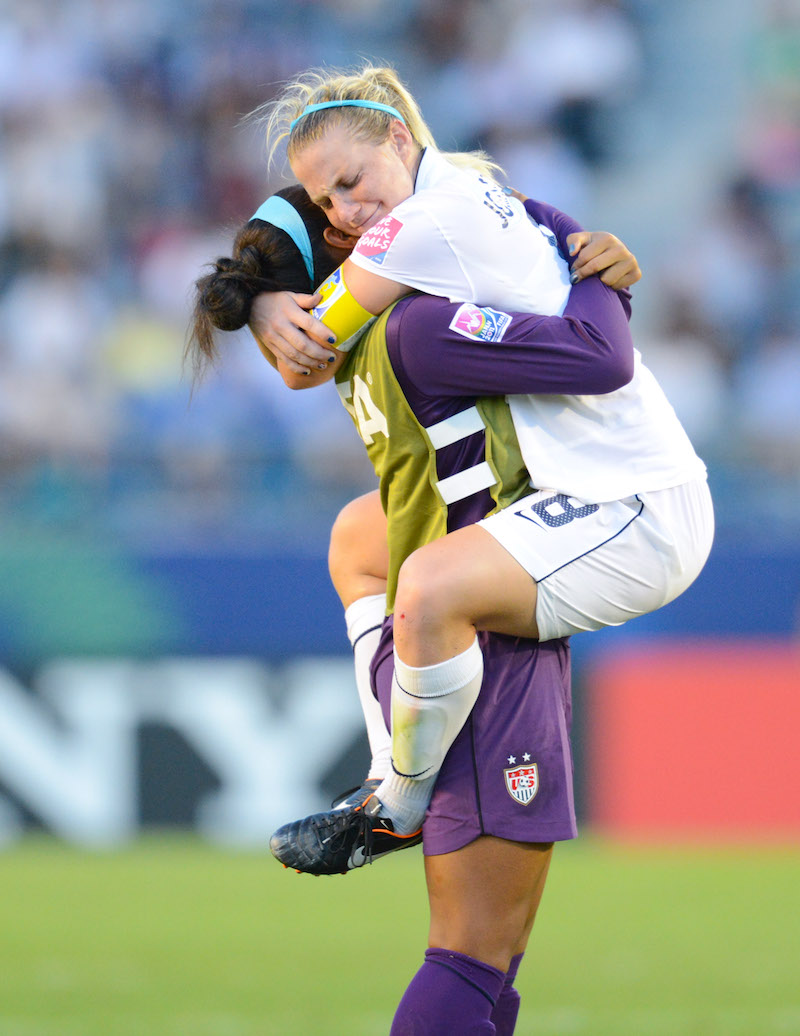 In 2012, Ertz not only captain the U-20 WNT to a U-20 WWC title, but she also won the Bronze Ball as the third best player of the tournament. She then went on to win the 2015 FIFA Women's World Cup, this time with the full U.S. WNT.

New Role, Always Versatile
Ertz, who has always been known for her heavy tackles and overall aggressiveness on the field, has spent most of her professional career as a center back, scoring eight of her first nine U.S. WNT goals from that position. In the latter part of this year she has embraced a new role for the National Team, though for Ertz it’s more of a return to her college roots. 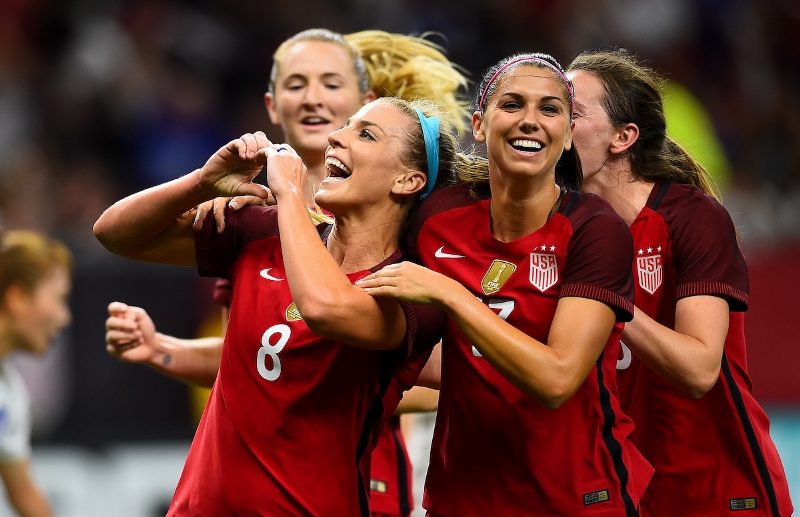 It's been a terrific year for Ertz, who so far has score five goals in 2017.

Back during her years at Santa Clara University, she played multiple positions, including many a shift in the center of midfield. In 20017 in the NWSL with the Chicago Red Stars, Ertz played primarily defensive midfielder, and since Aug. 3, that’s where she’s played with the WNT. She’s looked extremely comfortable, in part because she’s played there before, but also in part because the qualities needed to play both positions are quite similar.

“There are definitely a lot of similarities between playing as a center back and as a defensive midfielder,” Ertz said. “They’re both more defensive-minded positions. I’ve learned both and I’ve always appreciated the value of being a versatile player. I think my mindset every year is that I want to get better. Playing different positions is definitely challenging, but it’s also been extremely fun.”

Beautiful run and finish from our versatile defender to put 🇺🇸 on top. pic.twitter.com/dfJ0xT9vxj

Part of the fun of course, is scoring goals. Ertz scored six goals in the final eight games in 2017 – which included her game-winning goal against Brazil at the Tournament of Nations on July 30, a brace against New Zealand on Sept. 15, a goal against Korea Republic on Oct. 19 and again on Oct. 22 and most recently against Canada on Nov. 12.

Set Piece Queen
The most interesting aspect out of Ertz' 14 tallies so far? 13 have come on or originated from set pieces.

While Ertz had always been a threat inside the box during set pieces, her “new” role in the midfield has given her more opportunity to go forward and get into goal scoring positons. So far, it’s proven to be a boost for the U.S. and a problem for opposing defenses.

“She fills that role perfectly,” U.S. co-captain Becky Sauerbrunn said of Ertz following the game against Korea Republic on. Oct. 19. “We want that kind of a pivot player, someone who is going to break up plays and has that physicality.”

🗣 So good it Ertz! @julieertz in the right place at the right time. Again. pic.twitter.com/pgwYRgHJ2x

The Ertz family has a thing for Sundays.@julieertz ties @alexmorgan13 for the team goal lead at five! pic.twitter.com/JyHwsoG8rR

The Ertzs: Futbol & Football
In pro sports, there are many athletic couples, and then there are power athletic couples. Julie Ertz and her husband are the latter. Julie Ertz, 2012 U-20 Women’s World Cup Champion, 2015 Women’s World Cup Champion and 2016 Olympian, is married to Zach Ertz, a former Stanford All-American and starting tight end for the NFL’s Philadelphia Eagles.

Julie has been on the U.S. WNT for almost six years now, while Zach is currently in his fifth season with the Eagles. In 2017, Julie scored six goals for the USA, while Zach has eight touchdowns for Philly (so far). Each gives credit to the other for helping them navigate the ups and downs of professional sports (they both turned pro around the same time) while pushing each other to be their best physically and mentally. It’s a combination that makes them one of the most competitive, successful and dominant couples in sports. 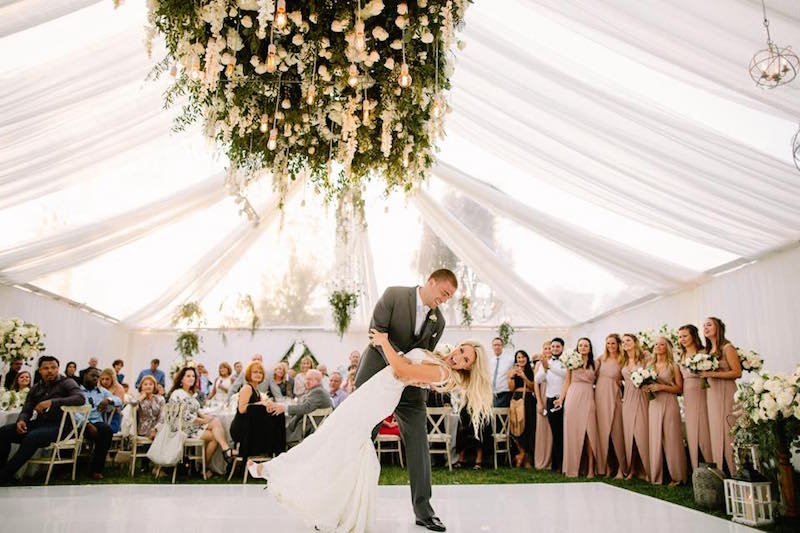 #GoUSA and #FlyEaglesFly are common sayings in the Ertz household.