After leading the Under-17 U.S. Men’s National Team to the Quarterfinals of the 2017 FIFA U-17 World Cup, John Hackworth now takes over a new U-17 player pool that will work towards qualifying for the 2019 FIFA U-17 World Cup, a journey that begins at the 2017 Nike International Friendlies. With a complete coaching resume that includes stops at the youth, collegiate and professional ranks, Hackworth has continued to pave the way in player development.

Here are five things you should know about the U-17 MNT head coach:

After graduating from Dunedin High School (Dunedin, Fla.), Hackworth played two seasons at Brevard College (Brevard, N.C.) in 1989 and 1990 before transferring to Wake Forest. In his three seasons at Wake Forest, where his primary position was right back, Hackworth earned Academic All-ACC honors. 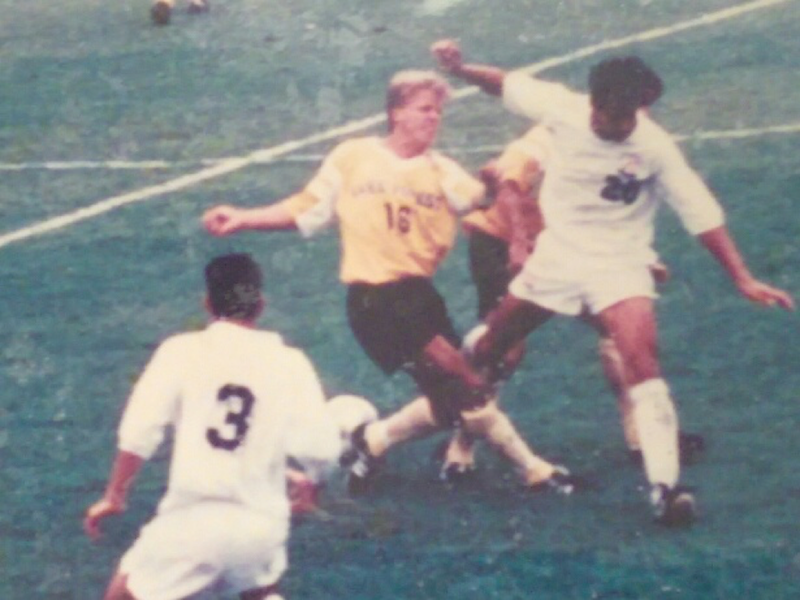 After college, Hackworth began his professional career with the lower league Carolina Crunch. Following two seasons with the Crunch, Hackworth was signed by the Carolina Dynamo of the A-League after he was spotted playing against the Dynamo, locking down future Trinidad & Tobago and English Premier League striker Stern John. Though he made good memories, Hackworth recalls his one season with the Dynamo as, “Having a cup of coffee in the A-League,” and hung up his cleats shortly after his run in the A-League.

Always having had a view towards coaching, Hackworth began working on his craft while still in his playing days at Wake Forest when he served as a youth coach at Twin City Youth Soccer (now NC Fusion). During his playing days with the Carolina Crunch, Hackworth also simultaneously worked as an assistant for the Wake Forest University Women’s Soccer team. One year later in 1993, Hackworth became an assistant with the school’s Men’s Soccer Team, a position he held until 1997. In his four seasons under one of his key mentors Jay Vidovich, the tandem helped lay the foundation for a program that would later go on to win a national title (2007).

In 1998 Hackworth took the head coaching job at the University of South Florida, where the 28-year-old became the youngest head coach in NCAA Division 1 Soccer at the time. In his four seasons at the USF helm, Hackworth led the Bulls to two Conference USA Championships and two NCAA Tournament appearances.

Hackworth also continued to hone his role in player development, going through the State and Regional Olympic Development Program (ODP) coaching ranks in North Carolina and Florida from the time he became the assistant Women’s Coach at Wake Forest.

THE RED WHITE AND BLUE CALLING

After success at USF and his experiences at the ODP levels, Hackworth left to take on his first coaching opportunity with U.S. Soccer as an assistant to John Ellinger with the U-17 Men’s National Team leading up to the 2003 FIFA U-17 World Cup. Coaching a roster of players led by Freddy Adu and Jonathan Spector, the U.S. used wins against Korea Republic (6-1) and Sierra Leone (2-1) to advance to the Quarterfinals where they fell to eventual champions Brazil.

In 2004, Hackworth moved into the head coaching role when Ellinger departed the U-17 MNT to become the first head coach of expansion M.L.S. side Real Salt Lake.

Hackworth led the U-17 MNT back to the Knockout Round of the next two World Cups. At the 2005 competition in Peru, a side featuring Jozy Altidore and Omar Gonzalez helped the USA defeat Korea DPR (3-2) and Italy (3-1) before a 2-0 defeat to the Netherlands in the quarterfinals to finish fifth in the world. In 2007, a U.S. team with Brek Shea and Greg Garza downed Belgium 2-0 in its final Group Stage game before a narrow 2-1 defeat to third-place finisher Germany in the Round of 16.

Upon the conclusion of the 2007 U-17 World Cup, Hackworth became an assistant coach with the Men’s National Team, assisting Bob Bradley in qualifying the USA for the 2010 FIFA World Cup in South Africa.

Concurrent to his role under Bradley, in 2007 Hackworth was also charged with starting the U.S. Soccer Development Academy where he served as the inaugural Technical Director.

Working closely alongside several key U.S. Soccer management officials, Hackworth collaborated in bringing to fruition the philosophies that continue to drive the Academy: more training, less games, more meaningful games, international standards and a holistic environment centered around individual player development. One of the key notions behind the Academy was to create everyday club environments that were similar to the U.S. Soccer Residency Program, where the daily, consistent focus was on development, something Hackworth nurtured first hand with the U-17 Residency Program.

Having just celebrated its 10th anniversary, the Development Academy is the highest level of youth soccer in the United States. Working to create elite, everyday environments to maximize youth player development in the country, the DA is responsible for helping develop current U.S. internationals Christian Pulisic, Kellyn Acosta, Weston McKennie, Tyler Adams and Matt Miazga, among many others.

In November 2009, Hackworth took on his first challenge in the professional ranks, becoming the first assistant and Youth Development Coordinator for Major League Soccer’s Philadelphia Union. In 2012, Hackworth was quickly tagged as head coach after a promising record in an interim role. Though he departed the club during the 2014 season, his legacy there can still be felt in the Academy ranks, where he laid the early seeds for the club’s burgeoning youth system.

In 2014, Hackworth rejoined U.S. Soccer as head coach of the U-15 Boys’ National Team, as well as serving as Andi Herzog’s assistant with the U-23 MNT. Things came full circle for the veteran coach at the end of 2015, when he continued on with the 2000 birth year to return as head coach of the U-17 MNT, tasked with leading the USA back to the 2017 FIFA U-17 World Cup in India.

Nearly two years later, Hackworth and his team fulfilled their mission in making their way to the U-17 World Cup. A high-flying attack which featured Josh Sargent, Timothy Weah and Andrew Carleton earned Group Stage wins against host India (3-0) and Ghana (1-0), before an emphatic 5-0 victory against Paraguay in the Round of 16. The victory was the USA’s first Knockout Round since the tournament expanded to 24 teams, but was also sixth overall for Hackworth as a head coach, tying him with Roy Rees (1987, 1989, 1991, 1993) for most wins by a U.S. coach at the U-17 World Cup. Though the side’s magical run ended with a defeat to eventual champs England in the Quarterfinals, Hackworth’s team once again showed well.

Beginning with the 2017 Nike international Friendlies, Hackworth now leads a new crop of players towards qualification for the 2019 FIFA U-17 World Cup.

Since 2002, Hackworth has been a U.S. Soccer coaching education instructor for the A, B and C licenses. Most recently in December 2016, Hackworth was part of the first graduation class of the highest form of soccer licensing offered in North America, the U.S. Soccer Pro License course. 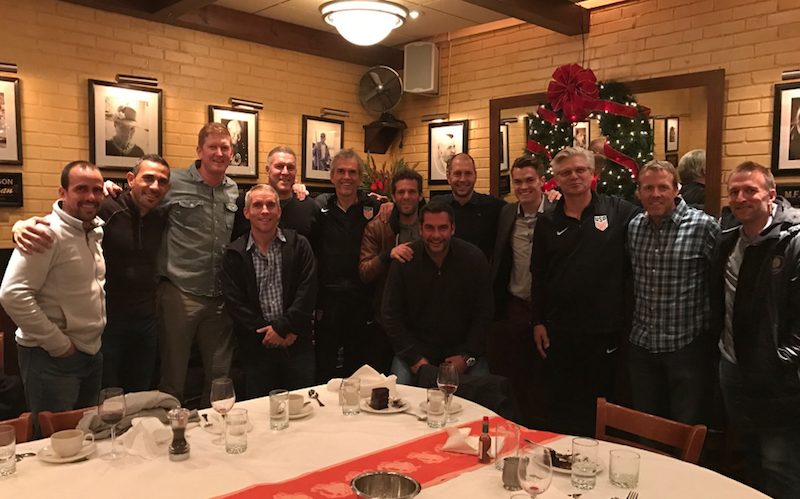 Some of Hackworth’s fondest U-17 MNT memories come from summer trips to Lake Burton, where he would bring his group to Rabun County, Ga. to explore the body of water near the Southern Appalachian Mountains. 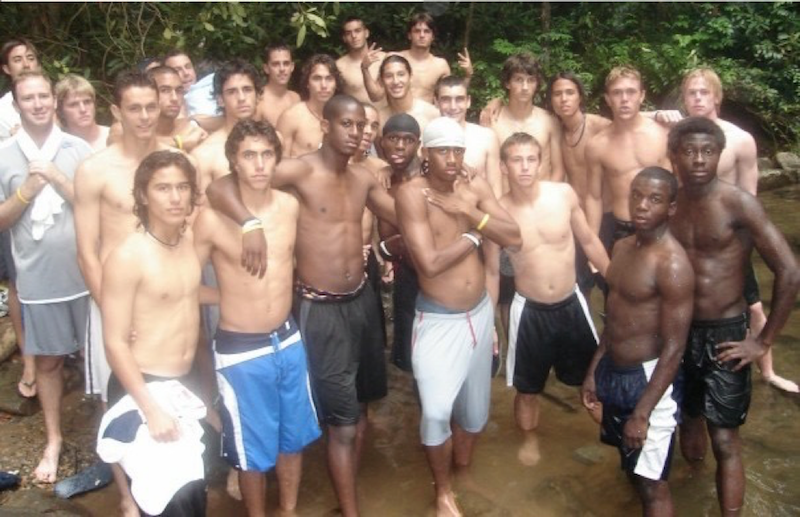 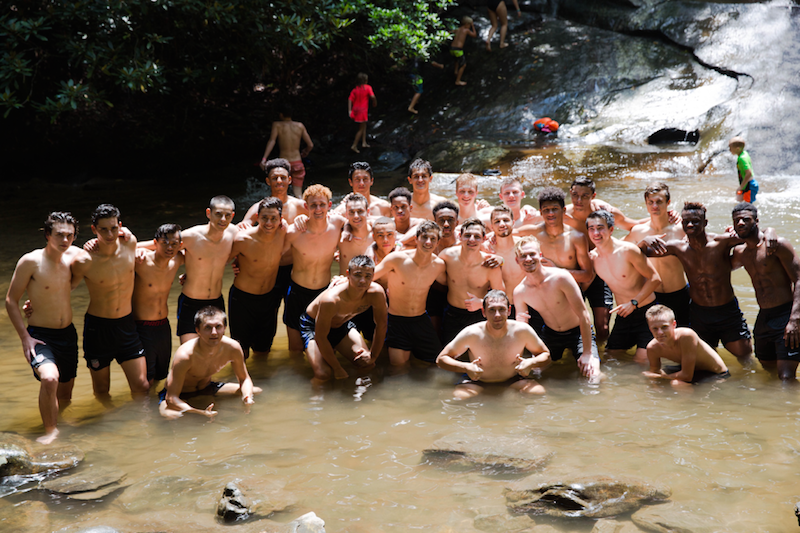