The U.S. U-20 Women’s National Team will continue play at the 2017 Nike International Friendlies on Saturday, Dec. 9 (6:30 p.m. ET) at Premier Sports Campus in Lakewood Ranch, Fla. when the Americans take on Finland. Here are five things you should know about the USA’s second matchup of the tournament.

U.S. Gets Point in First Match
The U.S. U-20 WNT comes into the match after an exhilarating 3-3 draw vs. England on Dec. 7 in its first game of the 2017 Women’s Nike International Friendlies. The USA took the lead on three occasions only for England to come back and equalize each time, including the game-tying score in the final seconds of regulation.

In the 90th minute, England cancelled out what looked to be an 87th minute game-winner from Sophia Smith as forward Alessia Russo, who plays at the University of North Carolina, headed a corner kick off the hand of U.S. goalkeeper Laurel Ivory and off the underside of the crossbar. As the ball fell, Ivory batted it away from the goal, but the assistant referee ruled that the ball had crossed the line.

Previously for Finland…
Finland will come into the match after a less than ideal start vs. Brazil in the opening game of the 2017 Women’s Nike Friendlies on Thursday afternoon. Brazil scored twice in each half to defeat Finland, 4-0, with a brace from forward Kerolina and a goal each from Mona and Valeria.

Nike Friendlies Continues World Cup Qualifying Prep for USA
The U-20 U.S. WNT has used 36 players in nine international matches this year in preparation for World Cup qualifying, taking on Norway, Germany, France, Japan and England while compiling a record of 5-3-2. Outside back Jordan Brewster earned her first U-20 WNT cap against England in the first game of the Friendlies on Dec. 7, playing all 90 minutes in an impressive first outing. 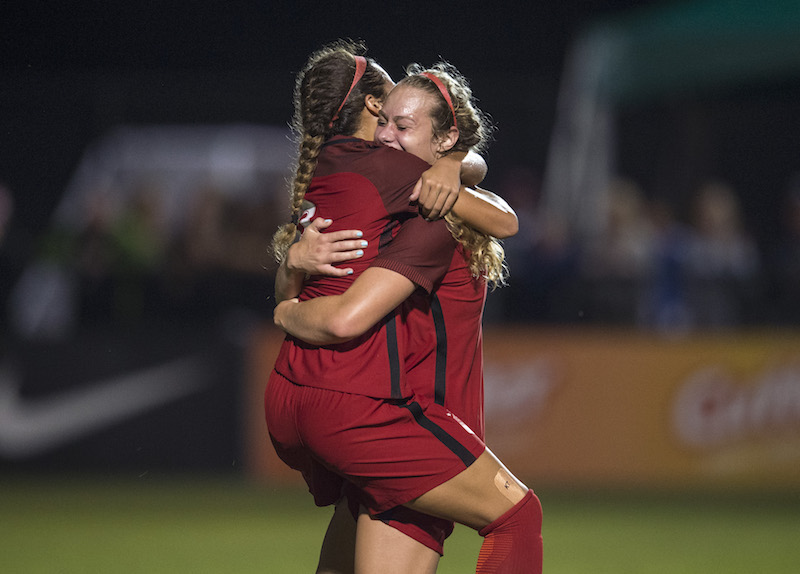 Sophia Smith scored a brace vs. England. She got an assist from club and country teammate Jaelin Howell on her first one.

Sophia Smith of Real Colorado leads the team with eight international goals this year after scoring twice against England on Dec. 7, while Stanford freshman Civana Kuhlmann has four and UC Berkeley freshman Abigail Kim has two. Twenty-one of the 24 players on the roster have U-20 caps, led by Savannah DeMelo, a member of the last U-20 WNT cycle, who has 21 caps.

More About Finland U-20 WNT
Finland has brought a slightly older team to the tournament as its 20-player roster features eight players born in 1997 and 12 born in 1998. Like all three of the visiting teams, Finland has several players playing college soccer in the USA in 5-foot-10 goalkeeper Henriikka Mäkelä who plays at the University of the Pacific in Stockton, Calif., and midfielder Katriina Kuoksa who plays for former U.S. WNT player Tiffany Roberts Sahaydak at Central Florida.

How To Watch
The tournament continues Dec. 9 at 3:30 p.m. ET with England facing Brazil, followed by the USA vs. Finland at 6:30 p.m. ET. Both matches will be streamed live on ussoccer.com, U.S. Soccer’s Facebook Page and U.S. Soccer’s YouTube Page from the Premier Sports Campus in Lakewood Ranch, Fla. with Mike Pepper calling the action.