Four months ago, Paul Arriola and Jordan Morris were two of the least experienced players earning consistent call-ups in the U.S. Men’s National Team player pool. Flash forward to the MNT’s ongoing January Camp and the two have the third and fourth most caps on the 29-player roster.

The shift in experience during the MNT’s annual January Camp came as a result of the team narrowly missing out on qualifying for the 2018 FIFA World Cup, something both players who made steady contributions during the campaign, admit they had to bounce back from.

"It’s something I never would have imagined," said Arriola, the only player on the January roster to appear in the 2-1 defeat to Trinidad & Tobago last October.

Morris most assuredly would have been there if not for a hamstring injury he sustained just days after providing a crucial, late assist in the MNT’s 1-1 draw at Honduras on Sept. 5. Instead, the forward watched on helplessly from Seattle as the MNT missed out on qualification for Russia by a goal.

“I felt for the guys,” he said. “It was tough for everyone, tough for the country and I think until we qualify for the next World Cup, you’re going to have that pain.”

“it’s tough to know how close we were to being in a World Cup,” Arriola added. “That was hard, but the future for me is bright I hope and for the rest of my teammates as well. The best way to move forward is always remember it and use it as motivation and looking towards the future.”

While some U.S. players may have played their last international game that night in Couva, Arriola (22) and Morris (23) recognize they should have plenty of years ahead with the MNT.

Both have experienced the rigors of World Cup Qualifying and tasted success last summer as the MNT, aided by Morris’ 88th minute game-winner against Jamaica, lifted the CONCACAF Gold Cup for the sixth time.

And while their combined 39 caps would currently rank them 68th on the MNT’s all-time appearance list, they headline the 29-player roster gathered in Carson, Calif., this month recognizing a need to show leadership in a group that has 15 players yet untested on the senior international level. 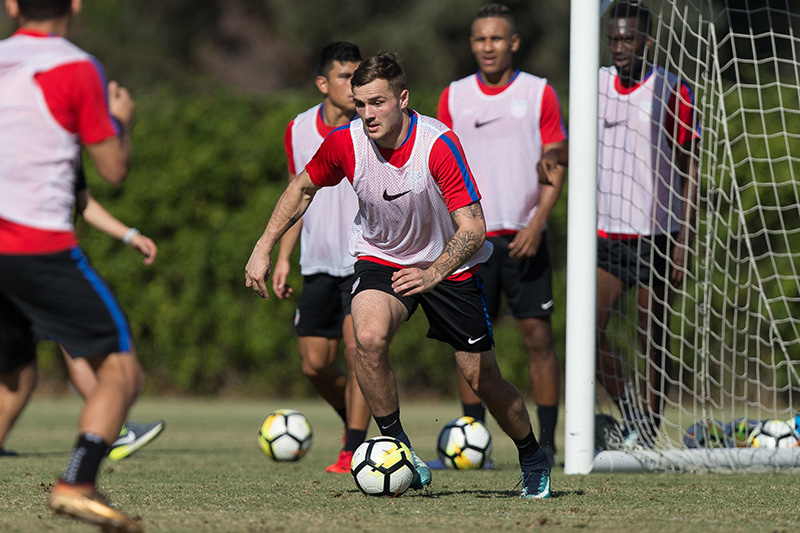 For Morris, it’s a new challenge.

“I’m not necessarily a vocal guy, but I’m trying to work on that more in this camp,” he said. “I know how beneficial that was for me coming into my first camp and having guys to talk to and bounced things off of. Hopefully I can try to be that for some of these younger guys here.”

A player that has prided himself on dedication to detail the last few years, Arriola looks at his call to leadership as setting the right tone for everyone around him.

“It’s the little things like remembering to stay as crisp and as sharp as possible. In the end, it can make the difference in going to the World Cup and not going to the World Cup. I think in that case it’s extremely important for me to be a strong leader – to help my teammates and always encourage them, but at the same time it’s a very serious time for us. It’s not too much fun or coming out here and enjoying the beautiful weather of California, it’s that we’re here to work and make sure what happened to us in October never happens again.”

Having come into the MNT as the youngsters during the last cycle, both players say they have become much better friends during the past 18 months. With that time, the admiration for each other’s games – though different – as well as their personalities has grown as well.

Arriola spoke highly of the character Morris showed in scoring the game-winner in last summer’s 2-1 victory against Jamaica.

“I don’t think I would have wanted anyone else to score the game-winner in the Gold Cup Final. He had lost his mark on the goal for Jamaica and being so young, for him to turn around right away and score the game-winner was great to see. He’s a great player, great person, awesome on and off the field. I’m extremely pleased for him and I know he’ll continue in the direction that he’s going.” 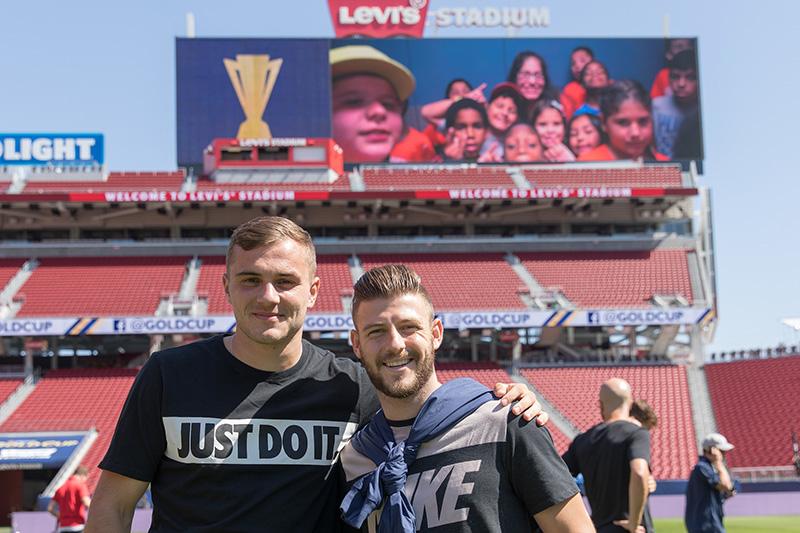 Meanwhile Morris underlined the respect he has for Arriola’s attention to detail.

“He’s such a dynamic player on the field, able to take guys on and run and put in some really good crosses. He’s very technically gifted and you watch him in finishing drills and he’s very good around the box, putting the ball away as well as being a provider. You’ve seen him grown on the international level in the last year and I think the move to D.C. has been great. I’m excited to see what the future holds for Paul.”