While one common theme throughout this year’s January Camp is the young nature of the roster on display in Carson, Calif., another is the handful of veteran professionals getting a first shot at the U.S. Men’s National Team.

A forward who has earned a reputation for finding the back of the net, Ramirez has scored 65 goals in 120 league appearances during his four seasons with Minnesota United FC. The first three of those years came when the club was playing in the second-division NASL, but any questions about whether he could continue his clip in the top division were put to rest in 2017 when he bagged 14 goals in 30 games during the Loons inaugural season in Major League Soccer.

Finishing third in goals among U.S.-eligible players, Ramirez stood out enough to earn his first call for this month’s camp, something that he said gave him chills.

“I was truly humbled and excited,” he told ussoccer.com “I was driving with my mom and my wife to the grocery store and I had to pull over and have my mom drive because I got that notification, that little ring that I knew was an e-mail that said ‘U.S. Soccer.’”

When he told his mother, she responded with a memory or her own.

“When I was 14, [some scouts] had told her that I was going to be invited to a camp. It never happened for whatever reason, and she never told me at the time, so she told me when I found out in December. It was a pretty emotional day...” 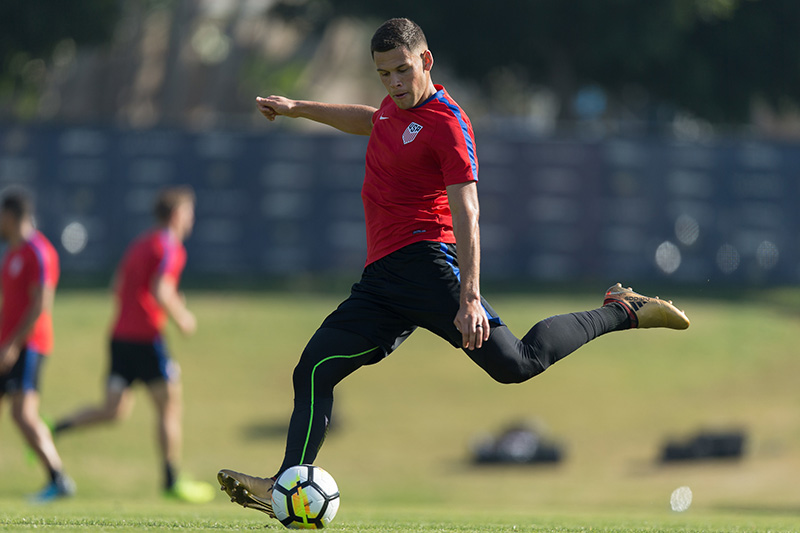 Twelve years after that prognostication, Ramirez is now a few days into his first MNT camp. While he skews a little higher than the roster’s average age of 24, he’s still filled with all the excitement that comes with being a first-timer and as part of a group pushing the program forward.

“There’s just a lot of hope leading forward for the U.S. There’s so many talented players coming up in the ranks and there’s a lot to be excited about with the U.S. There’s a lot of energy out here. It’s a nice feeling to have. This is my first one and guys have welcomed me. It’s a good group. It’s exciting to be a part of it. It’s a privilege, and I think everyone knows the responsibility that comes with putting on these colors.”

Training daily about 20 minutes away from his hometown of Santa Ana, Calif., the 6-2 striker is one of 15 players in camp looking for their first cap. He’s hopeful it will come at the end of the month when the MNT takes on Bosnia-Herzegovina at a venue he’s all too familiar with.

“It would be a dream come true to have my first cap at StubHub Center. I grew up watching LA Galaxy games here, watching Landon Donovan play here. To have my family in the stands for that would be an emotional day for me. That’s something in the back of my mind that I’m working towards every day that I’m out here.”