The month January has historically been a busy period for the U.S. Women’s National Team, with the new year always a good time to start fresh with rejuvenated legs and minds after the holiday break.

“It’s great that we have time at the beginning of the year to just focus on us,” said U.S. WNT defender Becky Sauerbrunn. “We do have a game at the end of this 2018 camp, but for two-and-a-half weeks, it’s all about testing, our fitness, where we are strength-wise and where we are, most importantly, soccer-wise. It’s a good time to fine-tune a lot of things that we worked on last year. It’s intense and it’s competitive, which is great, and it brings a whole added benefit of camaraderie, because when you go through things together, you stay together as a team.”

Going back to 1999, the USA has had some sort of activity in January in 17 out of the last 20 years, and 2018 is no exception as 26 players have come to the U.S. Soccer National Team Training Center in Carson, Calif., to kick off an important year for the U.S. team that will include World Cup qualifying next fall.

The U.S. WNT has been coming to Southern California for January Camp consistently since 2009, except for 2012, when the year started with Olympic Qualifying in Vancouver, Canada, and in 2013, when the players had January off after ending a long gold-medal winning 2012 with its final Achieve Your Gold Tour game on Dec. 15. 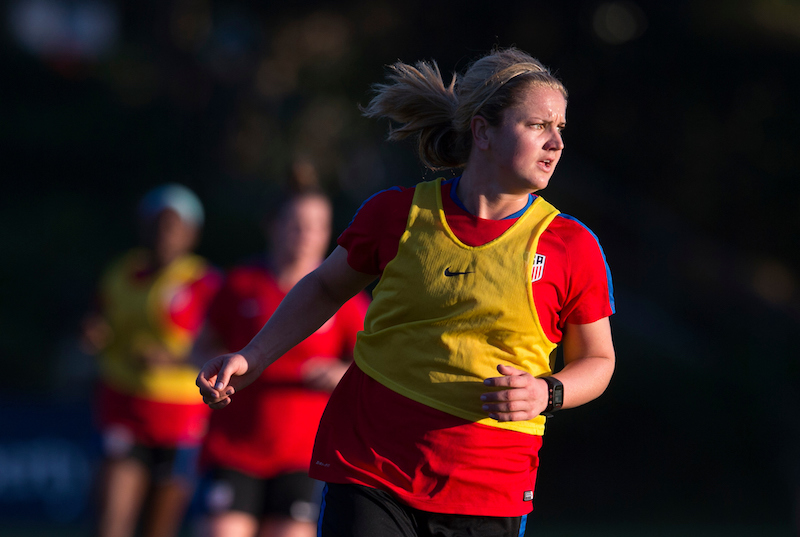 Training during January Camp is intense, with many days including two-a-days trainings.

This year will mark the fifth consecutive one with an extended training period at the StubHub Center in Los Angeles before the USA kicks of its 2018 schedule against Denmark on January 21 at San Diego County Credit Union Stadium (4:30 p.m. PT on ESPN).

“January Camp marks the start of a new year for us, and this one especially is an important one,” said U.S WNT forward Lindsey Horan. “We really buckle down, everyone that’s here, and we take advantage of this opportunity to work together and being together for more than a week which is what we did in the past year. We’re really starting to nail down everything and focusing on the details and it’s going to be an important camp for us as we continue looking forward to World Cup qualifying which is in October.”

While the January training camp has been going on for a while, a domestic game to cap off that training period is a relatively new prospect for the U.S. Women. In 2014, the USA kicked off the year with a 1-0 victory against Canada in Frisco, Texas. In 2016, the USA traveled from Los Angeles down the I-405 to 1-5 to San Diego to play the Republic of Ireland, winning 5-0 in a game marked by Mallory Pugh’s first game and first goal. This year, the USA returns to San Diego to face Denmark and cap off another intense January Camp, which beyond soccer, also impacts many factors that could make a difference in the next 18 months. 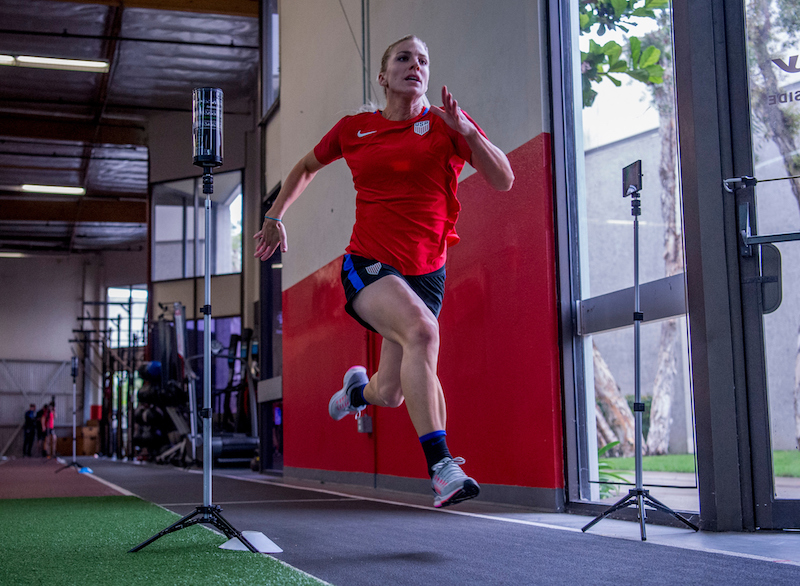 Besides on the field training, the #USWNT's January Camp includes days of fitness evaluations and testing.

“You never know what’s going to give you that extra 1% and this team believes strongly that your nutrition, your strength, your health, your agility are all factors that make a difference at the world stage,” Sauerbrunn continued. “With technology advancements, the testing has changed and it gets better, and we’re all excited to see the results, a lot of this is new to us but we believe in this and we know it will make us better as a team.”

In the previous 19 years, the USA has lost just three first games of the year, but never one at home.

“The vibe right now is that everything we do, every decision we’re making on and off the field, is towards 2019,” said Sauerbrunn. “Before that of course, is CONCACAF qualifying in the fall of 2018, but everything is gearing and leading us to be the best at qualification so that’s a little different from last year when it was an evaluation phase. Now, it’s finding the right personnel and philosophy so that we’re at all cylinders come October.”