Pioneers of the Game – Crabbe and Gordon’s Legacy Continues

In honor of Black History Month, we caught up with Kim Crabbe and Sandi Gordon, two pioneers of the U.S. Women’s National Team program and the first black women to be called-up and capped, respectively, by the U.S. WNT.
February 22 2018

Even if you’ve followed the U.S. Women’s National Team for years, it’s likely that you’ve never heard of Kim Crabbe and Sandi Gordon.

They were a part of the first group of players who more than 30 years ago set the foundation for what the team is today, but they also blazed another trail.

The U.S. Women’s National Team played the first four matches in its history in 1985 – losing two and tying two – and in 1986, Anson Dorrance took over the program. Under Dorrance, the team would go on to make history, winning the inaugural Women’s World Cup in 1991.

During the years that led up to that inaugural Women’s World Cup – 1985 through 1988 be exact – Dorrance gave call-ups to Crabbe and Gordon.

A Reston, Virginia native and a forward for the George Mason team that won the 1985 NCAA Championship, Crabbe was part of the squad which defeated Dorrance’s Tar Heels, 2-0, to lift the trophy, just the fourth ever contested for NCAA women’s soccer. 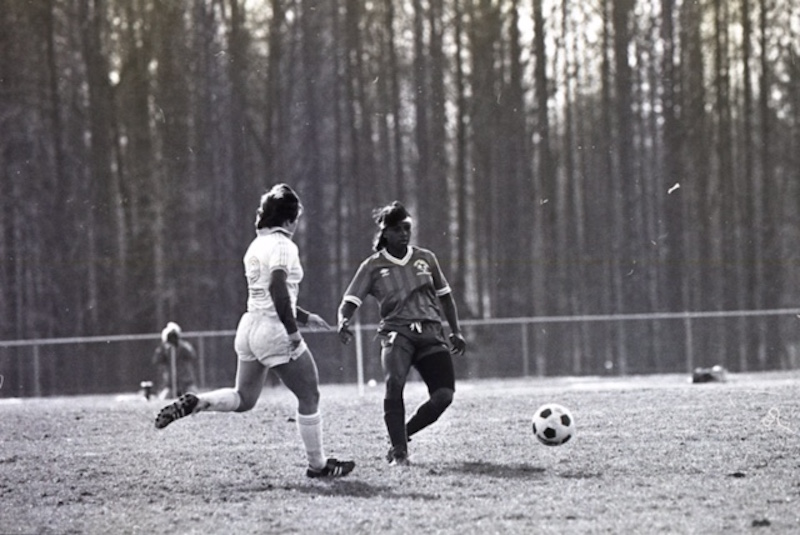 Kim Crabbe back in her college days.

“Kim Crabbe was fabulous,” said Dorrance all these years later. “We competed against her in college and I loved everything about her. She was a versatile player in college, but we used her as an outside back on the National Team. She was vicious into the tackle and had tremendous pace. We’ve kept in touch over the years and every time we meet socially, she’s the kind person who goes out of her way to thank me and say how much she enjoyed her National Team experience. She’s the kind of person who feels like it’s her duty to be kind and grateful. She’s just a wonderful and very positive person and it just makes my day every time I see her.”

Dorrance, obviously impressed by what he saw, called her up to the National Team for a training camp in Minnesota a few months after the Final Four and she became the first black woman invited to play with the WNT. She was young, eager and like every player who aspires to represent her country, thrilled.

“I was also somewhat overwhelmed,” said the then 20-year-old Crabbe. “But I embraced this opportunity as a once-in-a-lifetime experience, no matter what the outcome were to be.”

It was a time before the internet, years before the iPhone and even before email. In those days, players were informed by fax and through the U.S. Mail. “I remember receiving a packet that included specific practice regimens that were to be expected, including fitness requirements, and it was all very exciting,” she said. “I understood how life changing this could be, not only for my personal soccer career, but more importantly for women’s soccer.”

Crabbe went into that U.S. WNT camp with wide eyes and a big heart. She says that even back then the training was always uber-competitive. There were players from all over the U.S., but she was never nervous, just more anxious and grateful.

Though Crabbe didn’t realize it that time, her presence made history. It was the start of presenting a vision for talented and deserving young girls of all races across that country that they too could make it to the National Team. 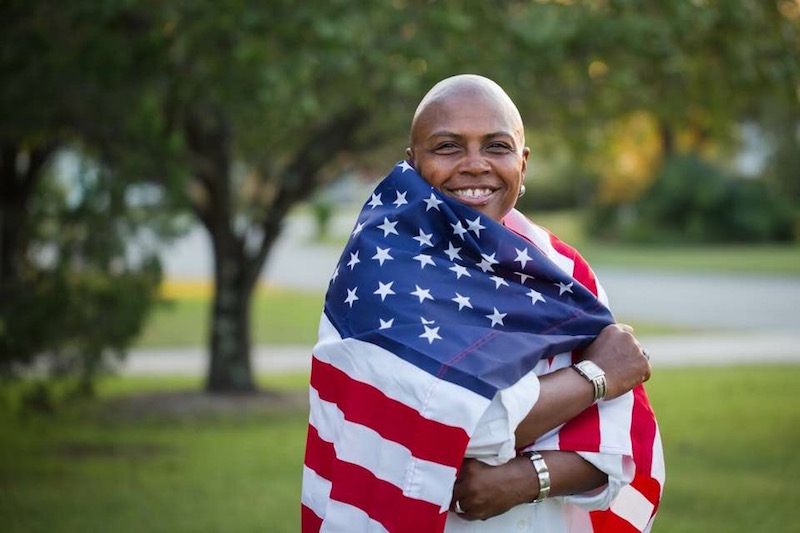 Proud to have been a pioneer for so many young women today, Crabbe still relished her time with the National Team.

“I think every player would agree that this amazing platform, these camps, offer a chance to leave it all on the field in hopes of representing the United States,” said Crabbe. “It comes as no surprise to see more women of color representing their country through this era of soccer.

“Personally, I'd love to see even more. It’s crucial to be able to see people who look like you in the media and out there making a difference and creating change and being influential. There are six women of color who are regulars on the current U.S. roster (Crystal Dunn, Christen Press, Mallory Pugh, Casey Short, Taylor Smith and Lynn Williams) and to me that is wonderful. We've made great strides since I played in 1986. The sport has evolved in a positive direction and I'm very proud to have served as a pioneer within this beautiful game.”

Crabbe was certainly one of the USA’s pioneers, but with so few games played back then, she would not go on to earn an official cap.

The honor of being the first black player to play in an official match belongs to Sandi Gordon.

Gordon did not play college soccer as those opportunities in the early 1980s were sparse. Her first experience with the U.S. WNT came a year after Crabbe was called up, and it was also at a camp in Minnesota.

“In the mid-eighties, the path to the U.S. WNT was far different than it is now,” Gordon said. “I was in the right place and the right time to receive a call up. My club team represented the West Region at the U.S. Amateur Cup in St. Louis in 1986, and then I played at the Olympic Sports Festival in Raleigh, N.C., in 1987. It was those opportunities that allowed me to be seen and I was called up by Anson Dorrance to take part in a U.S. National Team camp.” 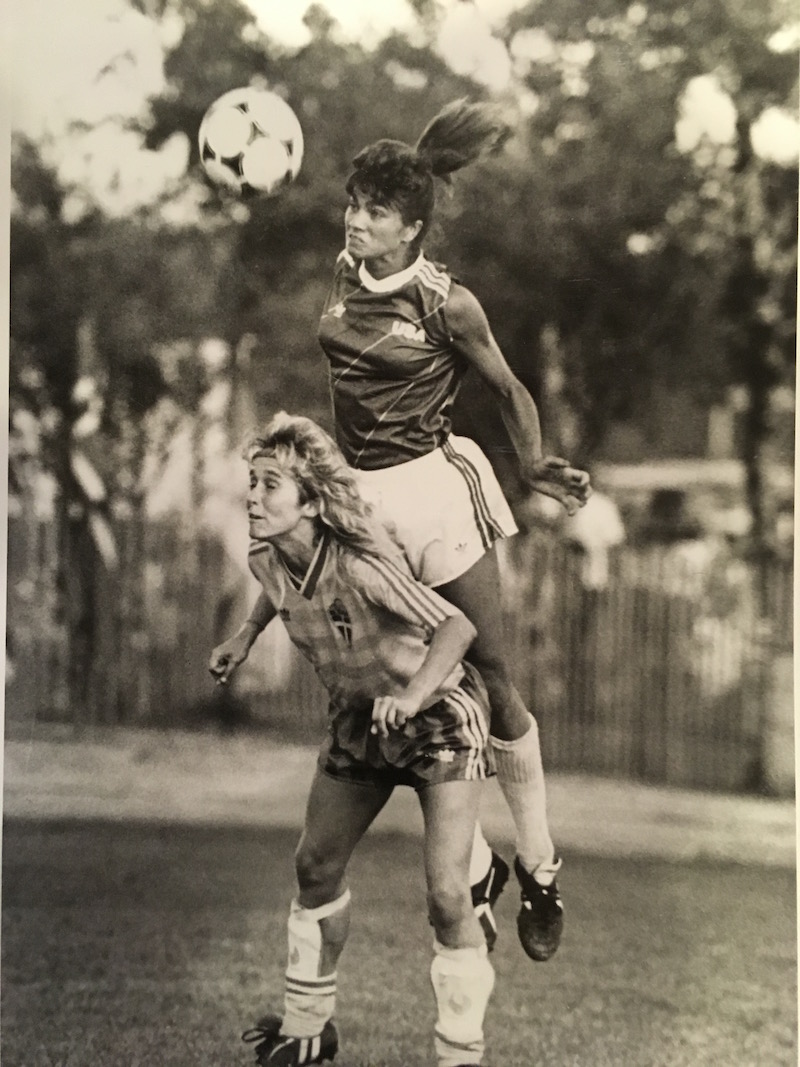 Gordon was the first black woman to be capped for the U.S. WNT.

The camp in Blaine was lead into a four-game series in which the USA played Norway twice, and Canada and Sweden once. Gordon’s first cap came against Sweden on July 9, 1987, a 2-1 loss. She played two days later against Norway, a 1-0 loss. (The Scandinavians were the world standard back then).

“Making the cut for the team was a thrill and stepping onto the field for my first cap was a great feeling of accomplishment,” said Gordon, who was 24-years-old at that time.

“When I saw Gordon, I couldn’t believe how good she was,” said Dorrance. “This was prototype defensive presence. She had pace and courage, tenacity and competitive fire. She was a fabulous player and incredibly intimidating. We could have played her anywhere in the back, or any flank position for that matter, anywhere it required someone to play with heart. I absolutely loved her as player and she was a joy to coach.”

Once again, at the time, the achievement did not feel extraordinary, but it was the moment when the history of black women representing a U.S. Women’s National Team began on a team that would go on to define itself as the most successful in world history.

Gordon would play four more games in 1987 and one in 1988, a nine-minute performance due to a pulled hamstring in a 1-0 win against France. That match, played in Italy, would be her last cap, but history had already been made.

“I have always been proud of who I am, but at the time I never thought of myself as being anything other than a player representing my country,” said Gordon. “I am a huge fan of our current U.S. WNT as every one of them has earned their positions through fair competition and hard work. I hope the way I played was an inspiration to all young women across the spectrum and showed them that they can achieve any goal no matter what their background.” 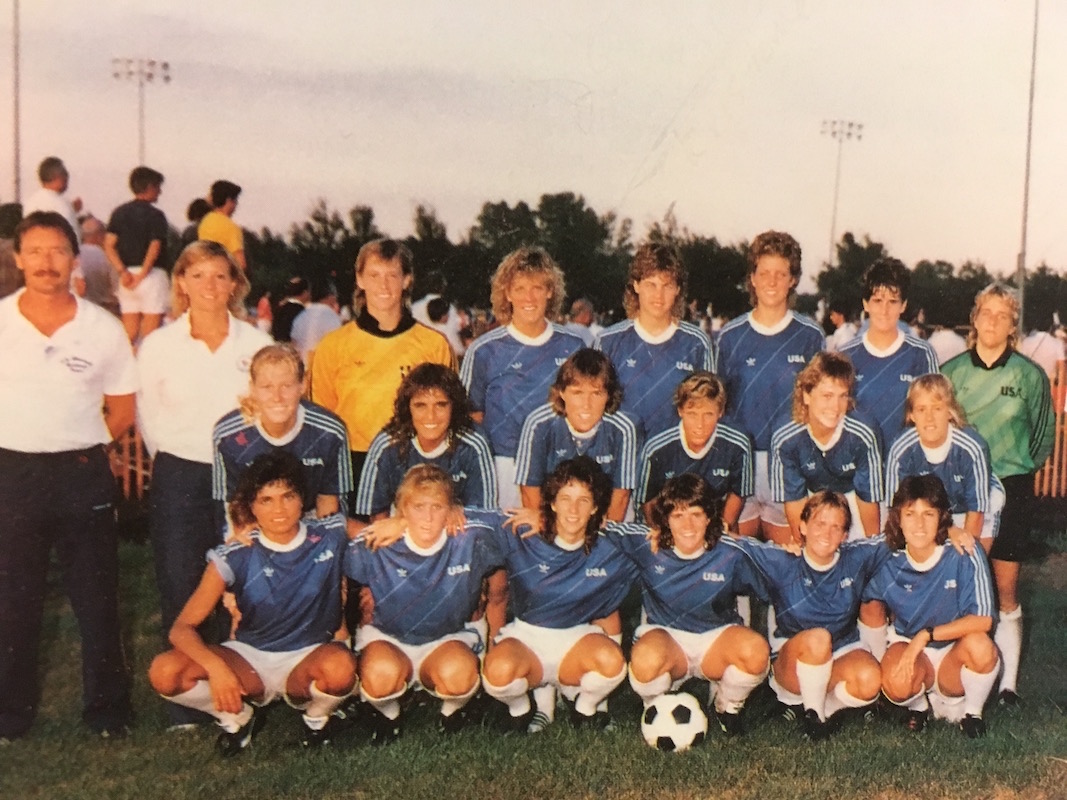 Teenagers Naomi Girma and Mia Fishel had probably never heard of Crabbe and Gordon either, but they will now, and players are connected through many years and several generations.

Girma, a defender who is of Ethiopian descent, often captained the U.S. Under-17 Women’s National Team during the previous cycle and is now a key player for the U.S. U-20s. Just last week, Fishel, who is black, captained the current U.S. U-17s during a tournament in Argentina, a team which at times has put out a starting lineup featuring seven young women of color.

It’s been almost 30 years since Gordon first stepped onto the field in the U.S. jersey and there has been much growth in women’s soccer, with much more to go. She feels honored to be a part of the tradition of players – of any race, creed or sexuality – representing their country and playing the game they love.

“What adds to the WNT aura, and perhaps the real appeal of this team, is that you can tell that they are playing not only for themselves but for each other,” said Gordon. “They play an incredibly pure form of the sport where each is giving it their all. If a player goes down, she gets back up again. That’s a wonderful message for life, and certainly inspirational for young girls and boys alike. I’m proud to have been a part of this.”