CHICAGO (March 23, 2018) – U.S. Soccer will soon launch its distinctive 2018 apparel collection, including new light and dark kits, during matches for the Men’s and Women’s National Teams.

The U.S. MNT will be the first to debut the National Teams’ new, dark kit on March 27 in Cary, N.C. when the USA takes on Paraguay at Sahlen's Stadium at WakeMed Soccer Park (7:30 p.m. ET; FS1, UniMás, UDN).

Soon thereafter, the U.S. WNT will launch the USA’s light kit when the team tangles with Mexico on April 5 at EverBank Field in Jacksonville, Fla. (7 p.m. ET; FS1, UDN).

Since 2014, the unifying phrase, “One Nation. One Team.” has defined U.S. Soccer. In the 2018 collection, the words are emblazoned on the inner neck of both our new light and dark kits. There, the adage forms a distinct starting point for a set of uniforms that will see both teams through initial qualifying stages for their next major international tournaments. 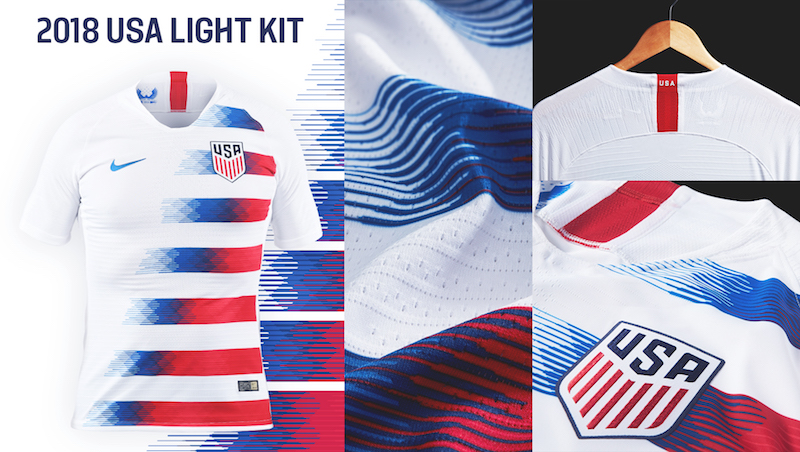 A stylized version of the American eagle, complete with 13 stars representing the original 13 colonies, forms a unique pride graphic inside the 2018 USA light jersey, while the stripes shift from red to blue. The diagonal flow of the blue forms an abstract sash, a subtle ode to a regular design element in U.S. kits through the ages.

“I love how patriotic it is. It’s bright and makes a statement,” U.S. WNT forward Mallory Pugh said of the USA’s new light kit. 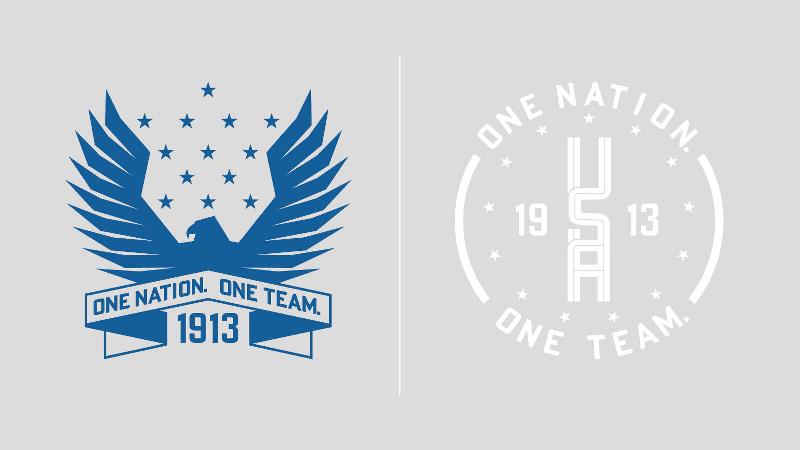 While the inspiration of the light kit is grounded in the familiarity of our flag, the dark kit reflects excitement in embracing the unknown through a gesture to space travel notable in the inner pride badge, which features a custom USA icon inspired by NASA Space Mission badges, and sleek, negative shaping of the shirt’s stripes.

“The kit is so unique; there is nothing out there that looks similar. I love the blue kit, it’s so clean and crisp,” U.S. MNT forward Christian Pulisic said. 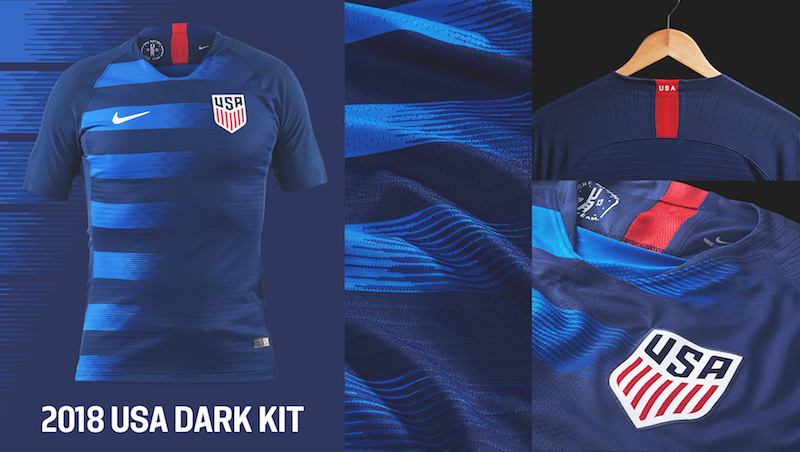 Another statement is made via the kits’ custom name and number set. The typography is inspired by American muscle car emblems and features crisp racing stripes augmented by an inset star pattern.

The 2018 U.S. Soccer collection also includes a pre-match jersey, a tonal red affair adorned with stars, along with training, travel and leisure apparel. 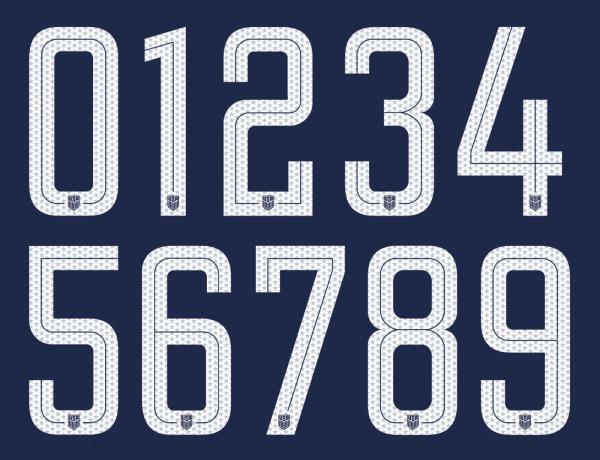