On Thursday, France dropped its first match of the 2018 SheBelieves Cup, a 4-1 result against England in Columbus. Les Bleus will now look to bounce back against an energized U.S. WNT, which is coming off a 1-0 victory against Germany, when the teams square off on March 4 (12 p.m. ET; ESPN2) at Red Bull Arena in Harrison, New Jersey.
March 3 2018
5 Things 2 Know

On Thursday, France dropped its first match of the 2018 SheBelieves Cup, a 4-1 result against England in Columbus. Les Bleus will now look to bounce back against an energized U.S. WNT, which is coming off a 1-0 victory against Germany, when the teams square off on March 4 (12 p.m. ET; ESPN2) at Red Bull Arena in Harrison, New Jersey.

Here are five things to know about the young France squad.

SheBelieves Cup Champions Meet
Only two teams have won the SheBelieves Cup: the USA in 2016 and France in 2017. The teams have also split the results of their previous two matchups in the tournament. In the 2016 SheBelieves Cup, the USA defeated France on a dramatic goal in second half stoppage time from Alex Morgan in Nashville, and a year later, France flipped the script and blanked the U.S. 3-0 on a rainy night in Washington D.C. in a match that saw great chances for both teams. 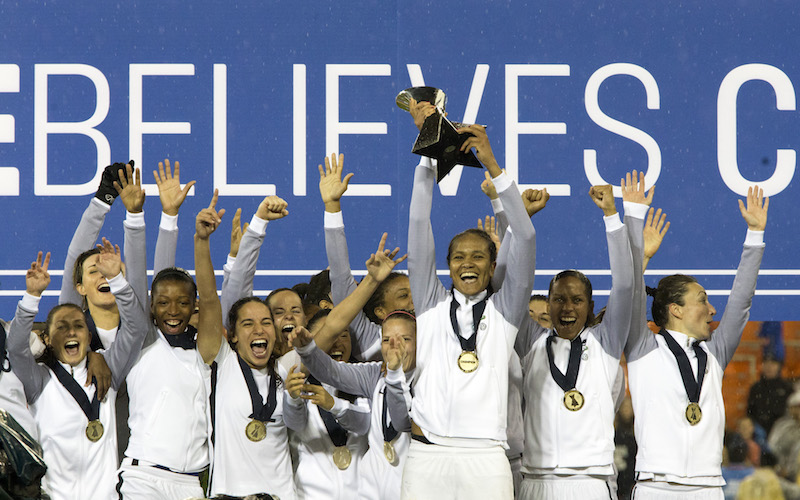 Now, in the third installment, the U.S. Women’s National Team and France will meet on the second match day of games as the USA looks to build on a strong performance against Germany, while France hopes to bounce back following a tough setback against England.

Thirteen players on the USA’s 2018 SheBelieves Cup roster played against France last year at this tournament, with seven starting. France has eight players on its roster who played against the USA last year, but only six who started.

USA vs. France: A Brief History
The USA is 17-2-2 all-time against France, with the first loss coming on Feb. 8, 2015, a 2-0 loss in Lorient, France that kicked off the 2015 schedule for both teams, and the second coming at last year’s SheBelieves Cup. The USA avenged the loss in Lorient with a 2-0 victory in the championship game of the 2015 Algarve Cup in Portugal as Julie Ertz (neé Johnston) and Christen Press scored.

Despite first playing France in 1988, the U.S. Women do not have an extensive history against France, having played just 21 times and only nine times after a 2006 meeting at the Algarve Cup in Portugal.

Several U.S. players have experience in France. Lindsey Horan played with and against many of the French players while playing with Paris Saint-Germain. Horan lived and played in France for three-and-half years. Morgan played for three months for Olympique Lyon last year, helping the club to the League, Cup and Champions League title. Morgan Brian is currently with Lyon on a two-and-half year contract and has played in two games so far, while scoring in a French Cup match. Megan Rapinoe also played halves two seasons for Lyon.

Busy 2017 for France
The France Women’s National Team had a busy 2017 schedule, playing 17 games which included the 2017 SheBelieves Cup title and a quarterfinal run at the EURO Women’s Championship.

France finished last year with a 10-2-5 record, with its two losses coming to two of the three teams competing at the 2018 SheBelieves Cup – England and Germany.

The first set back was against England on July 30, 2017 in the quarterfinals of the Euros. The 1-0 loss was the first time the French lost to England since 1974. France regrouped after that game and went on to win four straight before dropping a friendly to Germany 4-0 on Nov. 24 in Bielefeld, Germany on its second-to-last game of the year.

Corinne Diacre Takes the Reign
France’s new head coach is former star player Corinne Diacre. She debuted for France at the age of 18 and compiled 121 caps for Les Bleus. She played in the 2003 FIFA Women’s World Cup and the 1997, 2001 and 2005 European Championships, where she was the team captain. Diacre gained some worldwide notoriety when she took after as the coach of the French men’s professional club, Clermont Foot, in 2014.

She coached the Ligue 2 side until 2017 when she took over the France Women’s National Team (she was appointed at the end of August) and is charged with the large and important task of leading her home country into a Women’s World Cup on home soil in 2019. Diacre called up players from eight different French clubs, reflecting her philosophy of expanding the French player pool as it prepares to host the 2019 Women's World Cup.

Building for 2019
France will host the 2019 FIFA Women’s World Cup next summer, so the SheBelieves Cup matches are crucial as it won’t be participating in Euro Qualifying due to the automatic bid. 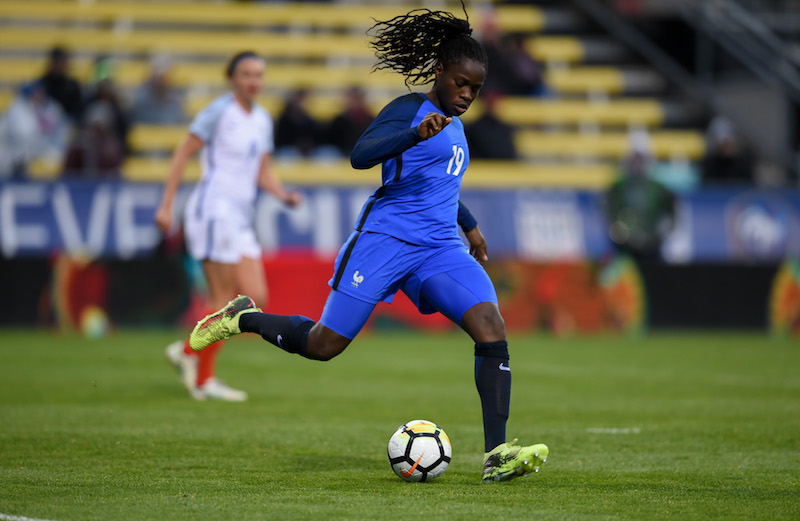 With a new head coach and some younger players, France only returns 12 players from last year’s SheBelieves Cup team, but most of those are the bedrocks of the squad. Although Camille Abily and several other top talents have retired, France has some experienced players with five having 70 or more caps, led by veteran central defender Laura Georges (187 caps/7 goals) who could become one of the rare international players to play more than 200 times for their country. She played collegiately at Boston College in the USA from 2004-07.

Veteran midfielder Gaetane Thiney, who plays for Paris FC and dynamic forward Eugenie Le Sommer of Olympique Lyon are France’s main scoring threats, having combined for 121 international goals, 64 in 151 games for Le Sommer and 57 in 142 for Thiney. France is in a transition period and brings 13 players to the tournament who are around 23-years-old or younger. Some of those talented young players have come up through the youth National Team ranks and include, defender Griedge M’bock, defender Grace Geyoro, defender Aissatou Tounkara and midfielder Kadidiatou Diani, who were all major parts of the France team that won the 2012 FIFA U-17 Women’s World Cup. Diani scored four times in the tournament and M’bock once.