WNT and China PR Share Rich History on the Field

The USA and China have played each other 56 times over the past 32 years, with China being the second-most common opponent in WNT history behind only Canada (58 games). These matches will level the Steel Roses with the Maple Leafs. 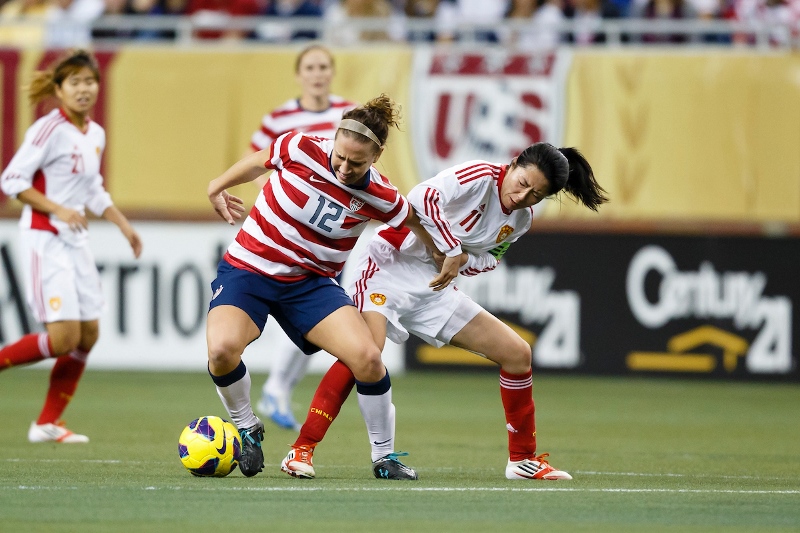 The USA has a 34-9-13 record against China, with the nine losses being the most to any opponent except for Norway, which has beaten the USA 19 times. These many meetings have created a storied history between the teams that is felt even as the players and coaches change over the years. In the 1990s, the USA, Norway and China were THE teams competing for world titles, with the USA and China meeting in three Women’s World Cups and two Olympic Games, among many memorable matches.

In the 1990s, China featured some of the world’s best players at their positions, including legendary forward Sun Wen, defender Fan Yunjie, midfielders Zhao Lihong and Liu Ailing and goalkeeper Gao Hong. The U.S. of course had a star-studded lineup of players, any of whom could have been selected to a world’s Best XI, and that made for some epic matches between the teams. 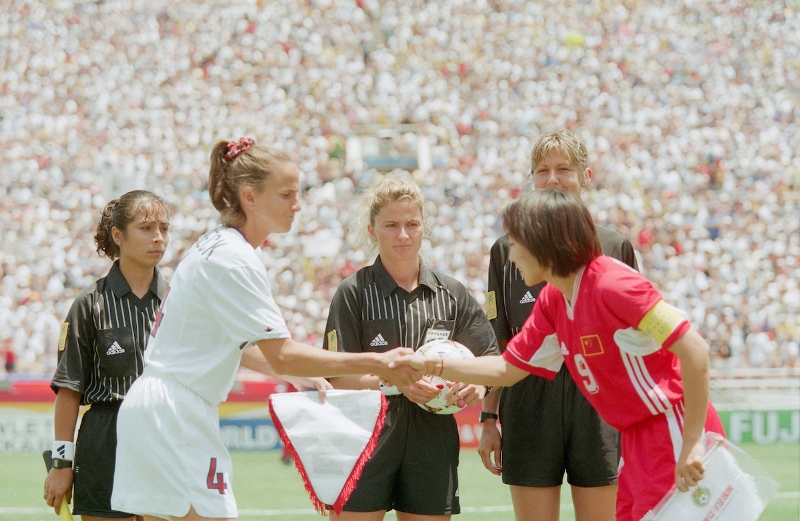 The first meeting on a world stage came in the opening group match at the 1995 FIFA Women’s World Cup in Sweden. In a wild 3-3 draw, the USA was ahead 3-1 with about 15 minutes left, but China scored in the 74th and 79th to earn a point. The teams met again in the third-place match with the USA winning 2-0 to finish with the bronze medal in their second FIFA Women’s World Cup appearance.

The following year, the U.S. and China once again played each other twice in a world championship at the 1996 Olympic Games in the United States. The teams played to a draw in their group stage meeting (this time 0-0 in Miami) but the USA later came out victorious in the most important game, defeating China 2-1 in the gold medal match in front of 76,489 fans in Athens, Ga., to win the first Olympics in which women’s soccer was contested. Shannon MacMillan and Tiffeny Milbrett, college teammates at the University of Portland, scored the goals.

The most famous USA-China matchup of all-time was of course the historic 1999 FIFA Women’s World Cup Final in Pasadena, California.

Attended by 90,125 fans on a sweltering July 10 afternoon, the crowd is to this day the largest in women’s soccer history, and remains a symbol of the passion and growth that women’s soccer experienced in this country from that point on. The gut-wrenching way in which the game unfolded – the scoreless draw in regulation, no goals in extra time, the unforgettable penalty shootout and subsequent Briana Scurry save and Brandi Chastain goal celebration – provided some of the most iconic moments in American sports history, but more importantly, it lit up a fire for women’s sports in the country and laid a foundation for the building of a U.S. WNT brand that has been maintained for the last 19 years. 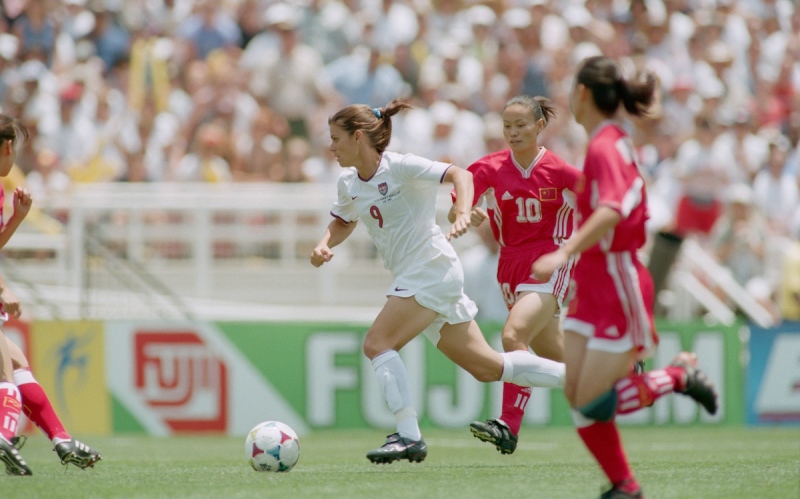 The 1999 FIFA WWC Final remains one of the most thrilling moments in U.S. sports history.

The USA and China met in a second Olympic Games in Melbourne, Australia in 2000, a 1-1 draw in group stage play. The USA would later go on to play in the gold medal game but fell to Norway 3-2 on a “golden goal” in overtime and came out with the silver medal instead.

This 11-year period between 1999-2011 was the busiest for the WNT and the Steel Roses, with the teams meeting 26 times and the USA allowing 17 goals overall. Out of these 26 games, only twice did a team win by more than a two-goal difference. In the last seven years, the teams have played each other 12 times, with the USA largely dominating the series, winning 10 matches and outscoring China, 30-4. 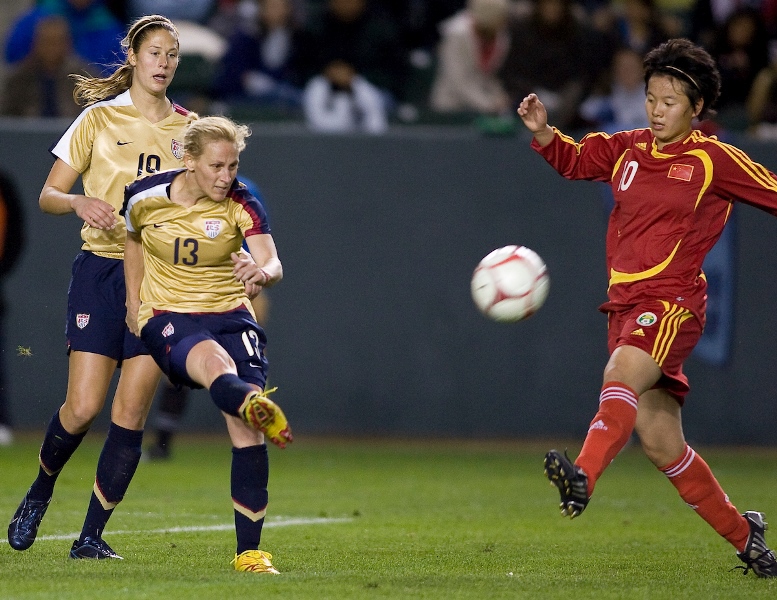 During her 352 caps with the U.S. WNT, Kristine Lilly face China PR many times in her career.

China won seven consecutive Asian Cup titles from 1986-99, but has only one won since, as the rise of North Korea, South Korea, Japan and Australia has made the Asian Confederation one of the world’s most competitive. China went through a difficult transition period in the first part of the decade, failing to qualify for the 2011 Women’s World Cup and the 2012 Olympics, but has shown improvement in recent years with a new generation of talented players.

Most recently, the USA and China met in 2015, first during the quarterfinal of the 2015 FIFA Women’s World Cup – a terrific match the USA won on a spectacular header from Carli Lloyd – and twice during the USA’s Victory Tour later that year. The USA won 2-0 on Dec. 13 and fell 1-0 on Dec. 16, 2015. The latter match was also the final game for legendary striker Abby Wambach, who retired from international soccer as the all-time leading scorer with 184 goals.

By the time China gets to Salt Lake City, it will know it’s World Cup fate, as it begins play in the 2018 AFC Women's Asian Cup on April 6 against Thailand in Jordan. The top three teams in that tournament will qualify for France.

For the USA, these two high level matches will provide excellent preparation ahead of October’s Concacaf qualifying tournament for the 2019 FIFA Women’s World Cup and will write two new chapters in the long history between the two women’s soccer powers.