On June 12, 2018 in Cleveland, Ohio, against the People’s Republic of China, U.S. WNT forward Christen Press earns her 100th appearance for the U.S. Women’s National Team. Five years, four months, and four days after she debuted for the USA on Feb. 9, 2013. Her first cap foreshadowed what was to come from the dynamic forward whose journey took her from the suburbs of Los Angeles, to stardom at Stanford, to a wildly successful stint in Sweden, a place on the alternates’ squad at the 2012 Olympics, and eventually to the scoresheet in the 2015 Women’s World Cup opener.

She scored not once, but twice that day in her first game, which came against Scotland in Jacksonville (READ: First Cap, First Goal ), and since then has averaged just under 20 matches per year for the USA, becoming one of the most consistent call-ups for the U.S. team over that time. 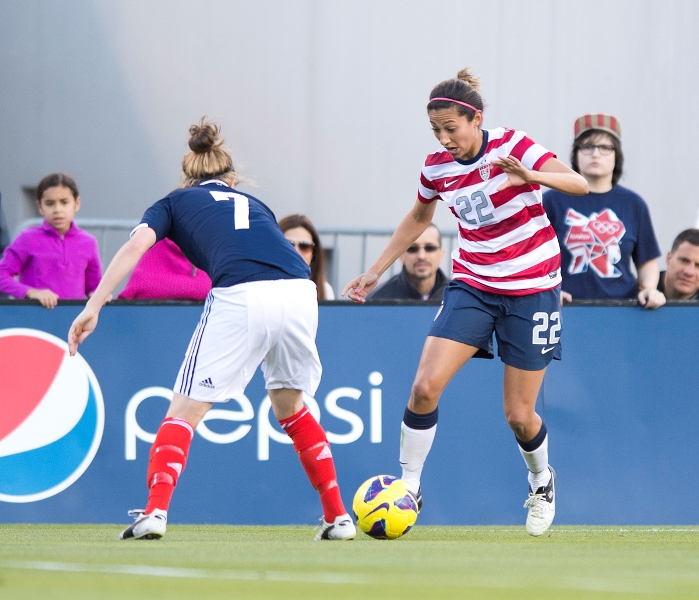 Press has started almost exactly half of her caps, but has seen action in nearly every game during her career and prides herself on doing all the things off the field to make sure she’s ready when the stadium lights go on. Press possesses excellent speed, a slipperiness on the dribble inside the attacking third, and most importantly, a knack for scoring goals, fueled by countless hours of finishing drills on the training field since she was a little girl, as well the simple fact that she just loves scoring.

These qualities have allowed her to make an impact on the U.S. team as a starter or as an important player off the bench – a “game-changer” as the USA’s subs are called in the team culture – when she comes into the games with fresh legs and a hunger for goals.

Throughout her career, Press has become almost the equivalent of the NBA’s sixth man – that player who may or may not start, but can change the game when they step into the action. An impact perform performance – even if it’s off the bench – will always be valuable to a team, and for Press, being ready to play whenever needed throughout her entire career is something she is proud of, because it’s much easier said than done. 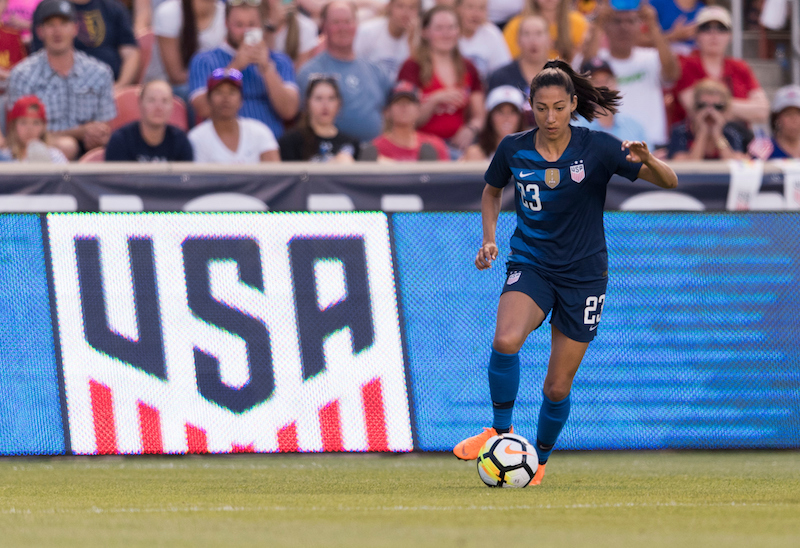 As a starter or as a sub, Press makes an impact when she steps on the field.

“I have been available for every single National Team game,” Press said with a big smile on her face. “I haven’t played in every single one, but I’ve been available since my first cap and I do think that’s different. Most players on this team have gone through some sort of injury or something. I work very hard in my down time to do my recovery and strengthen and make sure I’m available in those games and I take a lot of pride in that.”

Press was just the fifth player in WNT history to score in double-figures in goals for three consecutive years. The first four make up quite an impressive group of players. Mia Hamm (twice), Abby Wambach (twice), Tiffeny Milbrett, and Carli Lloyd also accomplished the feat (Lloyd over the same time span as Press). All have scored more than 100 times for the USA.

Including this year’s seven games so far, the USA has played 114 matches since 2013. Press has seen at least one minute of play in 100 of them.

She’s also scored 44 goals throughout her career, good for 14th place on the all-time WNT goals list. With one more goal she will tie Julie Foudy for 13th place. Press has averaged just under a goal every two games (0.45 goals per game) and 0.82 goals per every 90 minutes she’s been on the field. 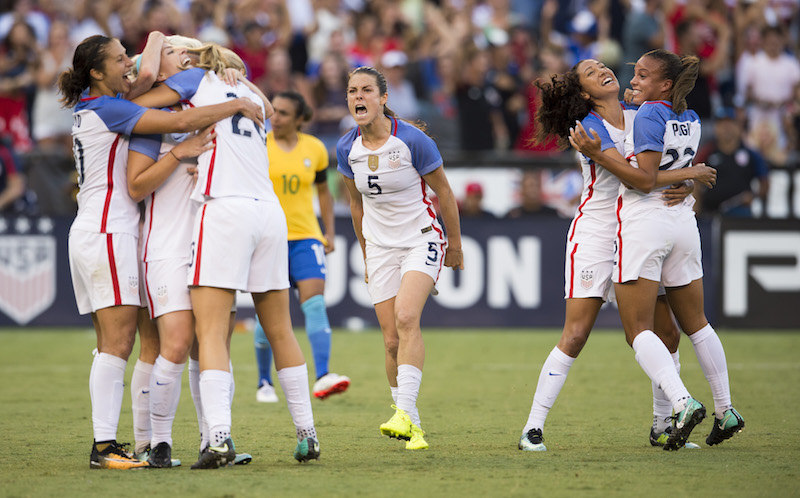 Press celebrates with her teammates as the USA makes it 4-3 against Brazil at the 2017 Tournament of Nations.

“I’ve definitely thought about this moment,” Press said while reflecting of what earning 100 cap means to her. “I think if I look back on my career of 100, or from 1-100, it’s been a long road and a lot of ups and downs. Some of the best memories of my life are with this team, and some of my favorite people are on this team, so I think that’s very special. When I think about my 100 caps, I also reflect on some of the people who aren’t here anymore that really touched me and affected me and my game. For me, 100 is an opportunity to be grateful and to reflect on the opportunities that I’ve been given.”