When Jay Heaps was playing for the Miami Fusion and Tom Soehn for the Chicago Fire in the 2000 Lamar Hunt U.S. Open Cup Final, they could not have predicted they would be teaming up to prepare for the tournament in Birmingham, Alabama 19 years later.

Now, Heaps is president of the Birmingham Legion and Soehn the team’s head coach. And they are hoping their first-year team can continue their winning start in one of sport’s longest-running tournaments, after beating lively amateurs West Chester United Predators 4-1 in the Second Round of the U.S. Open Cup last week. 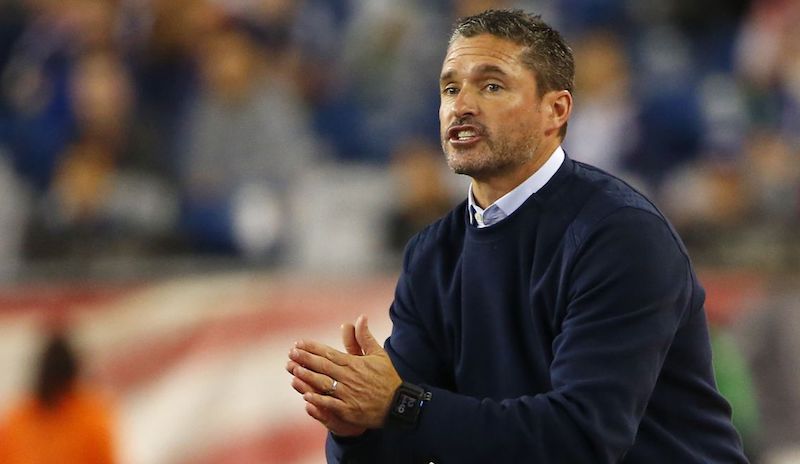 “We talk about the history of it,” Heaps said of the Open Cup. “You love the fact that if you win, you know you’ll be there forever.”

Heaps won the 2007 Cup as a starting defender for the New England Revolution (current Legion assistant coach Khano Smith played in midfield), a 3-2 decision over FC Dallas. As a coach, Heaps guided the Revolution to the 2016 finals, with Soehn as his top assistant, but this time, FC Dallas exacted revenge with a 4-2 win.

Winner as Player & Coach
Soehn can go Heaps one or two better, though, as he is among the few who have won the event as a player and coach: he was a member of title teams with the Dallas Burn (now FC Dallas) in 1997 and the Fire in 2000, and guided D.C. United to the ’09 title.

“I mean, to be honest, Jay was quite the competitor, he was one of those guys you loved to beat,” Soehn recalled. “So, if you asked me if we would be working together I would have said ‘no chance’. But when you meet him off the field, he is a great guy. We formed a bond and we see the game through the same lens, what we liked in a team, what makes a team. We clicked from the get-go and we’ve worked together for quite some time.” 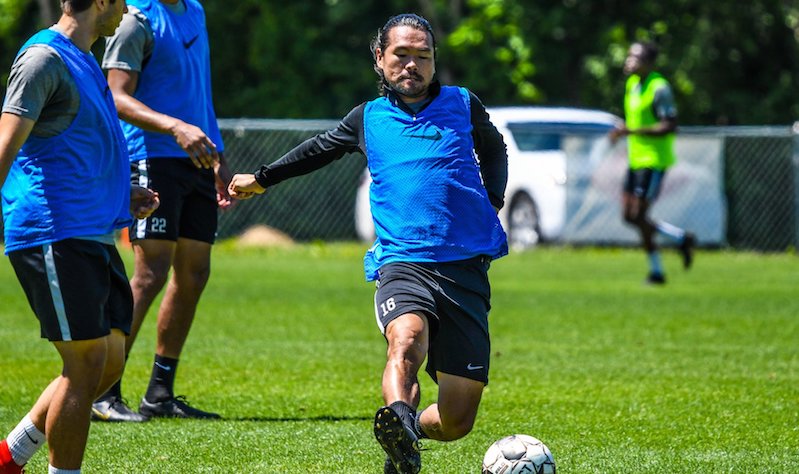 Soehn’s history with the Open Cup dates to when his father, Joseph, born in Romania of German descent, competed for the Chicago Kickers. “When I was growing up, the Chicago area had unbelievable teams and I’d be watching great soccer on the weekends,” Soehn said. “I grew up playing for the Kickers and the soccer club was my home. Their clubhouse was full of trophies back in the day.”

Soehn was a starting defender for the Dallas Burn team that won the U.S. Open Cup the first year MLS teams entered the competition, taking a penalty shootout victory over D.C. United. “It was a big deal for us,” Soehn said. “We were a league-owned team and we played D.C. United in the final, and at that point they were a perennial champion. And to be able to beat them in the final, which was played after the MLS Cup, so it was kind of the final game of the year, it was really cool.”

In 2000, Soehn came on as an 86th-minute substitute in a 2-1 victory over the Fusion at Soldier Field in Chicago. Hristo Stoitchkov’s 44th-minute goal opened the scoring and an 88th-minute Tyrone Marshall own-goal gave the Fire a 2-0 advantage before Welton cut the deficit in the 90th minute. Heaps was at right-back and current Real Salt Lake goalkeeper Nick Rimando started for then-coach Ray Hudson’s Fusion.

Cup Ups & Downs
The next year, Heaps was part of a mid-season trade to the Revolution, who were on the way to early elimination from MLS playoff contention. But the Revs proved to be a Cup contender, defeating the Columbus Crew in the quarterfinals and D.C. United in the semifinals on the way to a title date with the Galaxy. The Sept. 11, 2001 attacks caused MLS to cancel games, and by the time the playoffs concluded with the Galaxy as MLS Cup champions, it was late October. The Revolution had not played a meaningful game since late August, so they were plenty rested and hoped to catch the Galaxy off guard in the Open Cup final on Oct. 27, 2001. But the Revolution lacked sharpness in the second half, squandered the lead, and lost, 2-1, on Danny Califf’s 92nd-minute golden goal at Titan Stadium in Fullerton, Calif.

By 2008, Soehn was coaching D.C. United, and he guided the Red & Black to a 2-1 win over the Charleston Battery in the Cup final at RFK Stadium. “There are different rewards when you’re playing,” Soehn said. “Obviously, you get the feeling of enjoyment because you’re on the field participating. As a coach, so much more work goes into it, you don’t realize it when you’re a player. I had been assistant coach in Chicago when we won it [in 2003] and it is a totally different reward for winning [as a coach]. 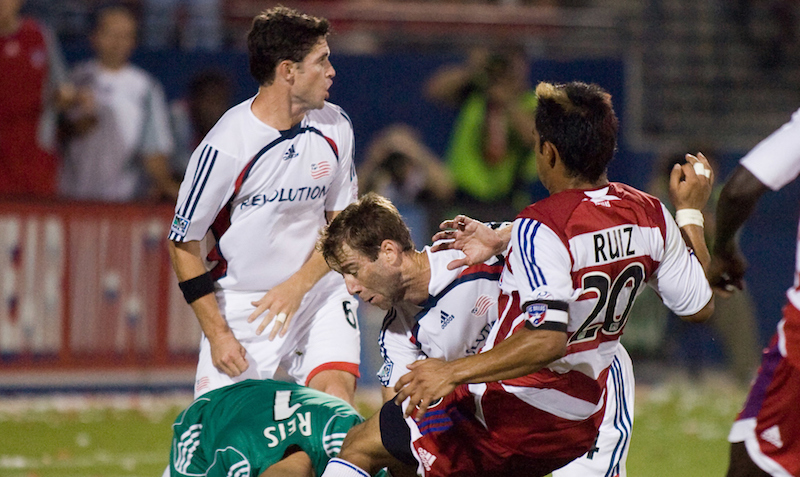 “Bringing it up makes me reflect on it a little bit,” Soehn went on. “I’ve had really good experiences in the game, some you take for granted. But being with my peers and all the conversation, all the good times, I’m just thankful the game’s been really good to me.”

United’s ’08 campaign included a 3-1 Semifinal victory over a Revolution team that included Heaps. But Heaps was not in the lineup – he went out a winner, his final Open Cup match a 3-2 victory over FC Dallas in the 2007 final in Frisco, Texas.

“That was one of the strangest things because we had lost in that very stadium,” Heaps said of Revolution defeats in the 2005 and ’06 MLS Cup. “I had missed a penalty kick the year before and we were so close so many times. And with the U.S. Open Cup we got over the hump. We had lost two finals and there was no way we were going to lose this game.”

A Different Approach
Though the Legion leaders have plenty of experience in Cup play, they are approaching the competition differently this time. They started out as favorites, survived, and should now be considered underdogs on the road in the Third Round up against back-to-back and reigning USL Championship toppers Louisville City.

“This is the first time we are entering this early,” Heaps said. “So you’re playing different types of teams. This is a difficult time for us because of injuries and also loan players are going back to their clubs, plus we can’t cup-tie our loan guys. So, we’re a little thin.”

Thick or thin, the Legion — mid-table in USL league play for most of the season, so far — have an opportunity to build some crucial support, momentum and excitement via the Open Cup. A good long Cup run can paper over a lot of cracks, and make history – even for a first-year club.

In any case, the Legion’s leaders are about to write another chapter in the long and storied history of the Open Cup. “It’s crazy,” Soehn said. “My father played in [the Open Cup] back then. A bunch of immigrants came over, some of them had played professional soccer in Germany, but there was nothing here so they played on amateur teams. I love to see what it’s turned into and it’s kept growing.”