National Team: One of the USA’s most-experienced players and the USA’s vice-captain at the 2019 Concacaf U-17 Championship, the defender will help anchor the American back line in Brazil … Represented the USA at September’s 4 Nations Tournament in the Netherlands, netting a penalty vs. the host in a 3-1 win … Helped the USA qualify for a record 17th FIFA U-17 World Cup at the 2019 Concacaf U-17 Championship, appearing in six of seven matches and netting the opening goal vs. Barbados … Named to the Best XI at the World Cup qualifying tournament … Started all three games during the USA’s undefeated run at the 2018 Nike International Friendlies … Scored in the U-17s’ 2-1 win over Russia at the October 2018 U17 International Youth Tournament in England, clinching the tournament title … Appeared at October 2018’s 4 Nations Tournament in Mexico and April 2018’s Sportchain Cup in Spain, helping the U.S. win the tournament title … Earned his first U-17 call-up at the January 2018 Youth National Team summit camp in Lakewood Ranch, Fla.

Professional: Played two games with LA Galaxy II this season … Made his pro debut with Los Dos on Sept. 12, 2018 vs. Oklahoma City.

Youth: Until this summer, played with LA Galaxy in the U.S. Soccer Development Academy … Won 2019 Academy West Conference Player of the Year … Also earned West Conference Best XI honors at the conclusion of the 2018-19 season … Captained the Galaxy to the 2019 U-16/17 Academy Championship Semifinals … Named to the 2018 West Conference U-16/17 Best XI … Joined the Galaxy at the U-14 level … Previously played for South Bay Falcons from U-8 to U-14 … Started playing soccer at age three. 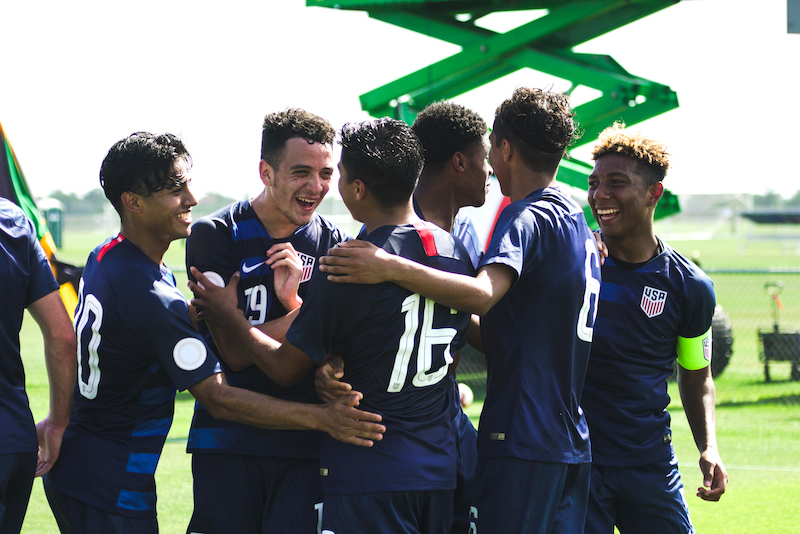