The U.S. WNT players take great comfort in knowing their back line will be solid regardless of who plays.  And after two matches of the 2015 FIFA Women’s World Cup, that defensive cohesiveness has been on display, with different players stepping up big throughout 180 minutes of Group D play.

From Hope Solo’s game-changing saves in the first game, to Ali Krieger’s enterprising wing play, to the developing central defensive partnership between Juile Johnston and Becky Sauerbrunn, everybody used so far on the backline has been up to the challenge of the World Cup.

“It doesn’t matter who’s playing,” said veteran defender Krieger. “We’re all going to make sure we’re on the same page at the same time and that’s what’s important.”

The #USWNT is bolstered by incredible depth and belief that every individual on the 23-player roster has the ability to get the job done. 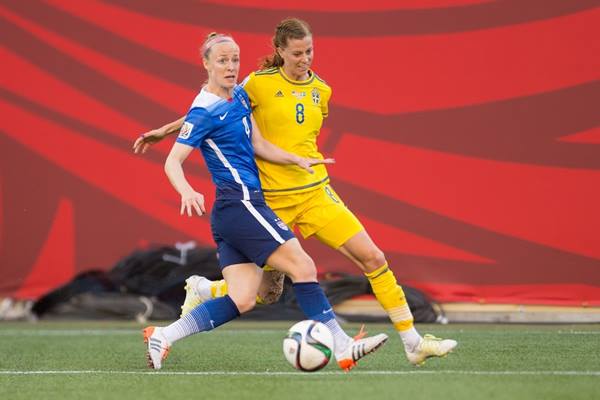 Sauerbrunn, echoed Krieger’s confidence in her teammates and added, “The chemistry on this team is really great. It’s important, especially on the backline because you can’t play individualistically. We know that we need to rely on each other for success.”

Krieger and Sauerbrunn earned their first caps for the U.S. WNT together on January 16, 2008, when the U.S. faced Canada in the Four Nations Cup. Now both are in the midst of their eighth year playing for the Red, White and Blue and they’ve grown into leaders both on and off the pitch.

The players learn from each other. “Becky’s a true leader. It’s an honor to be her teammate.” Krieger explains, “She’s strong back there and her coaching ability to help the younger players and even me at times is refreshing.”

Krieger isn’t the only one to give Sauerbrunn praise over the last week. Incredibly strong and steady performances from Sauerbrunn and her central defensive partner, Johnston, have garnered a lot of attention, and rightly so. 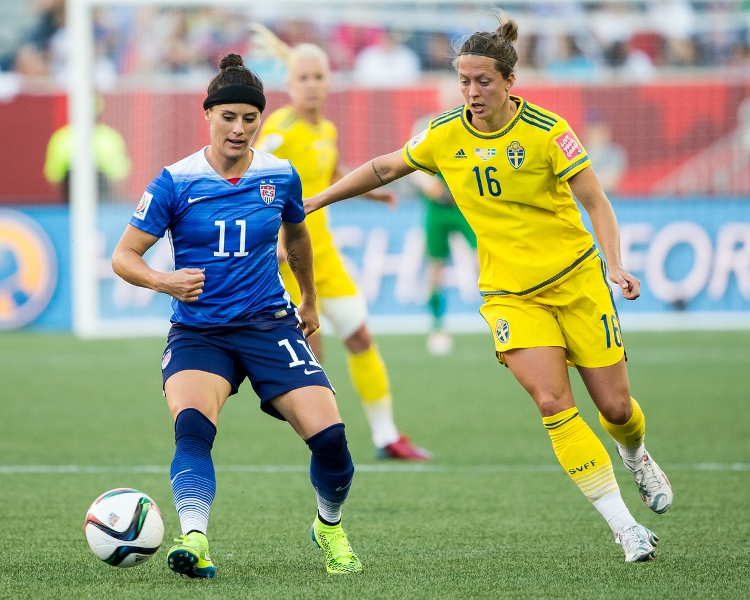 Johnston, the youngest team member on the defensive line, has already put in two incredible shifts at center back in this year’s World Cup. Even more, Johnston seems to have quickly understood and fit into the #USWNT’s defensive philosophy.

“We just want to be on the same page at the end of the day,” said Johnston, who was ussoccer.com’s Woman of the Match in the shutout against Sweden. “We don't want any goals in our net. Whatever we can do or whatever is asked of us to do from either the coaches or each other, we are willing to do.”

Despite her youth, Johnston knows exactly the kind of standard she has to live up to. Playing in the same position on the big stage as some past U.S. WNT defensive greats might be daunting to some, but Johnston takes it in stride.

"I just want to win and do whatever I can for this team,” Johnston explains. “It's just my job. That's what's asked of me to do and that's what's expected. It's the standard that I'm going to set for myself."

It’s that attitude, always putting the team first, that have made the #USWNT’s back line so solid. And the players know that mindset is ingrained in all their players. No matter who plays, they have complete trust in their teammates.