On Cusp of World Cup Record, Wambach only Thinking of the Next Game

Abby Wambach scored the game-winning goal in the U.S. WNT's 1-0 victory against Nigeria Tuesday, helping the USA finish atop Group D in the 2015 FIFA Women's World Cup. With 14 goals in her World Cup career, Wambach is now one goal away from tying Brazil's Marta for most goals scored by any individual.

In the midst of her fourth World Cup, the 35-year-old striker has scored in the group stage on all four occasions (2003, 2007, 2011 and 2015) with three of those goals coming in the group stage finale. Meanwhile, Wambach has scored seven of her 14 World Cup goals during the knockout phases of the tournament.

Wambach wore the captain's armband for both of the United States' victories during a group stage in which she played 202 minutes, the most of any U.S. WNT forward.

"She embodies so much of the spirit of this team and our program," said head coach Jill Ellis. "I know Abby. I know in big moments she'll deliver.”

Wambach -- the leading goal scorer in U.S. WNT history -- is best known for her aggressive aerial prowess, scoring 77 of her 183 international goals using her head. However, Wambach's game-winner against Nigeria was scored with a left-footed volley off a Megan Rapinoe corner kick. 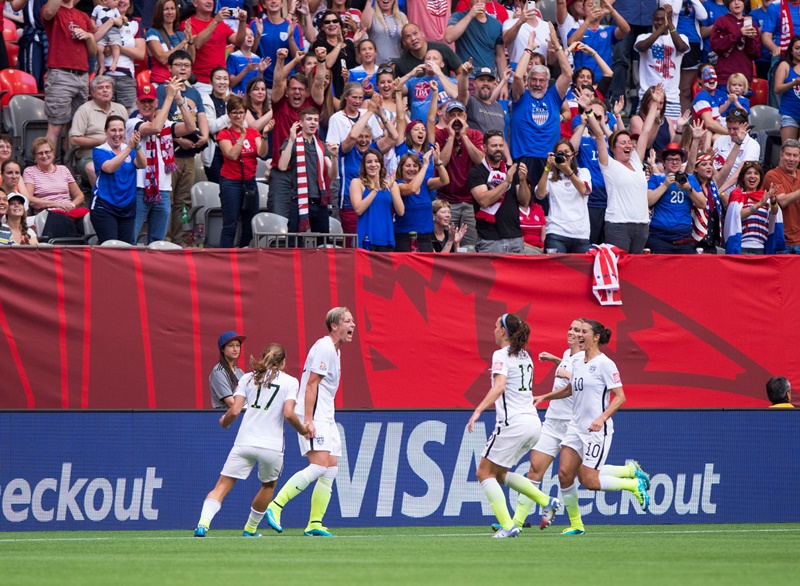 Wambach is the USA's all-time leading goalscorer with 183 goals. Fourteen of those goals have come in World Cup games.

Three of Wambach's six goals in 2015 have now come from her left foot but Wambach attributes the trend to happenstance above all else.

"That's just where the ball went and that's what happened," Wambach said of her strike against Nigeria. "I was surprised myself that I didn't dive to head that ball. I don't know if I've ever scored a volley from a corner kick before."

The goal (and the subsequent three points) assured the United States of a first-place finish in Group D, marking the sixth time in seven World Cup appearances that the U.S. WNT has advanced as their group's top seed. 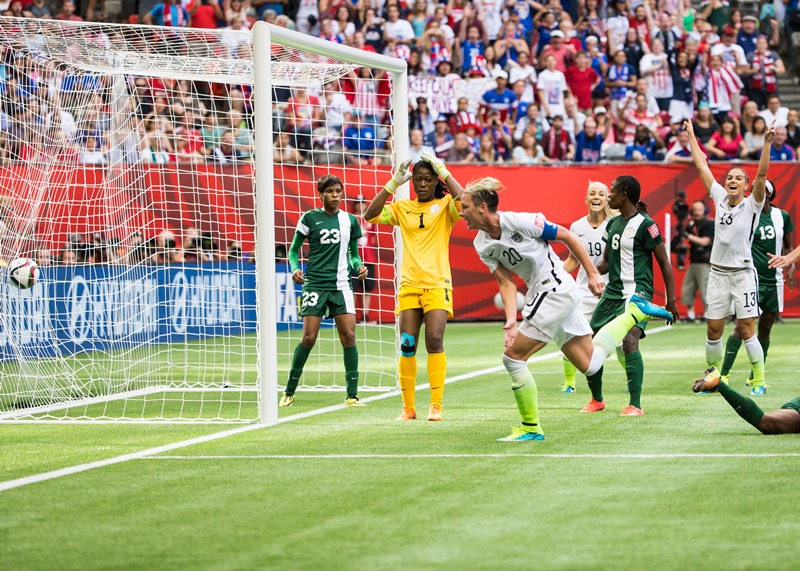 "Now it gets real," Wambach said in reference to the single-elimination format that begins in the Round of 16. "We want to be peaking when this tournament is at its final stage. We have a long way to get there but we want to continually progress every game. You win or you go home.”

And even though she’s close to another personal record, Wambach would gladly defer any individual accolade for the team to win and advance.

“We have to have dangerous goal scorers from all different areas,” she says, referencing the USA’s ability to get goals from forwards, midfielders and the odd defender when necessary. “And that's what I think is a huge strength of ours whether I'm on the field or not."