On Saturday, April 15, the 2017 National Women’s Soccer League kicks off its fifth season, highlighted by a fantastic new partnership with Lifetime, a team with many familiar faces in a new market (North Carolina), an updated website and much more. Here are five things to know about the upcoming season:

Year Five Begins
While 2016 marked the first time a woman’s professional league had reached a fourth season in the United States, the fifth season promises to be historic as well. On the field, the most competitive women’s pro league in the world will show its growing stability, while continued investment by U.S. Soccer and the league’s owners will resume to establish the NWSL as the best women’s league in the world.

The National Women’s Soccer League began in 2013 with eight teams: the Boston Breakers, Chicago Red Stars, FC Kansas City, Portland Thorns, Seattle Reign FC, Sky Blue FC, Washington Spirit and Western New York Flash. In 2014, the Houston Dash joined the league to make it nine, followed by the Orlando Pride in 2015 to up the total number of teams to 10.

The Reigning Champs Have New Name, New Home
On Jan. 9, the NWSL announced that North Carolina Football Club had acquired the rights to the NWSL 2016 Champion Western New York Flash. With this agreement, the Flash has been renamed the North Carolina Courage (also referred to as NC Courage) and will play at the newly named Sahlen’s Stadium (formerly WakeMed Soccer Park) in Cary, N.C. in the 2017 NWSL season. As part of the deal, the players that were under contract to the Flash became part of the NC Courage roster. 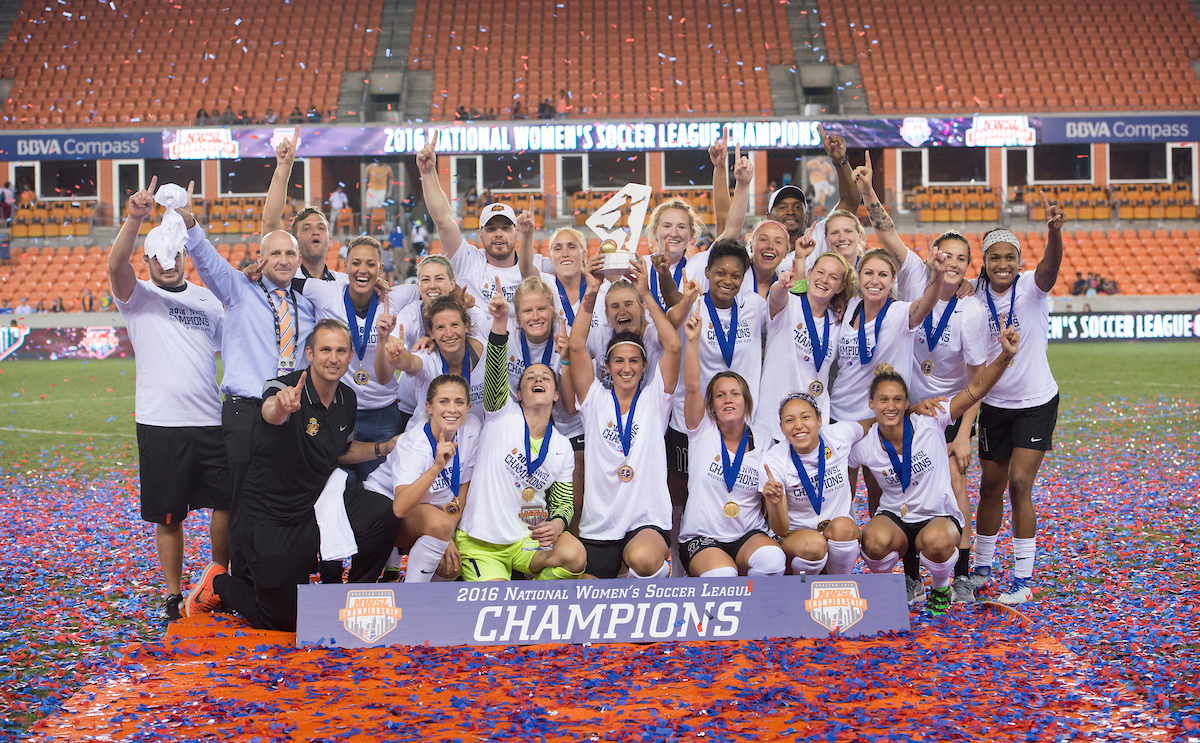 Founded by the Sahlen family in 2008 as the Buffalo Flash in the USL W-League, the WNY Flash was one of the USA’s most decorated women’s professional soccer teams, winning four championships in three different leagues. Most recently, in its final season, the club won the 2016 NWSL Championship on October 9 by defeating the Washington Spirit in penalty kicks.

NWSL on Lifetime
For the first time in league history, a game will be broadcast on television every weekend of the season. The NWSL and A+E Networks entered a historic partnership on Feb. 2, 2017, making Lifetime an official sponsor and broadcast partner of the league in a three-year deal. The strategic investment is accompanied by the creation of a new joint venture, NWSL Media, which acts as the media and commercial arm of the league. In addition, it manages all digital assets for the NWSL including the newly re-designed NWSLSoccer.com.

Fans across the country will be able to watch the NWSL Game of the Week on Lifetime every Saturday with a pre-game show starting 30 minutes prior to each broadcast. The NWSL will play a 24-game regular-season schedule, with each team playing 12 home and 12 away games.

The complete 2017 NWSL Schedule can be found here: https://nwsl.us/2mblYTL.

Rose Goes #1
Even though several new players will kick off their professional careers this weekend, one name has already been making a few headlines in the weeks leading up to opening weekend. After a standout four-year career at Wisconsin, Rose Lavelle was selected as the No. 1 overall pick of the 2017 NWSL College Draft by the Boston Breakers. Lavelle has made four appearances for the U.S. WNT, with her debut coming on March 4 against England, and most recently scored her first international goal in another heavily-praised outing. Lavelle’s selection marked the fourth consecutive year a U.S. WNT player was chosen with the top pick, following in the footsteps of Crystal Dunn (2014), Morgan Brian (2015) and Emily Sonnett (2016).

The First: Portland Thorns FC vs. Orlando Pride on Lifetime
Portland welcomes Orlando on Saturday afternoon to Providence Park in the first game of the new season that Lifetime will broadcast on its network. The game will kick off at 12 p.m. PT (3 p.m. ET) and is expected to feature six U.S. WNT players in Ashlyn Harris and Ali Krieger for Orlando and Lindsey Horan, Meghan Klingenberg, Allie Long and Emily Sonnett for Portland. Tobin Heath will not play in the home opener as she is still nursing a back injury.

The match against Orlando marks the second time Portland has opened at home in five seasons. Since 2013, Portland is 4-0-0 in home openers, most recently earning a 2-1 win against the Pride on April 17, 2016. The Thorns are also unbeaten in season-opening matches (3-0-1). 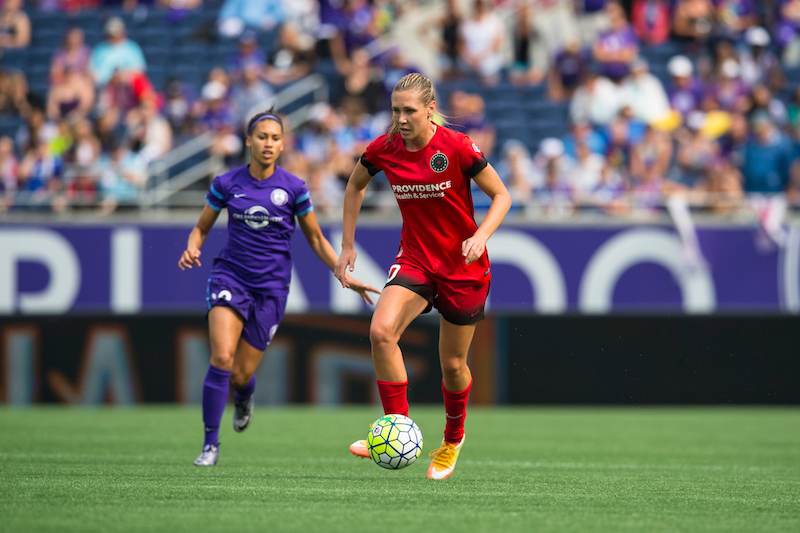