Here are five things you should know about the decorated U.S. defender. 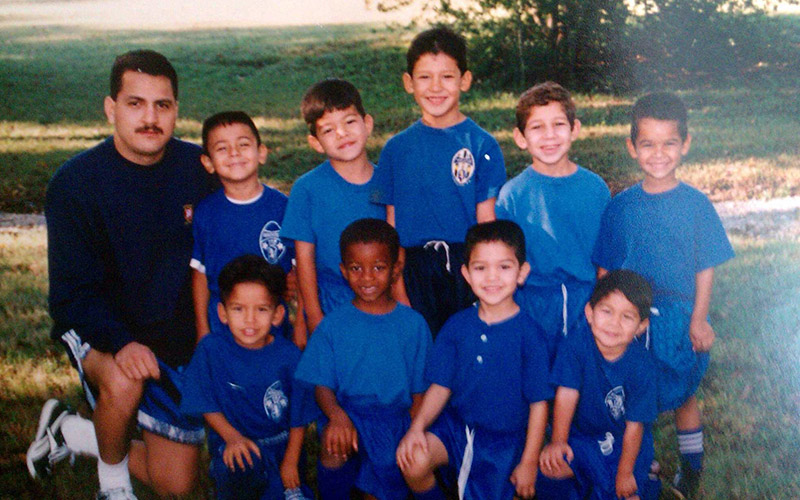 Can you guess which one is Omar?

The youngest of four children born to Mexican-American parents, Omar Gonzalez entered the world on Oct. 11, 1988 in Dallas, Texas. Gonzalez’s parents were hard working, with his father Adrian putting in long hours driving a dump truck that hauled gravel and concrete to construction sites around Dallas, while his mother Maria worked multiple jobs before becoming a bilingual teaching assistant in an elementary school.

His mother balanced work with shuttling he and his athletically-gifted siblings around to a variety of games and practices. In the end, all four Gonzalez kids played collegiate sports, with older brother Adrian Jr. playing football at SMU, while sisters Roxanna and Bibi played soccer and volleyball, respectively.

Gonzalez was inspired by the 1994 FIFA World Cup matches that took place at the Cotton Bowl and after seeing Bebeto’s “Rock the Baby” goal celebration during Brazil’s quarterfinal win vs. the Netherlands, told his mother that he wanted to grow up to be a professional soccer player. 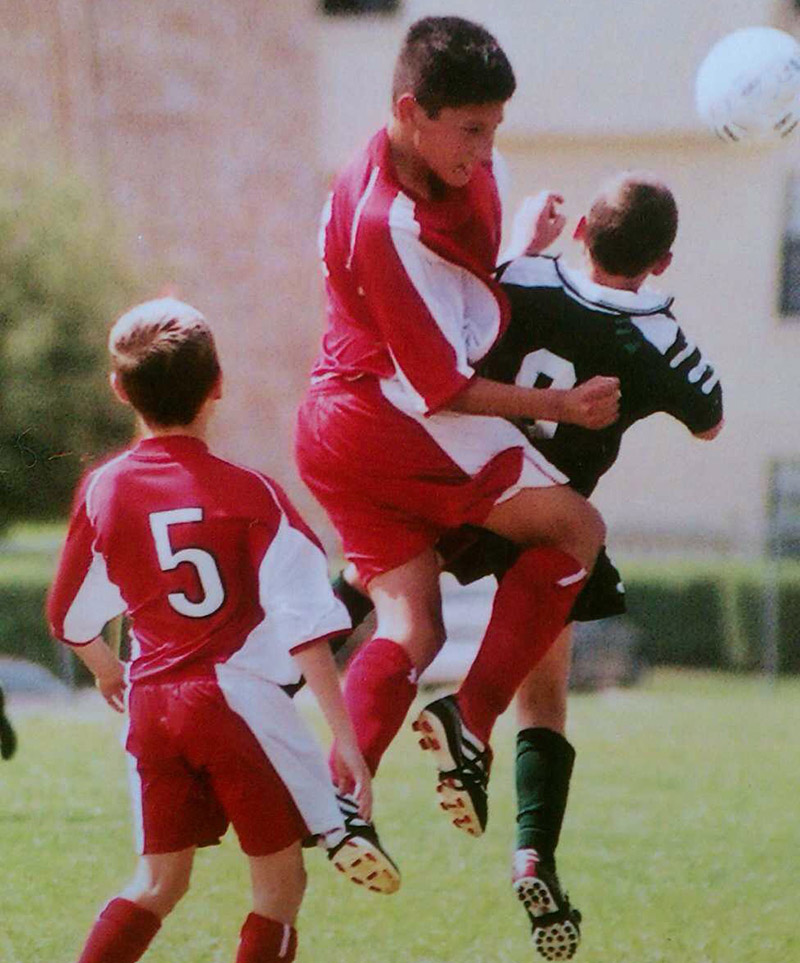 Omar playing with the Dallas Texans

From a young age, he excelled playing pick-up soccer games in local parks and at nine years old, was encouraged by a friend’s mom to tryout for famed youth club, Dallas Texans.

Already showing signs of becoming the towering center back we see today, his coach Marcelo Leite said, “I think he was already 6-foot tall when I first saw him,” but it was his work ethic that stuck out as he continued to develop his talents with the club before being selected for U.S. Soccer’s U-17 Residency Program in 2005. 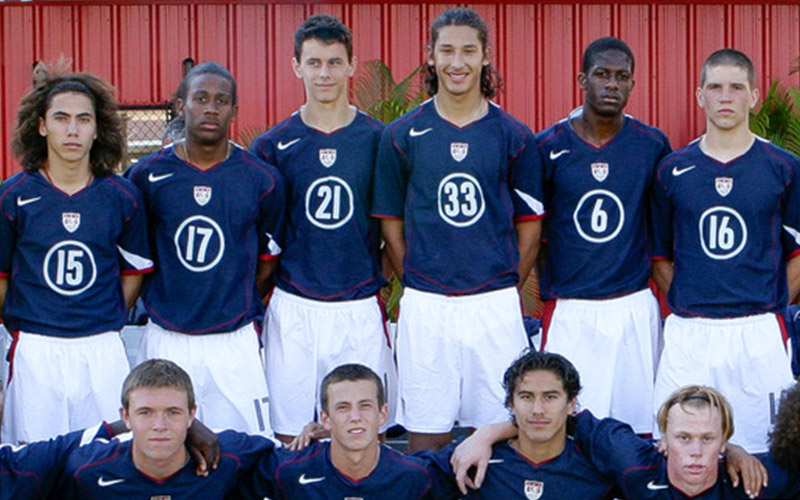 Moving to Bradenton, Fla., that spring, Gonzalez shined enough to make the USA’s FIFA U-17 World Cup roster. Joining current MNT forward Jozy Altidore on that squad, Gonzalez made two substitute appearances in Peru as the U.S. exited following a 2-0 defeat to the Netherlands in the Round of 16.

With an international pedigree in tow, Gonzalez was a highly-sought after collegiate prospect and eventually committed to the University of Maryland. Gonzalez elected to join the renowned college program because of its success in turning out professional players as well as the high level of competition provided in the Atlantic Coast Conference. 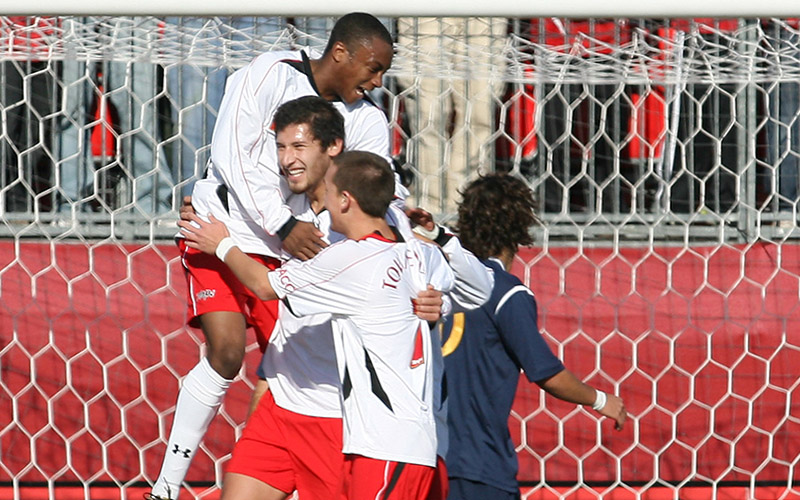 Omar Gonzalez scores for Maryland during the 2008 NCAA Tournament

Playing three seasons with the Terrapins from 2006-2008, the Dallas native made 69 appearances and tallied seven goals while leading the school to the 2008 NCAA College Cup. An NSCAA First Team All-American that year, Gonzalez chose to forego his senior season and make the jump to Major League Soccer.

A Professional Start in Los Angeles 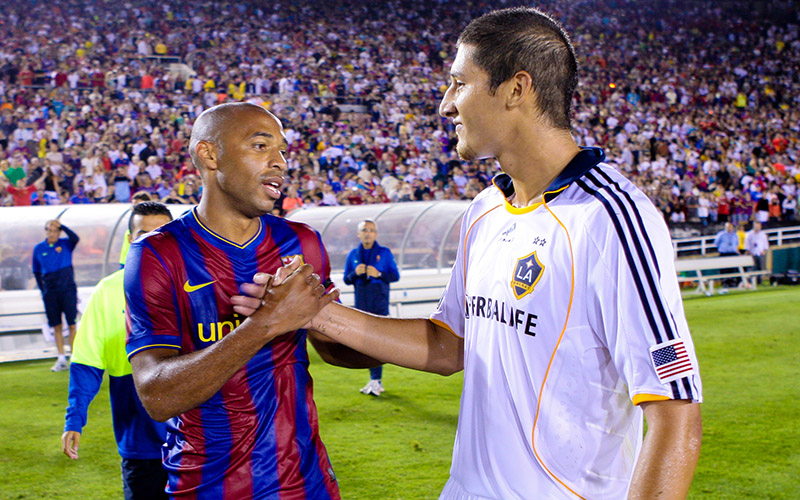 Omar Gonzalez shakes hands with Thierry Henry after a friendly match vs. FC Barcelona in 2009

Gonzalez continued to be a sought-after prospect and was chosen third overall by the LA Galaxy in the 2009 M.L.S. SuperDraft – a selection process that also saw current MNT teammates Matt Besler and fellow Terrapin Graham Zusi make their way into the league.

Playing under the direction of Bruce Arena, the youngster picked up where he left off at Maryland, starting all 30 games and winning the 2009 Rookie of the Year award while helping the Galaxy to the M.L.S. Cup Final where they fell on penalty kicks to Real Salt Lake.

Gonzalez would go on to be the cornerstone of some of the Galaxy’s best seasons, earning the first of four MLS Best XI selections while helping the club to the Supporters Shield in 2010. The following year he won the first of three M.L.S. Cup titles (the others came in 2012 and 2014) and played one final season with the Galaxy before electing to sign with Liga MX side Pachuca at the end of 2015.

Having appeared in 224 competitive matches over seven seasons, Gonzalez left the club as one of Major League Soccer’s most decorated defenders. 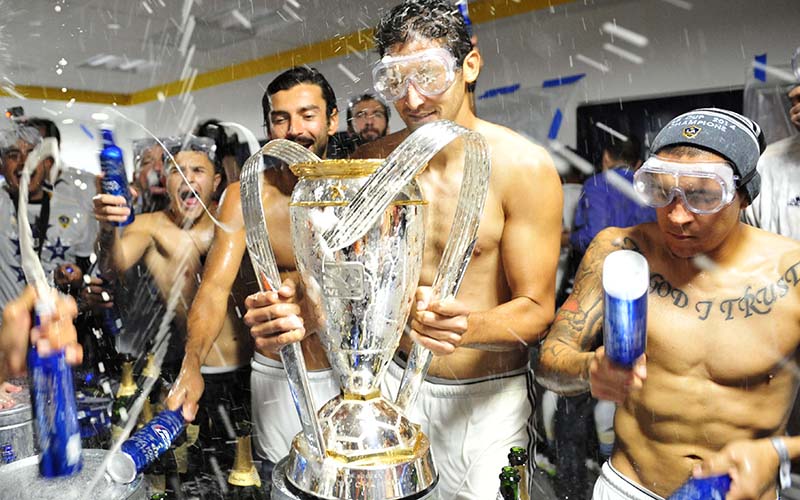 During his time in the City of Angels, Gonzalez became a fan favorite for his elite play on the field but also his entertaining personality that surfaced in star turns as “Sexy Sax Man” and cameo as Cameron in the M.L.S. homage to the 1980s classic “Ferris Bueller’s Day Off.” 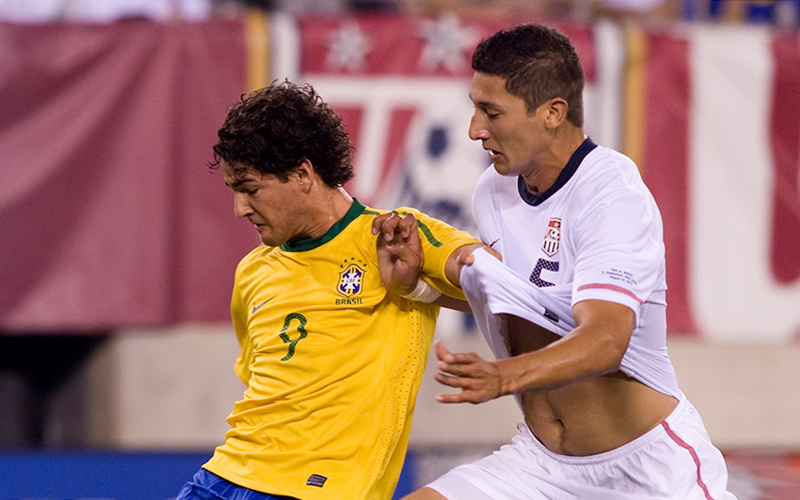 Having already gone through the U.S. Youth National Team funnel, Gonzalez’s early play with the Galaxy led to his first MNT call-up in January 2010. Though he wasn’t part of that year’s World Cup squad, he would earn his first senior cap seven months later, going the full 90 minutes in a 2-0 friendly defeat to Brazil that August.

An ACL injury he picked up during a loan stint with FC Nurnburg in 2012 sidetracked his club and international career, but Gonzalez returned to the MNT the following January and went on to stake his claim on the back line when he helped the U.S. defense earn clean sheets in the famous SnowClasico World Cup Qualifying win against Costa Rica on March 22, 2013 before earning an historic 0-0 draw against Mexico at Estadio Azteca four days later.

That pair of matches made Gonzalez an integral player in the MNT defensive rotation, with the 6' 5" center back going on to appear in all eight of the USA’s Final Round World Cup Qualifiers before booking their ticket to the 2014 FIFA World Cup. In Brazil, Gonzalez appeared in three of four matches as the MNT advanced from the Group Stage in back-to-back World Cups for the first time in program history.

Gonzalez has continued his run with the MNT since Brazil and tallied his first international goal in a 6-0 win vs. Cuba in the CONCACAF Gold Cup Quarterfinals on July 18, 2015. Most recently, Gonzalez reunited with former club coach Bruce Arena, who utilized him in the MNT’s March World Cup Qualifiers, another 6-0 win against Honduras and 1-1 draw at Panama.

A New Adventure at Pachuca 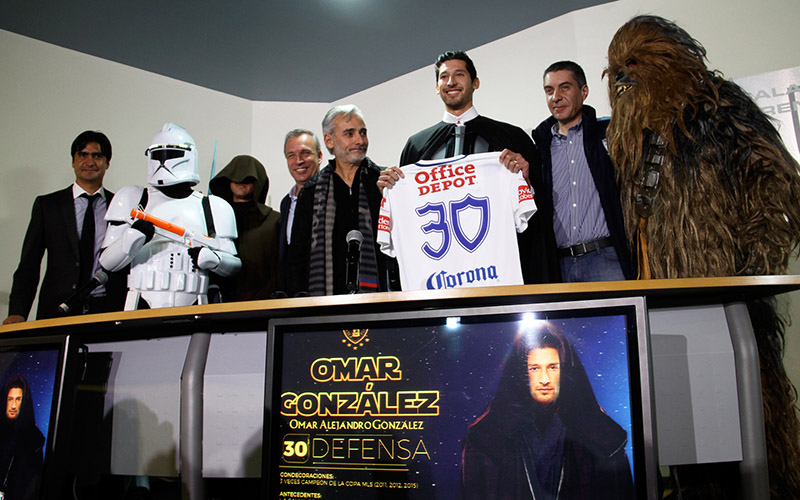 After his decorated run with the LA Galaxy, the club announced that Gonzalez had been sold to Liga MX side Pachuca on Dec. 22, 2015. A light-hearted soul off the field, Gonzalez dressed as Darth Vader for his introductory press conference at Estadio Hidalgo and was quickly inserted into Los Tuzos’ starting XI for the beginning of the Clausura 2016 campaign.

During his first season outside of M.L.S., Gonzalez appeared in 22 of 23 matches and scored one goal while leading Pachuca to the Clausura 2016 title and a place in the 2016-17 CONCACAF Champions League. As he comes up on the end of his first full season with Pachuca, Gonzalez has continued to get consistent minutes and has been a driving force in helping Los Tuzos to the 2016-17 CONCACAF Champions League Final. 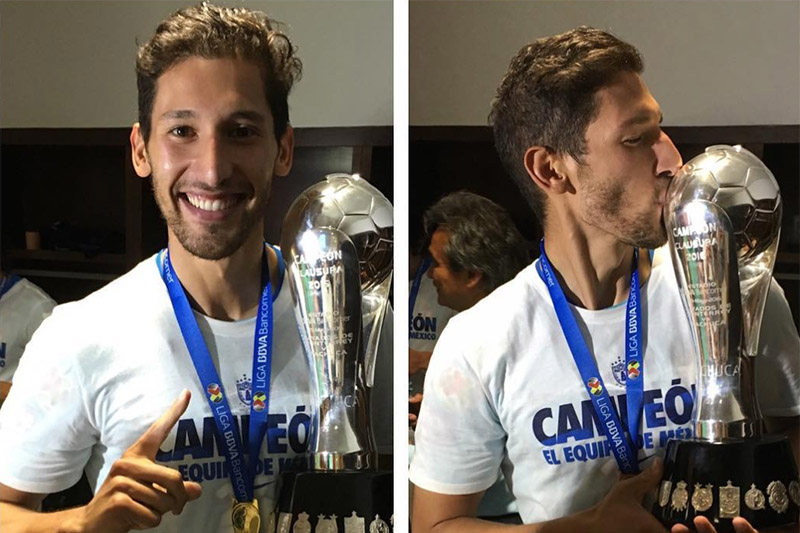 On the way to the championship tie, Gonzalez returned to north Texas where Pachuca faced off with FC Dallas in the first leg of the semifinal. Not long before his homecoming, Gonzalez actually re-paid some of the work his parents put into raising him by buying their house for them.

‘I just bought their house for them,” Gonzalez told MLSsoccer.com. “I think every kid dreams of taking care of their parents one day, right? … So I’m very proud and happy that I was able to do that for them.”