A great beneficiary of the U.S. Soccer player development setup, Kellyn Acosta has risen through the FC Dallas Academy and Youth National Team ranks to become a key player for his club and a promising prospect for the U.S. MNT.

Now in the midst of a strong start to the 2017 Major League Soccer campaign, here are five things you should know about the 21-year-old midfielder.

Kellyn Acosta was born to Kennith and Kanikah on July 24, 1995 in Plano, Texas – just 13 miles from the future site of Toyota Stadium where he would spend some of his most formative years in development with the FC Dallas Academy.

Interestingly, Acosta’s grandmother was Japanese and his father was also born in the Land of the Rising Sun, a lineage that would have made him eligible to represent the Samurai Blue. 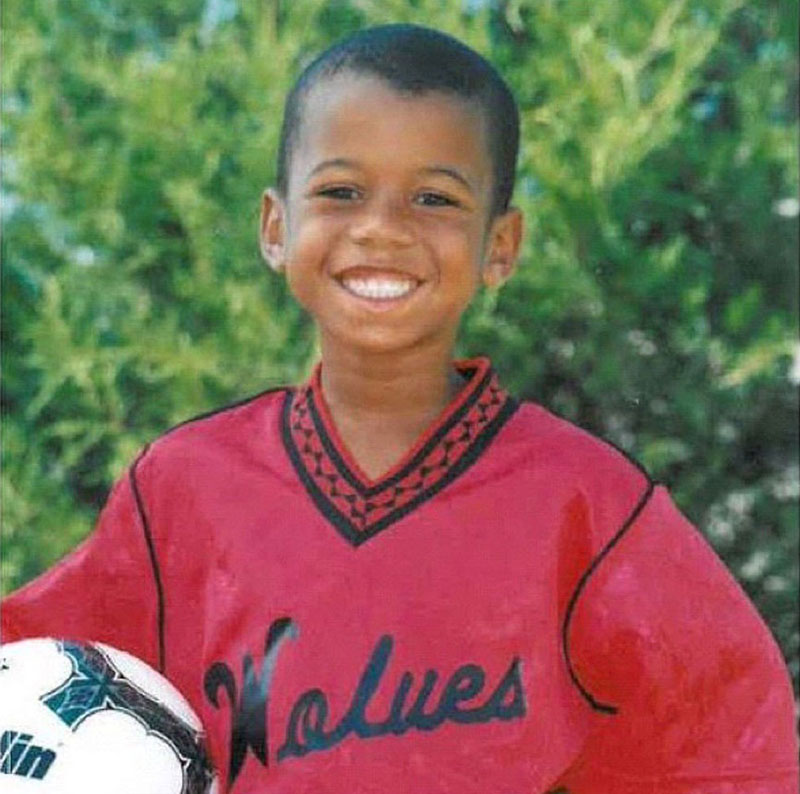 At age seven, Acosta began playing for Dallas Tornado under the direction of head coach Zequinha. The Brazilian played for the club during its NASL and MISL days and is the person Acosta gives most of the credit to for his early development.

Recruited to join the FC Dallas Academy when he turned 13, Acosta began playing under the direction of one of his favorite players growing up, former Dallas midfielder and the club’s future head coach Oscar Pareja.

Despite being a part of one of the master Academy classes in the nation and one of “Papi’s Kids,” Acosta was placed on his high school’s Junior Varsity soccer team in 2010 in a decision that he has labeled as political. It was of little bother, however, as the future MNT midfielder was off to join the U.S. U-17 Residency Program a month later. 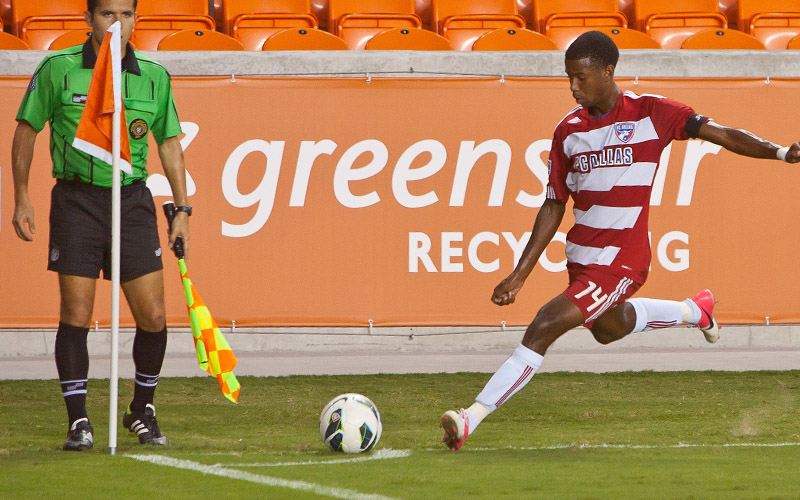 Following his Residency with the U-17 MNT, Acosta returned to finish out his time in the FC Dallas Academy. He played up an age group during the U-17/18’s run in the 2010-11 U.S. Soccer Development Academy Playoffs, slotting in at right back as FC Dallas fell 2-1 to Pateadores in the Final. The following year, Acosta earned the Development Academy’s Central Conference Player of the Year award as he led the club back to the championship where they earned a 3-2 win against Vancouver Whitecaps FC 3-2 at BBVA Compass Stadium in Houston.

During his time in Residency with the U-17 MNT in Bradenton, Acosta excelled as a central midfielder, combining good pace with thoughtful decision making to rise to the top of that cycle’s U-17 class. The Plano, Texas native joined current MNT teammate Paul Arriola on the U.S. roster at the 2011 FIFA U-17 World Cup, where he appeared in all four matches. 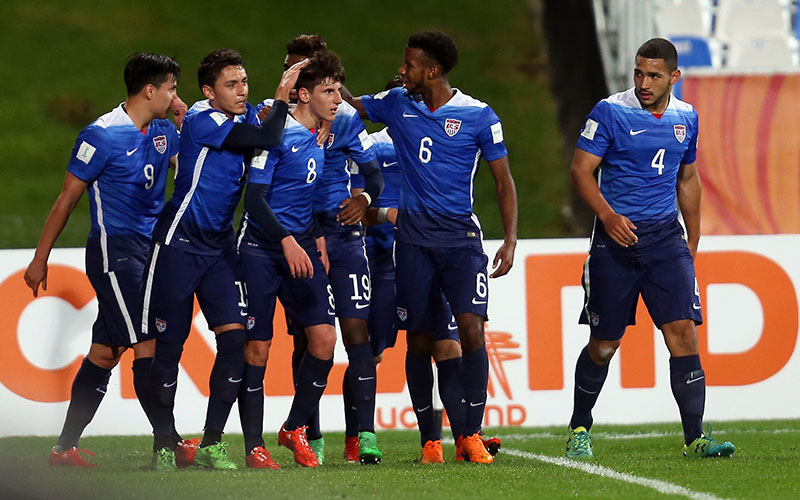 He stayed active with the U.S. U-18 MNT before being included as the youngest player on Tab Ramos’ squad that played at the 2013 FIFA U-20 World Cup in Turkey. Just 17 at the time, Acosta didn’t feature in any of the matches, but the experience proved valuable as he captained the U.S. through the 2015 CONCACAF U-20 Championship and was a key cog at that year’s FIFA U-20 World Cup. Acosta appeared in four of the five matches in New Zealand, unfortunately having to sit out the USA’s quarterfinal shootout defeat to eventual champions Serbia due to yellow card accumulation.

Around the same time of leading FC Dallas to the U-17/18 U.S. Soccer Development Academy national championship, Acosta also became the club’s seventh Homegrown signing. Ineligible to play until the following season, he made his first-team debut as a second-half substitute in the club’s 3-0 defeat at Seattle Sounders FC on Aug. 3, 2013 – just 10 days after his 18th birthday. 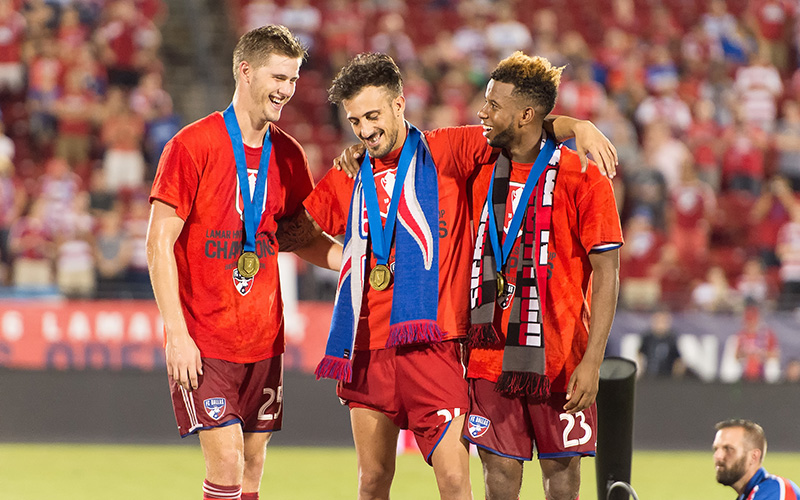 He would go on to make 13 appearances that season, becoming the first Homegrown player in club history to record 1,000 minutes. By the end of 2016, Acosta had already amassed 81 appearances in four seasons, playing a big role in leading the club to both the Lamar Hunt U.S. Open Cup and Supporters Shield, as well as guiding FCD to the Quarterfinals of the CONCACAF Champions League.

Building off his success with FCD and the U.S. Youth National Teams, Acosta received his first full international cap in the MNT’s 3-2 friendly win against Iceland on Jan. 31, 2016. A week later, he played the first 45 minutes in a 1-0 victory against Canada and went on to play both legs of the U.S. U-23 MNT’s intercontinental Olympic Qualifying Playoff with Colombia in March. 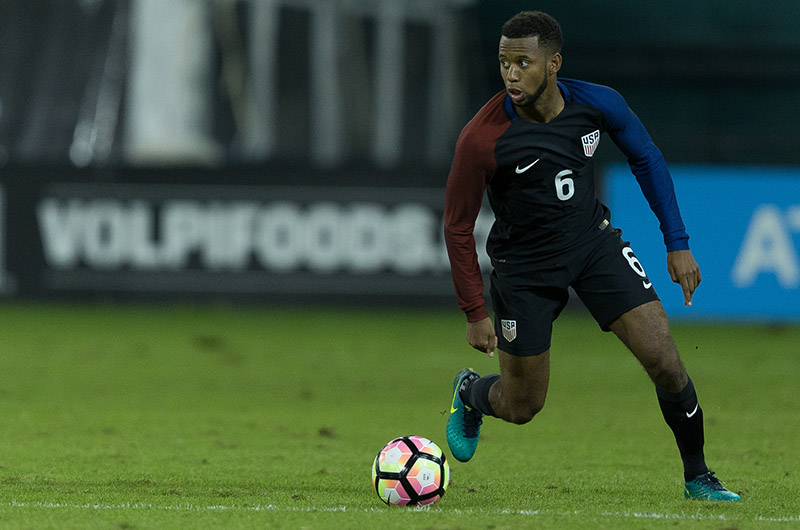 Acosta returned to the MNT fold last September, earning his first World Cup Qualifying cap when he started at left back in the 6-0 victory at St. Vincent and the Grenadines. To date, he’s the fourth youngest MNT player to earn a World Cup Qualifying debut during the current cycle, following Christian Pulisic (17 years, 193 days; March 29, 2016 vs. Guatemala), Lynden Gooch (20 years, 331 days; Nov. 17, 2016 at Costa Rica) and Jordan Morris (21 years, 19 days). 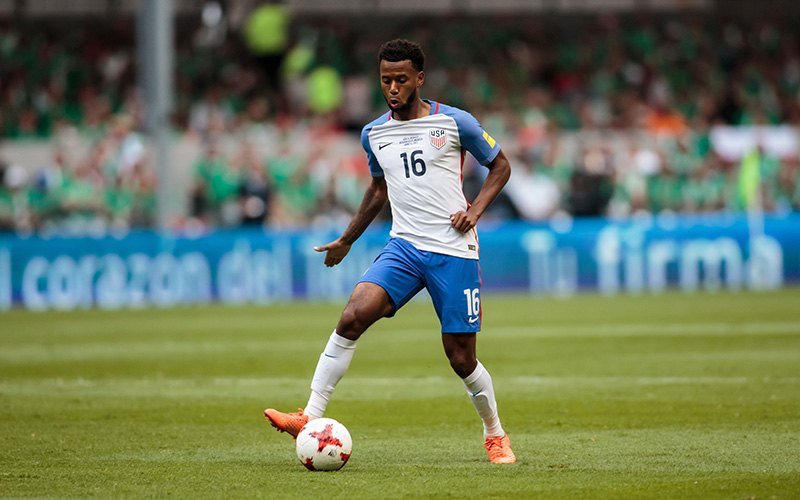 Acosta was part of Bruce Arena’s initial January Camp this year, but departed after about two weeks due to a mild left knee sprain. Despite leaving early, he credited the camp with giving him a jump start on the 2017 club campaign and FC Dallas has benefitted greatly ever since.

Playing in the heart of midfield, Acosta scored two highlight reel goals in FCD’s 4-0 win vs. Arabe Unido in the first leg of the CONCACAF Champions League Quarterfinals on Feb. 23. He tallied what would stand as the game-winner in the club’s 2-1 season-opening victory at LA Galaxy on March 4, before hitting a difference-making free kick in a 2-1 victory against Pachuca in the first leg of the Champions League Semifinals on March 15.

Acosta has been rewarded for his strong start to the 2017 season by appearing in each of the USA's last three FIFA World Cup Qualifiers, including his start next to Michael Bradley in central midfield during the MNT's historic 1-1 draw against Mexico at Estadio Azteca on June 11, 2017.