One of the most promising prospects in the U.S. Men’s National Team’s player pool, Cameron Carter-Vickers is part of the next generation of players looking to carve out a bigger place with the senior side as it turns its focus to qualifying for the 2022 FIFA World Cup.

Learn more about CCV below:

Carter-Vickers was born Dec. 31, 1997 about an hour east of London in Southend, England. Born to an English mother, Carter-Vickers father is former basketball player, Howard Carter. A star on Louisiana State University’s run to the NCAA Final Four in 1981, the elder Carter later played for the NBA’s Denver Nuggets and Dallas Mavericks before moving to Europe where he played for a number of clubs in France, and even became a member of the French National Team before ending his playing career in Greece where he met Cameron’s mother, Geraldine Vickers. 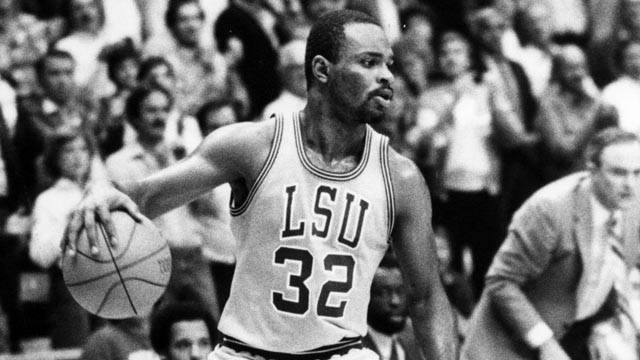 While his father eventually returned to the U.S., the two have stayed connected through the years, with Carter-Vickers making frequent trips to Baton Rouge, La., to visit the American side of his family.

“I’ve lived in England my whole life, but my dad’s American and I’ve always been quite close to my dad, so that’s where the American connection comes in,” he told ussoccer.com back in 2015. “I went to the U.S. quite often when I was younger to see my dad and cousins and aunties and the rest of my family. Obviously it’s more difficult now because of football and other commitments.”

Growing up with his mother and grandmother in Southend, Carter-Vickers followed in his father’s footsteps, playing point guard on his grade school basketball team that won the Essex Cup. He also played rugby and threw the shot put, making it to the national competition as a 14-year-old with a throw of more than 13 meters.

However, living in England, Carter-Vickers was tied to soccer. He began playing at seven years old on a local team and then trained with Southend United before being spotted by a Tottenham Hotspur scout at age 10.

He was first invited to the club’s development center, and the next year received a formal trial where he impressed and signed with Spurs’ Academy as an 11-year-old. 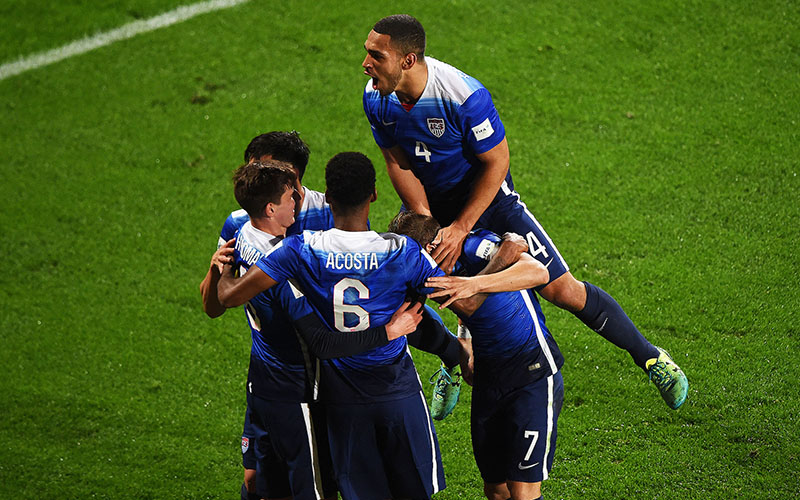 While coming up through the ranks in one of England’s biggest clubs, Carter-Vickers career took a massive step forward in 2014 when he visited the U.S. with Tottenham’s U-18 side to take part in the IMG Cup in Bradenton, Fla. The 16-year-old impressed in a 5-3 win against the United States. U-17 MNT coaches inquired about the powerful center back with a U.S. passport.

There was interest and in August 2014, Carter-Vickers was called up to the U.S. U-18 MNT for the Vaclav Jezek Tournament in the Czech Republic. There, Carter-Vickers continued to impress in U.S. wins against the hosts as well as Hungary and Ukraine on the way to the tournament championship.

“I’ve always been close to my dad, especially in sporting terms,” he said. “He’s always helped me and pushed me on, so obviously it was a great honor to represent the United States.”

At 17 years old, Carter-Vickers was the youngest member of the U-20 MNT roster in New Zealand and appeared in all five of the team’s matches, helping the side to the quarterfinals where they fell 5-4 on penalty kicks to eventual champions Serbia.

In May 2017, Carter-Vickers was named to his second U-20 World Cup roster, returning to the fold along with 2015 holdovers Erik Palmer-Brown and Gedion Zelalem. Still recovering from injury, Carter-Vickers sat out the USA's first match -- a 3-3 draw vs. Ecuador -- before returning to earn Man of the Match honors as he anchored the back line in a 1-0 defeat of Senegal on May 25. In the end, Carter-Vickers played in three of five matches at his second U-20 World Cup as the U.S. matched its Quarterfinal finish from two years earlier.

Coming off his impressive showing at the FIFA U-20 World Cup in 2015, Carter-Vickers made the matchday 18 the first time in a 1-1 draw at Monaco in the UEFA Europa League on Oct. 1, 2015. Continuing to impress in the club’s development setup, the hulking center back was promoted to Spurs’ first-team squad for the start of the 2016-17 campaign and featured in preseason matches against Juventus, Atletico Madrid and Inter Milan. 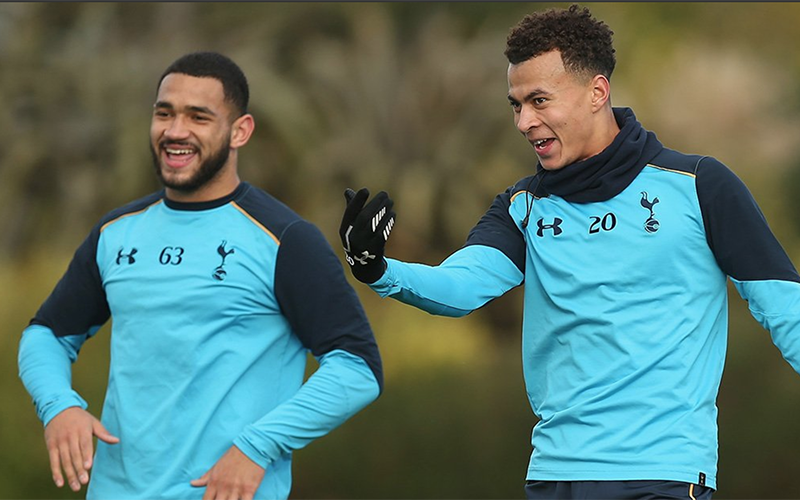 Carter-Vickers received his first team debut for the club, playing the full 90 minutes in a 5-0 EFL Cup win against Gillingham on Sept. 20. A month later, he went the distance again for Spurs in the next round, but the club fell 2-1 to Liverpool.

A little more than a week after his 19th birthday, Carter-Vickers took another step in his career when he was handed his Spurs FA Cup debut, putting in an active performance in the back during the club's 2-0 victory against Aston Villa in Third Round play on Jan. 8.

Hard to believe @cameroncv2 is still just 19-years-old. #USMNT centre back putting in another assured display for @SpursOfficial in #FACup.

Though a near constant in Mauricio Pochettino’s matchday squads in both Premier League and UEFA Champions League during 2016-17, a lack of playing time saw Carter-Vickers seek out a loan for the start of the next season. Spurs agreed and found a prime taker in Championship side Sheffield United, where Carter-Vickers has carved out a starting place leading to his first cap with the U.S. Men's National Team.

Carter-Vickers received his first call-up to the U.S. Men's National Team as the youngest player on the MNT roster for World Cup Qualifying matches against Mexico and Costa Rica in November 2016, though he didn’t play in either match.

That December, Carter-Vickers was named a finalist for U.S. Soccer’s Young Male Player of the Year, cementing his place as one of the USA’s brightest prospects. Thanks to gaining consistent playing time with Sheffield United, Carter-Vickers received his second summons to the senior team for a friendly at Portugal on Nov. 14, 2017. 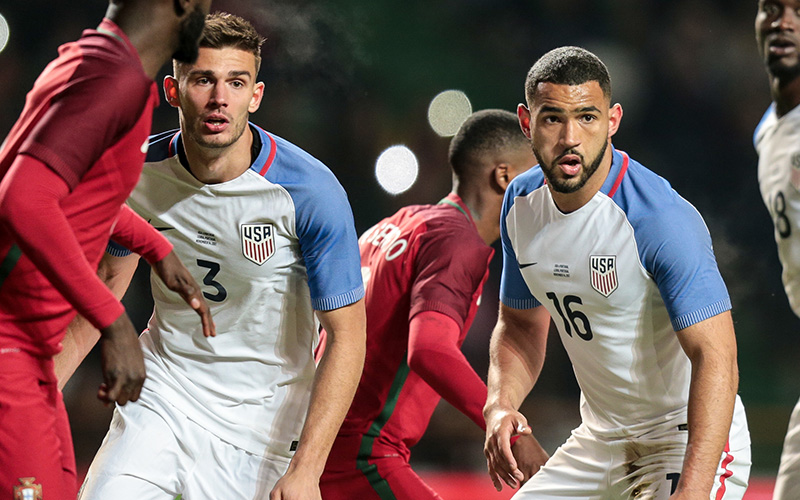 The 19-year-old took his chance and finally made his international debut when he entered at halftime for John Brooks. Pairing with his former U-20 teammate Matt Miazga in central defense, the debutant helped the U.S. keep a clean sheet as the MNT earned a 1-1 draw against the reigning European champions.

“It’s a dream come true.  It’s what every young player wants to do growing up. You always want to represent your country and the senior level – it was great.”