Whirlwind may be the most accurate term to describe the past 12 months in Andrija Novakovich’s life.

Largely off the National Team radar while playing in the development setup at Reading, the 21-year-old took a chance by going on loan to Dutch second division side Telstar last July. Proceeding to lead the White Lions with 22 goals in 38 competitive matches, that form propelled him to his first two MNT caps against Paraguay and Bolivia earlier this year.

This week, the budding striker inked a two-year contract extension with Reading as well as a season-long loan to recently promoted Fortuna Sittard in the Dutch top flight. It’s a deal that keeps the Muskego, Wisc., product in the English side’s plans while giving him a step up in competition, as Fortuna will face the likes of Ajax, PSV, Feyenoord and AZ Alkmaar this season.

“I had been talking to Reading throughout the season and seeing what their plans were,” Novakovich told ussoccer.com from his family home in Wisconsin. “A few clubs came in for me over the period, and after speaking to them and seeing what was the best option for myself Reading said they saw a future for me at the club and wanted to re-sign me. There was interest from other clubs in Holland. They came into contact with them and we worked out a nice deal to keep it so I’ll continue to get consistent playing time. That was the main motivation for me to go to Fortuna.” 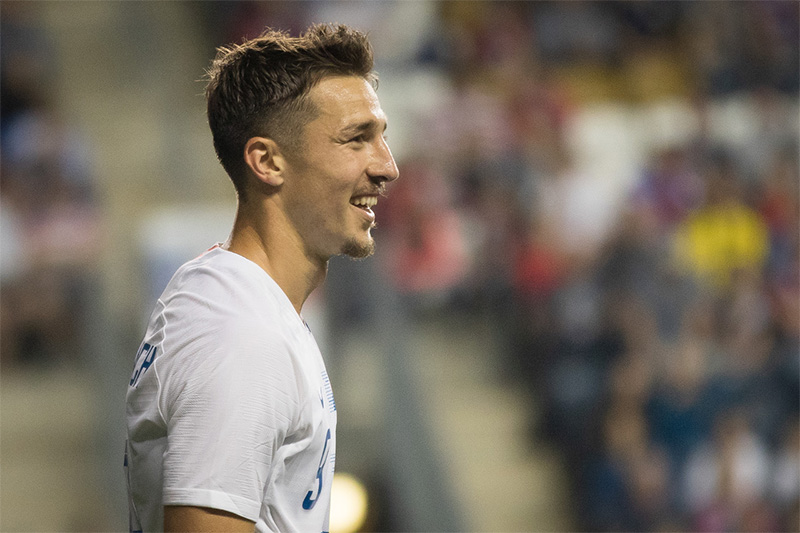 Novakovich found himself in Holland last season thanks to a connection between former Reading boss and Dutch international Jaap Stam. He believes the philosophical approach clubs in the Netherlands take towards development helps young players there thrive.

“They believe in younger players. They’ll have experience on certain parts of the field, but they let young players try to prove themselves and it’s a good platform to do that. The league is competitive, and over the years many players have used their time in Holland to jumpstart their careers. Now I’m taking a step up in leagues, and with that it’s about continuing to develop and improve each day.”

While happy to take the next step of his career, Novakovich is full of gratitude for the tiny club in Amsterdam that gave him the platform and experiences to find his way forward.

“When I got to Telstar last year, I just wanted to go out there and prove myself,” he said. “There are ups and downs, but you learn so much from the experiences and events in your career. It was really exciting this last season. It ended bittersweet losing in the promotion semifinals, but looking back it was such a great year. Telstar helped me get my first call-up to the National Team, my first caps, and the experience of the last three games against Bolivia, Ireland and France. It was an amazing year, something to build off of. Hopefully it continues this way, but there is a lot of hard work ahead.”

Thank you to SC Telstar for an incredible and unforgettable year. I am truly grateful for the opportunities that were given to me to grow as a man and as a footballer. Thank you to my brothers, staff, fans, and everyone involved with the club that made this season extraordinary. I am forever a White Lion ⚪️🦁🙏🏼 #WitteLeeuwen #Telstar #ANine

Back in Wisconsin since completing the MNT’s European camp earlier this month, Novakovich will have one more week at home before returning to Holland for the start of preseason training at the beginning of July.

“I’m taking the last little bit of my summer to relax, get focused and make sure my mind is right for the next season.”

With an immediate eye towards starting strong with his new club, Novakovich said he aims to be back in with the MNT when the team reconvenes this fall.

“I know there is a strong schedule of matches planned, so I’d be honored to be involved,” he said. “You always want to be part of the big games.”