Five Things You Should Know About Bobby Wood

Having nearly ended his club career after a series of knee injuries, few MNT players have overcome the obstacles that Bobby Wood has. Now an established member of the Senior Team, here are five things you should know about how the Hawaiian-born striker got to where he is now for both club and country.

Born in Honolulu, Hawaii on Nov. 15, 1992, Bobby Wood went on to become just the second player form the Aloha State to represent the MNT after Brian Ching first did it in 2003. Wood played for Hawaiian youth club Powder Edge FC before his family relocated to Southern California where he turned out for Irvine Strikers.

A standout in his two years there, Wood attracted interest abroad and eventually joined the 1860 Munich Academy as a 14-year-old in 2007.

Three years in 1860’s Academy developed Bobby into one of the top youth players at the club, and he was eventually awarded his first team debut as an 18-year-old on Feb. 14, 2011 away to Erzgebirge Aue.

On the radar of the U.S. Men’s National Team program, Wood was invited into then U-20 head coach Thomas Rongen’s camp one month later, but suffered a meniscus injury that put him out for the remainder of the German season. Having returned at the start of the new campaign, Wood re-injured his knee while away with the U.S. U-23s in November 2011, and two corrective surgeries later was close to calling it quits on his career.

“Of course I doubted my career,” Wood told The New York Times in 2012. “It was a really tough moment for me but I went through it. I spent time talking with my close friends and family. They were very supportive. They told me to keep my head up. It was a long road back.” 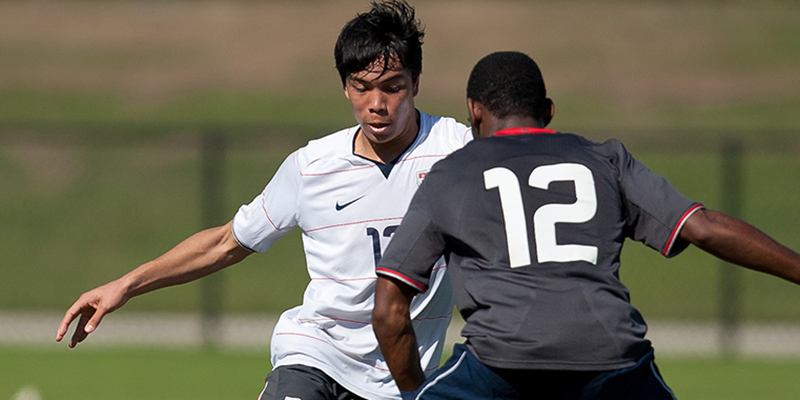 After returning home to spend time with friends and family, Wood pondered enrolling in college, but 1860 Munich U-23 head coach Alex Schmidt convinced him to continue his soccer career. Soon enough, the club’s first team coach Reiner Maurer was dismissed in Nov. 2012, opening the door for Schmidt to takeover and giving Wood another run of first team minutes with the club.

Wood earned his U.S. Men’s National Team debut a year later, coming on as a substitute in a 4-3 win at Bosnia-Herzegovina on Aug. 14, 2013, but continued to yo-yo between 1860 Munich’s first team and U-23 side until looking for greener pastures with a loan move to Erzgebirge Aue in Feb. 2015.

The move re-energized Wood, who scored three goals down the stretch and earned another call-up to U.S. MNT camp that June.

Looking to build off the end to the 2.Bundesliga campaign, Wood trained with the U.S. ahead of two high-profile friendlies away to then sixth-ranked Netherlands and defending World Cup champion Germany with hopes of just getting into either match.

With the U.S. trailing Holland 3-1, Wood entered the match in the 65th minute and helped cap an incredible comeback with his 90th minute strike to give the MNT a memorable 4-3 win in Amsterdam. Coming off the bench just five days later in Cologne, Wood provided an 86th minute winner that gave the MNT a 2-1 victory against the defending World Cup champions.

Those performances in the June friendlies combined with his end-of-season form at Erzgebirge Aue secured his move to Union Berlin to begin the 2015-16 2.Bundesliga campaign.

Though it took a few games to get his feet wet in the German capital, Wood opened his account for Union Berlin in a 2-2 draw with Kaiserslautern on Aug. 16, 2015. That goal proved the first of many as he went on to tally 17 goals in 31 appearances for the club, setting a scoring record for an American in Germany’s top two leagues.

Concurrent with his run at Union Berlin, Wood continued to make his case on the international level after popping up with an extra time strike in the MNT’s 3-2 CONCACAF Cup defeat to Mexico that October and putting in a memorable performance in a 6-1 World Cup Qualifying win against St. Vincent and the Grenadines the following month.


In 2016, he established himself as a first-choice striker for the MNT, with his 15 appearances coming second to only captain Michael Bradley, while his four goals ranked him behind only Jozy Altidore. His impressive numbers led to a runner-up finish for the U.S. Soccer Male Player of the Year award. Beyond statistics, Wood’s speed and strength won’t always show up on the score sheet, but those qualities do a great deal of work for helping to open up space and create chances for his teammates.

Off the field in MNT camp, Wood has formed a bond with teammates John Brooks and DeAndre Yedlin. Dubbed by themselves as "The Three Muskeez" (short for "The Three Musketeers"), the trio has come of age together with the U.S. MNT and are nearly inseparable when the National Team gathers. 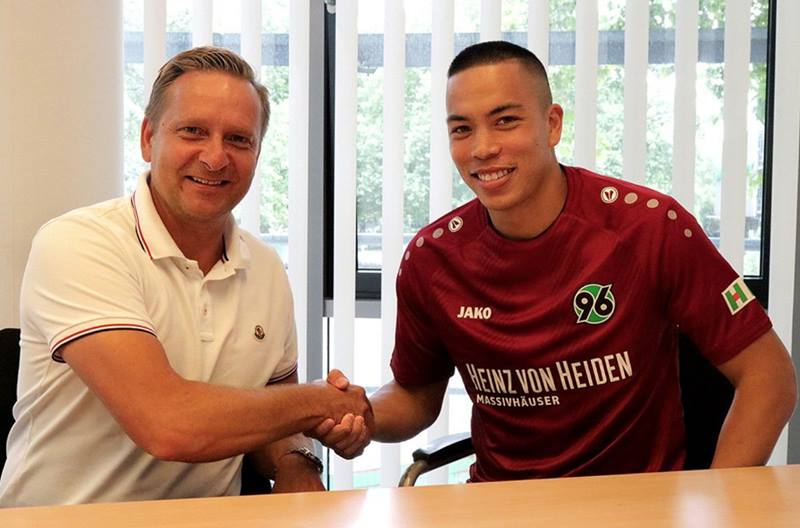 Wood’s club and international performances paved the way for his move to to the German topflight, where he signed with Hamburg in May 2016. Wood was a focal point up front during his two seasons with the German club, tallying 14 goals across all competitions.

Though Hamburg was relegated following the 2017-18 campaign, Wood stayed up in the Bundesliga by going on a season-long loan to Hannover 96 in July 2018.