As the 2018 World Cup drew to a close on the other side of the planet, U.S. Soccer hosted its inaugural U.S. Soccer Hackathon on July 14-15 in Chicago. The free event at 1871 - Chicago's Center for Technology and Entrepreneurship was the first soccer-specific hackathon to take place in North America.

Engineers, developers, data scientists, and students from across the country gathered in a world-class work space – 1871 was recently rated as the top incubator in the world, per UBI Global – to develop solutions for soccer industry problems, and share ideas to push the sport forward from commercial and soccer standpoints.

“The event has resonated with a bunch of people who are talented at manipulating data, and they’re obviously soccer fans,” said U.S. Soccer Director of Analytics, Ross Moses, who served as the Hackathon host. “This is about developing and sharing new ideas to challenge how we measure and present what happens on and off the field. There’s a lot of undiscovered territory in soccer analytics, obviously more so than sports like baseball and basketball. So, we’re going to democratize the data for 24 hours and let those smart folks try to hack some ideas and problems in and around the sport. It’s exciting to see what different viewpoints can come up with when given the data.”

Given access to exclusive data that were provided by Opta, U.S. Soccer’s Official Live Match Data provider, the 140 hackers addressed problems and ideas ranging from scouting youth or opposition players to quantifying a team’s chemistry to valuing roster spots within the rules of a league competition. Working over a 24-hour period to complete their projects, the teams and attendees encountered an event that also served as a great networking opportunity. About half the participants were students who got a great opportunity to build their network. Others were working professionals who may have just been looking for like-minded folks and new friends but wound up showcasing their skills in front of U.S. Soccer officials, the general soccer analytics community and other organizations from the soccer space.

“That’s why we built the Hackathon around the World Cup watch party,” noted Moses. “Facilitating deeper connections between soccer fans is a key strategic pillar of ours, and watch parties are one of the best mechanisms for doing so.”

Around the watch party on the Hackathon’s second day, a panel of judges evaluated the team submissions and selected two winners. The six-judge panel included a mix of soccer executives, CEO/venture capitalists, and data analysts:

Nottingham Random Forest was awarded the grand prize for their project that modeled player decision making in the final third. Made up of team members Andrew Crago, Benjamin Harrison, Eliot McKinley, Kevin Minkus and Andrew Smith, Nottingham Random Forest’s project was composed of three complimentary measures that can be applied to oppositional scouting or evaluation within a team’s own players. 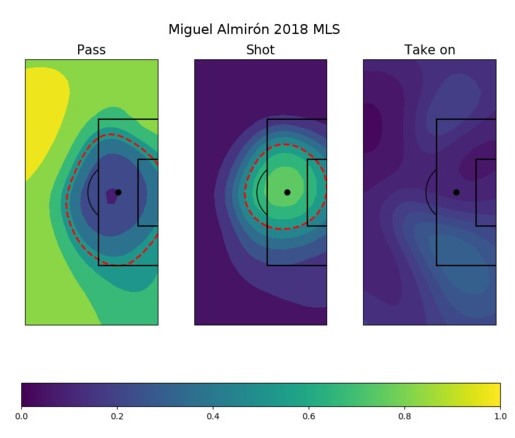 The team will receive Ultimate Fan Experience tickets to the USMNT or USWNT game of their choice and have been invited to present at the 2018 MLS Innovation Showcase during All-Star week in Atlanta. 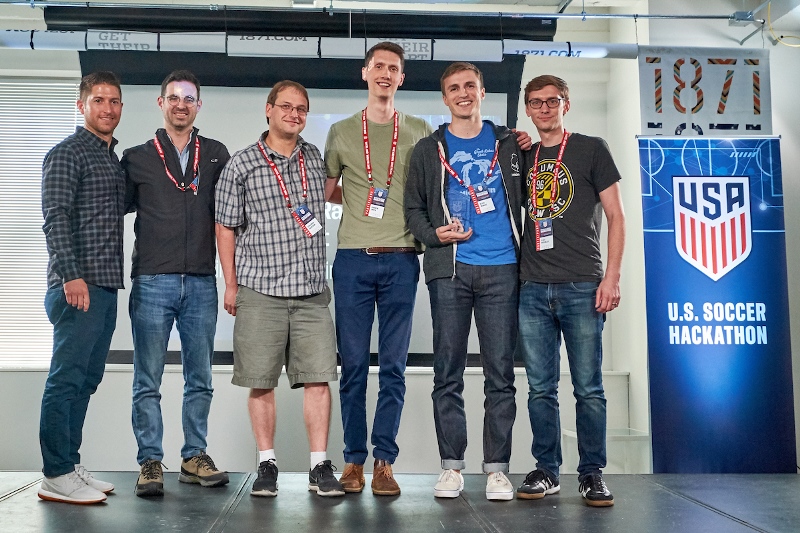 The eccentricity of the Hackathon has spurred some questions about U.S. Soccer’s intentions, but there is no doubt that the sport as a whole stands to benefit. “The Hackathon is not some selfish gain by U.S. Soccer at the expense of the participants and their work. This is for the sport and those who choose to build on these ideas. We see it as a way to push the entire sport forward,” said Moses. “The projects can be reviewed on the competition page and they are now available as open-source initiatives (Apache License 2.0) on our Github page, as well.  That means the source-code is there for anyone to view, use, or modify, so the ideas can live beyond the event and be developed even further.”

Illustrative of the diverse ideas on display at the Hackathon, the runner-up project focused not on on-field application but fan engagement, specifically for the burgeoning women’s soccer (WoSo) community in the U.S. Dribble, a web-based fan interaction app, was created by team members Denise Duffy, Ethan Fertsch, Alison Gale and Jamie Swanson with the purpose of increasing WoSo fan involvement that will lead to broadening the fan base. 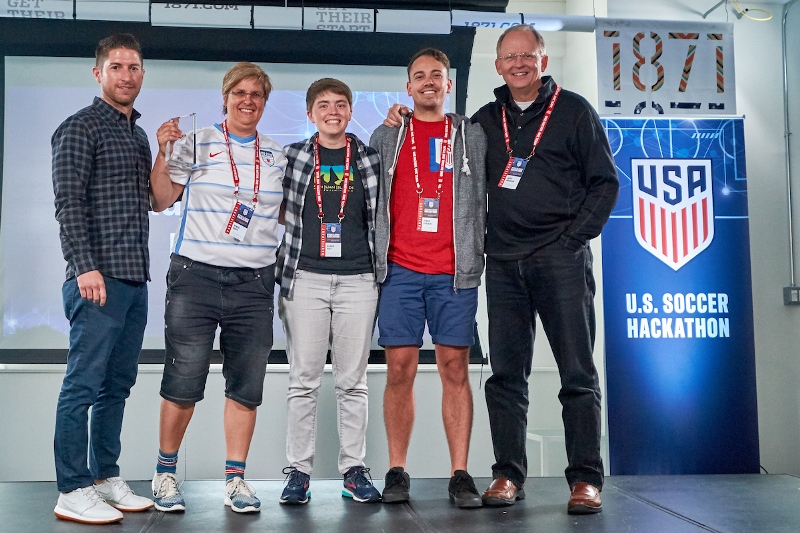 Ultimately, the Hackathon produced 28 remarkable projects that can all continue to be worked on and built upon in service of advancing engagement and enjoyment of the beautiful game in the U.S. and beyond (all projects can be seen here). With the high turnout of attendees and impressive projects produced, the inaugural U.S. Soccer Hackathon was this first step toward an inspiring new future for soccer analytics and the sport itself.

“The success of the Hackathon really comes down to the engagement we get from the data science community. I think the combination of an authoritative party like U.S. Soccer, a world class venue like 1871, and an abundance of interesting data from Opta made this event really appealing,” concluded Moses. “The quality and amount of participation we received for the event speaks to that, and we’re excited to build on this success with future events.”