Family is everything for Zack Steffen. He is currently the mainstay in net anchoring a stingy Columbus Crew defense and working to be the next great in a long lineage of U.S. MNT goalkeepers.
Dan SantaromitaJuly 16 2018
RISING

One of Zack Steffen’s first memories of playing soccer was at a club tryout at five or six years old. He ended up running back to his mom as it was about to start because he was scared.

He eventually got over that fear and would begin to carve out a promising career. When Steffen was 12 and got his first Youth National Team call-up, he would again run to his mother’s arms, but this time it was to share the excitement of good news.

“She’s been my rock honestly for 23 years now,” Steffen said of his mom. “I wouldn’t be anywhere where I am today without her.”

His mom, Stefanie Steffen, recalls all too well Zack’s initial reluctance with the game.

“Those first couple seasons were a little dicey,” she told ussoccer.com. “For the first year or two, he would cry getting out of the car before every game because he didn’t want to go out on the field. It was way out of his comfort zone. He didn’t know any of the kids. It was very scary so we’d have to kind of talk him off the ledge and promise a lot of treats after the game and eventually he would get out on the field and have a good time. 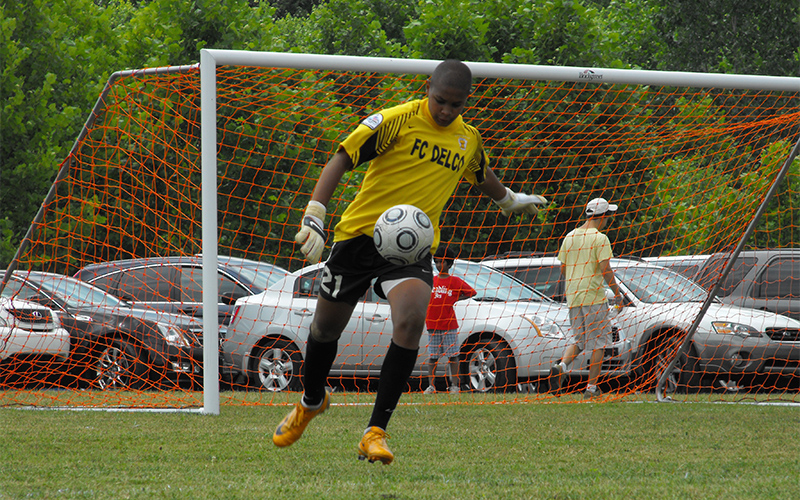 As he gained confidence, the need to be promised ice cream after a game passed. He initially played as a defender. His stepdad, Derek Steffen, pointed out he was even leading the team in scoring.

Then one day the starting goalkeeper for his team couldn’t make it to a game. Zack, then around 10 years old, filled in and has never left goal since.

“We talk about that twist of fate very often,” Stefanie said.

Steffen joined FC Delco in the Philadelphia area at age 12. His coach there, Alan Mezger, remembered, “there was something special about Zack,” in his first year at the club.

His parents kept Zack grounded and didn’t think of a pro future. They started to wonder when he was 13 and U.S. Soccer scouted him. The family received a letter from the National Team that read, “Immediately obtain passport.”

Mezger, who noticed Steffen’s talent, knew that wasn’t the only thing that stood out about the young ‘keeper.

“A lot of the parents are involved in our club,” Mezger said. “They don’t always make the trips. They just stuck the kid on the bus and said, ‘We’ll be here on Sunday night when you’re back from your trip.’

“They were always there to support Zack. They were at all of our home games. It wasn’t just one parent. It was two parents. It was a brother. It was a sister. He even had his own cheering section for some of his home games from some of his friends from high school. I think that speaks to the charisma Zack had.”

Steffen is the oldest of five siblings. His sisters Katy and Lexi, one and two years younger than Zack, share the same parents. Stefanie Steffen separated from their father when they were young. She married Derek, who has adopted all three and they took his last name. He coached some of Zack’s early youth soccer teams and the two watched English Premier League review shows regularly, an exercise that led to Steffen growing an admiration for legendary U.S. goalkeeper Tim Howard. Two brothers, Ben and Cole, whom Zack doesn’t like to refer to as half-brothers despite the technicality, have since joined the family. 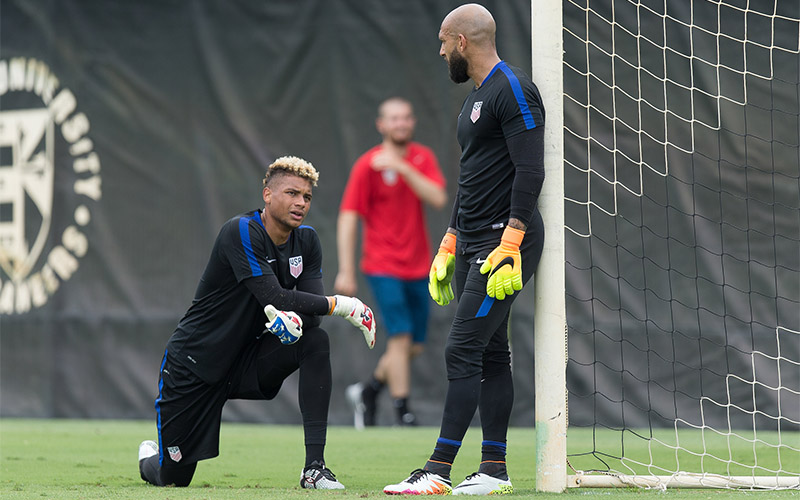 After his youth career ended, Steffen had the chance to go pro out of high school, but instead elected to play at collegiate powerhouse Maryland. The professional environment and the proximity to his home in Downingtown, Pa., made College Park “a perfect option.”

“I like to share my soccer adventures with my family and I like them to be there and to be able to watch me play and see games and to root me on,” Steffen said. “To have Maryland two hours away from my home was amazing, and I knew that I didn’t really want to go to the West Coast with the time difference. I knew that my parents wouldn’t really be able to be out there too much.”

Steffen spent two seasons at Maryland and his parents say they went to every game. In 2013, the Terrapins made the College Cup final. That year, the semifinals and final were played at then-PPL Park in Chester, Pa., less than an hour drive from his hometown. Though they fell to Notre Dame in the championship match, Steffen was named the College Cup’s Most Outstanding Defensive Player. 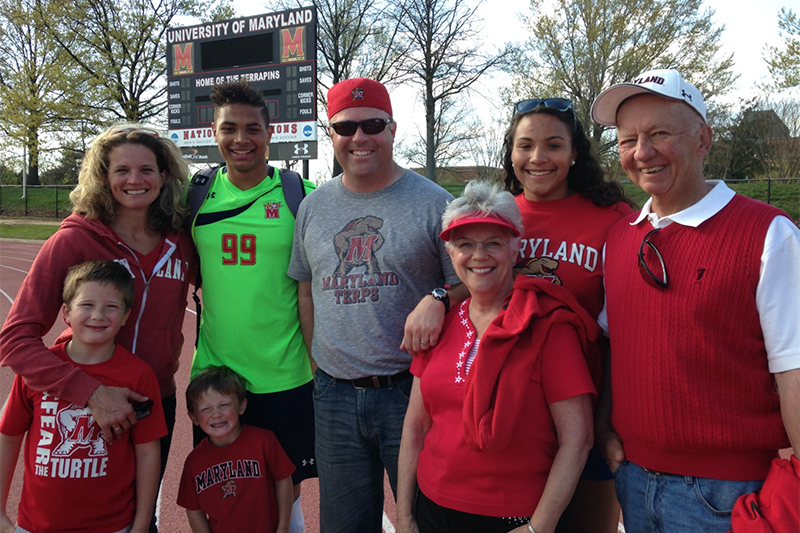 In Dec. 2014, Steffen and his family thought he was ready to turn pro and leave the proximity to home and his family behind. In an effort to boost his chances to make the U.S. squad at the 2015 FIFA U-20 World Cup, he signed with SC Freiburg in Germany.

The National Team side of that move paid off. Steffen started in qualifying and at the World Cup in New Zealand. He made a penalty kick save to preserve a narrow 1-0 win in the Round of 16 against Colombia and made two more saves in a nine-round shootout loss to eventual champion Serbia in the quarterfinals. 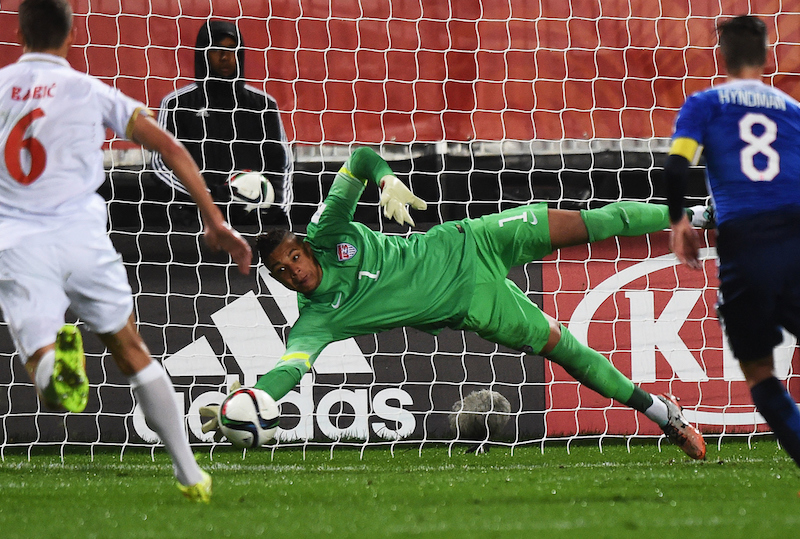 However, things didn’t go as smoothly in Germany. An ocean away from his support system, Steffen was back out of his comfort zone and didn’t have his home and family to help him as much this time. There is always an adjustment process when going to a new continent. Steffen said even getting basic amenities like power, internet and cable set up compounded being in a foreign country with little knowledge of the language.

Steffen says he would do it all over again because of what he learned about goalkeeping, but when an opportunity came in July 2016 to return stateside with Columbus Crew SC, he jumped at the chance.

“Off the field there were good days and there were bad days,” Steffen said of his time in Germany. “It was just hard to be far from family and friends and be six hours ahead of everybody back home and only having six hours after training to be able to connect with your loved ones.

“It was lonely at times, and I learned a lot about myself in those moments.” 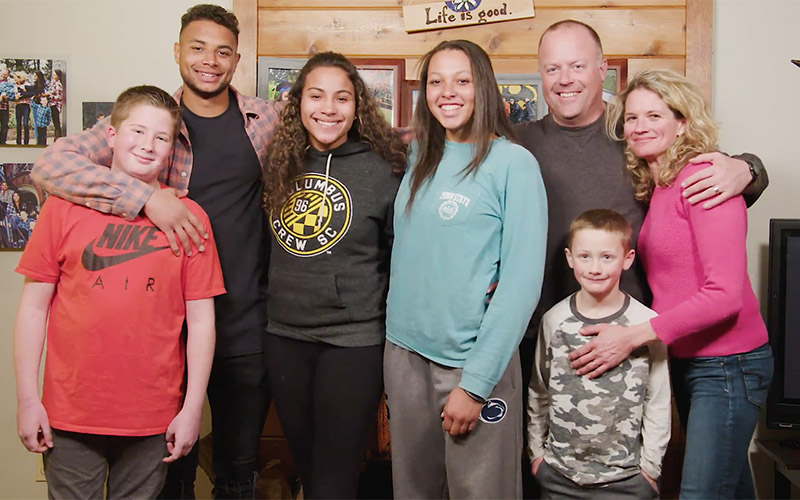 His family did visit him in Germany, but even that was weird for Steffen. His family, including his two sisters, were there, but it was in the summer during Freiburg’s preseason. It was a vacation for them, but all business for him.

“It didn’t really feel like a home to me,” he said. “Deciding to come back over here had a lot to do with happiness and then having my family kind of be a part of my life again because they are so important to me. Coming back to Columbus six hours away from my family is great. They come to a lot of games and I see them very often. I love Columbus – it feels like home.”

After serving as veteran goalkeeper Steve Clark’s understudy with Crew SC in 2016, Steffen earned the starting job the following season, playing every minute of the Crew’s 34 regular season matches and keeping nine clean sheets. He put himself on the map as one of the best up-and-coming MLS ‘keepers and added to his resume as a prime U.S. Men’s National Team prospect in a postseason Knockout Round clash at expansion team Atlanta United FC.

Manning the Columbus goal in front of a boisterous crowd of 67,221, Steffen made eight key saves to keep the hosts off the board for 120 minutes. Two more stops in the shootout silenced the crowd at Mercedes-Benz Stadium and helped Columbus advance. His mom, in the stands to support him as usual, said that game was “like being in a movie”, and the script seemed perfect as an upstart Crew SC side advanced to within one match of the MLS Cup Final before bowing out to eventual champions Toronto FC. 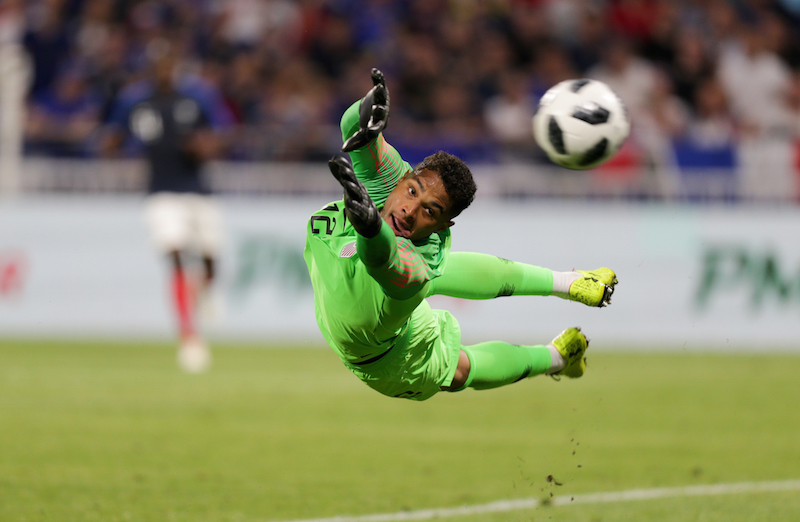 That performance put him in position for his MNT debut in January, combining with Bill Hamid to keep a clean sheet in a 0-0 draw with Bosnia and Herzegovina and went on to earn his first solo shutout in a 1-0 win against Paraguay in March. Steffen drew back memories of that performance in Atlanta when he made seven saves to help a young U.S. squad earn a 1-1 draw against France in Lyon. Steffen ran away with Man of the Match honors against a Les Bleus team playing their final match before their World-Cup winning campaign in Russia this month.

While just a friendly, the performance in only his third cap earned high praise and even saw ESPN play-by-play man Ian Darke even remarking, "Steffen might have cemented his future as the USA's No. 1 goalkeeper."

While the compliment is nice, the performance also conjured memories of Howard's "Minister of Defense" cameo against Belgium at the 2014 FIFA World Cup or Kasey Keller in the USA's 1-0 win over Brazil in the 1998 Concacaf Gold Cup.

"They were always there to support Zack. They were at all of our home games. It wasn’t just one parent. It was two parents. It was a brother. It was a sister. He even had his own cheering section for some of his home games from some of his friends from high school. I think that speaks to the charisma Zack had.”
- Alan Mezger
Tags
MNT
Zack Steffen