The USA made it hard on Brazil in the early going of their Kickoff Series clash last month at MetLife Stadium, but it took just one slip-up for the five-time World Cup champions to get on the scoreboard.

When speedy Brazil winger Douglas Costa got the ball on the outside in the 11th minute, left back Antonee Robinson set his feet too slow. The crafty Juventus attacker made Robinson pay as he blazed past and teed-up Liverpool’s Roberto Firmino for a close-range goal to open the scoring.

In just his third MNT appearance, Robinson didn’t get rattled by the run. Instead, he responded. The promising left back prospect put in a strong performance down the stretch, and Brazil’s only other goal came on a controversial penalty call.

“His acceleration was something I’ve never seen before,” Robinson said. “After the goal went in, I was just like ‘you can’t let that affect your game. It’s a long way to go’. I just tried to give it my all, not let them do that again, try and have a good performance to end on and learn from the very first mistake made in the game.” 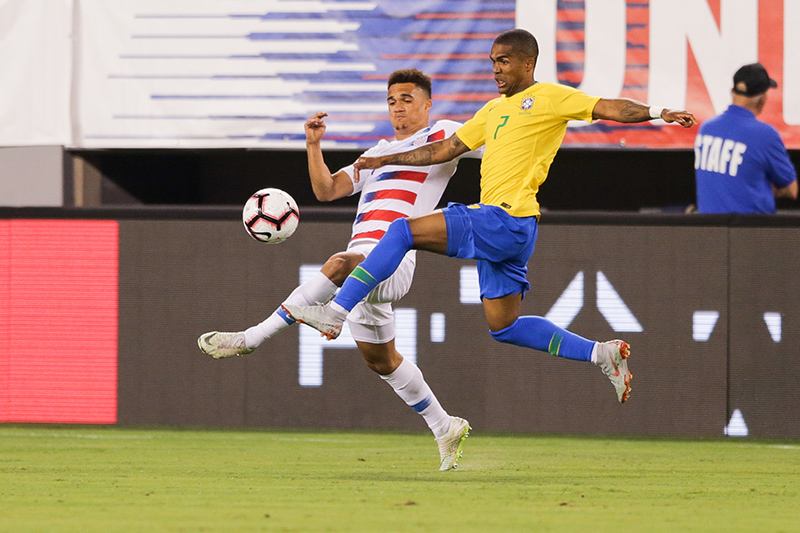 The Kickoff Series schedule features six opponents sitting in the top 25 of the FIFA World Rankings. The gauntlet is designed specifically for young players like Robinson who are taking their first steps with the senior team. There will be lessons learned the hard way, but there’s also the opportunity for the MNT’s next generation to rise to the occasion against some of the world’s top teams.

“Experiences like that you can’t take away from someone,” Robinson said. “It really sets a marker for you. You know what you need to improve on, how tough the competition is going to be at the level that all of us want to be playing at regularly one day.”

Following the Brazil game, Robinson broke down video alongside the coaching staff. They were pleased by his performance after the early hiccup.

“To be able to bounce back from a mistake is something you need,” Robinson said. “We both agreed that if I’ve learned that in the game, that it’s something I don’t let happen in any other game.”

Just four days later, Robinson had another chance to test himself. Not just against any formidable foe, but archrival Mexico. He didn’t start the match, but stood ready for whenever his number was called. 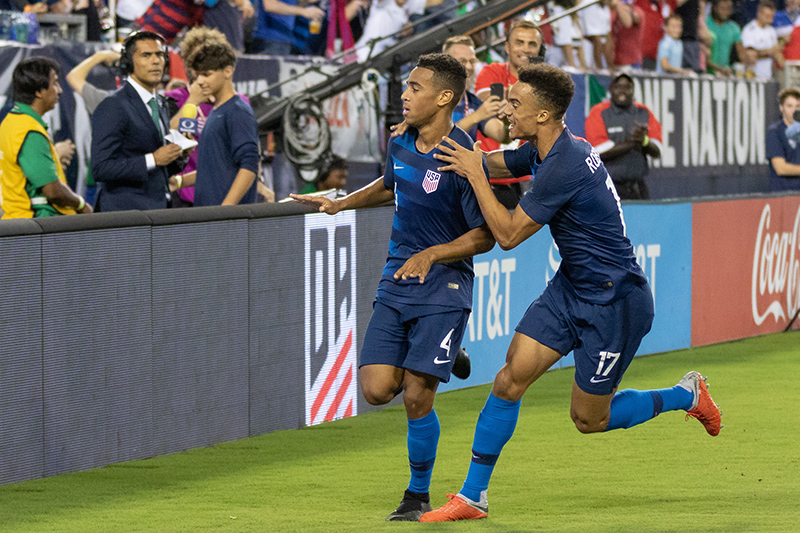 That moment came in the 56th minute, as a substitute for Eric Lichaj. In a tense, back-and-forth contest, Robinson locked down the left side. When Mexico went down a man in the 67th, it ignited the USA attack and Robinson didn’t waste much time to make his presence known. Kellyn Acosta played the 21-year-old as he sped up the left wing and Robinson threaded the ball through the El Trí defense to Tyler Adams. He met the ball near the penalty spot and one-timed it past goalkeeper Hugo González for the game-winning goal.

As the USA prepares for two more tough tests this month against Colombia and Peru, Robinson is ready. Formulated as a trial by fire, the Kickoff Series will have moments that knock the young MNT down, but also plenty of chances to get back up again.

“I’m really looking forward to the chance to stand up to the challenge of playing against good teams,” Robinson said. “Hopefully I show that I can hold my own against them as well.”