During the past year, there has been a heavy emphasis on handing opportunities to younger players for the U.S. Men’s National Team. As the next generation began taking its first steps with the MNT, the veterans watched from a distance.

Though not part of the group, Michael Bradley paid attention. The midfielder with 140 caps used his vantage point from afar to view the team from a different perspective, utilizing the situation to watch the games with someone special.

“I’ve been able to watch a few of them with my son, and to see him get excited for some of the games, to share those moments with him has been great,” Bradley said on his return to MNT camp Sunday. “Being a fan has been fun. Not as much fun as being here and playing, but it’s been exciting.” 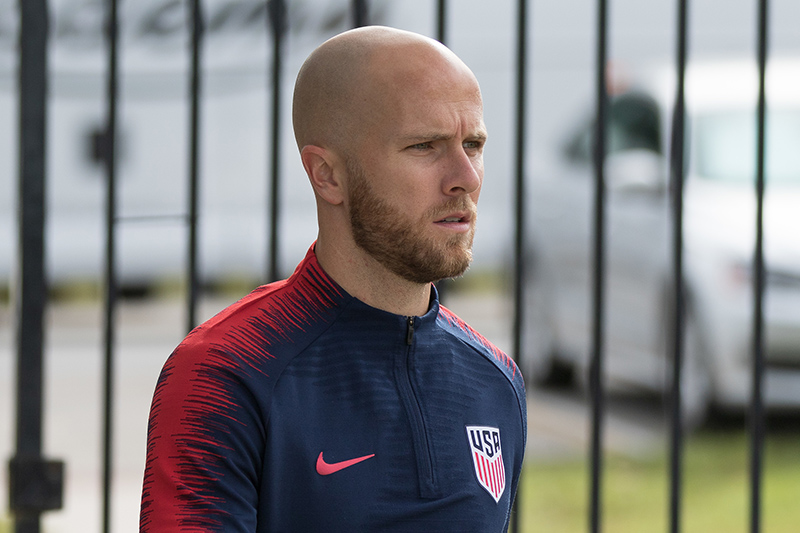 Though he’s taken the fan’s perspective the last few months, Bradley hasn’t been disconnected from the squad. Toronto FC teammates Alex Bono and Marky Delgado have filled him on how things have been going. Communication with head coach Dave Sarachan, and more recently general manager Earnie Stewart, has been positive and consistent. The main message: he and other veterans would be back.

After a year-long absence, Bradley rolled into MNT camp on Sunday with veteran goalkeeper Brad Guzan. Already leaders in the National Team setup, the pair will use the current camp and upcoming friendlies against Colombia and Peru as a way to begin imparting their experiences and challenging a young group.

“I’m looking forward to spending time with different guys on and off the field,” Bradley said. “I think guys should come in here and feel like they can be themselves, be excited about the opportunity and show who they are in terms of their personality and what they’re about every day. For me to watch from afar, to see how the team and certain individual players have responded in really strong ways and have shown going forward they have to be a big part of things, that part has been great.

“When I first came into the National Team,” Guzan said, “I looked to older guys to see how things are done, working to understand the mentality and what it means to represent your country.” 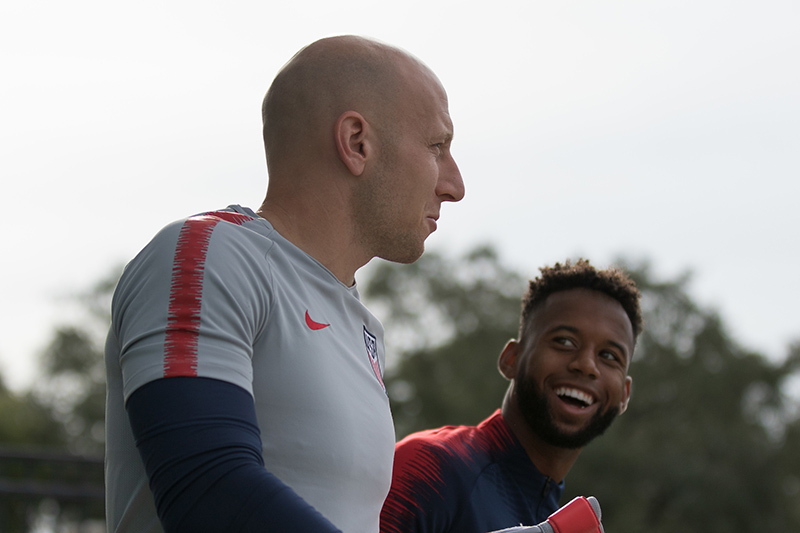 Players like Kasey Keller, Pablo Mastroeni, Tim Howard, Carlos Bocanegra and Steve Cherundolo were those that laid the path for Bradley and Guzan as they took their first steps in 2006 and 2007. They were senior teammates that had accomplished much and had plenty of wisdom to pass along, something Guzan is ready to do with a roster that averages just above 24 years.

“I’ll try to go about my business the best way I know,” he said, “pushing guys to be better, helping guys when needed and just being some if there are questions or concerns. If they need to talk, you’re always there.”

One of 18 players to make their debuts since last November, Antonee Robinson believes the wisdom and know-how veterans can bring in difficult situations are welcome additions for the younger group.

“You definitely need a few experienced players in your team,” the 21-year-old defender said. “Michael and Brad’s caps put together is probably more than the rest of the team, so that’s something you benefit from. Having them alongside you, you trust what they’re saying is going to be right and you feel a lot more confident having them on the team. Even off the pitch, having meetings, they’re going to give their input. You can draw on that and get the confidence from them.” 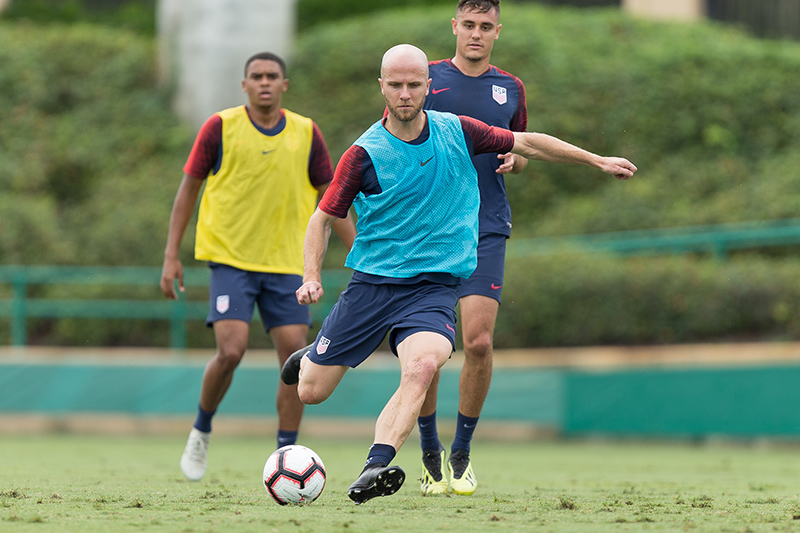 While the Kickoff Series represents a strong slate of matches, ultimately the results are less important than the long-term benefits, namely the ability to learn and grow as a group before getting to the competitive matches that lay ahead with next summer’s Gold Cup, the new Concacaf Nations League and qualifying for the 2022 FIFA World Cup.

With that competitive schedule kicking off again next June, Wil Trapp, who has served a captain most of the year, agreed that now is the right time to reintroduce veterans into the mix.

“It’s an ideal time for that to occur,” Trapp said. “You don’t want to be dealing with a lack of experience in the group when results are really on the line. These are friendly games and it’s important to win them, but at the same time we can experiment with a lot of things. For this young group, sprinkled with some veterans, it’ll go a long way for us to understand the greater nature of talent and the player pool in the grand scheme of things.”