Gracie Fitzgerald Wins 2018 U.S. Soccer Player of the Year with a Disability Award

CHICAGO (Dec. 17, 2018) – U.S. Deaf Women’s National Team defender Gracie Fitzgerald has been voted the 2018 U.S. Soccer Player of the Year with a Disability for her impressive performances at the Deaf Women’s World Cup and nationally ranked Centre College.

Fitzgerald joined the U.S. DWNT as a defender in 2015. Now 19, her stellar performances, which included a goal against Great Britain during the most dominant Deaf World Cup run in U.S. DWNT’s history, earned her a place on the Best XI All-World Cup Team. The USA’s defense, anchored by Fitzgerald, conceded only two goals in its World Cup run.

“It is an absolute honor to be recognized for playing the game I love,” Fitzgerald said. “Playing for the U.S. Deaf WNT has afforded me the opportunity to represent my country, especially those in the deaf and hard of hearing community, who overcome challenges every day to achieve their personal best. Soccer requires a significant amount of communication in order to be successful, yet I play on a team where communication is a huge disadvantage. But, that has not stopped us from being a successful team. I cannot wait for the opportunities and adventures of the 2020 Deaf World Cup!” 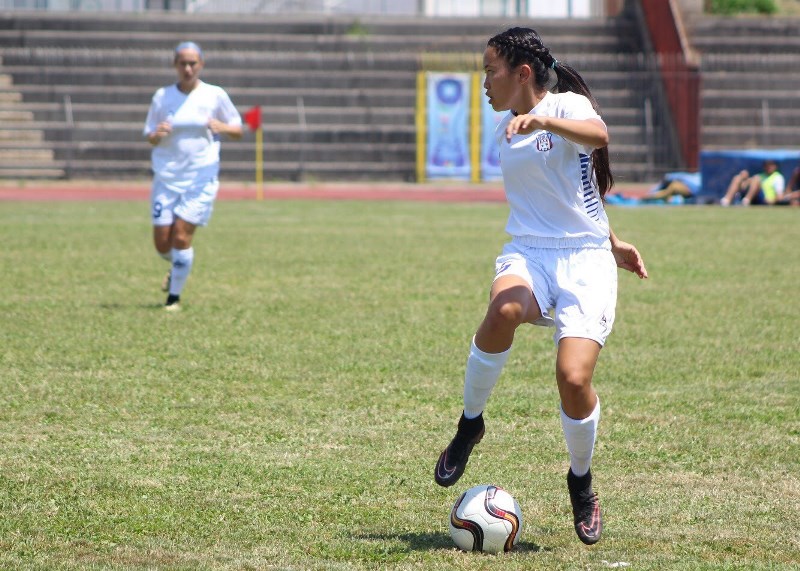 She also recently completed a spectacular sophomore season, starting 16 of 22 games in the back for No. 4-ranked Centre College, which made a good run to the NCAA Div. III third round where the team fell to No. 15 Wheaton College, 2-1, to finish their season with a 21-1 record.  She tallied two goals in the Southern Athletic Association playoffs with a beautiful headed goal in the Final.

“Gracie is a mature, mindful person on every level. Her approach to soccer is equal to her approach in academics and everything in between,” U.S. Deaf Women’s National Team and University of Washington associate head coach Amy Griffin said. “She is coachable, willing to take risks and push her boundaries to be able to improve. She helps her teammates is a quiet leader by allowing her actions to speak for her, and they always match the goals she is striving to achieve. On the U.S. DWNT she was paramount to the success of the 2016 world championship team, helping the back line shut down the rest of the world’s attack.”

The U.S. Player of the Year with a Disability was first awarded in 2012, with Felicia Schroeder receiving the honor. A full list of award winners can be found here.