Five Things to Know About Ecuador

The U.S. Men’s National Team continues its preparations for the 2019 Concacaf Gold Cup when it takes on Ecuador on Thursday, March 21 at Orlando City Stadium in Orlando, Fla. (8 p.m. ET; ESPN2, UniMas, UDN).

Here are five things to know about La Tricolor:

Footballing History
While not a traditional power of South America, Ecuador has raised its game since the turn of the century. Previously, fourth-place finishes in the 1959 and 1993 Copa America tournaments were the country’s most notable feats until La Tricolor qualified for its first FIFA World Cup in 2002. Since that first appearance, Ecuador has been at three of the last five FIFA World Cups, and memorably advanced from the group stage during the 2006 edition in Germany.

The nation’s all-time cap leader is former defender Iván Hurtado, whose 168 appearances also place him sixth worldwide. With 31 career goals, former striker Agustín Delgado is Ecuador’s all-time leading scorer. Both players were part of the team’s pinnacle success in 2006, with Hurtado serving as captain, while Delgado found the back of the net twice in the tournament.

Here and Now
Ecuador stayed alive throughout qualification for the 2018 FIFA World Cup but faltered in its last few matches and finished seventh in the unforgiving CONMEBOL qualifying format. Ecuador began a new era last fall, as Hernan Dario Gomez returned to take the reins of La Tricolor after previously guiding Ecuador to its first FIFA World Cup in 2002.

The early returns for Ecuador under “El Bolillo” have been positive, with the team going 4-1-1 in its six matches since last fall. Just like MNT head coach Gregg Berhalter, Gomez will use his team’s March matches against the USA and Honduras (March 26 in Harrison, N.J.) as final preparation for their own regional tournament, Copa America 2019, to be held this summer in Brazil.

All-Time Series: USA vs. Ecuador
The USA trails Ecuador ever so slightly, with a 4-5-5 all-time record. However, the MNT has been dominant since the turn of the century, going 4-1-2 in the last seven meetings. 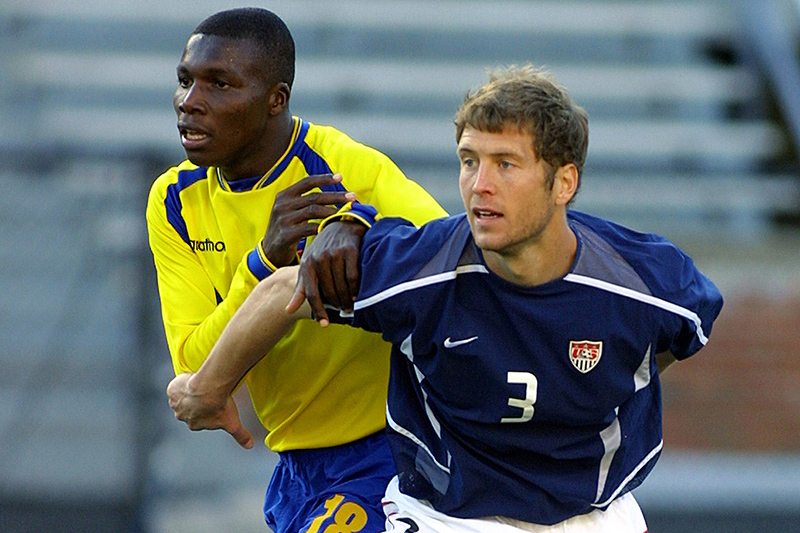 U.S. head coach Gregg Berhalter earned two of his 44 caps against Ecuador, helping keep clean sheets in a 0-0 draw on June 7, 2001 in Columbus, Ohio and a 1-0 win on March 10, 2002 in Birmingham, Ala (photo above). Hernan Dario Gomez also coached Ecuador in this match.

With 93 caps, Antonio Valencia is the most experienced played on the roster, while Enner Valencia’s 27 international goals places him just four behind Agustin Delgado’s all-time scoring lead for La Tricolor. Two players from Major League Soccer also feature on the roster – FC Dallas midfielder Carlos Gruezo and Orlando City SC midfielder Jhegson Méndez, who will have the chance of facing the USA in his club’s home stadium on March 21. 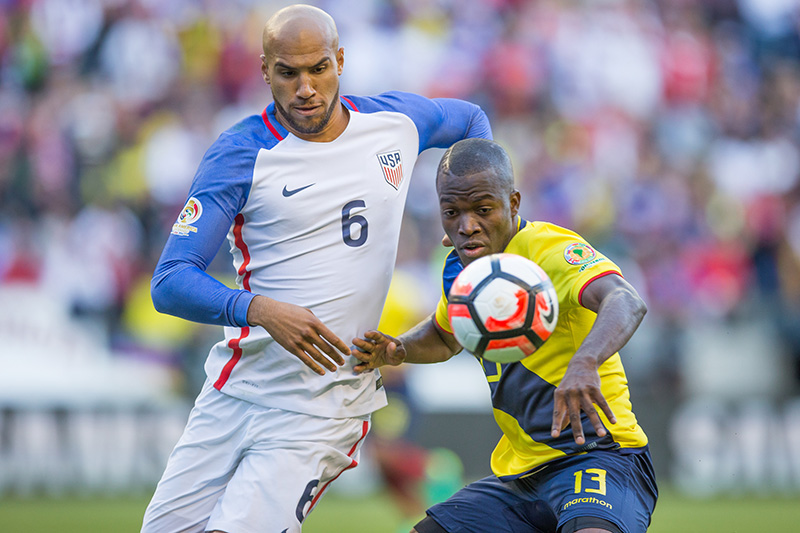 Check out the full roster below:

Ecuador: The Country
Located in the northwest corner of South America, Ecuador is bordered by Colombia (northeast), Peru (south) and the Pacific Ocean (west).

With 16.3 million people, Ecuador is the seventh-most populous country in South America and interestingly, uses the U.S. dollar as its official currency.

The capital of Quito sits 9,350 feet above sea level, making for a significant home-field advantage in World Cup qualifying.

Finally, the national team is referred to as La Tricolor in recognition of the three colors featured on the Flag of Ecuador: yellow, blue and red.