The U.S. Men’s National Team’s path towards a potential record-tying seventh Concacaf Gold Cup championship became clearer on Wednesday as the groups for this summer’s tournament were unveiled at Banc of California Stadium in Los Angeles.

Set for its first competitive matches of the 2022 FIFA World Cup cycle, the USA will have a challenging slate against two fellow teams that took part in the final round of 2018 FIFA World Cup Qualifying in Trinidad & Tobago (June 22 in Cleveland) and Panama (June 26 in Kansas City).

The MNT will open the tournament against Gold Cup debutantes Guyana at the already sold-out Allianz Field on June 18 in Saint Paul, Minn.

“I think we have a great and challenging group,” U.S. Men’s National Team head coach Gregg Berhalter said. “When you prepare yourself to get through a difficult group like this, it sets you up for good things to come. We’re excited to get into camp at the end of May, then develop the team and be able compete in the Gold Cup, which is a fantastic tournament.” 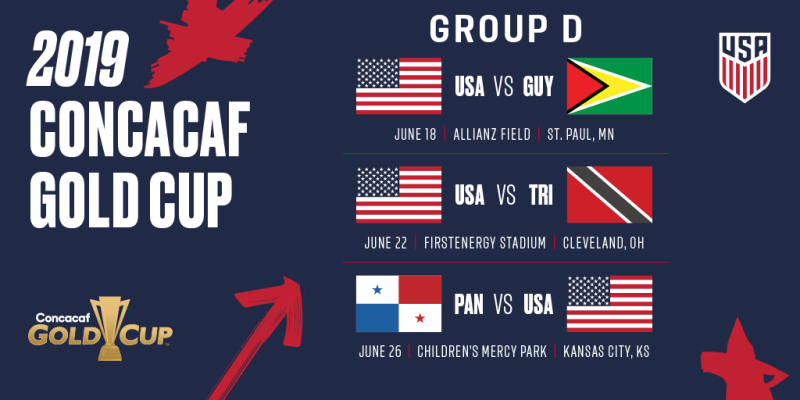 The most anticipated match of the group phase is likely to be the USA’s middle game against the Soca Warriors, who will meet the MNT for the first time since their 2-1 win on Oct. 10, 2017 eliminated the USA from 2018 FIFA World Cup contention on the last day of qualifying.

“I think that will always be there,” he said said when asked about the potential for extra motivation against Trinidad & Tobago. “That’s always going to be an element to that game. For us it’s about taking that emotion out of the game and then performing. We know when we play Trinidad in the second match that we’re going to have an opportunity to put ourselves in a position to advance. It’s going to be an important game -- a positional game -- and we want to win it.”

The USA’s group finale against Panama may strike a familiar tone. In a run that dates back to the 2005 final, the June 26 match will mark the eighth consecutive time the two sides will face each other in Concacaf Gold Cup play.

And just as they’ve been a common opponent, Panama is one of the teams that has given the USA difficulty in the tournament. A 2-1 victory in the 2011 edition made Los Canaleros the only side to defeat the USA in the Gold Cup group stage, while their last three Gold Cup meetings – including the opening match of the 2017 tournament -- have all ended in 1-1 draws.

Berhalter already has a feel for Panama, with the MNT defeating the Central American side 3-0 in his first game as head coach on Jan. 27 in Glendale, Ariz. 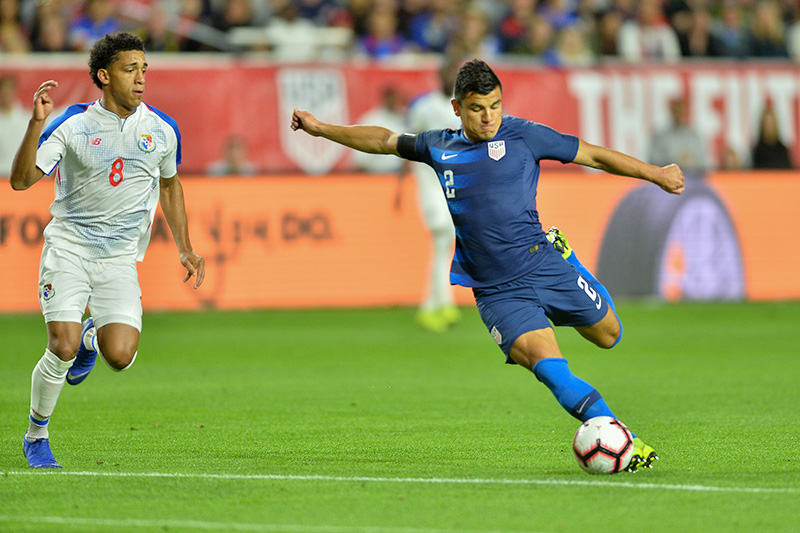 “Panama has athleticism. I think when they play in a low block, they can be difficult to break down, as we’ve seen when we played them,” Berhalter added. “…we’re going to have to be smart when we play against these opponents. We’re going to have to be balanced, and hopefully we’ll be able to circulate the ball to create goal scoring opportunities.”

One of two teams making their Gold Cup debut, Guyana punched its ticket to the tournament by finishing seventh in 2019-20 Concacaf Nations League qualifying. The match will also mark the USA’s first meeting with the country on South America’s northeast coast, marking the 98th different national team the MNT will have faced.

Though less familiar with the Golden Jaguars, Berhalter did have some knowledge of the squad and felt the Gold Cup first-timers would provide a worthy challenge for the USA as it opens the tournament at sold-out Allianz Field in St. Paul on June 18.

“I know that they have a large population of players playing in England in Leagues One and Two. I know the coach is a long-time pro in England and I know he’s going to get that team to compete. It’s going to be a team with a lot of spirit and we’re going to have to be prepared.”

Guyana are coached by former Jamaica international Michael Johnson. A long-time defender in the English game, Johnson likely crossed paths with Berhalter during the 2001-02 season when the Jamaican was playing with Birmingham City and the future U.S. manager was with Crystal Palace. Along with their English-based contingent, Guyana also features Philadelphia Union defender Warren Creavalle and former Toronto FC and Real Salt Lake forward Emery Welshman.

Should the MNT advance from Group D, it will play its quarterfinal match against a team from Group C on June 30 at Lincoln Financial Field in Philadelphia. The MNT’s semifinal is set for July 3 at Nissan Stadium in Nashville, with the final to be played at Chicago’s Soldier Field on July 7.

Berhalter and his staff will continue to evaluate the player pool before the May 16 deadline to provide the provisional 40-player roster to Concacaf. The MNT will have to submit its final 23-player roster by June 3.

The MNT will play two warmup friendlies on domestic soil in early June prior to the tournament opener against Guyana on June 18.