BERHALTER: "There is an amazing atmosphere in Cincinnati"

The last time U.S. Men’s National Team head coach Gregg Berhalter managed a game at Nippert Stadium, he came away with a memorable experience – if not a positive result.

Head coach of Columbus Crew SC when the MLS side took on FC Cincinnati in the 2017 Lamar Hunt U.S. Open Cup fourth round, Berhalter’s side were on the wrong end of a 1-0 shutout to the then-USL club, just one of the many upsets the lower division side pulled off on its Cinderella run to that year’s tournament semifinals.

Asked on Thursday what he remembered about the encounter, Berhalter replied, “The first thing about that match is that I’m still mad that we lost it.”

Though Berhalter’s Crew SC were one of the giants taken down by FC Cincy that year, the more than 30,000 in attendance provided a special atmosphere that night and gave the future MNT head coach a view towards what the burgeoning soccer market – now in the midst of its first MLS season – could offer going forward.

“It was one of the better atmospheres I experienced while working in Major League Soccer,” he said. “I’ve been there watching other games as well, and there is just an amazing atmosphere in Cincinnati.”

FC Cincinnati has continued to support the club well this season, averaging more than 27,000 fans leading up to the MNT’s first match in the Queen City when they face Venezeula on June 9 at Nippert Stadium. The signs of strong support should extend to the USMNT as well, with ticket sales for the match surpassing 19,000 as of Thursday, May 16.

And while hitting up a thirsty soccer market is one part of the MNT’s trip next month, the game also represents the USA’s final tune-up before tackling the 2019 Concacaf Gold Cup. 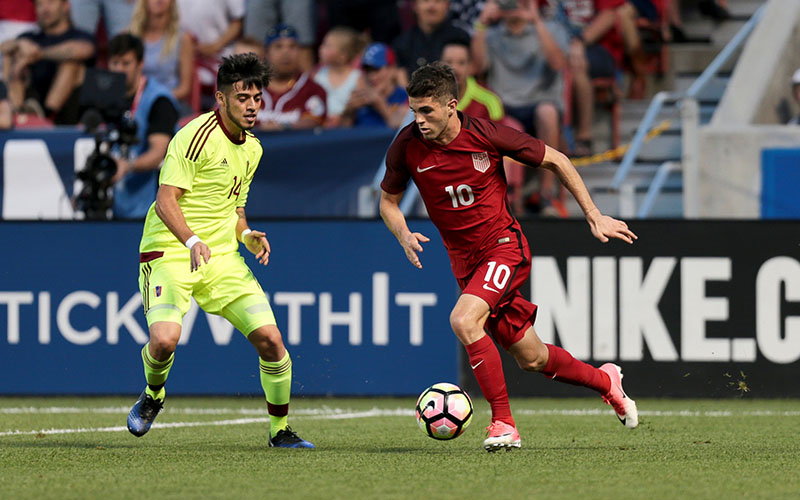 La Vinotinto has made serious strides recently against the traditional powers in South America, with their U-20 side advancing to the final of the 2017 FIFA World Cup and the senior team earning some impressive results of late.

That progress has Berhalter feeling pretty good about the test on offer for his team before it begins its quest to bring home a seventh Gold Cup title.