DaMarcus Beasley: You Remember the Titles

Houston Dynamo’s DaMarcus Beasley will call time on his long career at the end of this MLS season – and he’ll want to do it with a trophy in the air like last year.
Jonah FontelaJune 17 2019
Open Cup

It’s a well-worn cliché to say a player has seen and done it all; well, DaMarcus Beasley sure has seen and done a lot. From his start as a jet-heeled teenage winger in the early days of Major League Soccer, he’s remained relevant, competitive and passionate through a two-decade career punctuated by four World Cup appearances for the USMNT, Champions League stints overseas and a trio of Open Cup titles with Chicago Fire (2) and Houston last year. We sat down for an in-depth and expansive chat with the Dynamo wide man, now 37 and playing out the final season of his career before retiring.

ussoccer.com: The year 2000 was a pretty long time ago. You won your first trophy as a pro with Chicago Fire in that’s year’s U.S. Open Cup. Do you remember it well?

DaMarcus Beasley: Oh yeah. When I look back on my days as a young player and a young pro, of course I remember wanting to win trophies. But it was mostly just about playing. I was having fun playing. So to win something like the Open Cup at a young age, it was great and it was fun and I got a sense of how important it was to everyone at the club. To be a part of it was something I won’t forget. Now I’m older. I know how much it takes to get there, to win any kind of championship, so when I look back it seems even more special. 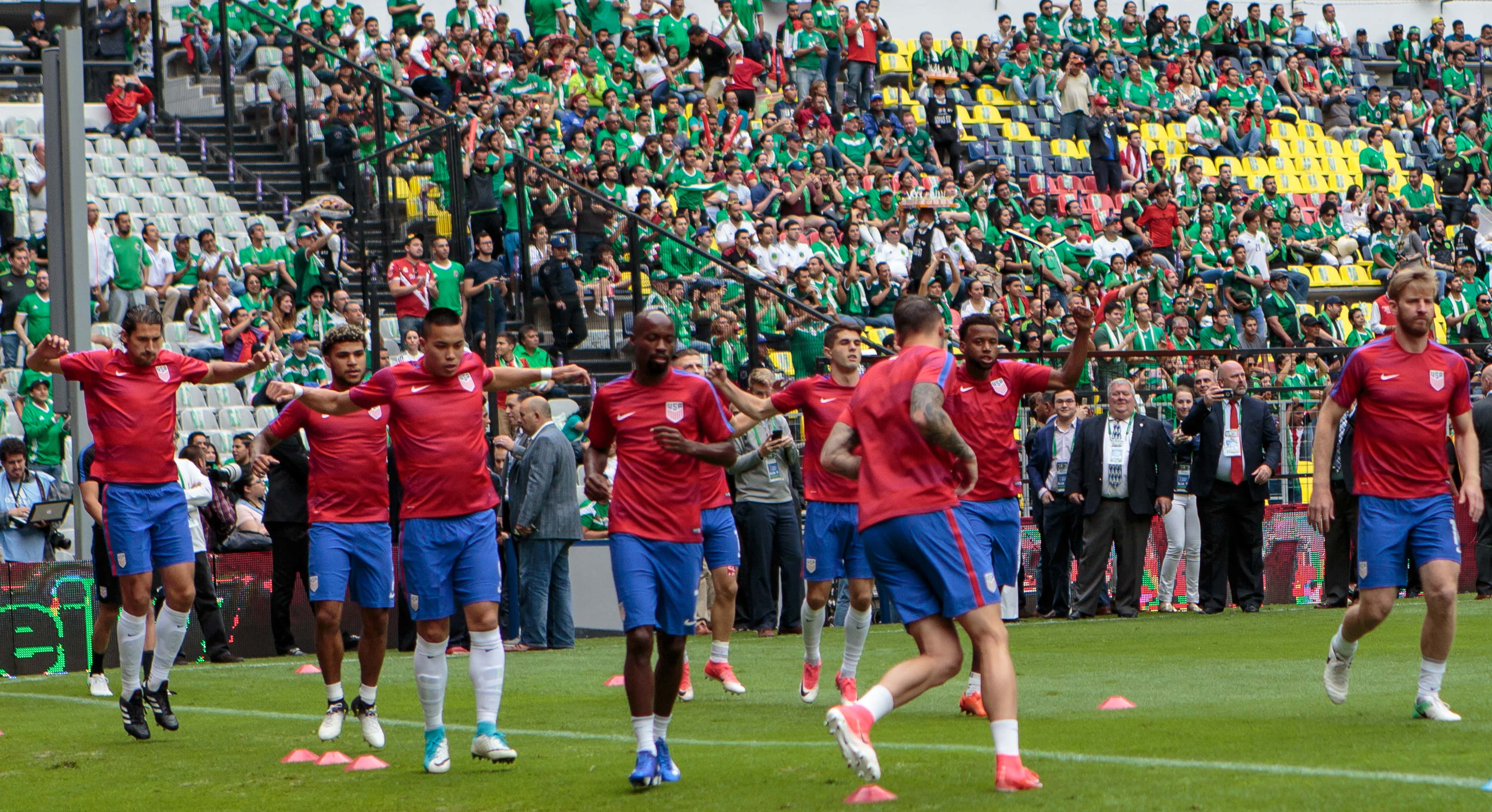 Beasley’s four World Cups are nothing to sneeze at

You repeated the trick in the 2003 Open Cup. Did it feel like you guys were building a kind of Open Cup dynasty in Chicago?

DB: I wouldn’t say that. But we had a team – players, coaching staff, everyone – that just had a winning mentality. League games, Open Cup games, it didn’t matter really. We just went out there to win. We tried to win at all costs. It filtered through the club from the president all the way down to the players. They expected you to win. So I wouldn’t say a dynasty, but we wanted to win and get to Finals and come out with something.

Your coach then, Bob Bradley, is a vocal advocate for the Open Cup. Did the Fire’s competitiveness and success in the tournament come directly from him?

DB: Yeah. He preached from day one that we wanted to win both trophies available: MLS Cup and the Open Cup. We didn’t see the Open Cup as a chance to take time off or relax. We used it to compete and to be better. To go get something. And that’s the same way we do it here in Houston. We put a lot of emphasis on putting out a good group to win the Open Cup. That’s the way any team that wants to win it has to do it.

Are you comfortable in the role of senior player at the Dynamo now, a veteran who the younger ones look up to? Do they come to you for advice or counsel?
DB: I’m easy to talk to. Everyone around here knows that. They can all come and see me because I’m just one of the guys. I’m just trying to help the team and be successful and try to win championships. At the end of the day, that’s what we all remember. You remember the fun times in the locker room and all the different jokes and things, but to win something together, you can never forget that.

What’s the special sauce that makes a strong Cup team? Is it luck, mentality, momentum, playing at home? All of the above?

DB: It’s a little bit of all of that. For me, though, I think you make your own luck with the things you do on the field and how you respect the game. But good momentum, having guys that are fit, these are important. Having a strong camaraderie in the team is too. All of that goes together to make a good product on the field. I think we have that and hopefully we can put it all together and win. At the end of the day, that’s all people will remember. We’ll remember we were champions. You hope the guys that haven’t felt that yet can experience it and hold it with them and use it as motivation in five or ten years and pass it on. They’ll know what it really takes to be a wining team. I’ve done it quite a few times with different teams, but you never lose that feeling of winning. It stays with you.

A lot of your playing years were spent overseas, where you also won Cups. The Dutch Cup in 2005, where you scored in the last second of a Semifinal to see off Feyenoord and reach the Final with PSV. You played in the FA Cup, won two Scottish Cups, and even played in the Copa MX. Is there a special energy to Cup play, to those live-or-die games?

DB: Cups are different. It’s one game. There’s no tomorrow if you lose. The league is its own thing because you can lose and then go and get three points and get yourself back on track. In the Cups you get a little bit more intensity. It’s just that one game. You lose and you’re out. That, in itself, makes Cup games interesting, fun and hard. But that’s what makes soccer great. Open Cup is the same.

You’ve had staying power as a player and you’re still on the field while so many from your generation have hung up their boots. When you were a teenager winning Open Cups in Chicago, did you ever think you’d still be at it when you’re 37?

DB: To be honest, no. You dream about playing a sport as long you can. When you’re a kid, you just play. When I was 16 and 17, I was just playing. I wasn’t thinking about where I’d be in 20 years. When you’re young, you don’t think about that stuff and I think that’s what makes young players so exciting. They just play.

What’s the secret to your kind of longevity in the game?

DB: You pick things up from the veterans you’ve known along the way. Around the age of 29, I started asking guys questions. How are you able to play this long? What do you do? What do you eat? I asked them all the questions I could think of. When you’re 16 or 17 you just see what they do and you’re ready to learn lessons. You don’t need to ask when you’re that young. You see them coming and doing the right things. You see them being on time and taking care of their bodies. They go to the gym after training. You see those little things and it becomes a part of your routine. For me, I try to take care of my body. I try to eat right and do the right things to make sure I’m fit and ready to play because here, in Houston, it’s hot. I’m sweating just sitting out here doing this interview [laughs]. 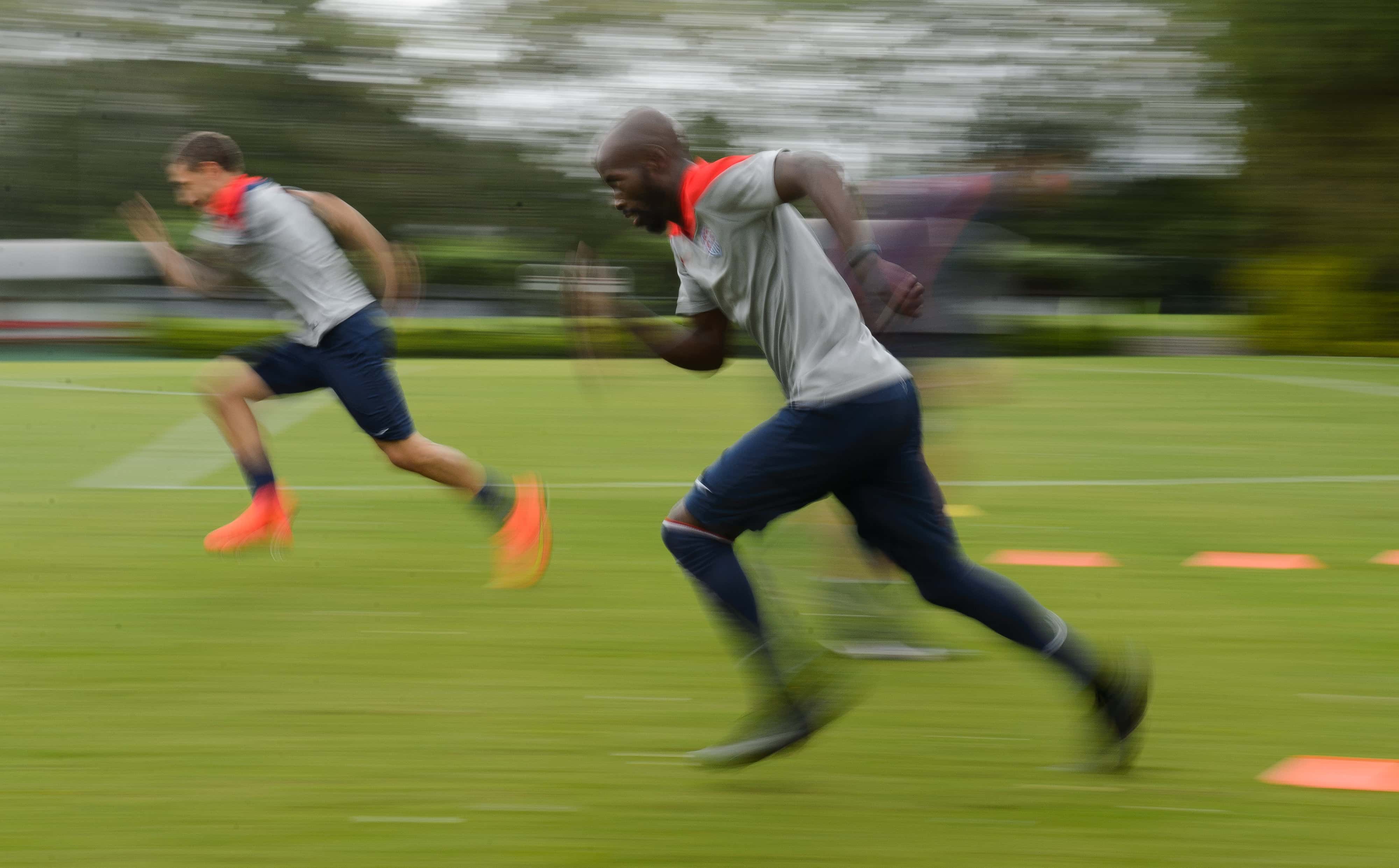 Beasley, at 37, will call time on a long career at the end of the season

And a season in MLS is pretty long…

DB: It is a long season. Preseason starts at the end of January and if you make it all the way, you’re through to December. That’s a long season right there. When you get older, you can’t just roll out of bed and throw on your cleats and hit the field [laughs]. You can’t do that when you’re 37. At least I can’t and I don’t know many who can.

Do you still love the game like you did back when? Do you get the same charge?

DB: One hundred percent. I still get butterflies when a game’s about to start, when I hear the National Anthem. I still feel those nerves and that’s when I know I still love the game. I know I still want to play. I know I still have that fire and that desire to keep playing and to keep winning. I really hate losing – anyone I’ve ever played with can tell you this [laughs]. Even in training sessions, I just can’t stand it. I’m in a bad mood all day if I lose. I can’t take a joke after I lose. I don’t want to talk to anybody. I’m pissed and that’s it. I’ve had that mentality with me since I was young. It hasn’t gone anywhere. Those little things tell me I still have the passion and the desire.

Winning the Open Cup last year was the obvious highlight to the Dynamo’s season. How was the team able to reach the Final and win – what did you do right in the Cup?

DB: Win. What we did right was win. And believe. We believed too. You think of the teams that we played - on paper every team we played was better than us. SKC, on paper better. LAFC, on paper, was better.  Philadelphia Union, on paper, better. But it’s a game. You have to still play the game on the field. That’s why I give that team so much credit. 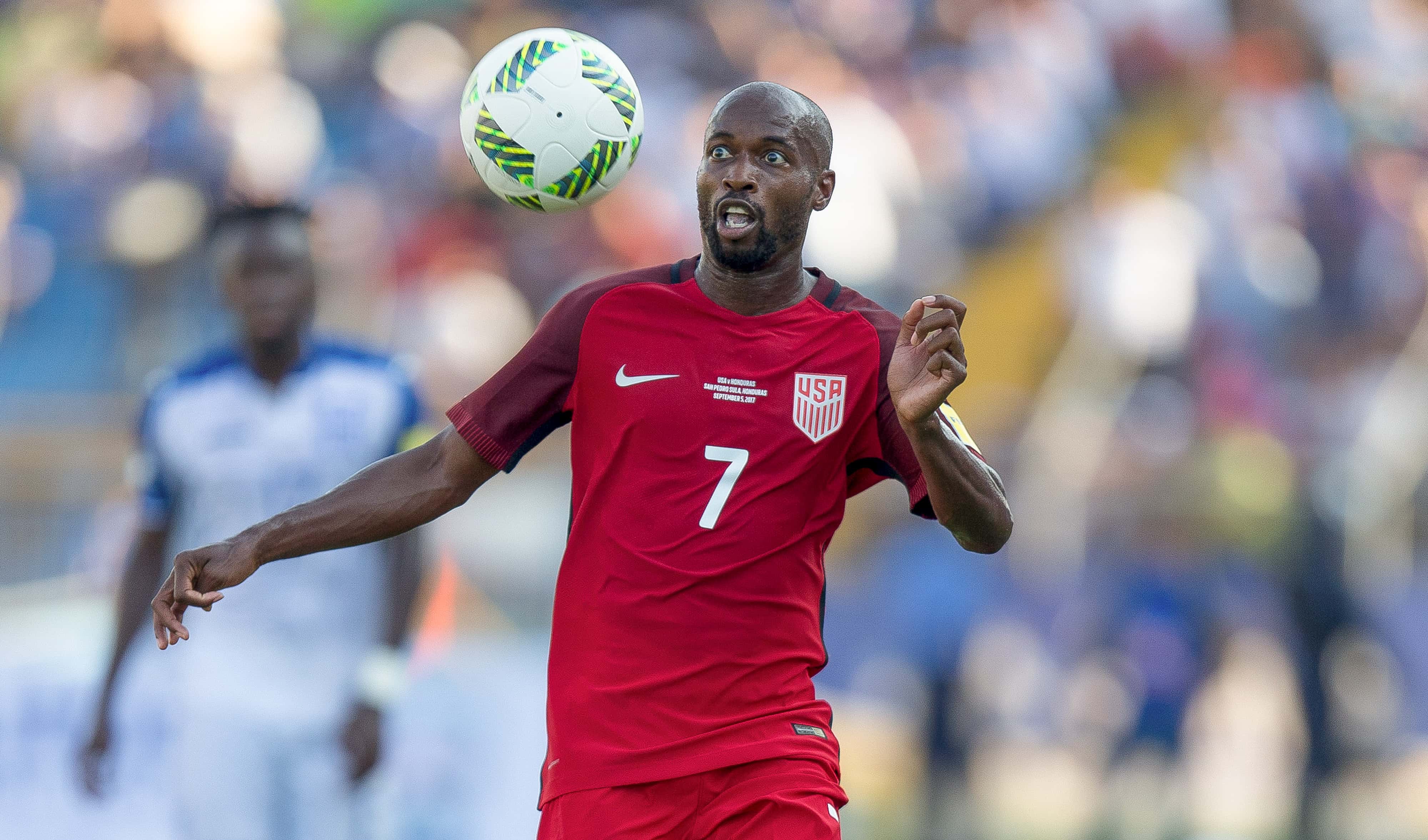 Beasley is an American soccer legend by any measure

In a career that’s taken you to four World Cups, to England and Holland, Mexico and the Champions League, is it possible to pick out a highlight? Is your mind drawn to one moment, one success or defeat, above all others?

DB: I haven’t really thought about that, to be honest. I’m sure when I stop playing, things will come into my mind [Beasley has announced that the 2019 season will be his last as a professional]. But now I’m concentrating on the Dynamo, on trying to help the club get back to where it was in 2006 and 2007 when they were winning MLS titles [two in a row]. The ultimate thing is to win. You remember winning. If you win a championship or an Open Cup, you know you did something right.