The U.S. Men’s National Team booked its ticket to the quarterfinals of the 2019 Concacaf Gold Cup with an emphatic 6-0 victory against Trinidad & Tobago.
June 23 2019
On the Pitch

Long bookended the scoring, tallying the opening goal in the 41st minute before chesting one home in the 90th. Zardes broke the game open in the second half, notching his two strikes within three minutes of each other. 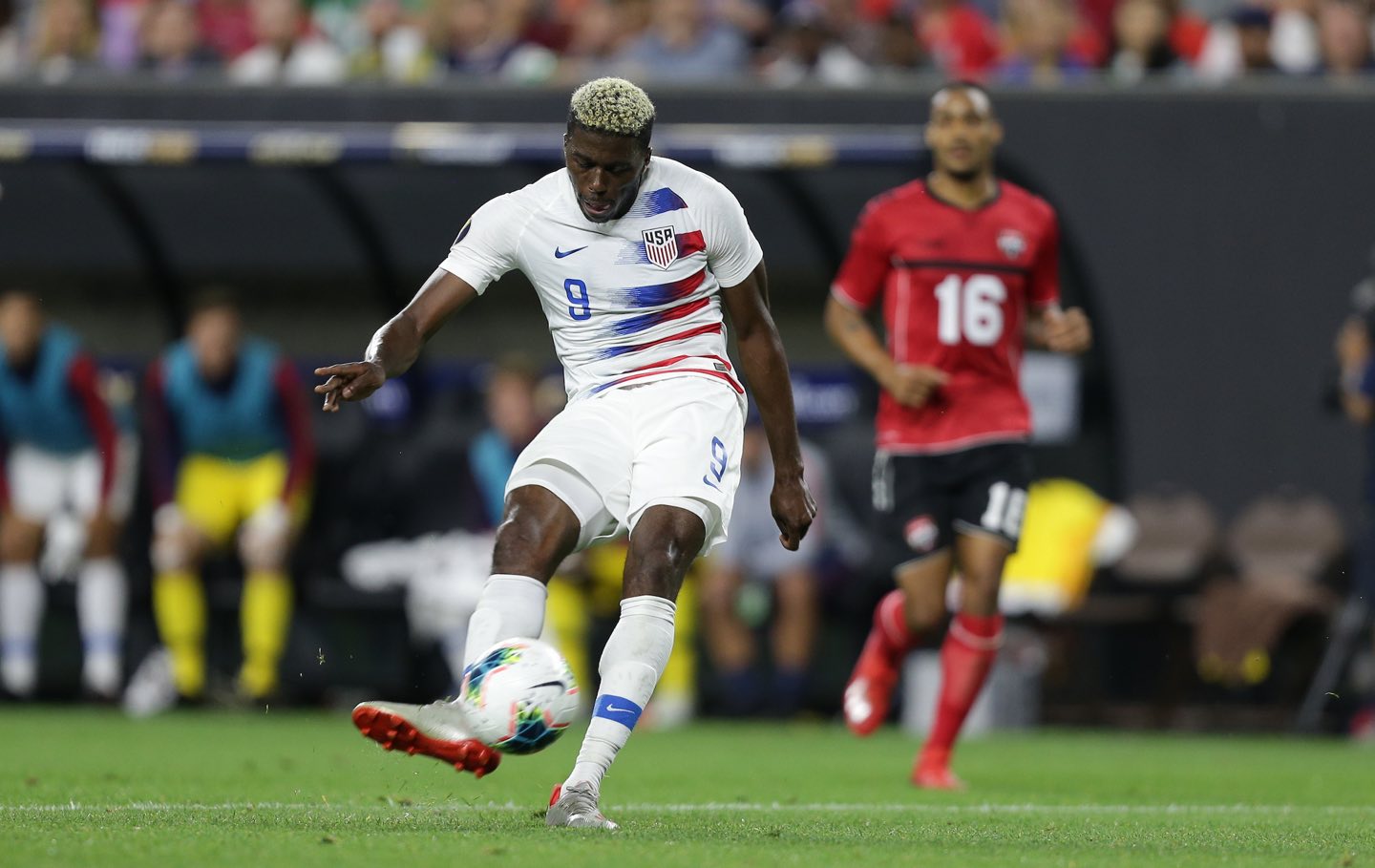 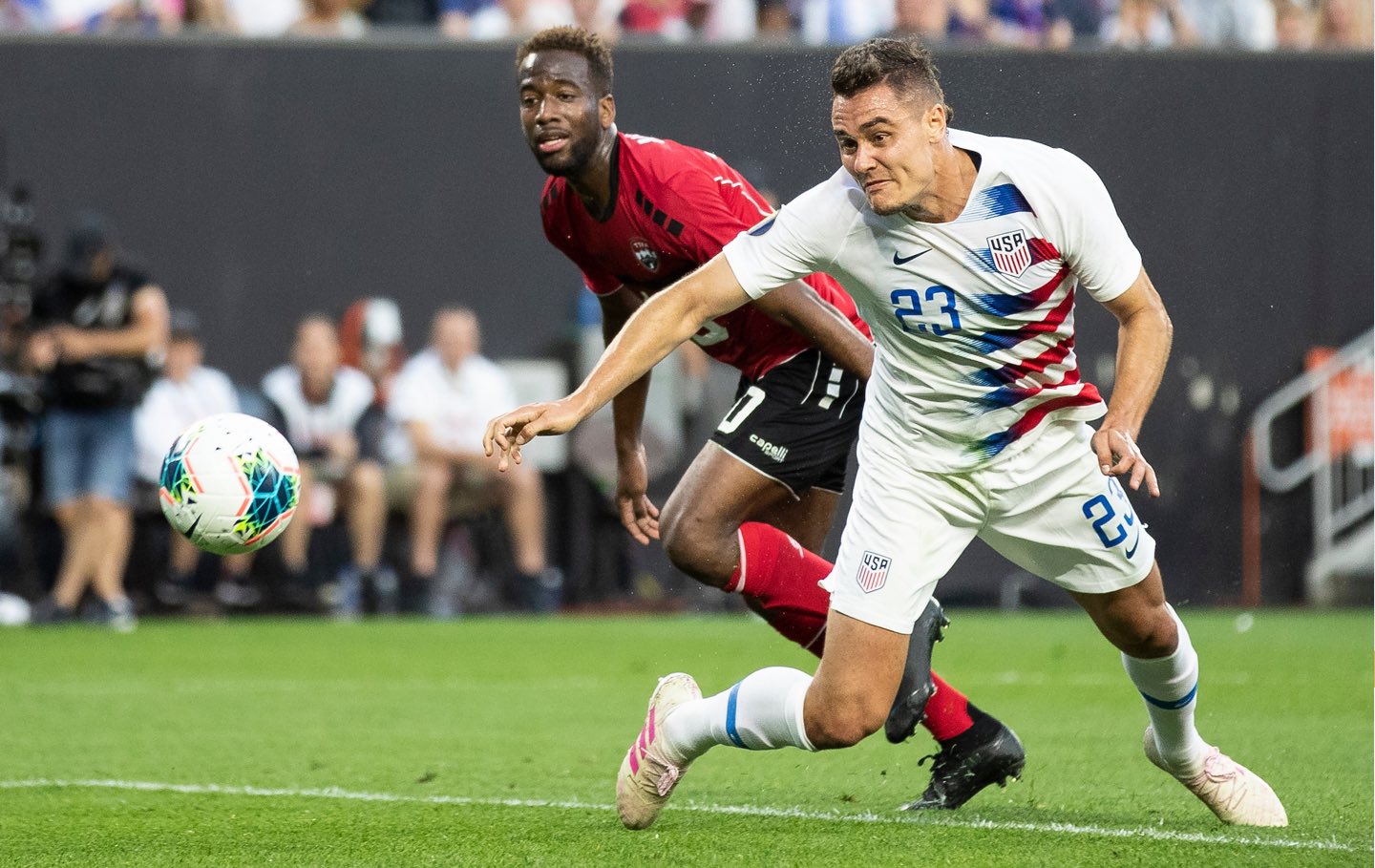 More from Gyasi Zardes and Aaron Long on their two-goal night vs. 🇹🇹 at #GoldCup2019. pic.twitter.com/i37GWmQ2kZ

Having made his international debut last fall, Long’s two goals were his first for the team, and also made him the only defender to record a brace in the team’s 103-year history.

Zardes’ goals gave the veteran a team-leading tally of four on the year – already his highest total in his five-year tenure with the USMNT. The veteran attacker also became the 25th player in team history to achieve double-digit goals, and with three goals so far in this year’s tournament, is tied with Mexico’s Uriel Antunez for the Golden Boot lead.

Not to be outdone, Jordan Morris came off the bench to register his first two-assist match, providing the helpers to Christian Pulisic (73rd minute) and Paul Arriola (79th minute).

Christian Pulisic…Chip on his Shoulder

Of the many who delivered an inspired performance on Saturday night, Christian Pulisic took home ussoccer.com Man of the Match honors after contributing a goal and two assists to the winning effort.

One of four USA players that was on the field in Couva when Trinidad & Tobago dashed the USA’s hopes of qualifying for the 2018 FIFA World Cup, Pulisic admitted that he had a little extra motivation going into Saturday’s clash with the Soca Warriors.

“I didn’t like to say it, but I definitely had a little chip on my shoulder today. I hope you could see that.

"I didn't like to say it, but I definitely had a little chip on my shoulder today and I hope you guys could see that."@cpulisic_10 opens up after the redemption match against Trinidad and Tobago 💪 pic.twitter.com/SDiO6Xl6rm

Pulisic also added to his strong individual history against Trinidad, with the 20-year-old registering four goals and three assists in four matches against the Soca Warriors. The attacker now also has 11 goals and eight assists in 27 career appearances for the USMNT.

Strong in the Back

The USA kept its second-straight clean sheet and fifth of 2019. Four of those shutouts have come when the team has started with center backs Aaron Long and Walker Zimmerman, right back Nick Lima, and goalkeeper Zack Steffen.

The quartet combined with left back Daniel to keep two shutouts during the team’s January Camp (3-0 vs. Panama, 2-0 vs. Costa Rica), while Tim Ream has filled that role in the last two shutouts (4-0 vs. Guyana, 6-0 vs. Trinidad & Tobago).

In those four matches, the USA has limited opponents to just nine shots on goal.