Darwin Quintero might not have known much about the Lamar Hunt U.S. Open Cup before joining Minnesota United last year. But the Colombian has exploded onto the tournament scene, tallying four goals in two games as the Loons have advanced to a Quarterfinal date with New Mexico United at their brand-new Allianz Field on Wednesday [ESPN+].

United knocked out 2017 Open Cup champions Sporting Kansas City by a 4-1 score in the Fourth Round and defeated defending champion Houston Dynamo 3-2 in the Round of 16 with Quintero bagging a brace in both contests. Quintero might not have realized United was taking down former Open Cup champs but he knows well that in a knockout tournament nearly anything can happen.

“Even though we have won two important games, if we don’t win the Cup, those two games don’t hold much value,” said Quintero who spent the most successful stretches of his career in Mexico with Santos Laguna and Club America. “We must remain calm and take it as it comes game by game.

“We know it’s only one game and there is no other so we stay focused on the best outcome for each game, put forth extra determination,” the creative attacker added. “Because, in the end we know if we lose, we are out of the tournament.”

Quintero moved to Mexico as a 21-year-old in 2009, going on to win three Liga MX championships with Santos Laguna and two CONCACAF Champions League titles with Club America. Quintero was known in Mexico for speedy runs off the wing or out of a deep-lying striker position, earning the nickname “El Cientifico del Gol” (“The Goal Scientist”), partly because of his namesake, Charles Darwin. Quintero proved to be a dependable finisher in Liga MX, but his specialty was setting up strikers Dario Benedetto at America and Oribe Peralta at both Santos and America. Quintero, who stands 5-5, also paired with the 5-6 Juan Pablo Rodriguez, a former San Jose Earthquakes midfielder, for many years with Santos, based in the Northern Mexican city of Torreon. 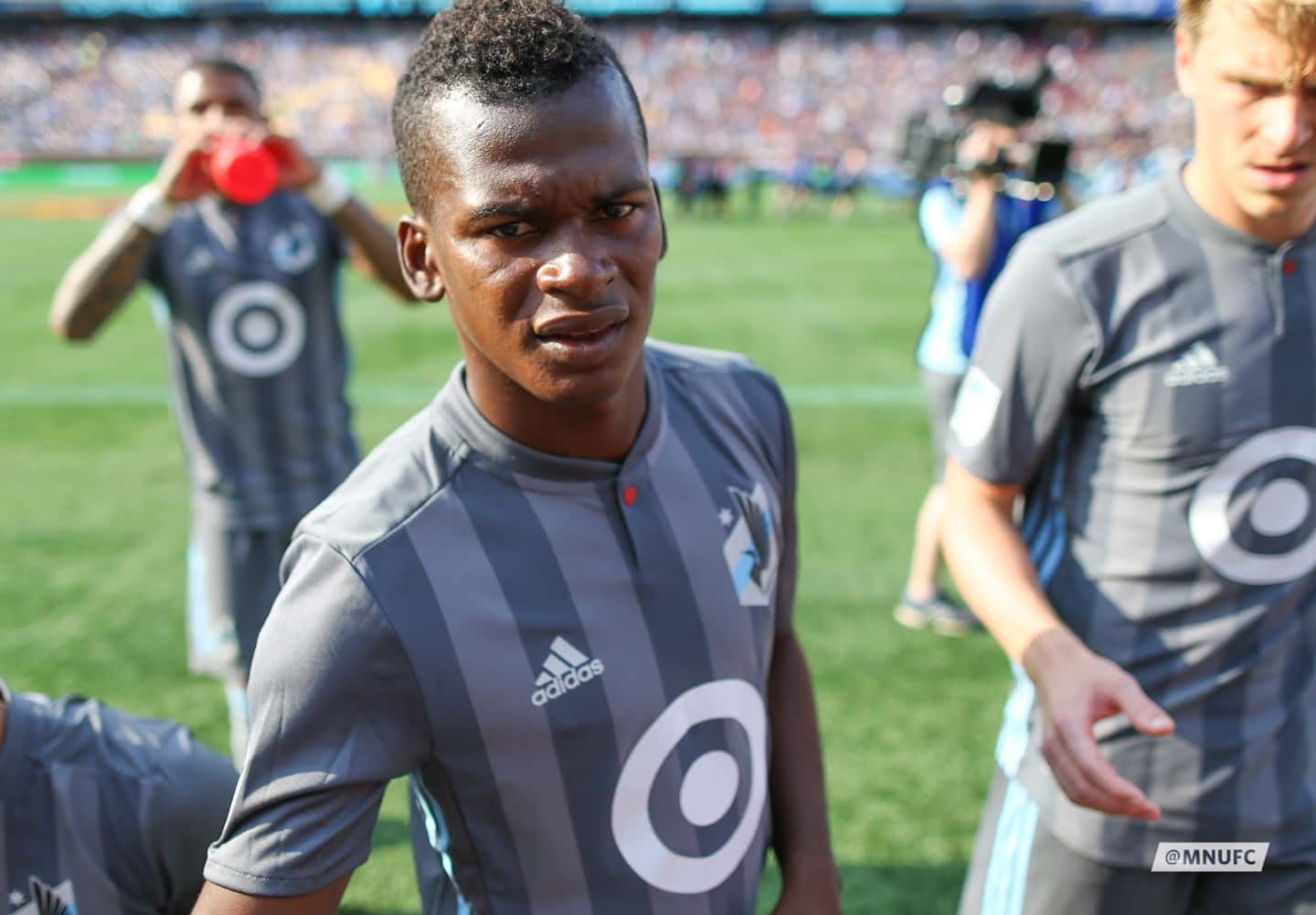 In Mexico, Quintero’s career high for a season was 11 goals in the 2010-11 Apertura and Clausura campaigns. He matched that with 11 goals in his first season with Minnesota last year, in what is shaping up like a good match for player and club.

In MLS, Quintero, now 31, has changed his style, proving to be a spectacular finisher from distance, relying more on acumen than acceleration. This year, Quintero has formed a lethal attacking combination with fellow Colombian Angelo Rodriguez. Against SKC, Quintero and Rodriguez teamed up on three goals. Then, with the Loons trailing in Houston, 2-0, Quintero finished a Rodriguez assist in the 66th minute and equalized off a pass from one-timeU.S. international Miguel Ibarra in the 82nd minute; Mason Toye, a 74th-minute substitute for Rodriguez, converted the decider in the 89th minute.

“It’s difficult to get the result you want when working with someone if you don’t know them very well,” Quintero said of performing alongside Rodriguez. “Now, we’ve had a lot of time working and playing together but we’re still getting to know one another – what our individual capacities are, what the other can or can’t do. It’s been a long time coming. We have improved and it’s helping the team.”

Minnesota United struggled last year, often depending on Quintero to single-handedly ignite the attack, until the late-season addition of Rodriguez. This year, the pressure has been lessened on Quintero and United are among the leading teams in MLS’ Western Conference. The player is clearly enjoying the experience. 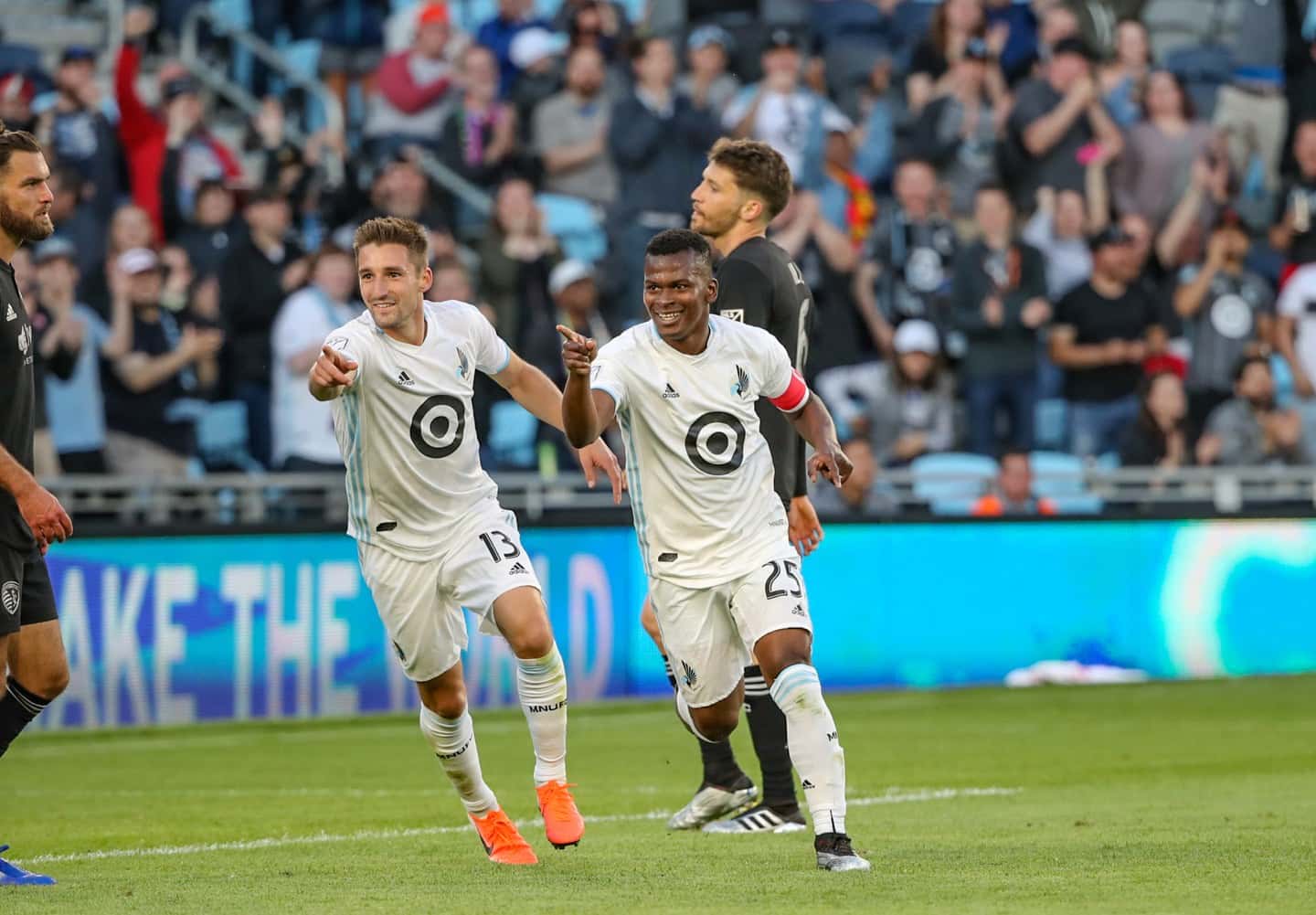 “More than anything, I’m happy to be able to help the team,” Quintero said ahead of the Quarterfinals. “We always try to have fun and play the best we can. We know that it’s a nice opportunity to advance in this Cup and hopefully we can win the next games that come to continue advancing.”

Quintero is an exuberant performer, and United supporters have been treated to his uninhibited goal celebrations – loose-limbed dances, squiggles on the ground – inspired by his 8-year-old son, Carlos Darwin, Jr. “Those celebrations have always come from my son, he tells me what to do and every time he invents something new,” Quintero said with a chuckle. “Now when I see them, I laugh.”

“You can never be overconfident,” Quintero said “Everyone wants to win, and everyone wants more. We saw how they beat the Colorado Rapids and Dallas. So we cannot be too confident just because they are a team from a lower league. They can always give us a surprise and we don’t want that. We must prepare and play as if we are facing another team from MLS.

“We have to go step by step, we cannot get ahead of ourselves,” added Quintero, eager to take it one step at a time. “First we think about the game against New Mexico and then after advancing we can think about the next opponent. We have to play the games first, we cannot think that we are already into the Semifinals or that we have already become champions without winning the games to get there.”