Valentin Sabella was so good in the 2019 Open Cup with amateur side Soccer Soldiers, he got signed up by USL Championship side Charlotte Independence (who he shocked with a late goal in a thrilling Second Round upset)
Jonah Fontela July 26 2019
Open Cup
The celebrations said it all. Those too-wide smiles. The tears. It’s a special elation that comes when a group of amateurs, friends and part-timers all, knock a pro side out of the U.S. Open Cup. Young Valentin Sabella had just led Florida’s Soccer Soldiers past Charlotte Independence, of the country’s second-tier pro league, to enter rarefied and historic air. If it all ended there, it would have been a legendary Cup story for the 19-year-old forward. But then…the phone rang.
“We were running around crazy and celebrating after the game in Charlotte,” Sabella told usopencup.com of the win in the Second Round of the 2019 Lamar Hunt U.S. Open Cup in May -- a few months after his high school graduation. “One of the guys from the Independence [Operations Manager Auggie Ruiz] came up and said ‘hey we’re interested in you.’ I didn’t know who he was or what to say and he told me to ‘go and enjoy the moment and celebrate, but give me your phone number.’ I didn’t think much about it because we were so overwhelmed with the win in that moment.”
A few days later, the call came. “It started to feel real then,” said Sabella, who was eager to finish the underdog run in the Cup with his Soccer Soldiers, the first-year amateurs from Miami founded by coach and former professional Daniel Godoy. “I wanted to see how far we could get in the Cup. We started it together and I wanted to finish it.”
Sabella first arrived at the Soccer Soldiers in that time-honored way of the men’s leagues: word of mouth. A friend telling a friend. “It was January, I had just finished high school and I had a friend with the Soccer Soldiers. He told me to come along, even if it was just to train and stay fit. So I did – and the coaches, they liked me and asked me to join up. I was happy. Happy just to play.” 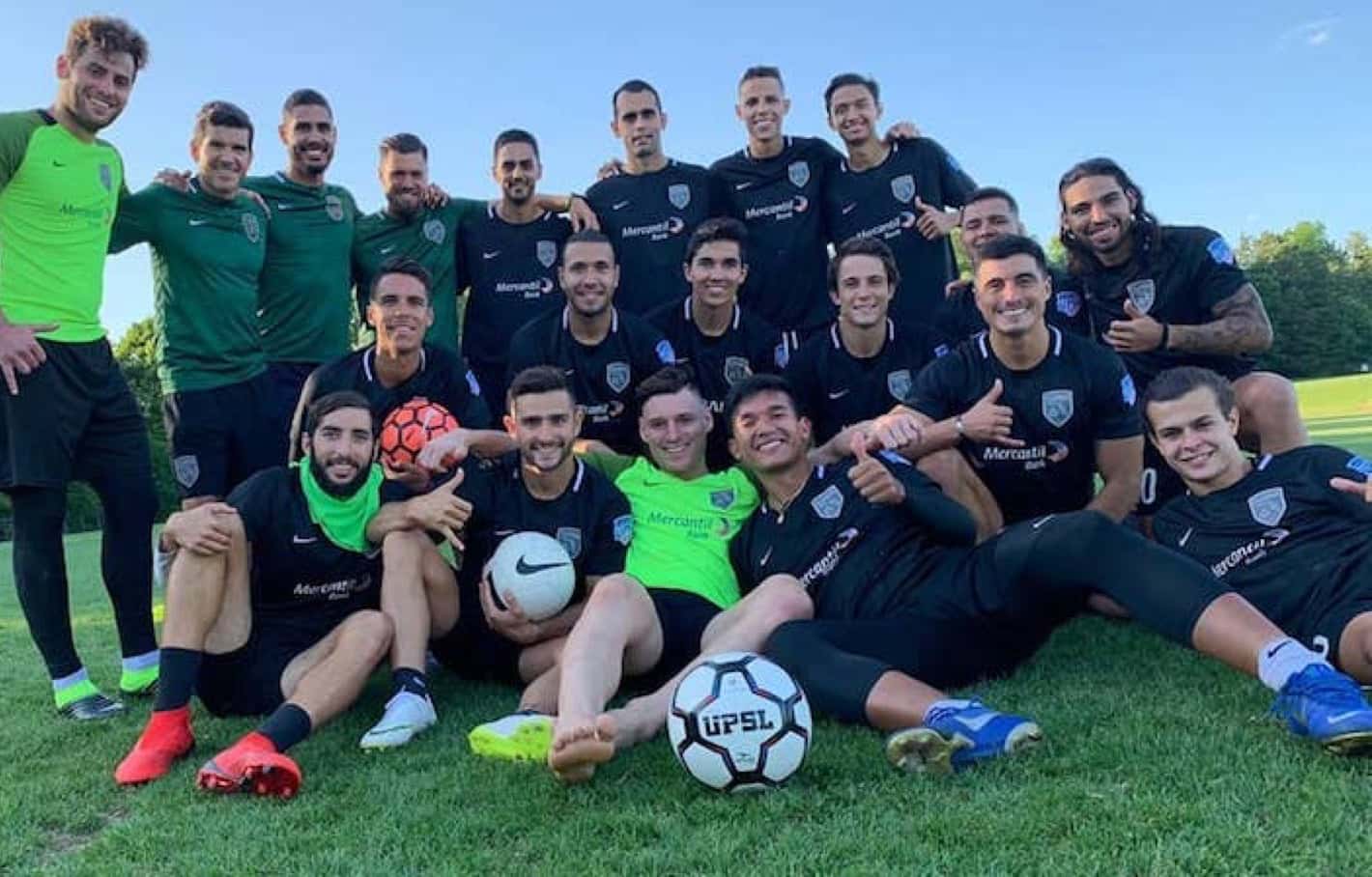 The Florida Soccer Soldiers – with Sabella bottom right
It’s no wonder the coaches liked what they saw in Sabella. It takes a few seconds to recognize his ability. The way he drags defenders out of position and carves open spaces. Coupled with a tireless work rate and the energy of youth, Sabella became a focal point in the Soldiers’ historic run to the Third Round of the 2019 Open Cup (it ended with a slim 1-0 loss to North Carolina FC). He helped orchestrate a win over Miami FC – an NPSL team loaded with well-paid professionals – in the First Round before taking the game by the scruff of the neck in Charlotte, scoring the late leveler that brought the contest to a penalty shootout (he also scored the fifth kick in the shootout). “We had so much grit and we gave so much energy in our games,” Sabella said of his Soccer Soldiers. “We were mentally strong and we had a few ex pros in the team, guys who gave you strength just by believing in you and telling you not to be afraid.”

From that performance – that one spark of an opportunity – things started happening fast for Sabella. “The Independence called; they said they wanted me to come to Charlotte to play professionally. We talked on the phone, and I got an agent and it all started to happen so quickly,” said Sabella, fast turning into a fan favorite in Charlotte with his puff of long dark hair and lethal attacking instincts. “I liked everything I was hearing and I was so thrilled. But I had sleepless nights too. I was worried that maybe it wasn’t going to happen and I wanted it so bad. I needed it to become real so I could stop thinking it was going to be taken away.”
No one took Sabella’s dream away. He signed a contract on June 15. Seven days later, he dressed for the first team in a 1-1 draw on the road at defending USL Championship title holders Louisville City. A week after that, he came off the bench in a win over Memphis 901. His first start came on July 7 in a home win over the Pittsburgh Riverhounds. The Independence, coincidentally or not, are unbeaten since Sabella’s arrival. 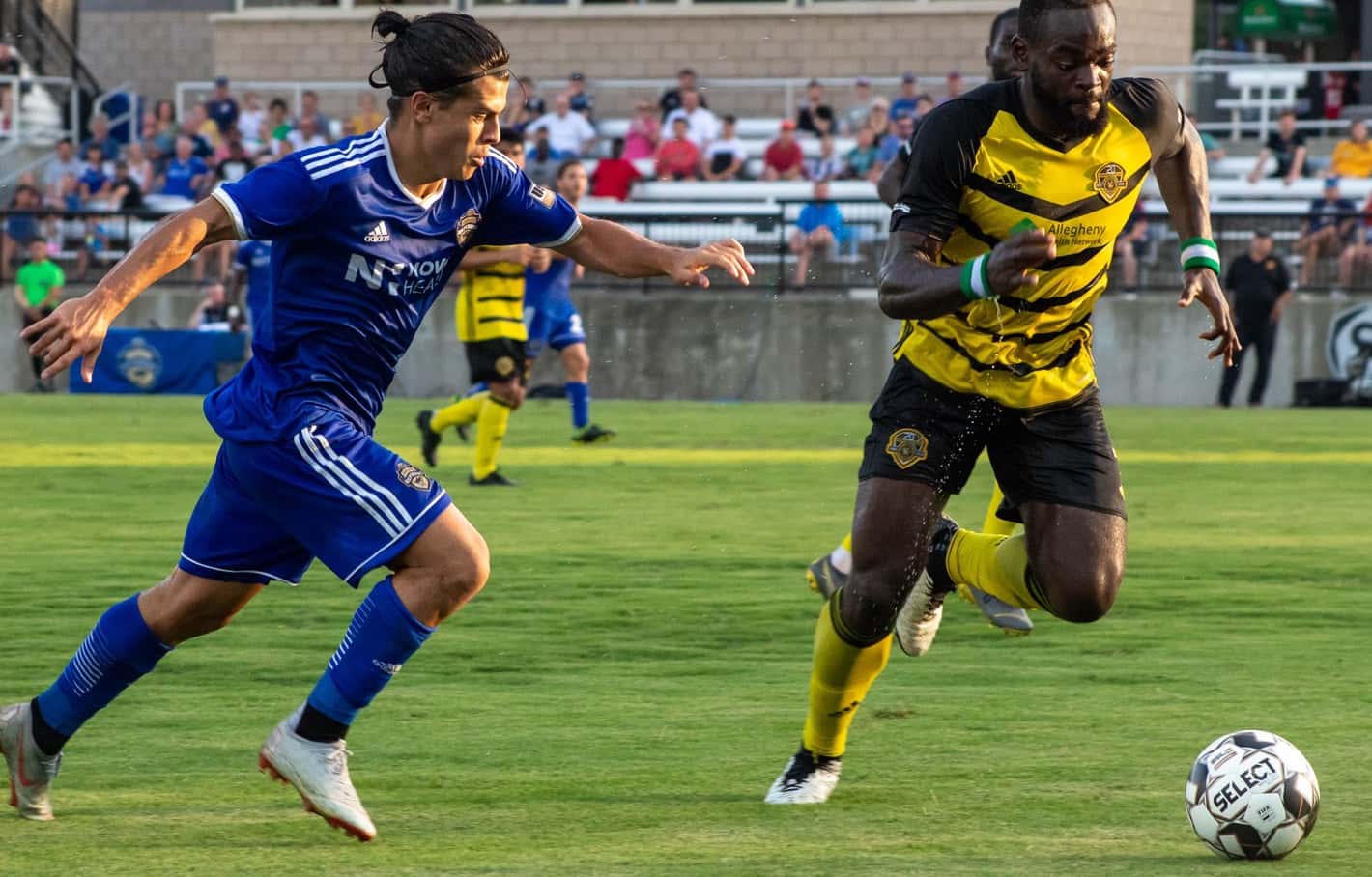 Sabella in his first professional start – against the Pittsburgh Riverhounds
“Valentin, to his credit, has stepped up,” said Mike Jeffries, General Manager and current head coach at the Independence. “He’s been really good in training. He’s come into games and had an impact. His work rate and willingness to do some of the dirty work defensively is a plus for him, and he’s always capable of pulling off a play.”
Sabella’s love of the game came from his boyhood in Argentina. Born in Buenos Aires, his family moved to Miami when he was seven. There that seed of passion turned into something bigger – a dream to hunt. “It was tough. I had to learn a new language and a whole new culture,” said Sabella who recalls early schooling in the States where teachers held up cards with objects on them and he’d have to identify them in Spanish. “But soccer was always a connection, a way to learn and make friends.”
The player, who’s still waiting to score his first pro goal, has weathered obstacles since signing up with Charlotte. The coach whose eye he caught, Jim McGuinness, was fired shortly after his arrival and Sabella had to prove himself all over again.
It wasn’t all roses when he left his Miami home either. All farewells, even those with great promise, are melancholy around the edges. He said goodbye to his teammates at the Soccer Soldiers. “I thanked them for everything they did for me. For taking me under their wing and showing me the way,” said Sabella, who singled out Coach Godoy for special thanks. “He told me, ‘now you got there and that’s when the real work begins. He told me to ‘be the first one at training and the last one to leave…remember how hard it was to get here and use that as motivation.’”
For the teenage Sabella, never having lived out on his own, saying goodbye to his family was tough. “They were so proud,” said Sabella, now living with an Independence teammate in an apartment in North Carolina. “I knew it was a big step for me because my father got emotional when he said goodbye. This man is a rock, and I never saw him cry before. It was something.” 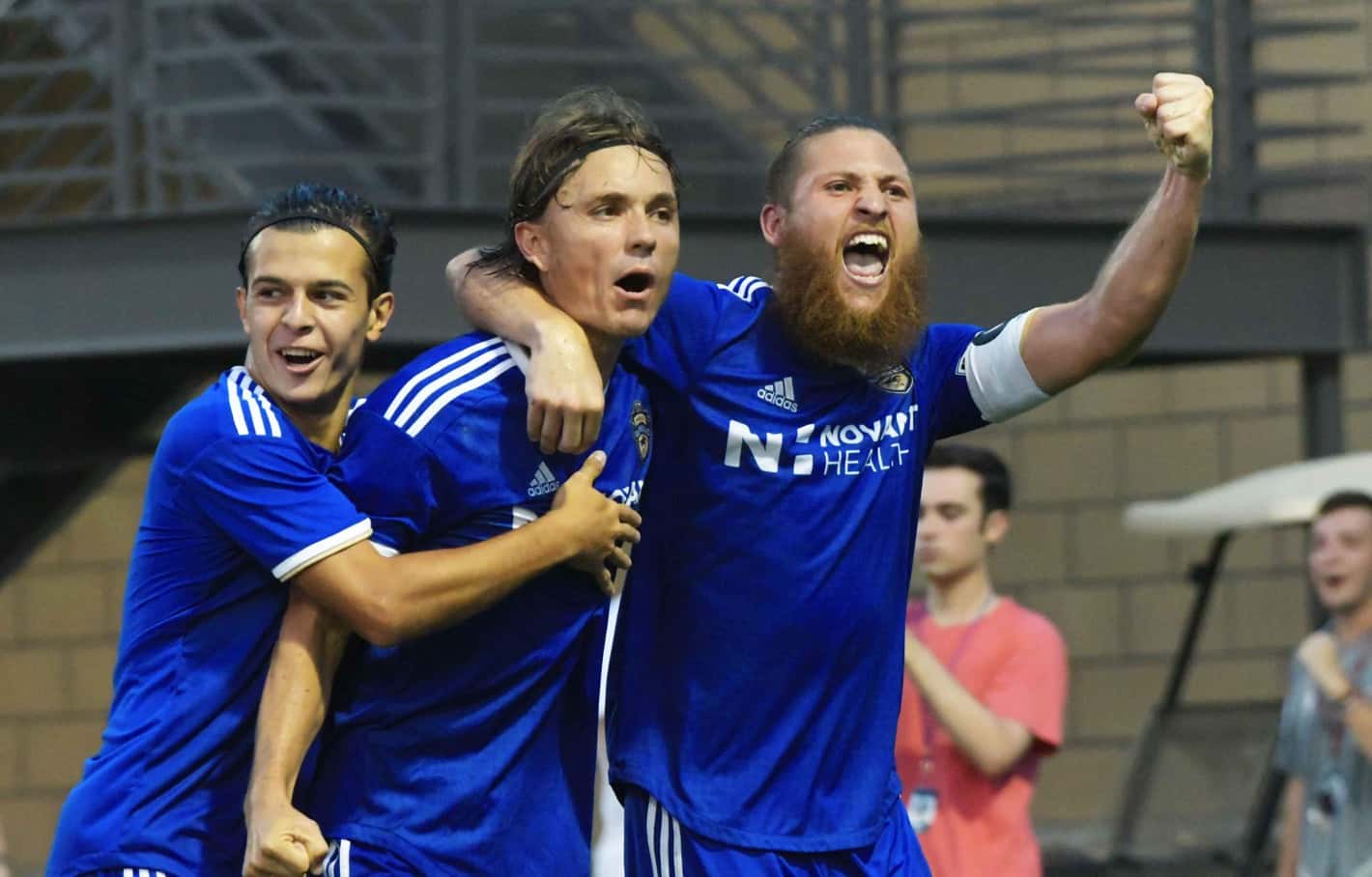 Sabella – left – living the pro dream in Charlotte, NC
But this is soccer and, pro or amateur, there’s a kind of ad-hoc family waiting for you in every locker room. It may not be Papa or Profe Godoy, but family’s family. The first player to meet him in the locker room when he arrived was Cameroonian defender Hassan Ndam – the very same player Sabella stripped of the ball to tie the Second Round game back in May. It was the starting point of Sabella’s long and winding road to turning pro. “He [Ndam] came up to me and smiled,” Sabella, who admits to dreaming now of playing for the U.S. National Team, remembered with a chuckle. “He said, in a really loud voice: ‘you’re here now?! They signed you up?! You owe me for that contract you know! You owe it all to me and my mistake!”
Nothing is settled for Sabella. Life in the USL Championship for a young player is no picnic. There are no guarantees. But he’s doing things right. He’s paying attention and remembering the lessons learned along the road, forged with the Soccer Soldiers and in that cauldron of the Open Cup. “The quality is so high – and the intensity too,” said the player, now 20 and soaking in all the lessons like a sponge. “I try to ask questions like I did at the Soldiers. I talk to the older guys and find out what it takes to stay there – to have a long career. I’m paying attention and I’m listening.”
Tags
Open Cup
2019 US Open Cup