Young striker Mason Toye and his Minnesota United are following a similar upward trajectory – and both are one win away from lifting a first Open Cup trophy on 27 August.
Jonah FontelaAugust 21 2019
Open Cup

“I really, really hate losing at anything, but a championship game, a Cup Final, that’s just the worst,” said Mason Toye, young rising star with Minnesota United on the eve of his first Lamar Hunt U.S. Open Cup Final. “I’ve lost the last two championship games I’ve played in, and it’s built up some extra hunger and desire in me. They’ll be in my mind in Atlanta, and I’ll put everything on the line.”

It’s a funny word coming out of Toye’s mouth: hate. Sunny and open about his successes and challenges, he’s more at-home with stoked and blessed and passion. His elaborate post-goal dance routines say a lot about his attitude toward the game and life. But, the striker’s feelings about being on the wrong side of a result do go just that little bit past plain old dislike.

Still 20, his last two championship games ended in defeat. An undefeated run with the Indiana Hoosiers – in his only collegiate season before being drafted by Minnesota United at age 18 – ended with a 1-0 loss to Stanford in the NCAA Final (known as the College Cup) in 2017. The year before that, his Seton Hall Prep lost the New Jersey High School State Cup Final to Newark East Side.


.@MNUFC shaded a classic Open Cup Semifinal 2-1 against @TimbersFC & now move through to a first-ever Final - against @ATLUTD - on the road on August 27.#USOC2019 📺 Highlights pic.twitter.com/b77RGOeSFu

If he’s tasted some of defeat’s agonies, Toye still wins more than he loses. After being loaned out for portions of both his rookie and sophomore seasons in Major League Soccer (to Colorado Springs Switchbacks and USL League One side Forward Madison), he’s settled into the first team in 2019. The striker, who has ambitions of winning a World Cup with the U.S. and some day playing in the UEFA Champions League, learned big lessons away on loan. “It was an important step,” Toye admits of stints in the lower divisions that made him “mentally stronger and work that much harder in the off season.” 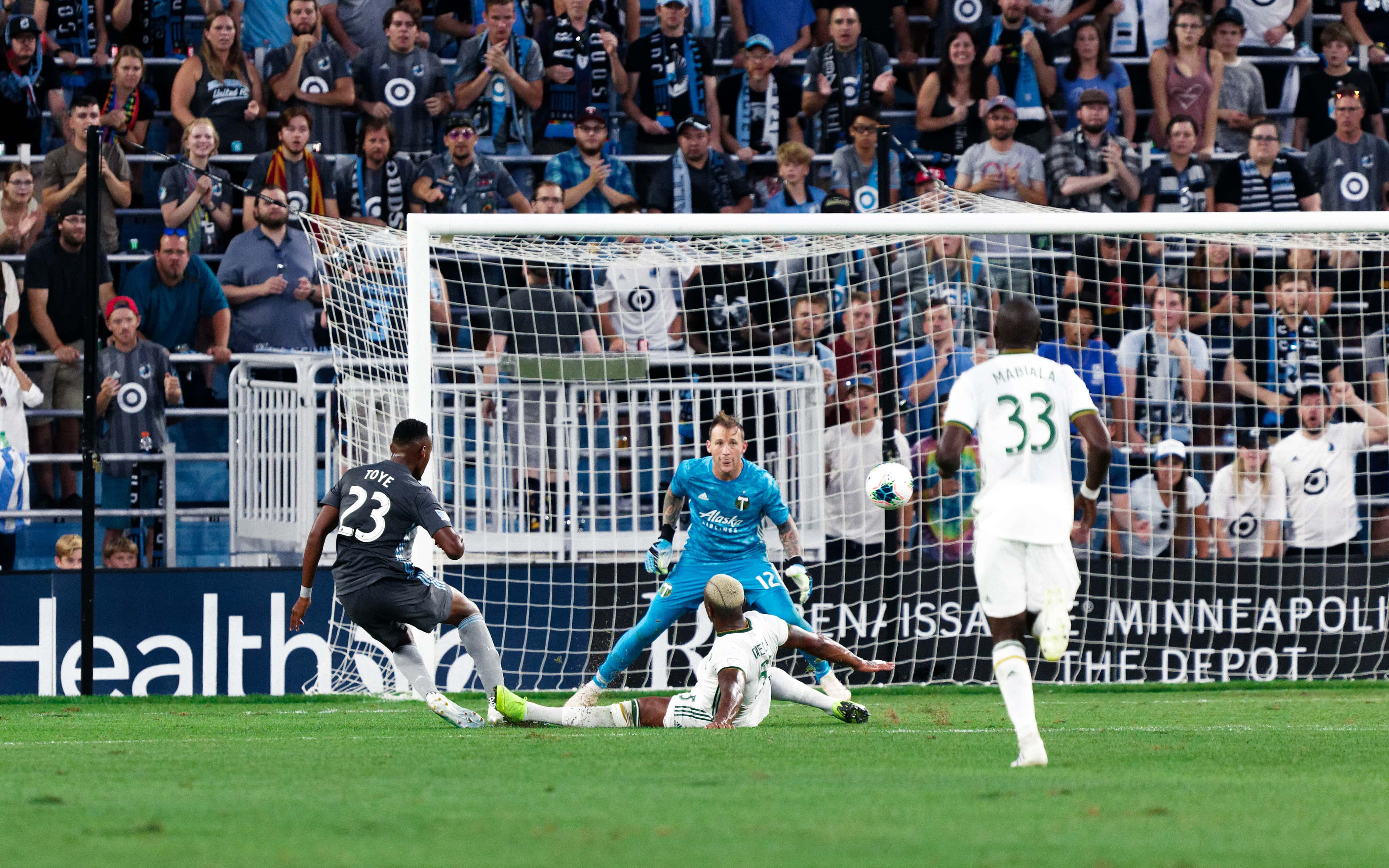 The 6-3 striker’s contributions this year are a big reason the Loons find themselves in the club’s maiden Open Cup Final. “It all started in Houston. That was the turning point,” said Toye, who scored the winning goal for Minnesota United in the Round-of-16 road contest against the defending Cup champs to seal a dramatic come-from-behind victory. “We came from two goals down. It was really hot and humid and the environment was tough. We just had to dig deep and find a way to get the win.”

Minnesota found a way that day – thanks in large part to a pair of wonder goals from Darwin Quintero. “He basically won the game by himself,” said Toye, the actual match-winner on that day, but quick to pass on praise to veteran teammates and coaches helping him find his way in the world of pro soccer. The 3-2 win in Houston, coupled with a 4-1 win in the previous round against Sporting Kansas City, meant that unlikely Minnesota United – who’d never even won an Open Cup game as a Division I club before 2019 – had bested both of the previous two year’s Cup winners.

“I kind of just felt like we’d make it to the Final,” added Toye, reflecting on the Quarterfinal win over second-division Cinderellas New Mexico United, which again saw the Loons pull back from an early deficit to win 6-1. “It was such a convincing result, I just had this feeling that we were going to go all the way. It’s been such a fun ride and all we want is to keep it going in Atlanta.”

It’s been more than a fun ride for soccer fans in the Twin Cities. The Minnesota United of 2019 is a far cry from last year, or the year before that. The Cup win in Houston sparked a ten-game unbeaten streak and a run of form that no one in MLS circles anticipated from the unfashionable expansion team from the North Country. 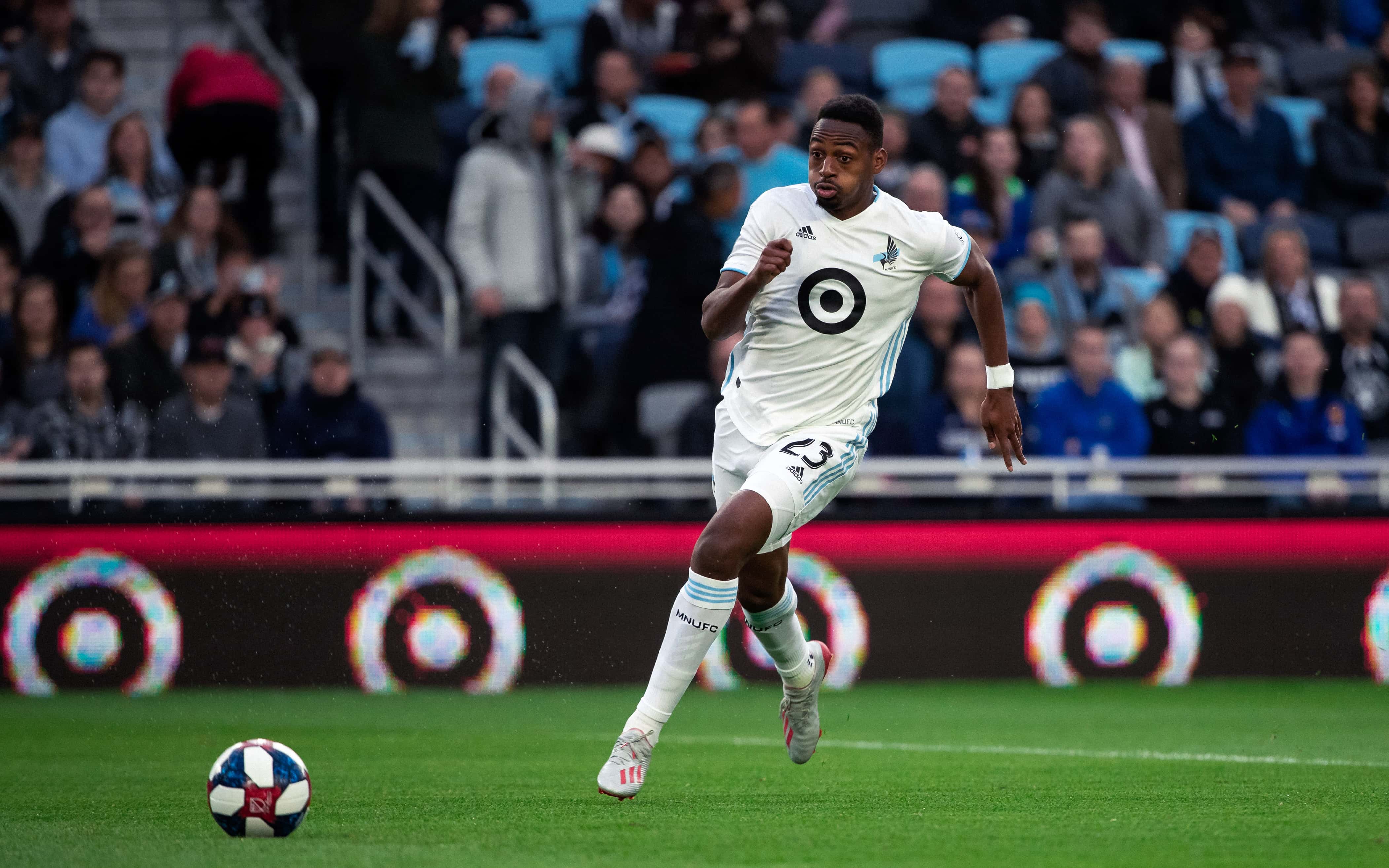 Tall and powerful on the ball, Toye is a handful at center forward

Minnesota United – once considered not ready for primetime – are a win away from a U.S. Open Cup crown and second-place in MLS’s Western Conference – where they finished third from bottom and missed the playoffs in both of their previous two seasons. “We got a lot of stick in the last couple of years with people calling us the laughing stock of the league,” said Toye, who’s been in Saint Paul from 2017 when the club made the jump up from second-division NASL to MLS. “All along, Coach [Adrian Heath] said he had a three-year plan, but no one outside the club really believed it. Even when we got on that long winning streak, people doubted us and said ‘oh it must be a fluke’ and ‘it won’t last’. We’ve proven a lot of people wrong this season.”

20-year-old Mason Toye gets on the end of Ethan FInley's low cross to complete a sensational @MNUFC comeback against @HoustonDynamo.

Factors contributing to Minnesota United’s 2019 turnaround are many and varied. You can point to the outstanding play of Darwin Quintero – who has a modern-era record six goals in the 2019 Open Cup, to the shrewd signings of Ike Opara, a 2017 Open Cup winner and MLS’s Defender of the Year, or the arrival of midfield battler Ozzie Alonso – who will play in his seventh Open Cup Final this year (he won four with Seattle). And with a brand-new stadium filling and emptying like a healthy lung every matchday, Minnesota United are making a name for the club as one that can challenge for the glories of American soccer. Once derided, these Loons are a highlight of the American game this summer. Mason Toye, improving and ambitious, is a big part of it.

“The things we worked on with Mason in training the last few seasons, we’re starting to see him put into games,” said Minnesota United coach Adrian Heath, FA Cup winner with Everton in 1984. The lessons came with repetition, according to Toye, “He [Heath] just kept telling me things like where to run in the box and getting off the defender’s shoulder – and he’d say them over and over and at first I wondered why – but now I know they’re working. 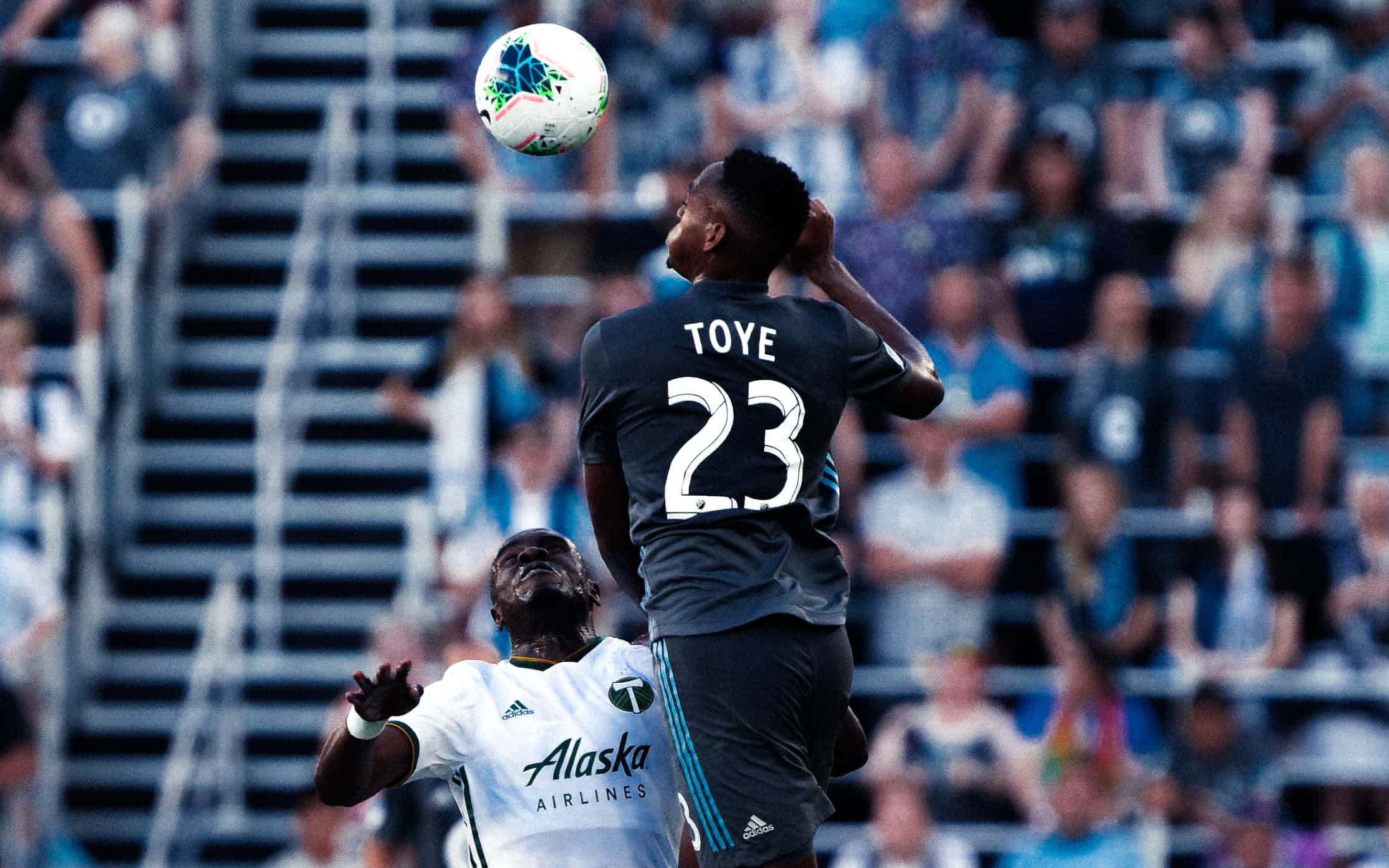 “People in the [Twin] Cities are starting to see they’ve got a fun team here,” said Toye, who scored another stunning winner on the end of a pin-point long ball from Kevin Molino – who Toye calls an “underrated playmaker” – in the Semifinal victory over an outstanding Portland Timbers side in front of a packed house at the Allianz Field (MNUFC played three of their four Open Cup games this year at their new stadium). “We’ve got guys that are really playing for the badge and willing to put a lot on the line. The Stadium is getting louder every week. We’re selling out every game and I just feel super blessed I get to play for this club in this stadium. It really feels like something’s happening here.”

if ya haven't heard... His name is Mason Toye pic.twitter.com/qyQikxI8G2

One of the only clubs who can rival the good vibes in Saint Paul these days is Atlanta United – the defending 2018 MLS Champions who’ve been drawing crowds of over 70,000 and who the Loons will face in the Final on Tuesday, Aug. 27 at 7:45 p.m. on ESPN+. “The crowds you get in Atlanta are the biggest most of us have ever played in front of,” said Toye ahead of the decider at the Mercedes-Benz Stadium in Atlanta, where he hopes to buck his trend of losing at the last hurdle. “But that gets you up for it. This is the reason you play the game – for days like that where it’s all on the line. It’s the stuff you dream about. When the whistle goes, you just have to go out and produce. We’re super-stoked!”