As he prepared to take on USMNT winger Christian Pulisic and Chelsea in UEFA Champions League group play this week, Ajax defender Sergiño Dest said that he would soon make the final decision on which senior national team he would choose to represent.

In attendance to see the dual national of the United States and Netherlands make his sixth Champions League appearance were U.S. Soccer Sporting Director Earnie Stewart and USMNT head coach Gregg Berhalter. A day later, the pair met with the 18-year-old full back in Amsterdam who has featured for the USA at two FIFA Youth World Cups and twice for the USMNT just last month.

“We had a long conversation – Sergiño, myself, Earnie, and his father, over lunch today,” Berhalter said via a phone interview from Amsterdam with former U.S. internationals Tony Meola and Brian Dunseth on Sirius XM FC’s “Counter Attack” on Thursday.

“I think the important point is just reiterating him being part of our program, what he’s done in our program and how he’s performed at the U-17 level and the U-20 level. He’s played in a couple World Cups for us. To him there’s a comfort to that, and it’s nice to hear that from him and for him to appreciate how we’ve been there for him.”

Should Dest choose to continue with the United States, he could officially tie himself to the USMNT with an appearance in either of next month’s Concacaf Nations League matches against Canada and Cuba. Describing the meeting as a “good conversation,” Berhalter hit home what having the crafty fullback’s future tied to the U.S. would mean for its opponents.

“He’s a good kid, he’s a pleasure to watch. When you talk about teams trying to scout for him, he’s very difficult because he’s good defensively – he has good quickness defensively, but also offensively he’s always getting forward and he’s a handful there so he’s a really interesting combination playing as a full back.”

“We weren’t happy with the performance in Canada”

With a little more than a week to digest the USMNT’s 2-0 defeat at Canada in Concacaf Nations League play, Berhalter also opened up more on the team’s disappointment with the result.

“I think first and foremost we weren’t happy with the performance,” he told the duo.

Facing a Canada side holding a 10-1-7 record at Toronto’s BMO Field, Berhalter said his team didn’t match their opponents’ intensity.

“When you look at the second balls, when you look at the duels, Canada was coming out on the winning end and that was disappointing,” he continued. “Tony and Dunny you know this, but when you’re playing a Concacaf opponent away from home, they go for it and they give everything they have.”

But there was more than is just being a home game. For weeks, Canada players and coaches declared this encounter to be like a “Cup Final”, since the outcome would have significant implications for their chances to qualify for the 2022 FIFA World Cup.

Placed seventh among Concacaf teams in the FIFA/Coca-Cola World Rankings heading into the match, the Nations League result -- weighted more heavily in the ranking process than a friendly -- pushed Les Rouges into the vaunted sixth spot among confederation teams in the newest edition released Thursday.

Under Concacaf’s new World Cup qualifying format for 2022, that’s important because it means Canada would currently advance to the final round. If they remain inside the top six come the June 2020 cutoff, they would reach “The Hex” for the first time since the 1998 cycle.

“The mindset of our group could have been in a better place to embrace the competition of that game,” Berhalter added about the meaning of the match for Canada.

Despite the result, the USMNT remained an unchanged and relatively comfortable second among Concacaf teams in Thursday’s rankings.

Stressing the team is in a process of rebuilding, Berhalter said that results are not the only measure at this stage. Whether it’s a loss away to Canada, reaching the Gold Cup Final against Mexico, or draws against defending Copa America champions Chile and fifth-ranked Uruguay, these are important experiences as his group grows in its style of play and gains international seasoning. 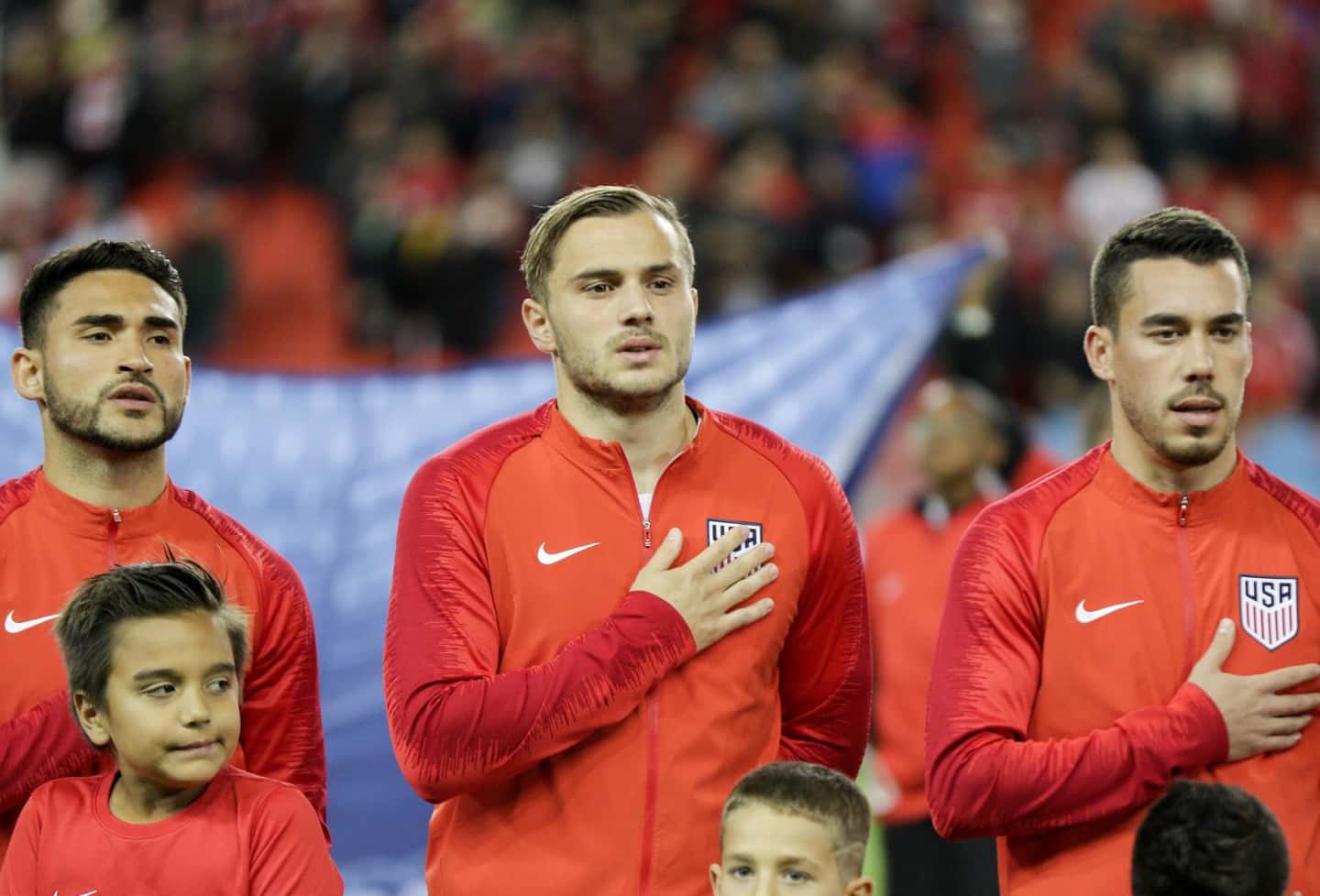 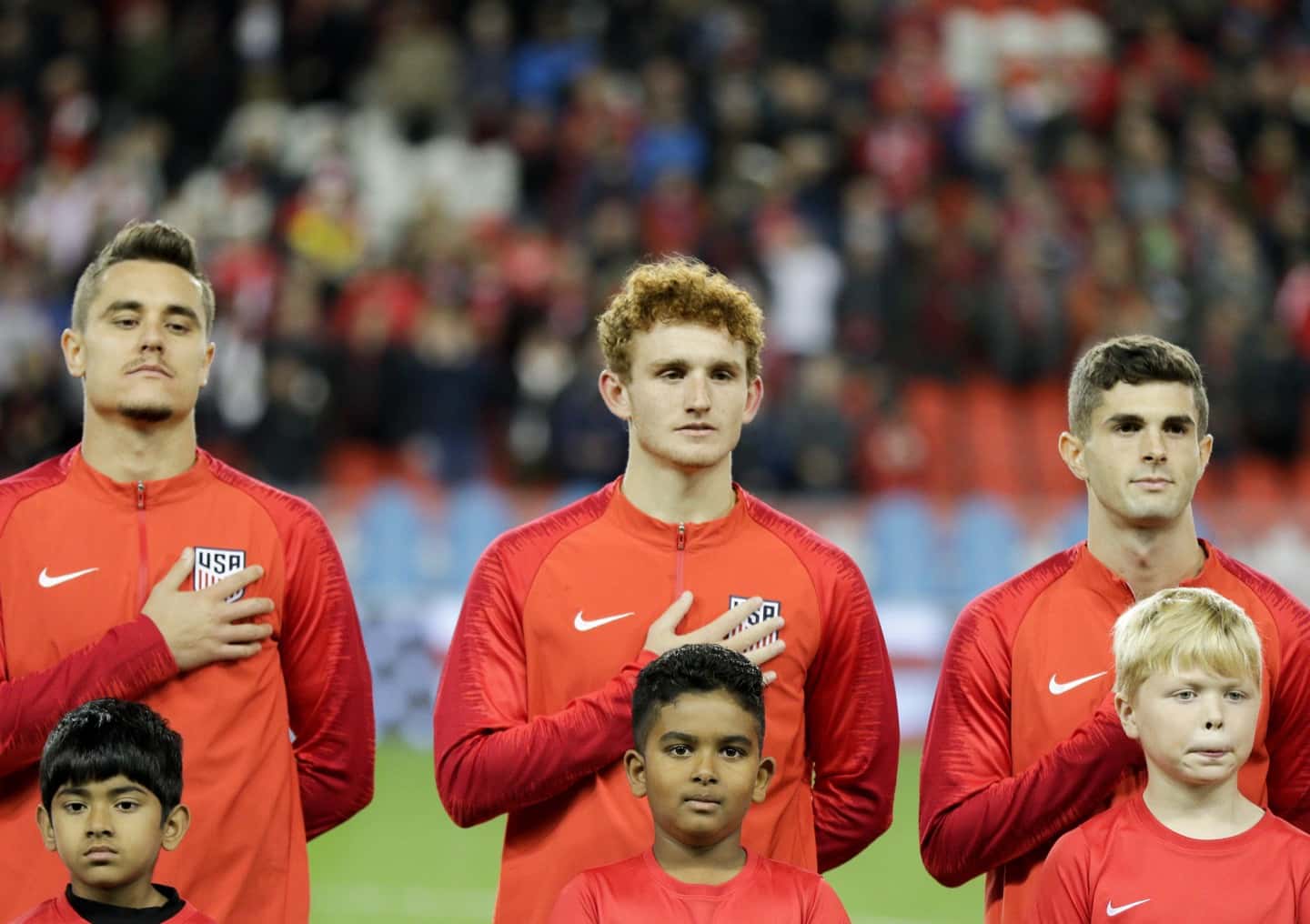 “The group is making progress,” he said. “These are learning experiences, and what I’m struggling with is that sometimes people forget that. They think this is a group that is in their prime and should be performing at a consistent high level every single game. This is a young team and you’re going to get these ebbs and flows of performance.”

The relative youth of the squad is backed up in the numbers. Seven of the 14 players to feature against Canada were playing their first competitive away games for the USMNT.

By more than two years, it was also the youngest U.S. starting XI for the first competitive away game of a modern-era World Cup cycle and the least experienced in terms of caps (37).

And with the CNL essentially replacing the old semifinal round of World Cup qualifying, the Starting XI’s average age of 25 years, 219 days that night in Toronto is notable as the second youngest for the USMNT in a competitive, group-stage away match since 1996. The only lineup that was younger came during the last match of the semifinal round of qualifying for the 2010 World Cup, a game where the team had already advanced to the next round.

“Every experience that we get hopefully consolidates performance and makes it more predictable. We have some talented players and they’re exciting to work with. It’s a good group of guys and I’m confident they are going to come together and really perform nicely over the next couple of years.”

Thankfully, the young squad has an almost immediate shot at payback when it hosts Canada in the return fixture on Nov. 15 in Orlando. Just as a win this month pushed Les Rouges back into World Cup Qualifying contention, a victory by Berhalter’s side could knock Canada right back out of the top six and give the USMNT control of its own destiny to advance to the Nations League Knockout Round on the final day of the group when it plays Cuba in George Town, Cayman Islands.