It comes from the awareness that at any moment she could administer a train-wreck tackle on an opponent who likely regretted that decision to go for the 50/50 ball.

And that a player with such physical prowess is also capable of collecting a ball in tight space, spinning out of trouble and hitting a perfect weak-side pass to a rampaging winger, well, that makes Ertz just plain fun to watch.

Two players who are very familiar with Ertz’ exploits are Samantha Mewis and Rose Lavelle. They started with her in the midfield at the 2019 FIFA Women’s World Cup Final.

“Julie is the best teammate around,” said Mewis. “She’s constantly upholding our standards on the field by demanding the best from everyone. She’s the first person to give you a high-five or help you figure something out tactically. She’s just a natural leader and highly respected and revered by everyone on the team.”

Lavelle is just glad she gets to play WITH Ertz most of the time.

“I’ve been on the other end of those tackles in NWSL and they are no joke,” said Lavelle. “It’s not fun.

“But to play with her is so motivating. She is such a hard worker. She’s constantly hyping you up. Off the field, she’s so fun and loves to laugh and have a good time. It’s two different sides of her but it’s a great balance.” 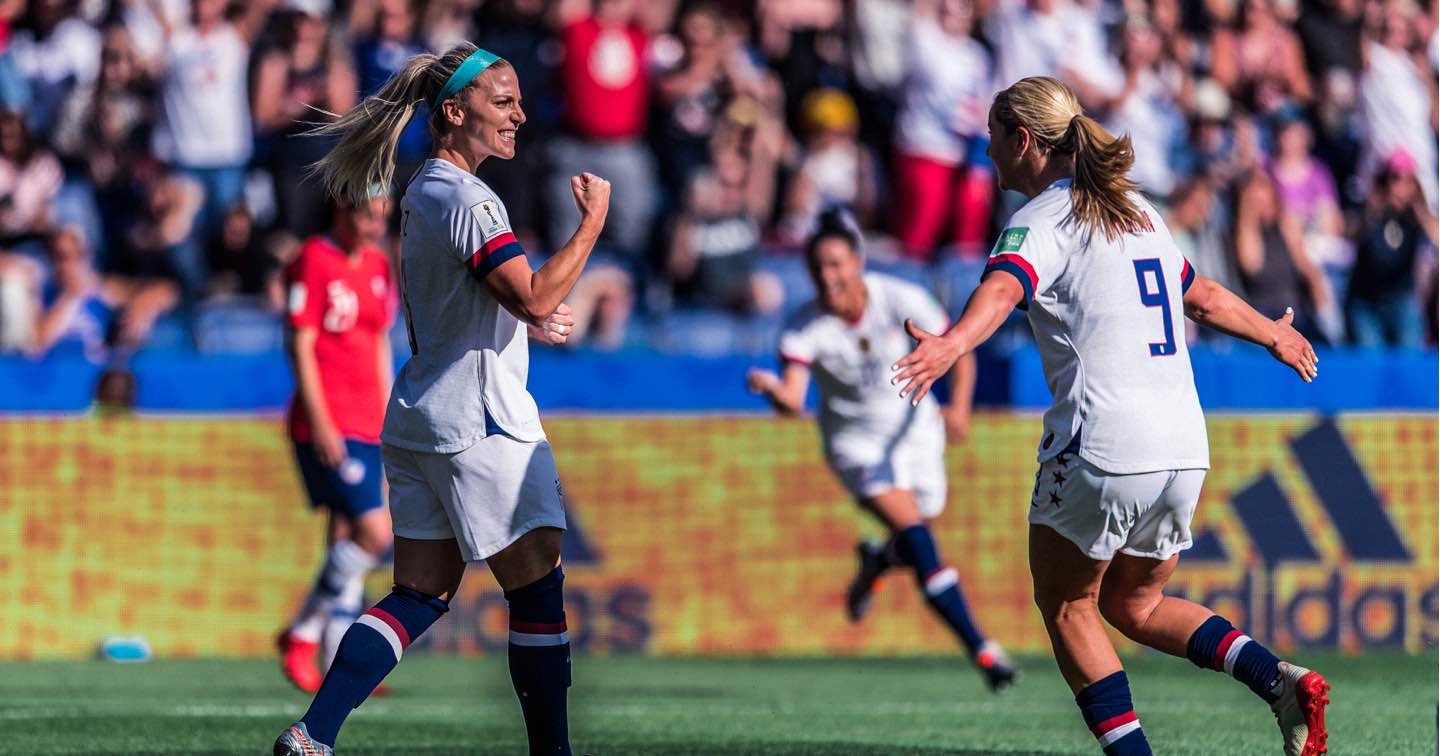 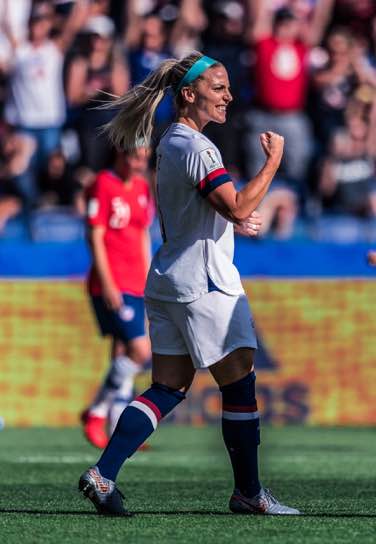 Despite playing center back or defensive midfield for her entire WNT career, Ertz has 19 career international goals. Few players (although Abby Wambach comes to mind) have exhibited such fearlessness inside the penalty area. Seven of her goals have come off free kicks and eight off corner kicks. Nine of her 19 goals have been headers, nine were scored with her right foot and one with her left. Impressively, 37 percent of her goals (7 of 19) have been game-winners.

Ertz debuted for the USA in 2013 against Scotland in Jacksonville, Tenn., and seven years later, after persevering through the valleys and navigating the peaks that elite athletes must travel, she finds herself on the cusp of a magical number for any international soccer player: 100 caps.

Julie Johnston first burst onto the world stage as the captain of the U.S. Under-20 Women’s National Team that won the 2012 FIFA U-20 Women’s World Cup in Japan. As a center back, she was awarded the Bronze Ball as the third-best player in the tournament, a rare honor for a defender.

Her talent, grit and overall potential were evident during that World Cup, but those qualities guarantee nothing when it comes to breaking into the senior side. She had miles to go before she would become the player she is today.

She would get her first full-team call-up under Tom Sermanni early in 2013 but played just five games from that point until March of 2015.

Then came the 2015 Algarve Cup and an injury to veteran center back Christie Rampone. Johnston was inserted into the starting lineup in Portugal – and scored her first career goal, against France – then stayed there as the USA went on to win the 2015 Women’s World Cup. She was stellar throughout the tournament in Canada, playing every minute of all seven games in the middle of the defense with veteran Becky Sauerbrunn.

She had a solid 2016, playing in 19 of the USA’s 25 games (missing two at the end of the year due to her wedding to Philadelphia Eagles All-Pro tight end Zach Ertz and their honeymoon) but saw action in just two of the USA’s four Olympic matches as the Americans crashed out in the quarterfinals.

Then came one of the most unusual years that any WNT player has ever experienced. At the start of 2017, Ertz found herself out of the starting lineup as U.S. head coach Jill Ells began to re-tool the team in preparation for the 2019 World Cup run. She played sparingly, if at all, through the first eight games, seeing only 123 minutes of action.

Then came the summer and the Tournament of Nations. The USA had lost to Australia, 1-0, in Seattle (which remains its most recent loss on home soil) and traveled to San Diego to take on Brazil in its second game.

The match was tied 1-1 when Ertz entered the game in the 57th minute at defensive midfielder. It was not an unfamiliar position for her, as she’d played there in college and for the U-20s. Shockingly, Brazil then scored twice, once from a corner kick and once from a direct free kick, to take a 3-1 lead. 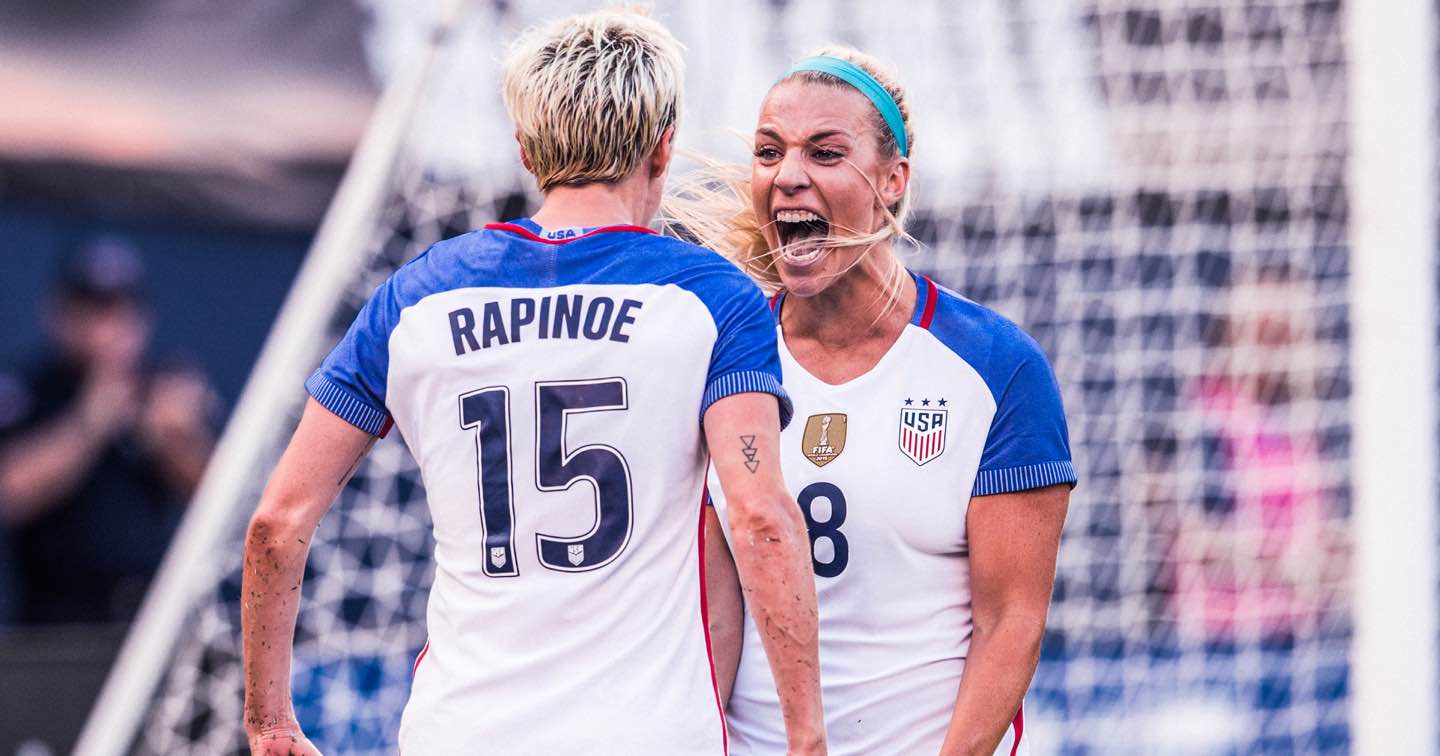 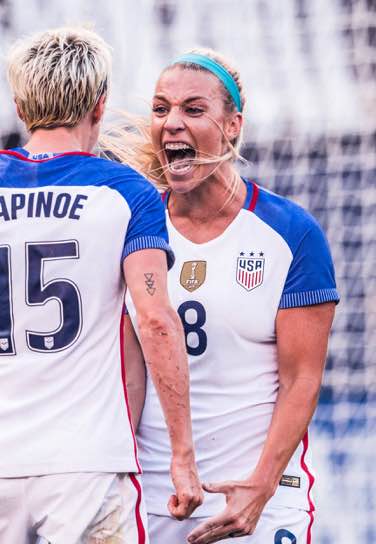 In the wake of those two goals, Ertz then helped light a spark -- for her career and for the USA -- that arguably took them all the way to the 2019 Women’s World Cup title. Christen Press and Megan Rapinoe scored spectacular goals to pull the USA even, and in the 89th minute, Ertz brought down the house with the game-winner that gave the Americans a 4-3 victory.

She would start every game for the rest of the year, scoring six goals and playing so well in her new role she was named the 2017 U.S. Soccer Female Player of the Year. She was back in her groove and on her way to becoming one of the best players in the world.

In France last summer, she scored her first World Cup goal – against Chile on a classic Ertz header – and was one of the USA’s most important players throughout the title run. At the end of the year, she was named to the FIFA World XI and once again was honored as the U.S. Soccer Female Player of the Year. 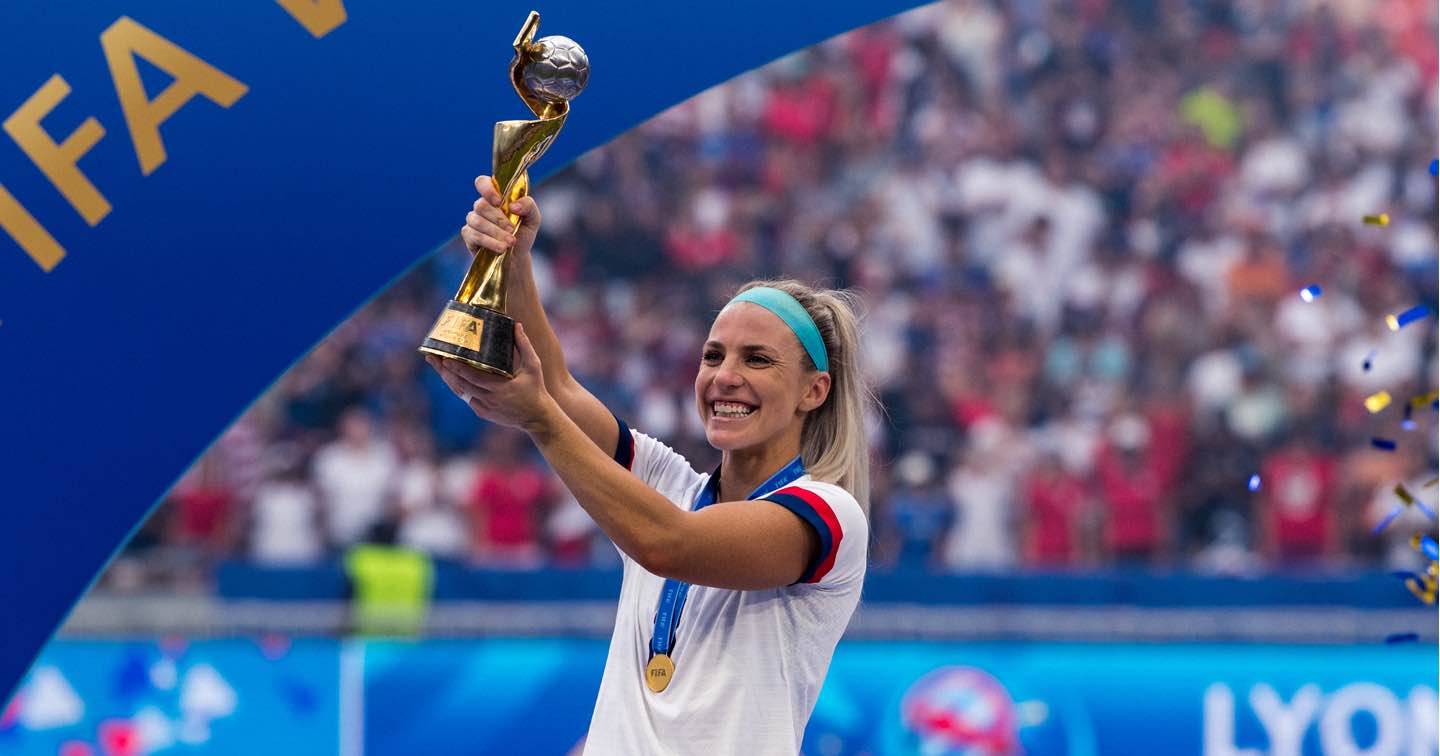 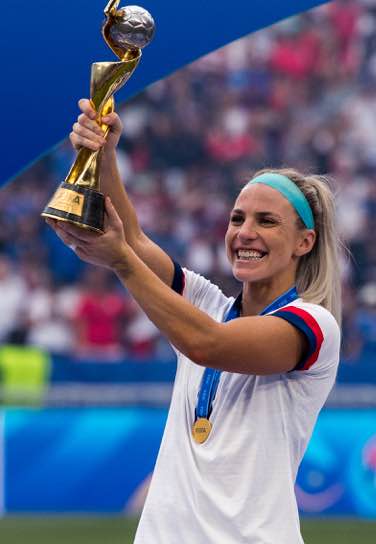 Still only 27, Ertz has won all three World Cups she’s contested in her career (a coincidence? We think not) and will now add another impressive line to her resume when she reaches the century mark in caps.

“Every coach wants a Julie Ertz on their team,” said U.S. head coach Vlatko Andonovski, who had to coach against her for six seasons in the NWSL. “To have a player who can impact the game offensively and defensively like she does is extremely valuable to how we want to play. Like all our players, Julie is a winner. She loves the game and her teammates and we’re all excited to see her reach 100 caps.”