“We will use this time to our advantage”: How the USMNT staff is operating in the COVID-19 Era

The time will come when the USMNT gets back on the field. There are more pressing issues these days as the world deals with the tragic COVID-19 pandemic.

A month ago, leagues in nearly every sport across the globe began indefinitely suspending their respective seasons, heeding the advice of world health experts that social distancing was imperative in slowing down the spread of the deadly coronavirus.

Seemingly daily since, more high profile sporting events originally scheduled for the coming months have also either been canceled, postponed or re-scheduled, including the 2020 Olympic Games, EURO 2020 and the Copa America.

“First and foremost, it’s essential,” USMNT head coach Gregg Berhalter told ussoccer.com of sports coming to a halt. “It’s essential to stopping the spread is for everyone to be at home. It’s a very important step to take. You see that some of the precautions that have been taken are having an effect. Sport is part of our everyday life; sport gives us a sense of community. But in this time, we all need to be following instructions and helping as much as we can to stop the spread of this virus.” 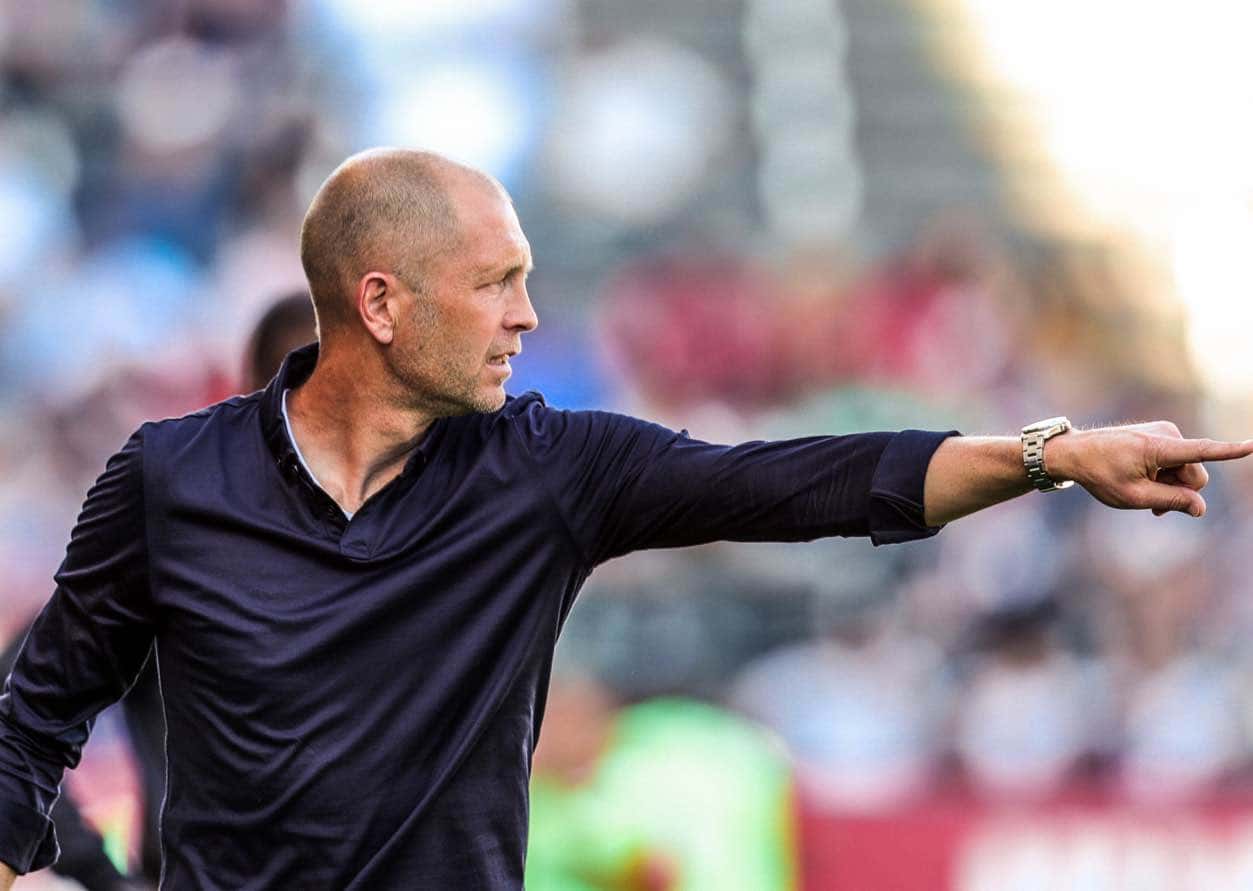 Berhalter led the MNT to an 11-5-2 record in his first year at the helm in 2019, which included a runner-up finish in the Concacaf Gold Cup and ending the year atop Group A of the Concacaf Nations League to advance to what was expected to be a semifinal meeting with Honduras on June 4th in Houston. The third place match or final – against either Mexico or Costa Rica – was set for four days later in Dallas.

However, Concacaf announced that, in consultation with FIFA regarding the international calendar, the Nations League Finals have also been suspended.

“It’s a shame that we’re not going to be able to play and compete for a trophy in the June window, but the most important thing right now is that people are staying home and staying safe,” Berhalter said.

When the timing is right, the priority is to get the leagues back up and running and national teams will come next. We have a close-knit group that continues to grow, and we are using this time to maintain our connections. When we do get back together we’ll regroup and be as focused as ever.
Gregg Berhalter

Berhalter and the MNT have encountered a handful of scheduling challenges this year. After the annual January Camp was shifted at the last minute from Qatar to Florida, the team was also forced to cancel its friendlies against the Netherlands on March 26 in Eindhoven and Wales on March 30 in Cardiff due to the COVID-19 pandemic. Those would have been the first matches played outside the Concacaf region under Berhalter.

“As coaches, we have to put in practice what we teach to the players every single day, and that’s focusing on what we can control,” Berhalter said. “This is something we can’t control. What we can control is that we’re in our houses, that we’re staying safe, that we’re stopping the spread of this disease, and that we’re continuing to work and trying to get better. It’s a good lesson for all of us. It gives us an opportunity to be grateful for what we have and look forward to the day when we can be back on the field again, but remaining productive during this time.”

With no games or opponents to scouts, Berhalter and the USMNT coaching staff are looking to use the extra time for self-improvement, and helping the players do the same.

“We’re trying to still be productive and using the time to our advantage,” he said. “I think there’s a couple of ways to look at this: you can look at this as a major disadvantage or you can look at it as an opportunity to get better, an opportunity to improve, whether that’s players picking something they want to improve and working on it, or whether it’s coaches being able to analyze things in more depth than you’d normally get when you’re in your weekly schedule.” 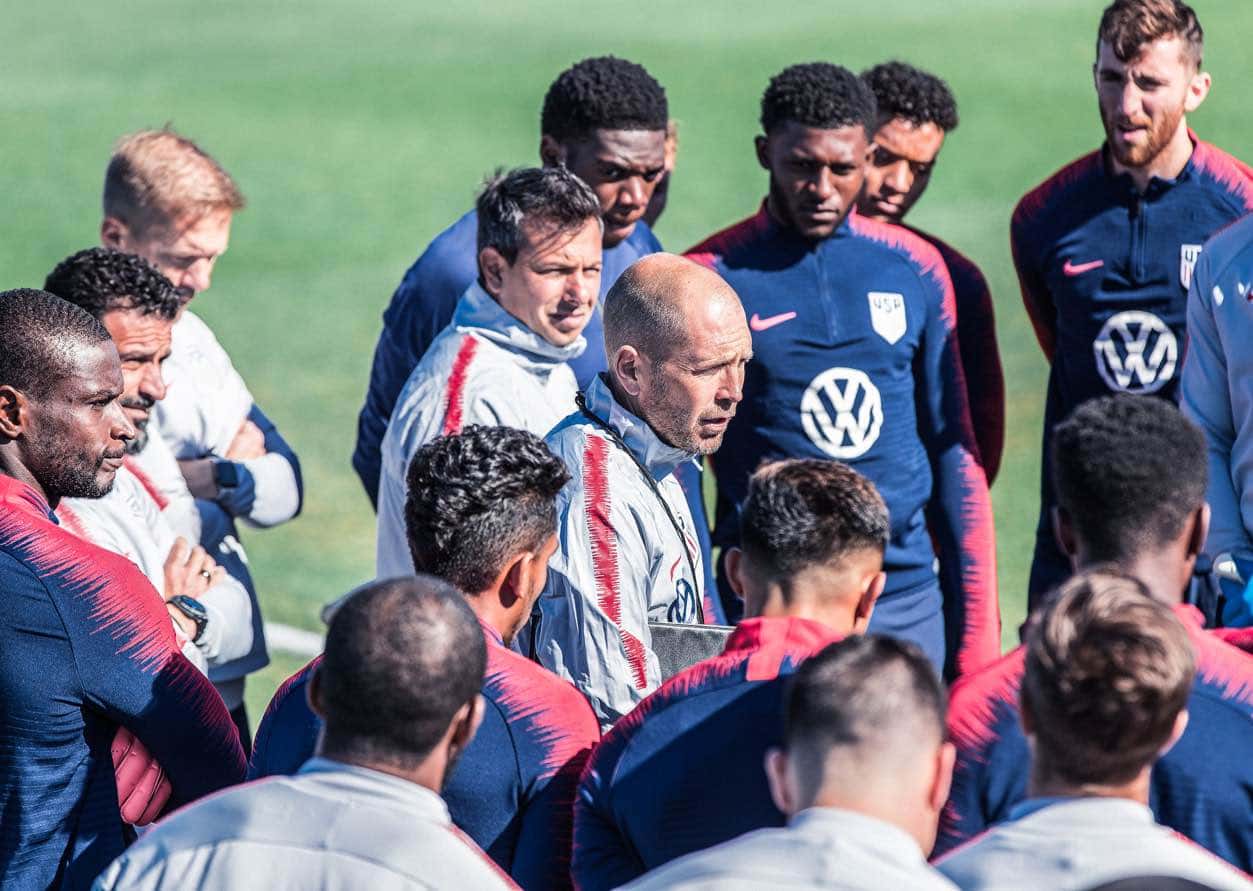 When USMNT pool players are in season, the staff conducts weekly calls with each one to analyze or discuss their most recent games. While those conversations are on hold, keeping in touch remains important.

“We still want to foster that sense of a group and sense of unity, so we’re thinking of other ways, other communication channels were we can all get together and still be able to talk to each other and support each other,” Berhalter said, noting that he’s been in contact with 45-50 players, including a number of players who were part of the U-23 USMNT build up to the recently cancelled Olympic Qualifying tournament.

Communication between staff and players is juggled between traditional phone calls, texting and video conferencing. Chats vary in size, as well as topics, especially with a number of players away from their families and loved ones.

“It’s a stressful time for everyone, so we’re emphasizing the use of Headspace to have them use relaxing techniques,” Berhalter noted. “We’re also working with our high-performance development and leadership coach on seizing the moment and focusing on what you can get better on.”

The staff has worked hard to develop relationships with clubs both domestic and international, and maintaining communication is as important as ever.

“Our staff has been involved in league wide medical and high-performance calls and have been able to supplement some of the workouts that our players abroad have been doing,” Berhalter said. “So we’re able to work together with the clubs, and that’s positive.” 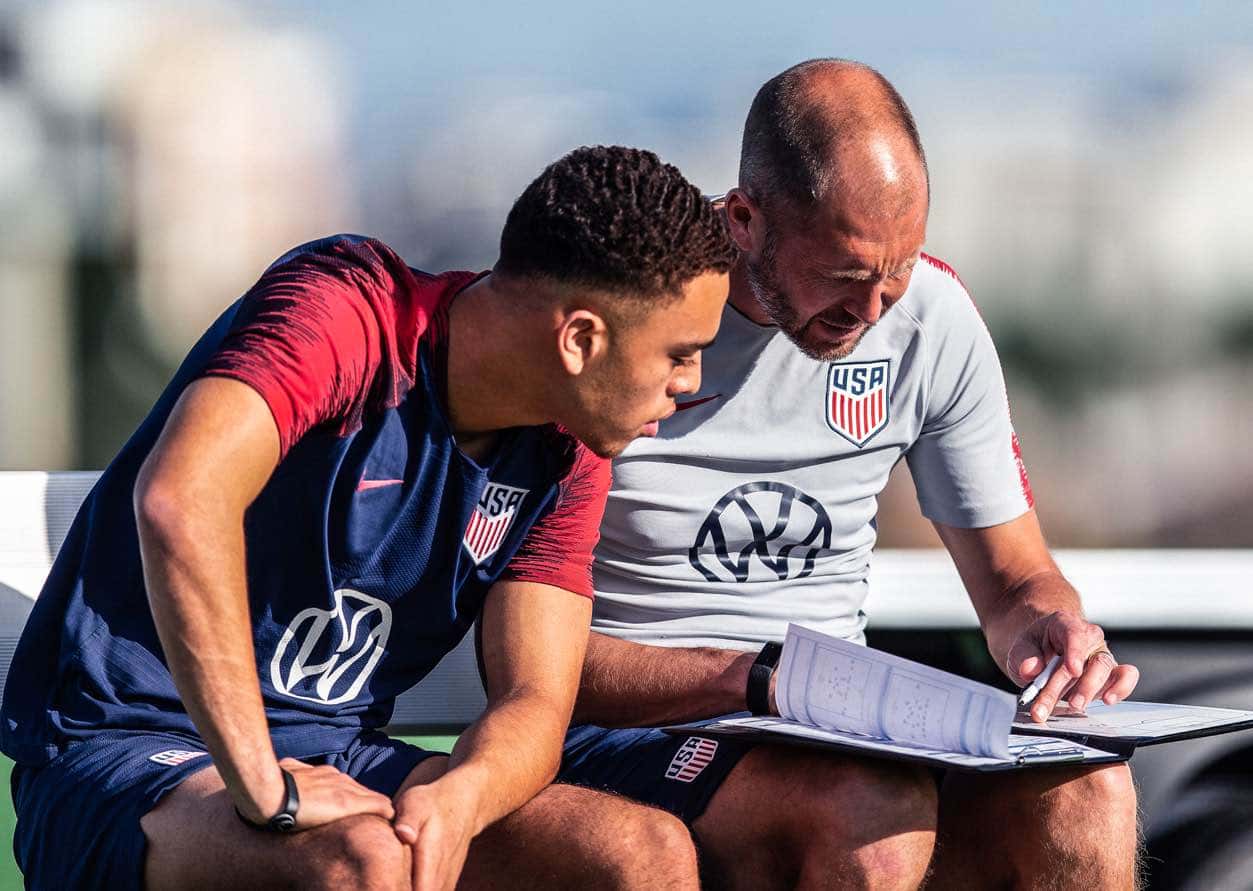 The coaching staff has begun introducing some of the younger players to the video libraries focused on positional profiles to help each player understand what’s expected in the USMNT system. Those are shared through video conference calls.

The staff has also continued its own weekly scouting meetings, also through video conferencing. The primary focus of these meetings has been to conduct deeper reviews on how each USMNT-eligible player performed in previous matches.

“Scouting from a standpoint of keeping current on how the players are performing is completely done, obviously, with no games being played at the moment,” Berhalter said. “But it’s an opportunity for us to continue to evaluate our own game models; we can watch past footage of players. It’s been a very effective tool that we have, of having these Tuesday morning meetings and recapping all of our players performances and being able to talk about it in depth, because it has helped us identify players. For us, it’s a great tool to be able to watch all the video and be able to discuss and evaluate the performance of the players.”

No one knows when sports – or anything, for that matter – will be cleared to return, and that includes national team matches. As the last fixtures before the June FIFA World Rankings were to be finalized, that month’s international window which featured the Concacaf Nations League final four was set to be the final determinant for the six-team final round of qualifying for the 2022 FIFA World Cup scheduled to begin in September.

While there’s uncertainty around the next time the USMNT will physically gather together, Berhalter says his group will weather it.

“Whatever the concern it’s, is going to be the same for all the teams, all the countries - and we think that can be an advantage for us, because mentally we’ll be in a place where we can deal with it. The players are resilient. The players understand what’s at stake. The players are motivated to qualify and to make our country proud. So whatever comes, we’ll be able to deal with it.”