During a five-day span in October 2009, the U.S. Men’s National Team embarked on an incredible journey of achievement, tragedy, a dramatic comeback and finally perhaps a little revenge with some karma thrown in against a long-time nemesis.

Not surprisingly, the players’ emotions swung wildly from one end of the spectrum to the other. It started with the exhilaration of qualifying for the World Cup, jumped to the extreme sadness of seeing one of their own, Charlie Davies, suffering life-threatening injuries due to a car accident before celebrating the joy of an unlikely 11th-hour goal by defender Jonathan Bornstein that left the USA first in the group and led to Costa Rica’s elimination for 2010 FIFA World Cup in South Africa.

The unfortunate part of that story was the scenario that played out with Charlie Davies. The team was emotional, and we ended the qualifying run on a high note.
Jonathan Bornstein (pictured below) 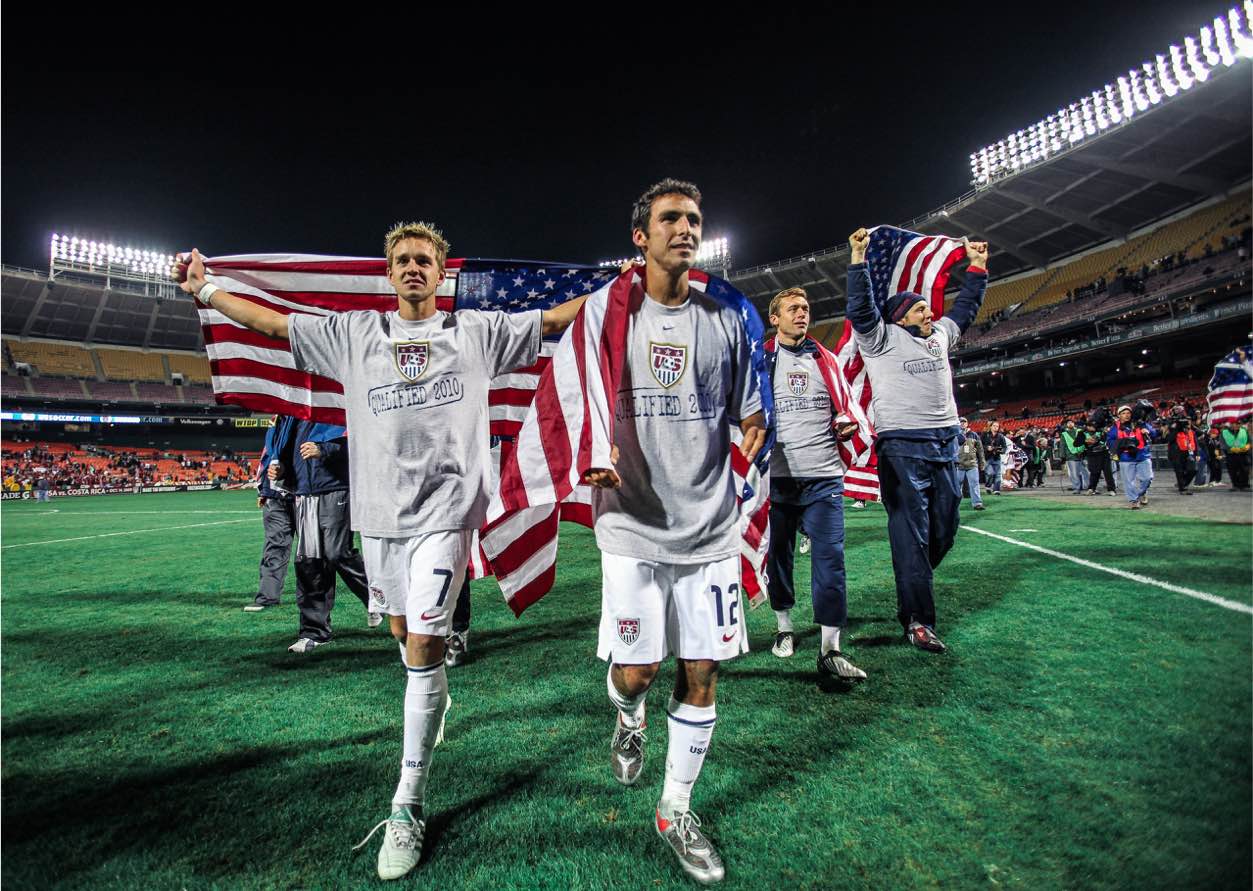 "I guess it really shows the resilience of that 2010 World Cup team," Davies (pictured below) said. "They had just announced the day before that I had been fighting for my life in the ICU, involved in a horrible car accident. Yet it was an opportunity for this team, even though it had qualified, to finish first in the group, which is an amazing accomplishment."

On Saturday, Oct. 10, the Americans outbattled a determined Honduran side in a classic confrontation in San Pedro Sula for a dramatic 3-2 triumph in which Conor Casey tallied his lone two international goals and Landon Donovan connected for what proved to be the decisive strike. 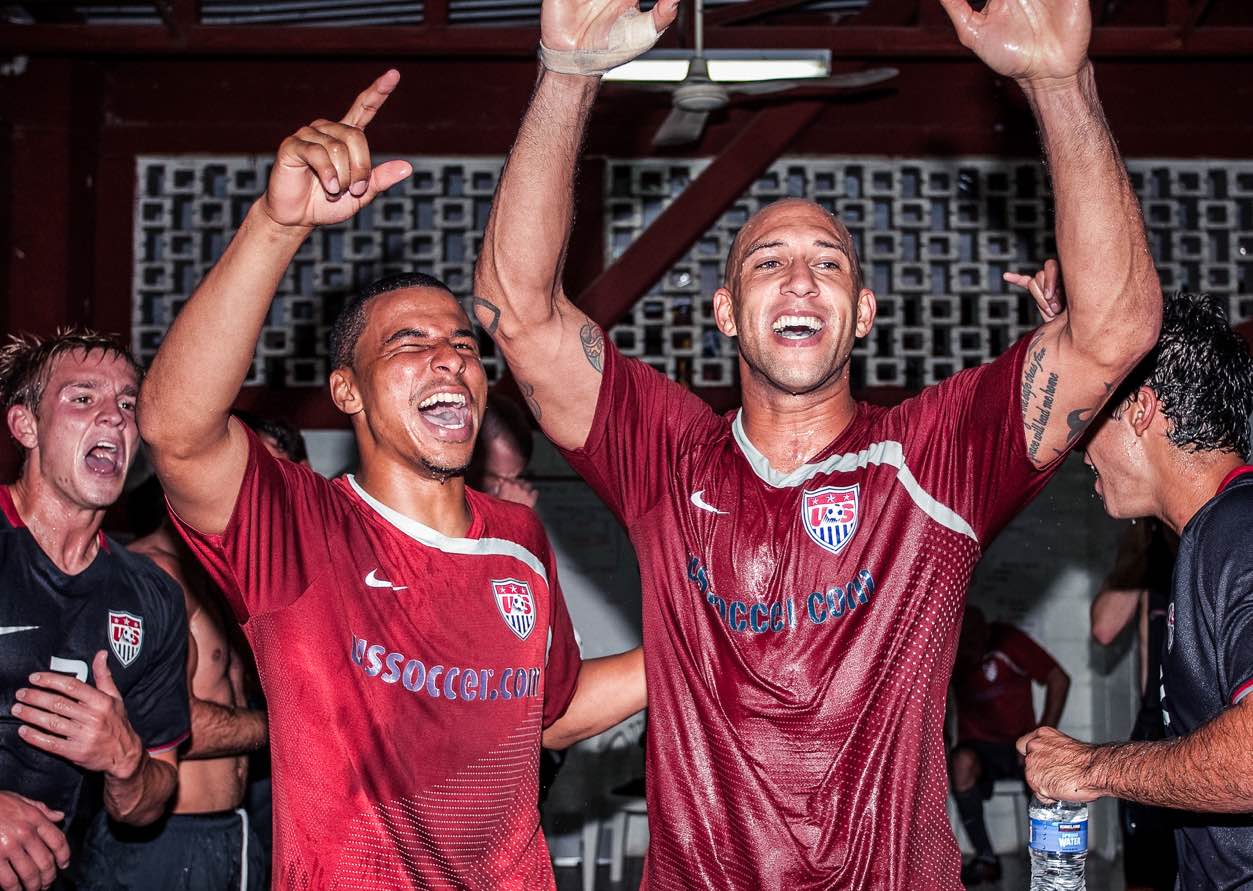 On Tuesday, Oct. 13, Davies, a passenger in a friend's car, wound up in serious condition after suffering a broken right leg and left elbow, a lacerated bladder, among other internal injuries, and facial fractures during an accident. A saddened U.S. head coach Bob Bradley said at the time: "As a team, we are relying on each other in a moment that has for sure hit us hard."

And on Wednesday, Oct. 14, a somber USMNT took the field at RFK Stadium in Washington, D.C. to meet Costa Rica. In the ninth minute, the fans held up white cards with a black No. 9 – Davies’ jersey number – while other supporters waved large banners for the ailing forward. 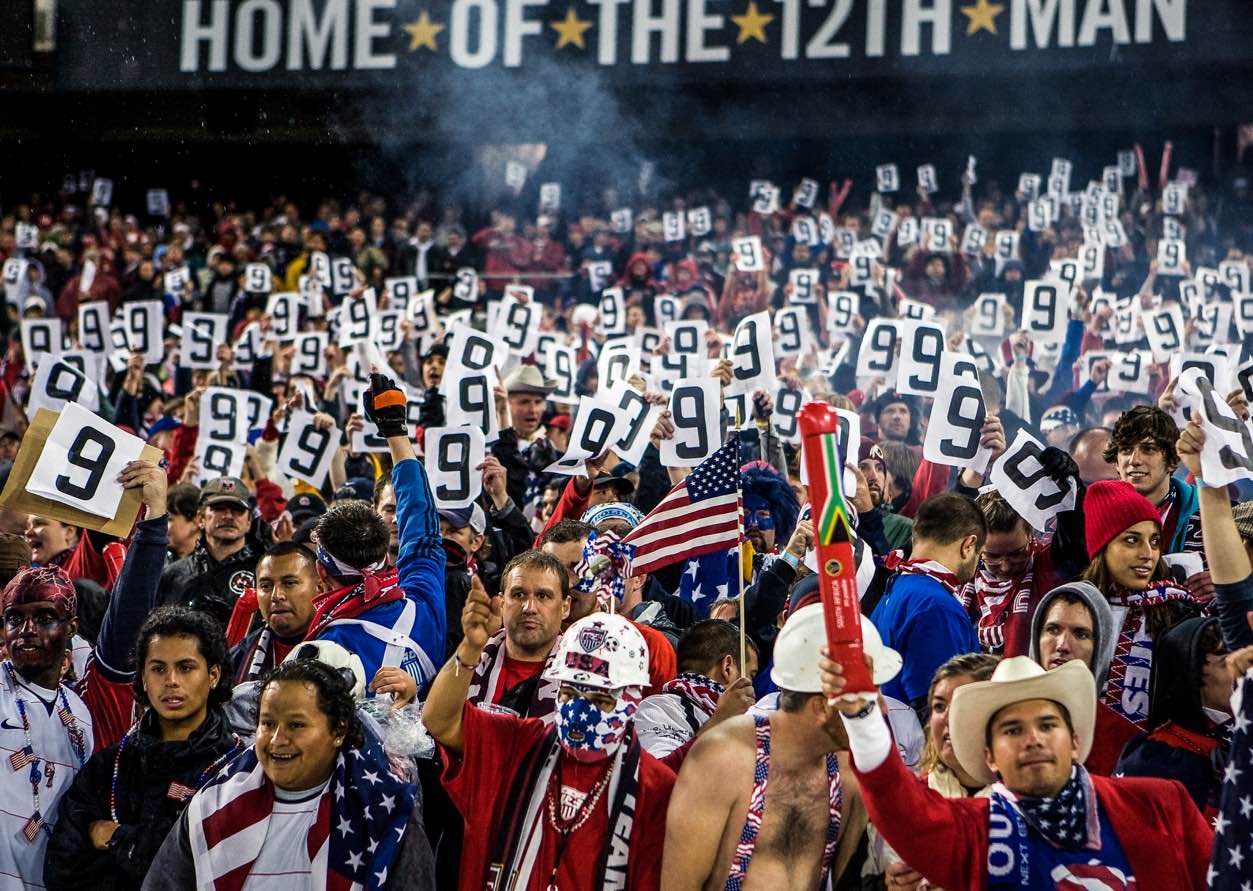 In a game in which the team did not need to win or draw, the USMNT rallied from a two-goal deficit to tie the Ticos, 2-2, five minutes into stoppage time on Bornstein's goal. Since Bradley had used his three allotted substitutes, the USA played a man down after Oguchi Onyewu suffered an injury in the 83rd minute.

With the final seconds ticking away, second-half sub Robbie Rogers, who wore the No. 9 jersey that night, sent in a left-footed corner kick. An unmarked Bornstein headed it home from six yards and RFK erupted.

"I went into the box, somewhere where I don't normally go on corner kicks," Bornstein said. “I was in the right spot at the right time and I put the goal away with my head. I'm not one to be scoring a lot of goals, but when I do, even I get a little bit surprised. So, it was great to be able to celebrate with the teammates. 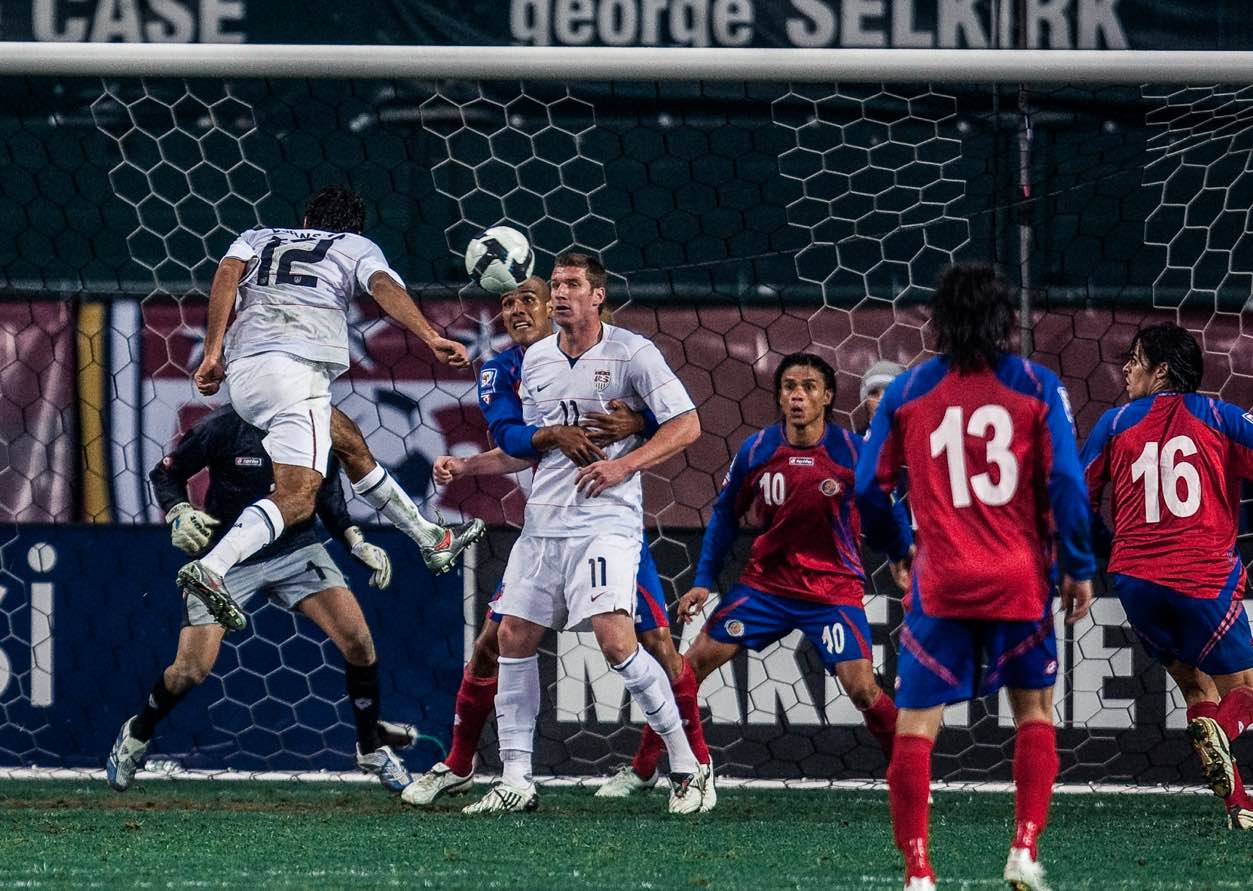 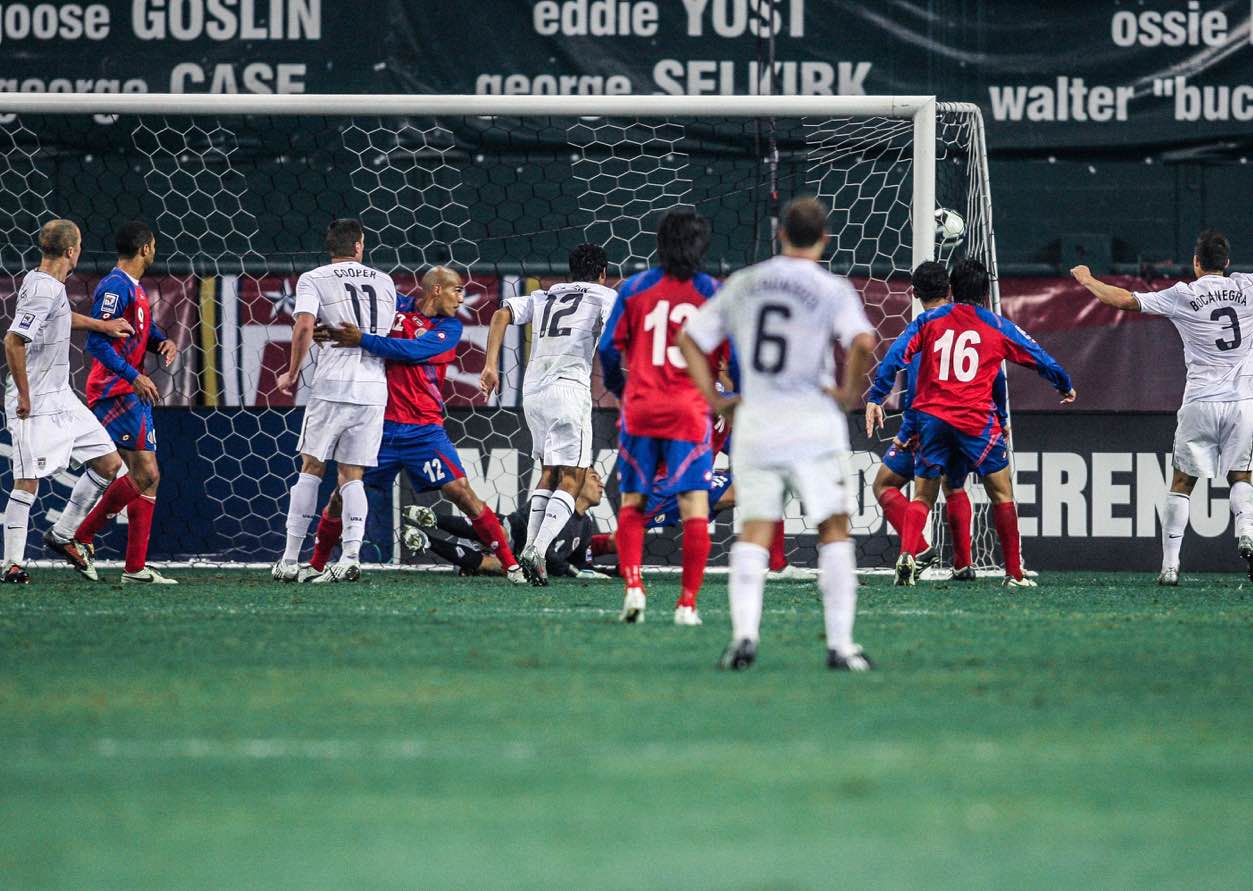 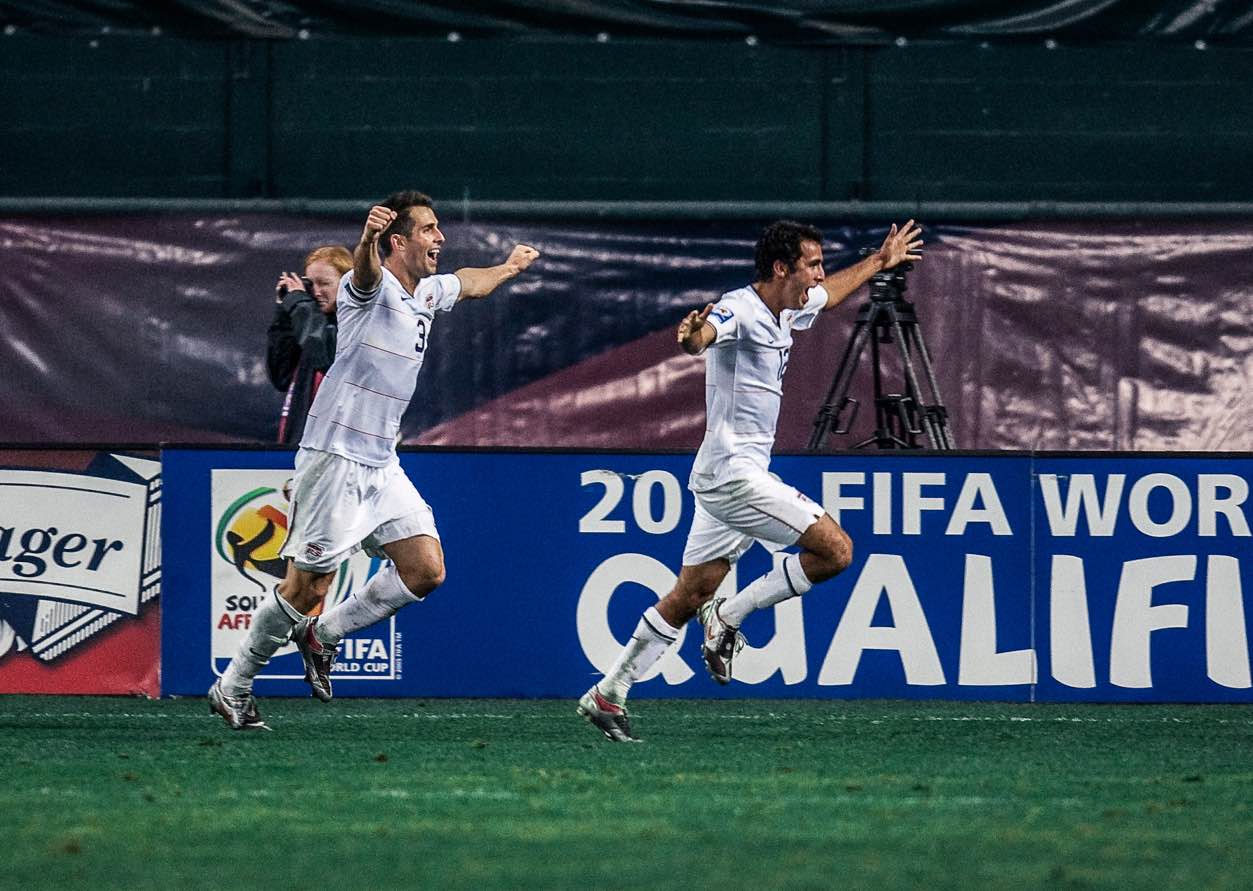 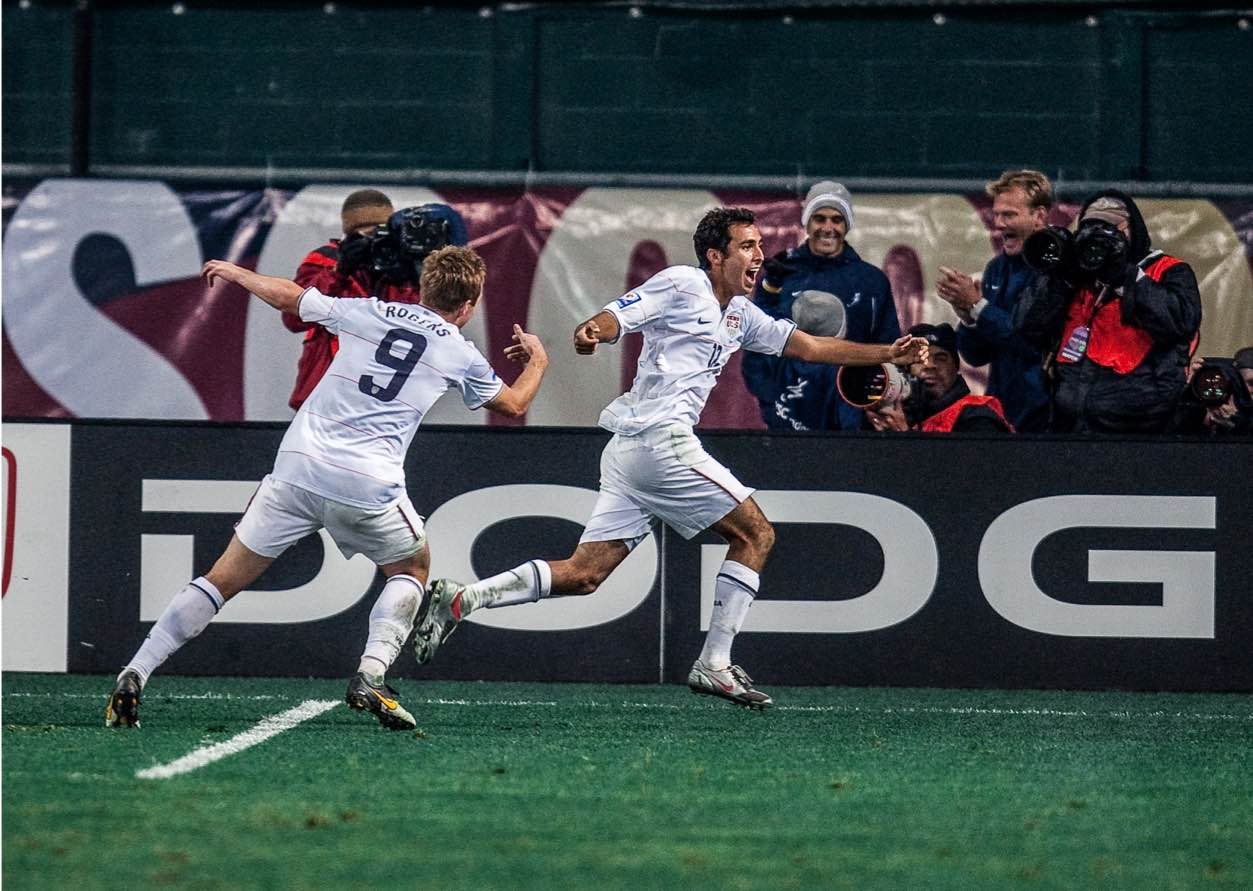 Bornstein didn't realize his second and last international goal, coupled with Honduras' simultaneous 1-0 win at El Salvador, made a double impact until the post-game press conference. While it ensured the USA finished on top of the Hex, the last-minute header saw Honduras leapfrog to third place and a spot in their second World Cup and first berth since 1982. Costa Rica dropped to fourth and the inter-confederation playoff with Uruguay where they fell 2-1 on aggregate a month later and missed out on South Africa.

"All I was trying to do was to score a goal for my team, the USA, and get us a tie and another point,” Bornstein said. “The impact that it ended having was bigger than I would have ever imagined. I am very grateful this kind of thing happened in my career. Even to this day people from Honduras still talk about this goal. They will talk about it and say thank you."

Indeed, Bornstein became an instant Honduran national hero. The country’s president gave him an open invitation to visit his country, but he never did due to playing and professional commitments. Nonetheless one can search “Honduras al Mundial 2010” on YouTube for a number of videos that show what his goal meant to the Central American nation.

One interesting bit of trivia: Bornstein was born in Torrance, Calif. on Nov. 7, 1984. A little more than six months later, Costa Rica defeated the U.S. in that same city, 1-0, on May 31, 1985, a result that eliminated the Americans from the 1986 World Cup, exactly a year from the start.

Was it karma? Some other force? Coincidence?

"It could be something subconscious, subliminal there for sure," Bornstein said. "So, maybe it was revenge on a sub-conscious level. That's pretty interesting."

Davies, who remained in a coma for two weeks, didn’t see the goal or the game. He discovered the support he had received later. U.S. Soccer gave his father some of the No. 9s the fans had held up. He also received soccer gear signed by the fans, get well cards, pictures and letters. Davies added he went through each piece of mail. 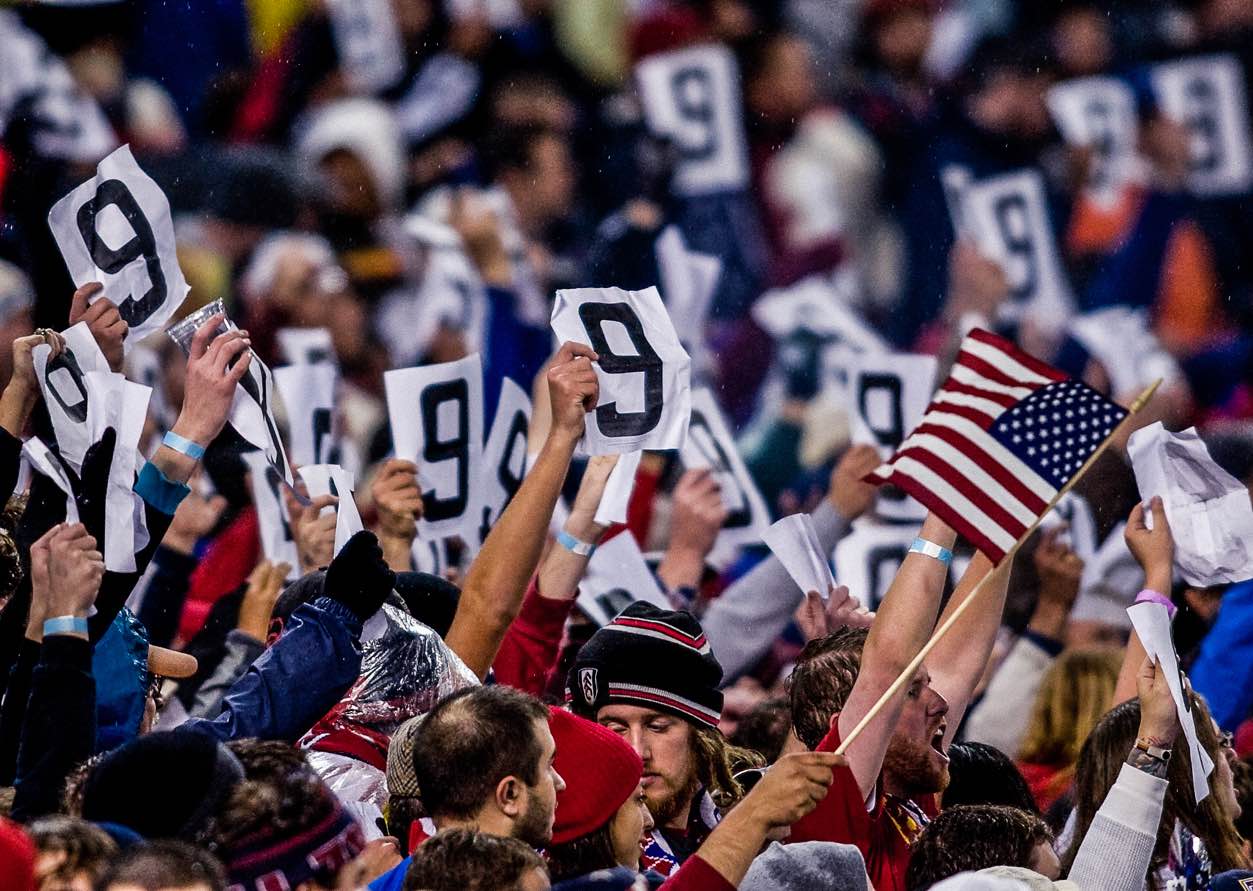 He said he was "deeply touched," and that it helped with his comeback.

"That doesn't even come close to how I felt after seeing that," Davies said. "There's not even a word to describe. It motivated me, it pushed me, it inspired me to see so many people cared. That's one of the main reasons that I was able to work so hard and push through a year and a half of rehab was because of their gesture to me. A year and a half later, I was able to play in front of those same fans and score two goals in my debut with D.C. United. That was incredible as well. I'll be forever grateful to any soccer fan in this country because of the love that they showed for me. Really, how that was able to get me out of bed and stand up one more time, get out of my wheelchair one more time. It was because of those moments."

Tuesday night’s re-broadcast of the match should be intriguing for Davies because he has never seen it.

"I am excited to watch the game when they re-air it," said Davies, a TV analyst for New England Revolution games. "It should be interesting to hear what they have to say. ... I'm getting -- I wouldn't say the word goosebumps -- but I'm getting emotional right now just thinking of watching the game."