On the anniversary of his international debut in 1998, ussoccer.com reminisces with the mercurial midfielder on his playing career and how he went from soccer to earning a Doctorate in Clinical Psychology
Michael LewisApril 22 2020
Featured

Much like when he was part of the build-up of a goal, John O'Brien was fueled by the anticipation of making his U.S. Men’s National Team debut in April 1998.

He took a short flight from Amsterdam, Netherlands - where the midfielder played for the legendary Dutch club Ajax - to Vienna, where the Americans were preparing to meet Austria in a World Cup warm-up. He met up with his teammates, who flew in from various countries.

With the USA clinging to a 1-0 lead in the second half, head coach Steve Sampson told O'Brien, then all of 20, to get ready. He was going to replace Frankie Hejduk.

While standing near the fourth official, O'Brien said that he remembered "feeling really excited and 'I want to get onto this team.' I wasn't too nervous. I was more excited to get onto the field. I remember feeling like, 'Oh, this is something I wanted to happen earlier.'

"Being kind of a younger kid [with] a lot of adults, wanting to come on and mark my mark."

If it were a storybook debut, O'Brien would have scored a goal, but that wasn't in the cards that night at Ernst Happel Stadion. The Playa del Rey, Calif. native thought that he could have celebrated one in the 89th minute.

"There was one play where Brian McBride kind of played through and I was in the center of the field," O'Brien said. "I think Austria thought he was offside, but he wasn't. I ran through. Brian could have just passed it to me. I remember: Pass! Pass! Pass! I was yelling at him. I wanted to get a goal. It would have been a tap-in but he just took it himself and scored."

Of course, O’Brien knew that McBride’s job was to score, as he had a nose for the goal.

A series of injuries in his career limited O’Brien to a total of 32 appearances for the Red, White and Blue, leaving many to wonder what could have been produced by one of the most talented players ever to wear the U.S. uniform. 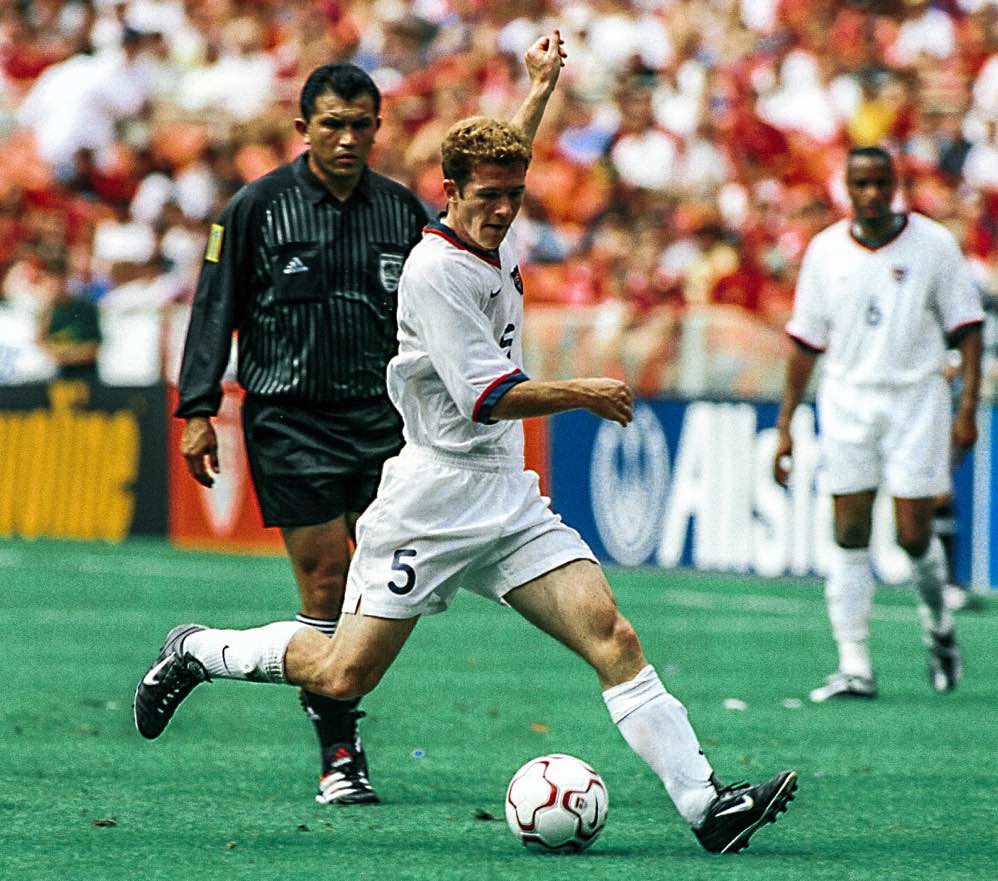 O'Brien, then 5-8 and 145-lbs., might not have necessarily grabbed the headlines like a Landon Donovan or Christian Pulisic, but his game combined artistry, efficiency and precision that was appreciated by coaches and teammates alike.

"He’s as talented a midfielder as U.S. Soccer has ever had – a terrific passer of the ball, read the game well and scored goals as well, even though it wasn’t his forte," former USMNT head coach Bruce Arena said years ago. "He was one of the better players on that [2002] U.S. team. He could have been a fixture for the U.S. team and played for a big club team. It’s unfortunate he wasn’t able to continue in his career."

"John O'Brien was amazing, a player unlike anyone we had on the U.S. team during my playing period," he said this week. "Just all this calm in any situation. Johnny always wanted the ball. It didn't matter if there were two, three guys around. He always made himself an option. He never hid. And once you gave it to him, he never lost the ball. 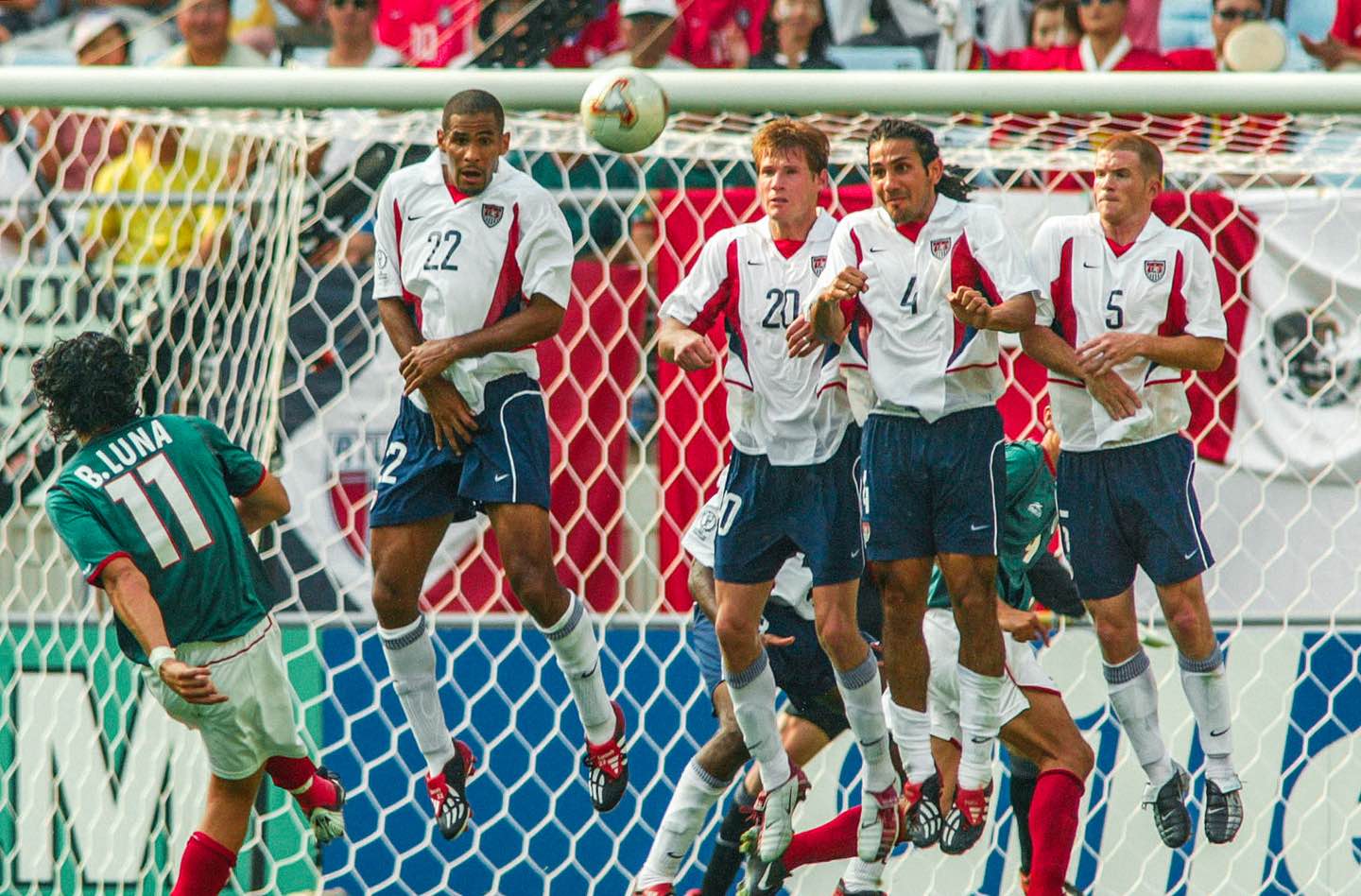 "Even at a young age, he was so cerebral. He never seemed to be flustered at anything. He thought deeply about everything."

Back in 1996 at the age of 18, Ajax scouts identified O’Brien as a player with a marvelous left foot and a ton of potential. He joined the club's famed youth program.

"A lot of national team players at the time went to Europe after college," O'Brien said. "But I was in this wave and people were going after high school to make the jump. It was just a lot of support from my parents and my coaches. Having the opportunity at Ajax was pretty exceptional. You're not going to just any European club. Ajax was really well known for developing players." 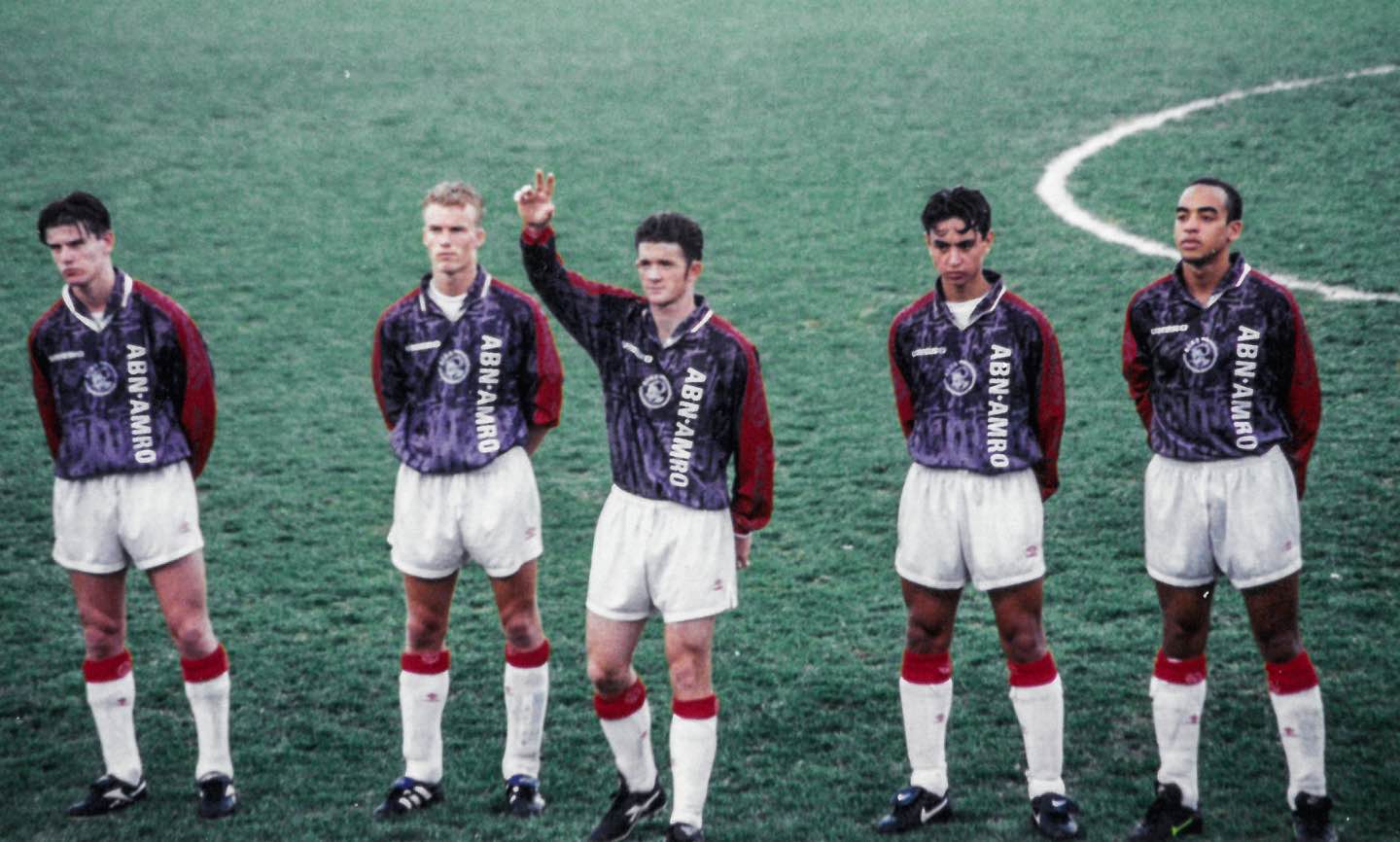 At first, O'Brien did not get paid because he wanted to keep his college eligibility if things didn't work out.

"I could still get a scholarship. That was still open," he said, remembering what went through his mind at the time. "I am moving to Europe and I am going for it. It was like: I'm going over there to play for a year. I'm really excited about that. I might come back to college and we'll see how it goes."

Clearly, it went well. He moved up the ladder from youth to the second team, with whom he signed a contract. Then came the reserves and finally, the first team. 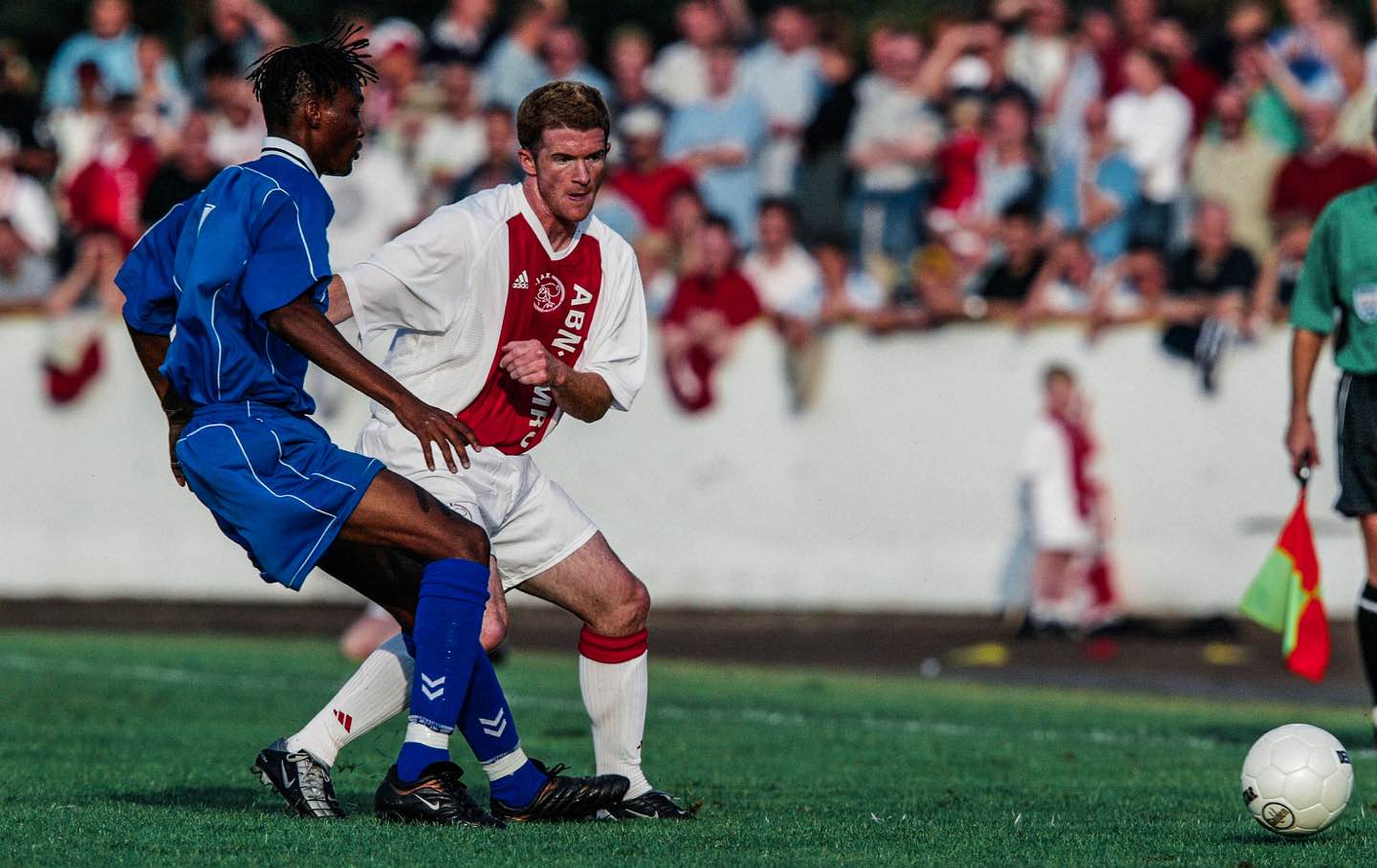 While his career was stymied and interrupted by several injuries which limited his time for both club and country, O’Brien played a major role in some of the most significant results in USMNT history, including two stunning results at the 2002 World Cup. He scored the opening goal minutes into the USA’s 3-2 upset win against fourth-ranked Portugal, and was integral in the 2-0 Round of 16 victory against rivals Mexico, helping launch the counterattack that led to Landon Donovan’s clinching goal and the most famous Dos a Cero. 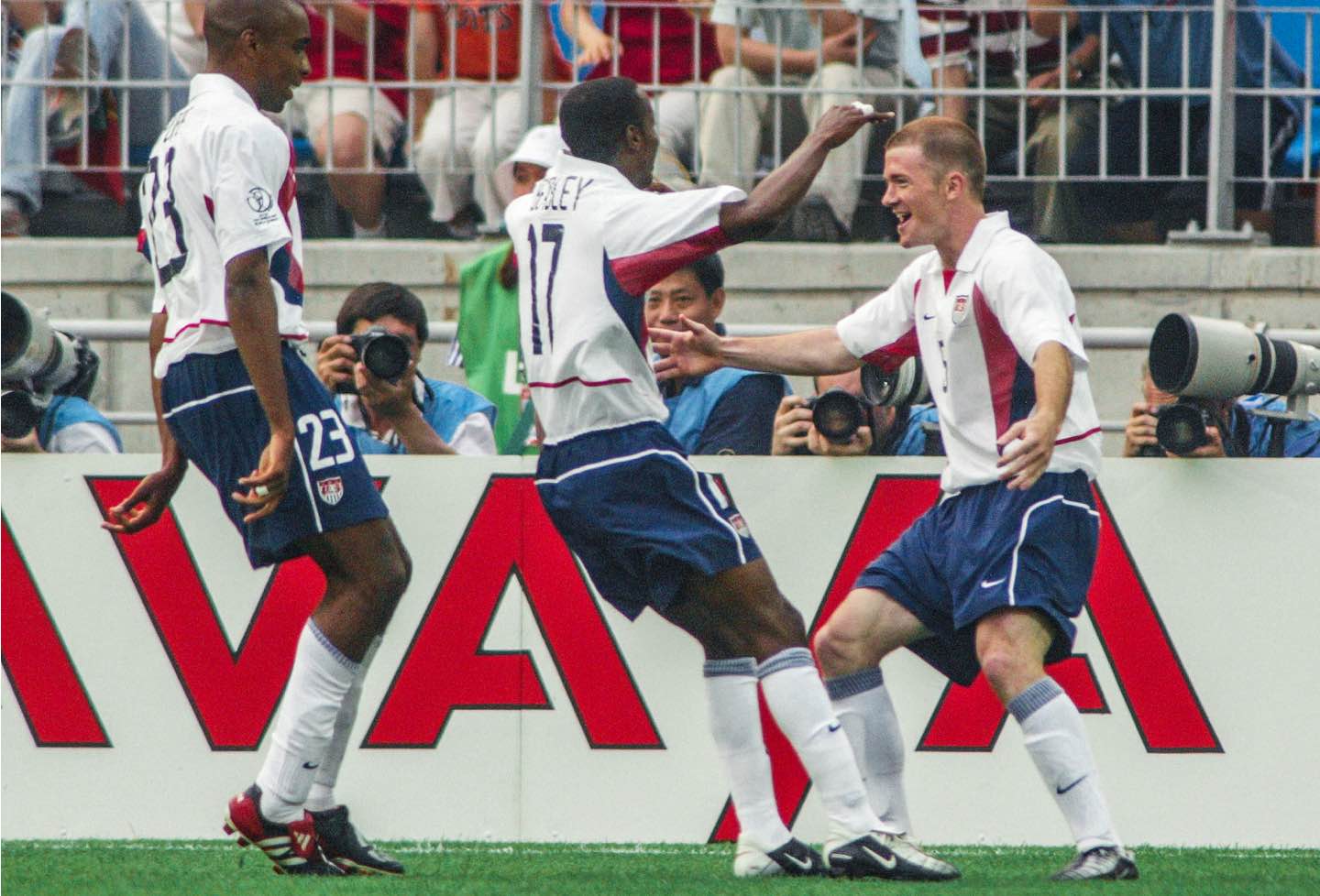 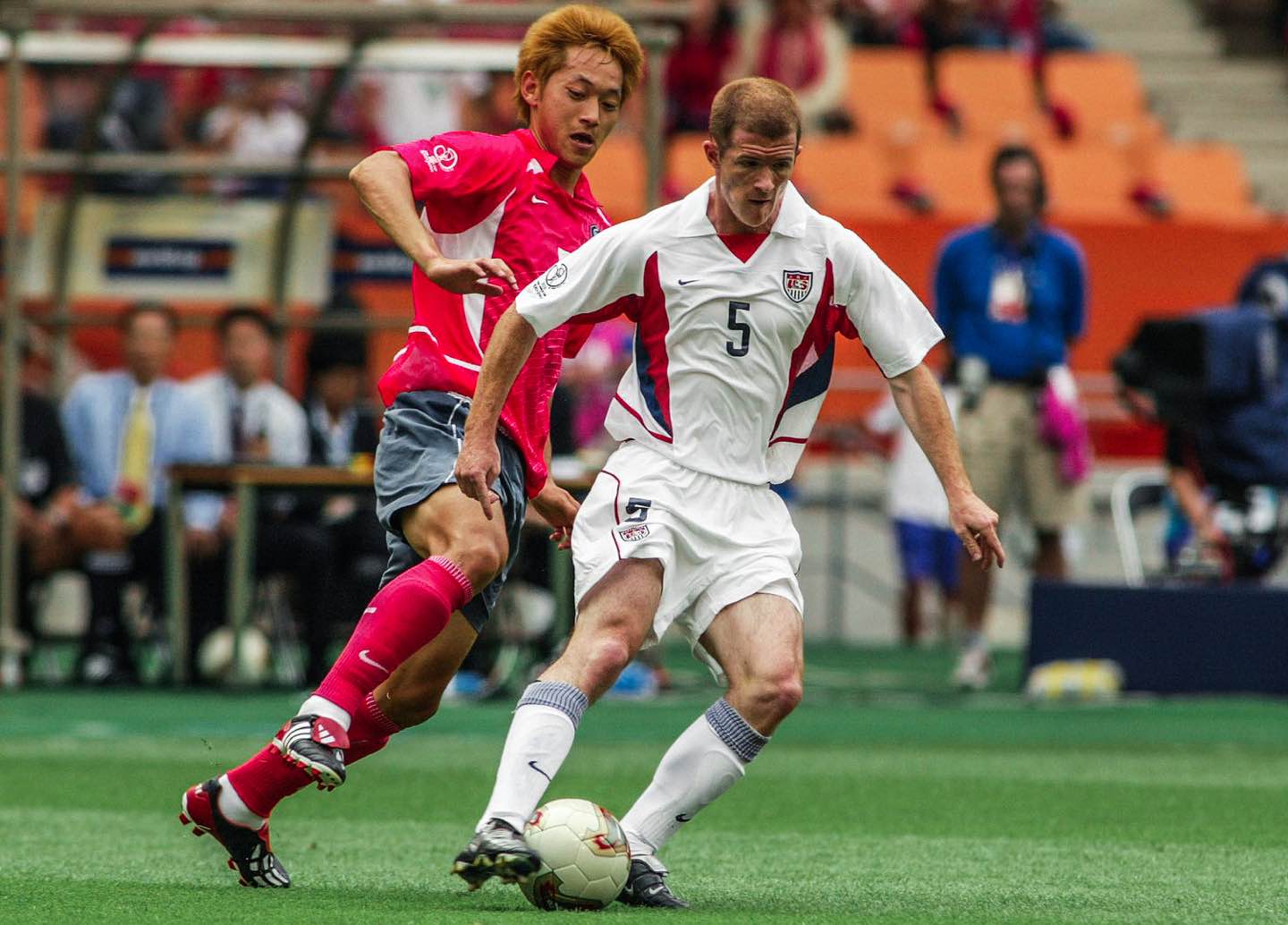 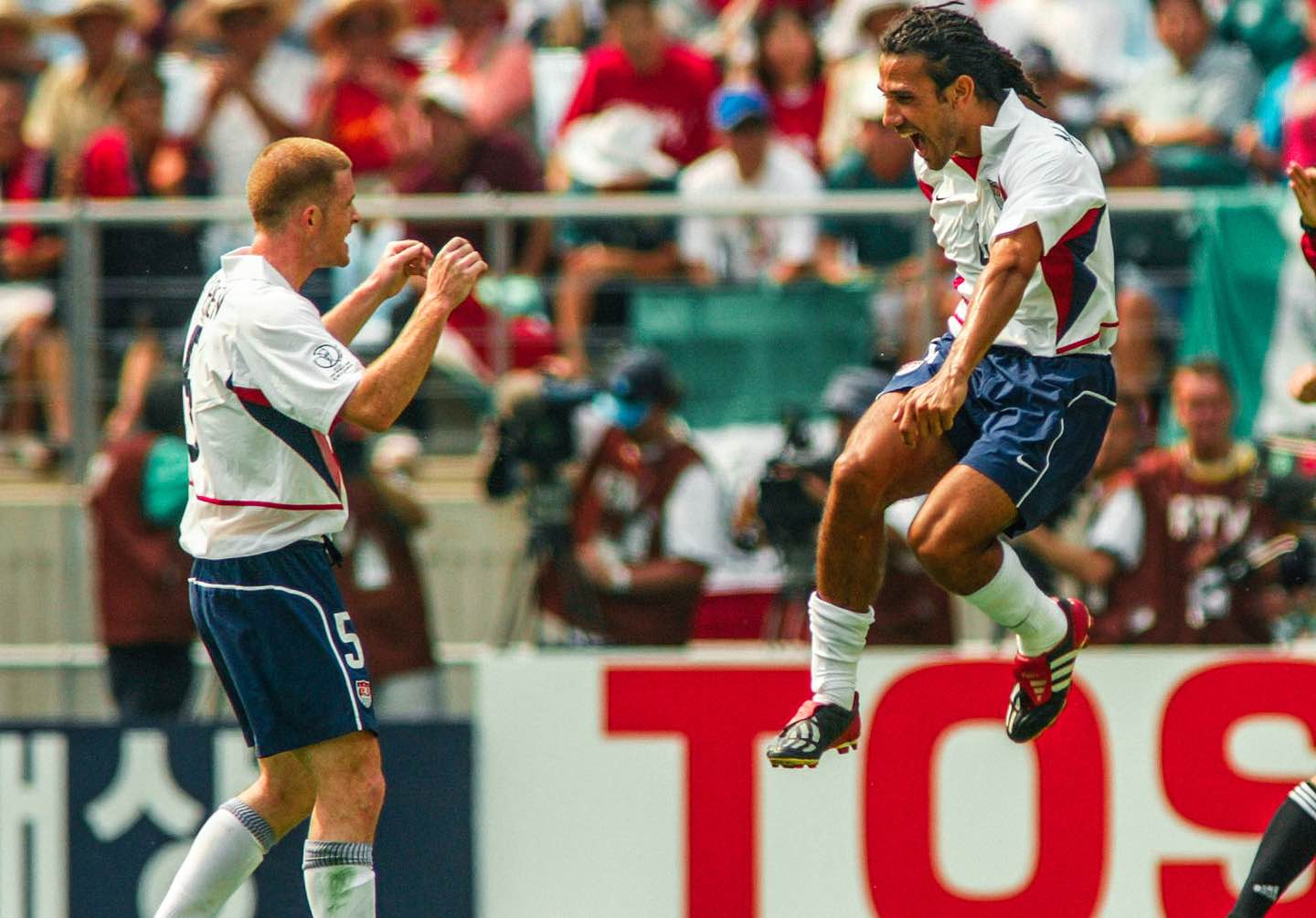 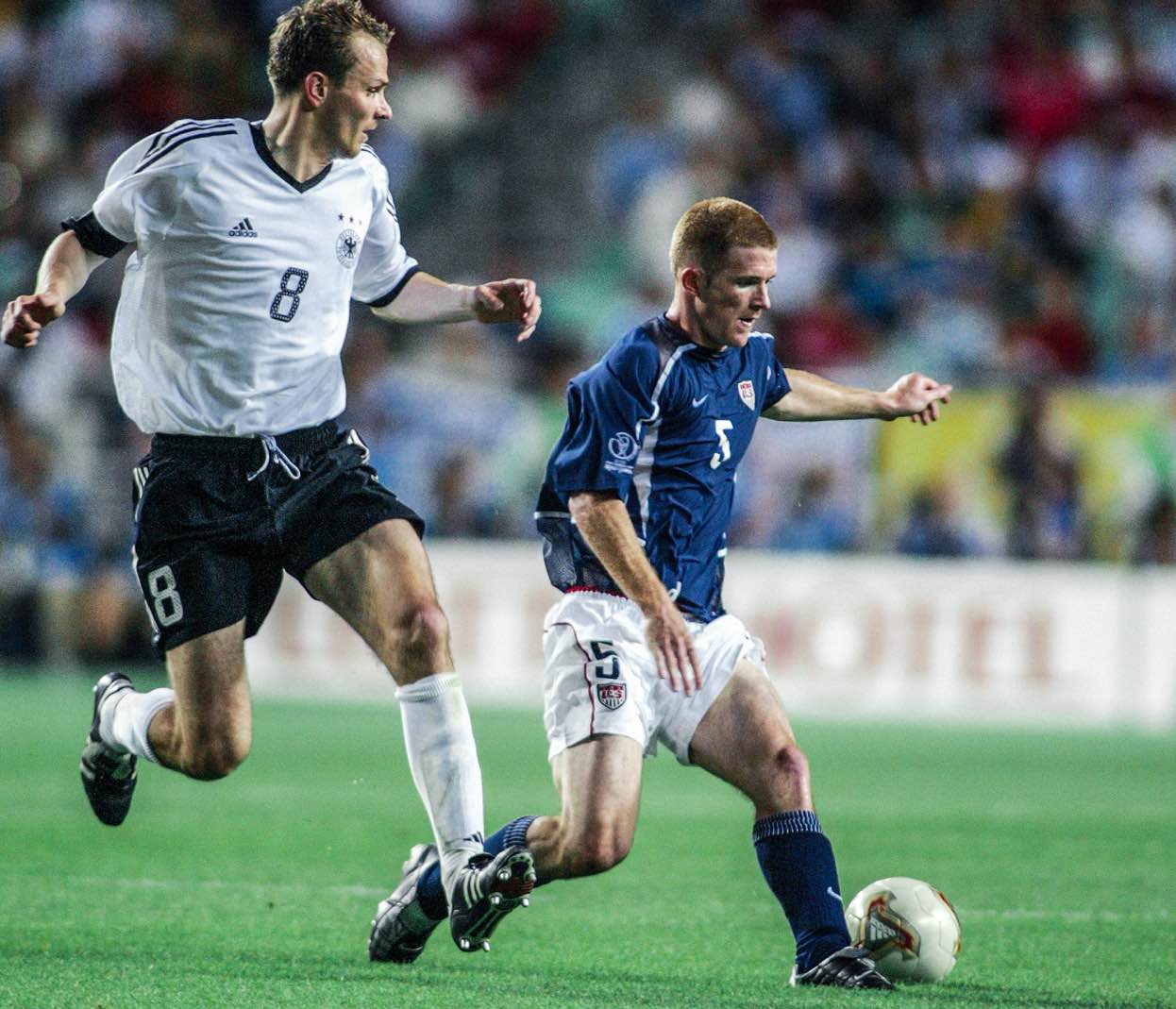 Away from the World Cup, he scored a vital late equalizer in the USA’s 2-1 semifinal win against Honduras leading to the another Gold Cup title in 2005. He also made his mark with the U-23s, playing a vital role for the Americans in their surprising fourth-place finish at the 2000 Summer Olympics.

It seemed that if there was an important USA game, O'Brien was in the middle of it making an impact, whether he was an attacking or defensive midfielder.

While currently in self-isolation with his family - wife, son and in-laws - at his home near Boulder, Colo. last week, O'Brien gathered a group to watch U.S. Soccer’s rebroadcast of the USA’s 2-1 win against Jamaica in 2001 that clinched a spot in the 2002 World Cup. 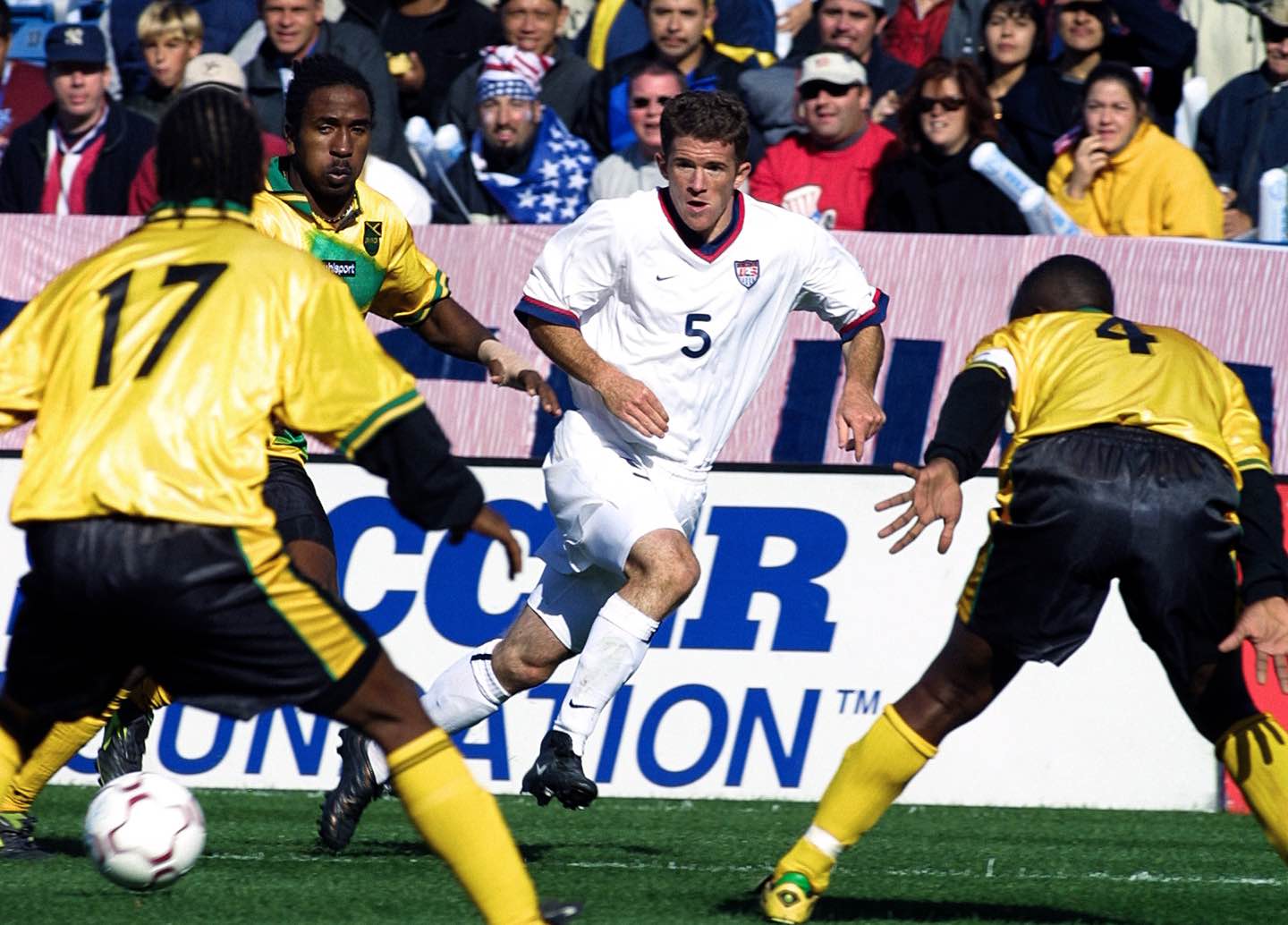 "It was really fun to watch the game with my son," he said. "It was something cool to do when we were all in quarantine to relive that moment. It was great to experience that with family and friends."

As for those injuries, O'Brien called them "enormously frustrating."

"I don't know what else to say about that," he said. "I stopped playing when I was 29. That was my last game. I would have liked to have had five more years. During my career I had a lot of injuries and I missed a lot of games. I did not rack up a lot of caps. I played in important moments, which really felt good. Champions League when I was with Ajax, we did really well one season. The Olympics. Being at the 2002 and 2006 World Cups, which were really peak moments, which was great. But I didn't have the consistency I would have liked - and the longevity."

McBride, who experienced his share of injuries, realized it was more difficult for O’Brien.

"The injury side of it was always the tragedy," he said. "There's always the question of what if and I can't imagine how difficult it was for Johnny while things were happening because when he was healthy, he was just a phenomenal player."

After participating in the 2006 World Cup, O'Brien played one game for Chivas USA and then decided to call it a career at an age when midfielders are usually in their prime. 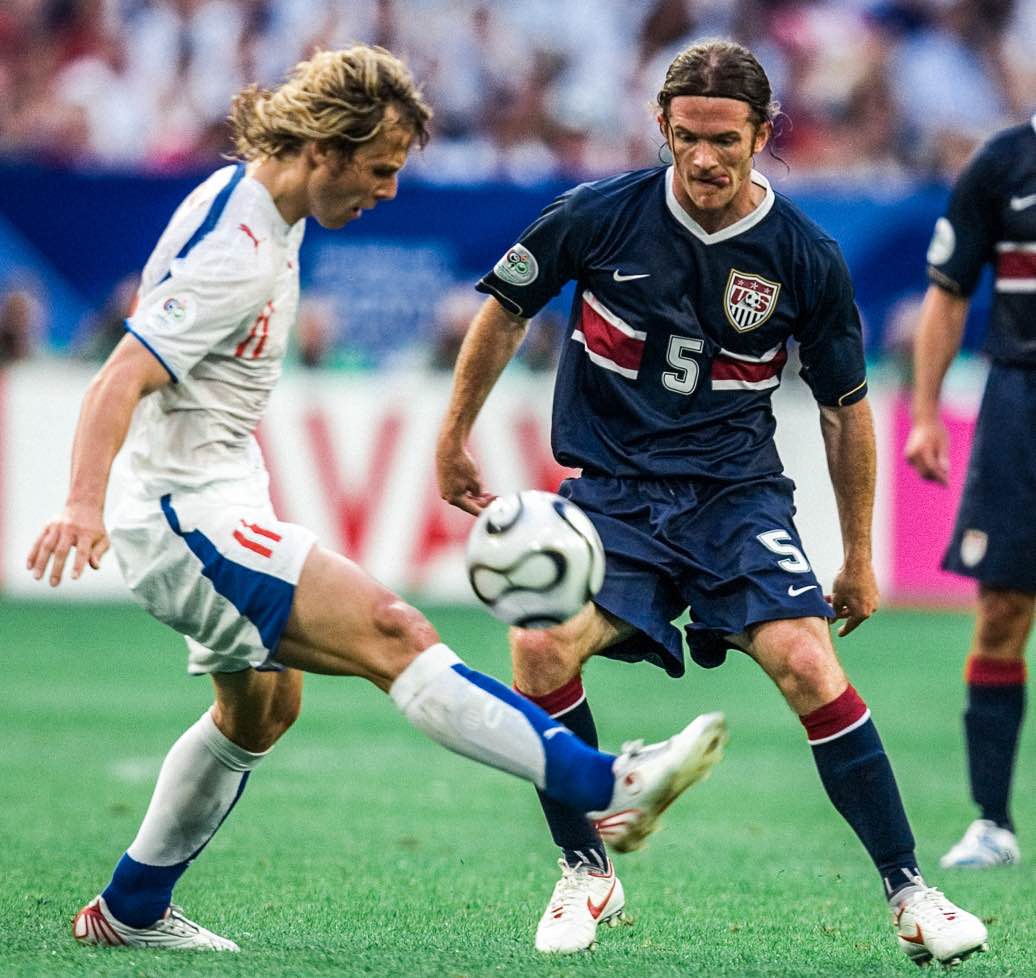 "That was a big transition," he said. "I felt like I just couldn't bring what I wanted to bring to the soccer field anymore through my injuries and having a lot of knee pain. And so, I wasn't excited about soccer. I was excited about other things. I still felt compelled to [play] soccer, still felt like I had [something] to give but at the same time the other part of me was just not practical. I was not getting that much positive feedback in the soccer environment."

Not only did O'Brien finally attend college, he earned multiple degrees. The 42-year-old recently received his doctorate in clinical psychology from the California School of professional Psychology in San Francisco. So, you can now call him Dr. John O'Brien.

"I'm really excited to work with athletes, among other people, around their mental health," he said. "That felt exciting to me and refreshing in areas where I knew I could grow and grow more."

McBride had no doubts about that.

"I think he's in a great spot, a great profession," he said. “You can see that passion to the understanding, just shines through. I'm really happy for him."