Weston McKennie: “Our group is so close together … it’s something I haven’t experienced in a long time.”

Coming up on the end of his third full season with German Bundesliga side FC Schalke 04, midfielder Weston McKennie was one of the first U.S. players to return to action as the league resumed play last weekend.

Unfortunately for Schalke, they didn’t have their best day at the office in the team’s 4-0 Revier Derby defeat to rivals Borussia Dortmund. Following the match, McKennie joined ESPN FC’s “Banter” and gave insight into some of the adjustments for matches being played amid the COVID-19 pandemic, something the rest of the world will experience moving forward. 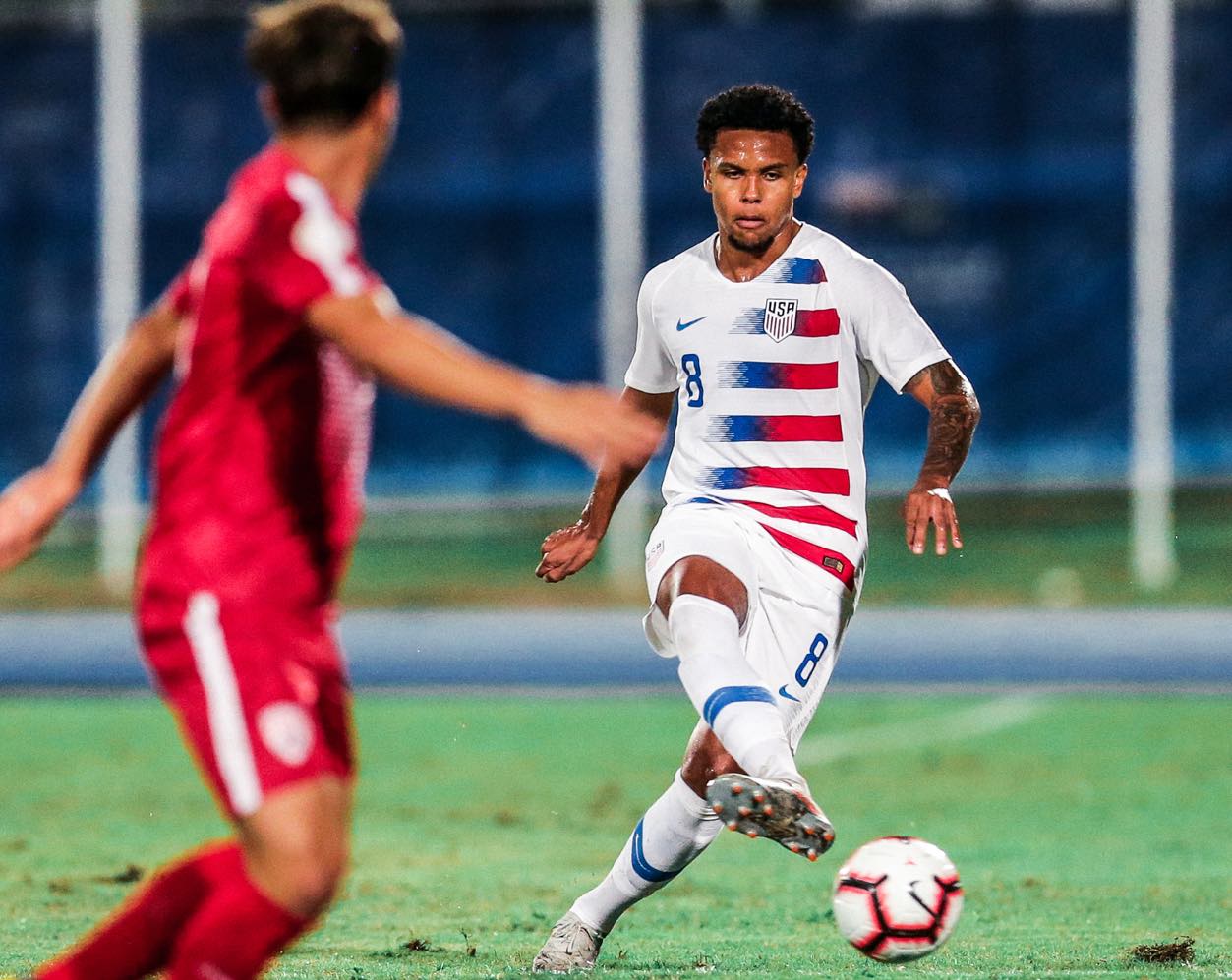 “It was awkward. It felt like soccer, but it didn’t feel like soccer at the same time,” he told former U.S. international Taylor Twellman. “No fans, not really an atmosphere. You kind of have to depend on your self-motivation and self-drive to really give your 100 percent in the game.

“I guess going into the game it was awkward a bit. We had to wear masks – if you’re sitting on the bench, wear a mask. Go warmup at different times. Go out for warmups and there’s no fans. You hear every voice and echo in the stadium. You hear a ball get kicked, hear a ball drop to the ground. You hear everything,” he continued.

While National Team matches remain on hold, players and the USMNT coaching staff have stayed in touch through different means of communication during the last few months. With the pandemic having forced the cancellation of the March and June national team camps, those touchpoints have been a substitute for USMNT head coach Gregg Berhalter and his staff cultivating a feeling of family among a young group whose eyes remain set on qualification for the 2022 FIFA World Cup in Qatar.

As the group continues to grow, there has been a question about the team’s developing identity. McKennie indicated that the team’s identity is more about the whole than the sum of its parts.

“Whenever I think of the National Team, I think of the collective group – that we know what we want to do, we know the type of players we have, and everybody knows what they have to offer, what we can do and everyone knows our abilities. When they say it’s a lack of identity, I don’t agree with that at all either. Our group is so close together, and so molded together and understand each other so well, it’s something I haven’t experienced in a long time.” 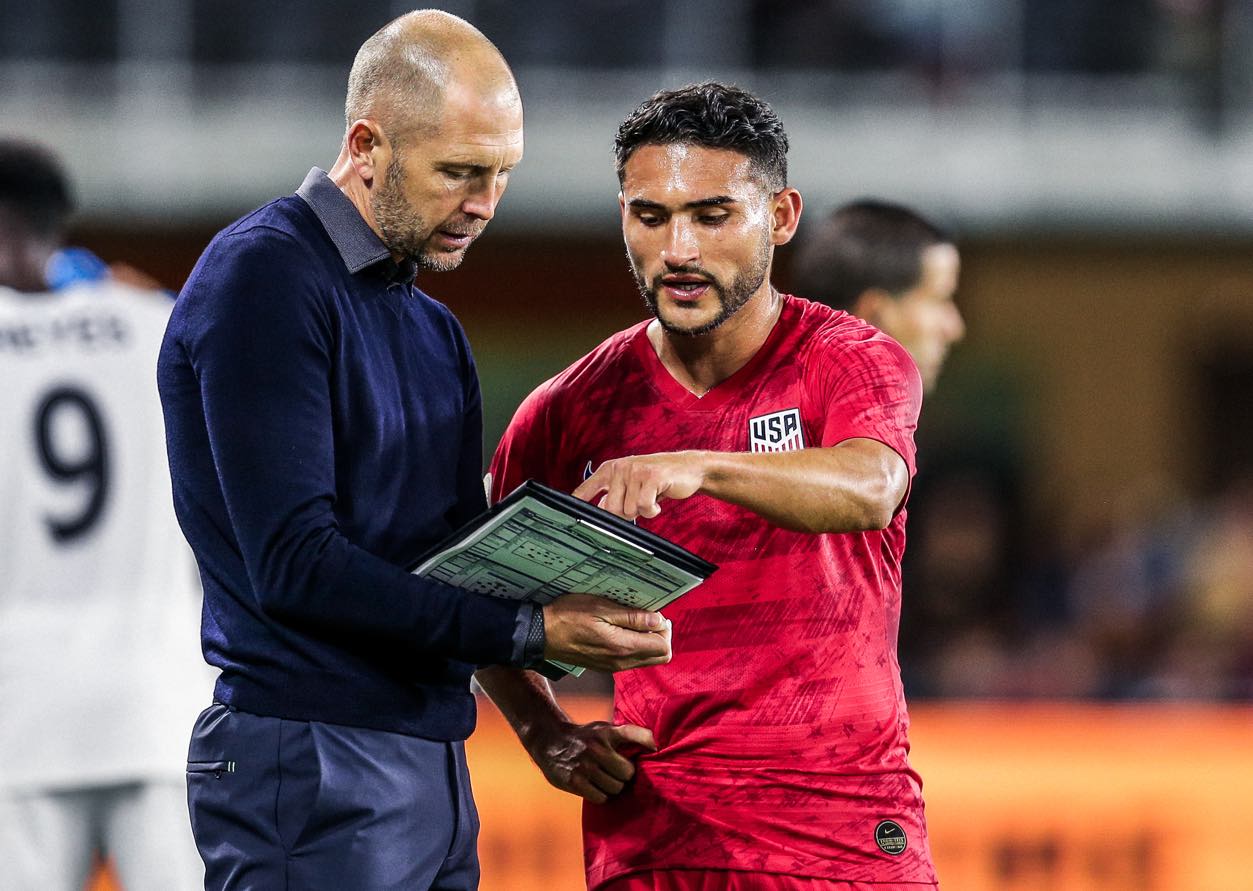 To illustrate his point, he gave a nod to a teammate and rival for playing time in the midfield.

“Cristian Roldan is a good example,” McKennie added. “He doesn’t start many of the games, but the thing is, the games I have played and started on the national team – he is such a team player. I’ll come in at halftime and he’ll leave his spot, come sit down next to me and tell me things like, “Wes, if you can open up to this pocket here, you’ll be able to get the ball more because they’re closing that midfield down.’”

“That’s probably the biggest team player I’ve ever met in my life.”

McKennie should be back in action this weekend as Schalke hosts Augsburg on Sunday at 7:30 a.m. ET (FS1). Watch his full interview with Taylor Twellman below:

Banter with @TaylorTwellman returns this week with a jam-packed show.@WMckennie stops by to talk about Bundesliga's return to action and playing in front of no fans.https://t.co/ZKVB8GqtIW