When they heard they weren’t going to the Moscow Olympics in 1980, the U.S. players were stunned they wouldn’t get to participate in the Summer Games due to President Carter's boycott.

They had endured a sometimes-wild rollercoaster ride through eight qualifying matches, getting eliminated and even recording a rare victory in Costa Rica. They also made financial sacrifices, playing as amateur players on professional teams. And now the rug had been pulled out abruptly from under their legs.

"Not going to the Olympics due to the boycott was a massive disappointment," defender Ty Keough said. "Most of us had foregone at least some financial rewards in the near term to maintain our amateur status. More importantly, it would have been a tremendous honor and thrill to represent our country at a major tournament of such high stature."

Not surprisingly, team captain Perry Van Der Beck (below) had a similar reaction. 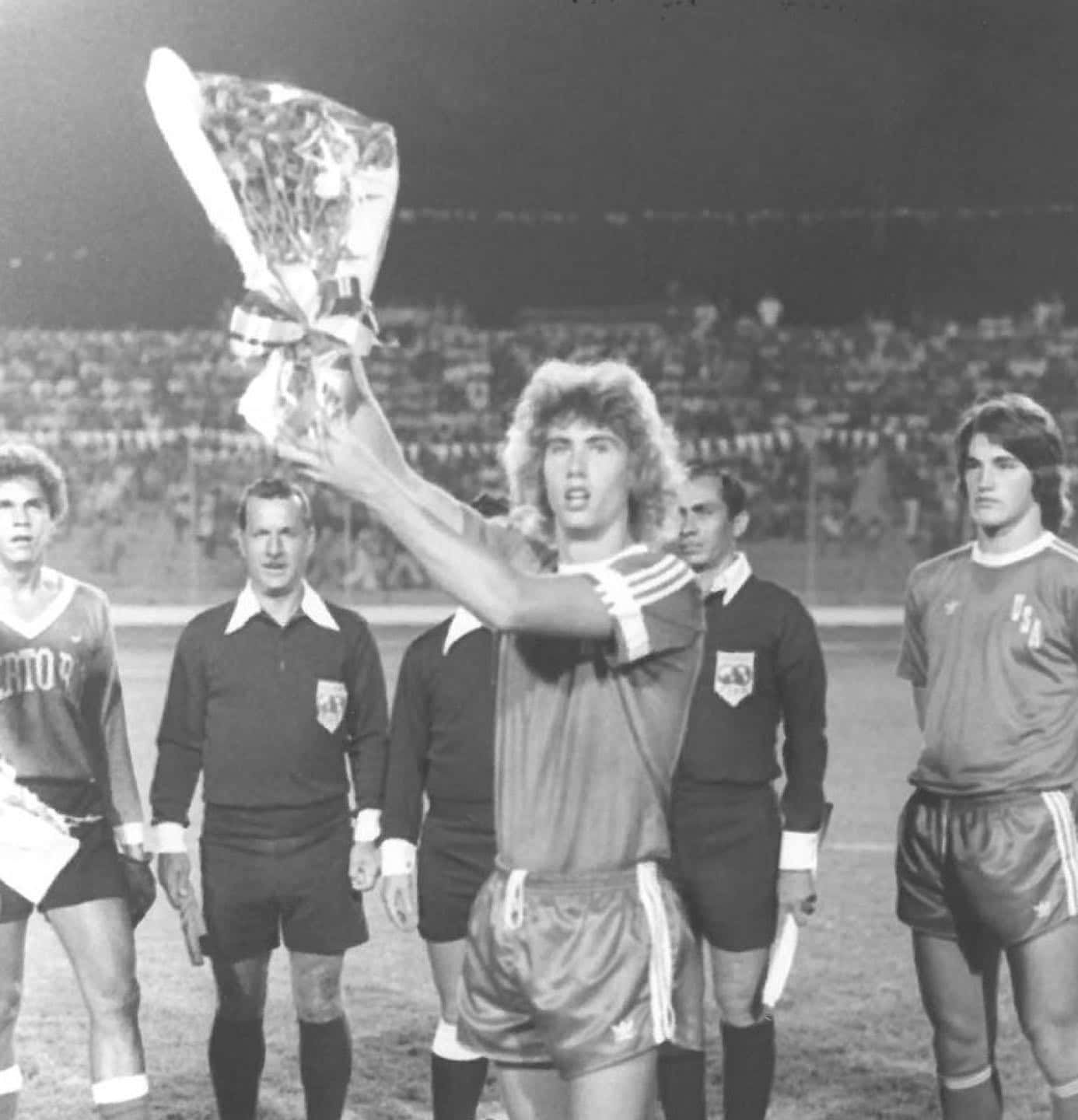 "When we found out, it was a letdown," he said. "It was very disappointing because having played through all of the qualifiers, now not being able to participate in the Summer Olympic Games that was the pinnacle for us as players, representing our country at the highest level at the Olympic Games."

Six other countries decided not to participate in the tournament - Ghana, Egypt, Malaysia, Iran, Argentina and Norway. Cuba replaced the USA as one of the Concacaf representatives, joining Costa Rica, and was placed in Group A with the Soviet Union, Venezuela and Zambia. Had there not been a boycott, that group would have consisted of the Soviets, Argentina, Egypt and the USA, which would have been one formidable quartet.

Only the top two countries went through, although the USA-Soviet Union confrontation would have been intriguing, considering what transpired at the Winter Olympics hockey tournament earlier in Lake Placid. The Americans stunned the Soviets in an epic confrontation and eventually captured the gold medal in what was called "Miracle on Ice."

USA players had no delusions of Olympic medals or a "Miracles on Grass." They just wanted to participate and represent their country. President Carter’s decision to boycott the Summer Games because of the Soviets’ invasion of Afghanistan changed all that. 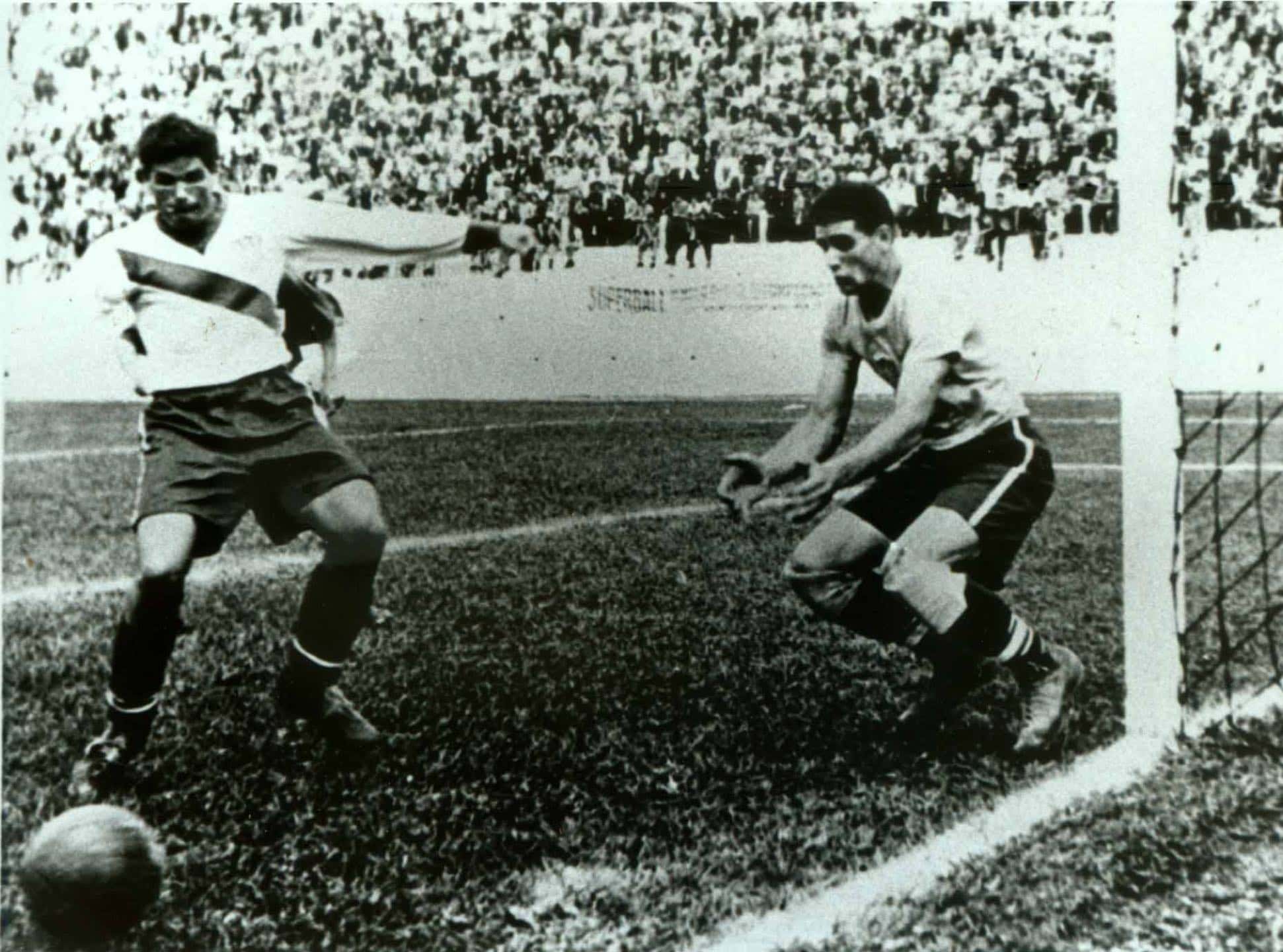 "I had heard his stories and saw all of his Olympic memorabilia," Ty said. "I probably had dreamt of being in the Olympics and marching in the opening day parade since I was five- or six-years-old. Who doesn't want to grow up to be like their dad?"

Keough, 23, already had begun a career with the Cincinnati Kids in the Major Indoor Soccer League and then with the San Diego Sockers.

Van Der Beck, 20, took a different path, but had similar aspirations. He was chosen second overall out of high school by the Tampa Bay Rowdies in the 1978 North American Soccer League draft. He was signed as an amateur; this was before the Olympic tournament became an Under-23 competition. Van Der Beck said he earned $50 a week, plus a per diem, while the team provided him with an apartment and a car. He also was director of the team camp, Camp Kick in the Grass, to make ends meet.

"To make that sacrifice, I had no problem, none whatsoever, because you're playing for your high school team and then you're representing your country," he said. "You deal with it. You've got to do what it takes because you already have made that commitment."

Just as the qualifying began, the U.S. thought it was finished, losing to Mexico in an aggregate-goals series by matching 2-0 scorelines - May 23, 1979 in Leon, Mexico and at Giants Stadium in East Rutherford, N.J. on June 3.

"We found out afterwards when they checked their passports that they used professional players," Van Der Beck said. "They had a strict rule at that time: amateurs only."

"When they were disqualified, it gave us a new lease which we were determined to take advantage of," Keough (below) added. 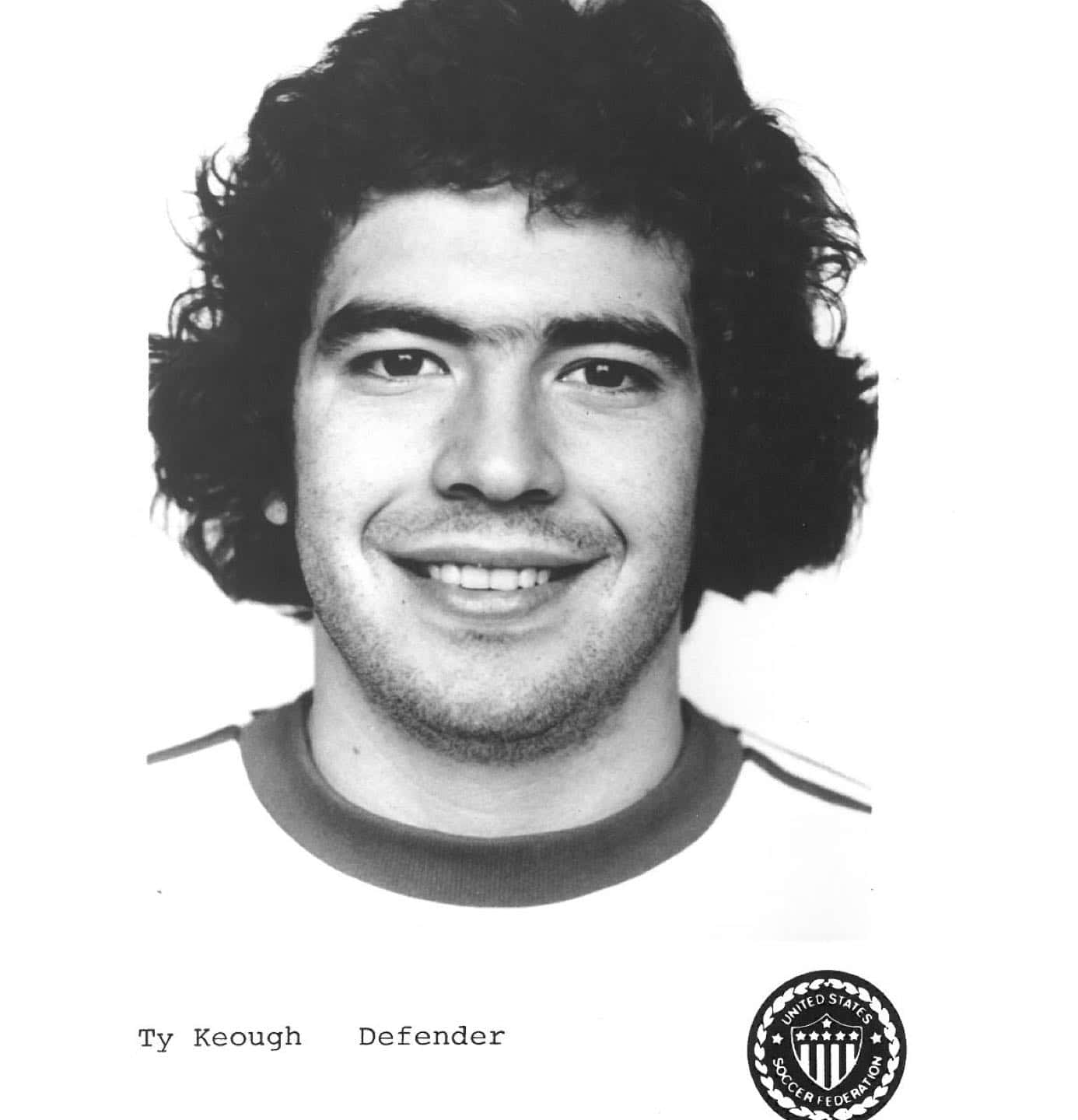 The Americans did. They rolled over Bermuda, 3-0 and 5-0. Next came a 2-1 victory over Suriname in Orlando, Fla., followed by a 1-0 triumph over host Costa Rica on March 20, a 1-1 draw with the Central Americans in Edwardsville, Ill. on March 25 and a meaningless 4-2 loss at Surinam on April 2 because the U.S. had qualified already five days prior.

The USA’s win over the Ticos at their old National Stadium, where the new venue stands in San Jose, Costa Rica, was as rare as Haley’s Comet. Still, it was a difficult place to play because their fanatical supporters tried to make life miserable for the gringos.

"In San Jose, both our opponent and the crowd were surprised that we weren't intimidated by the raucous, intense atmosphere," Keough said. "We held our own, and for significant portions of the match outplayed them. We could not believe we were awarded the penalty at such a late stage, and in front of a full National Stadium." 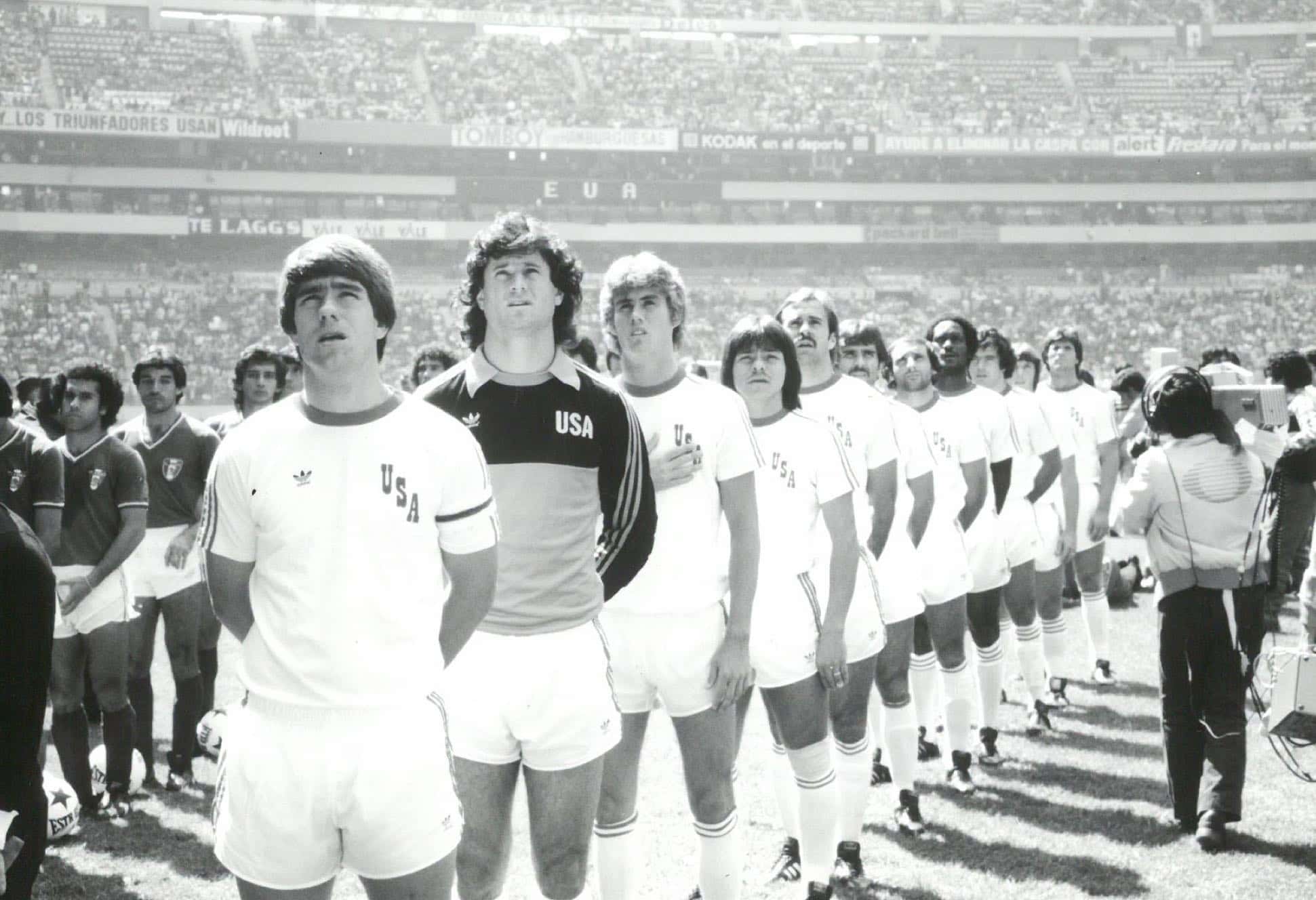 "We and the officials could not leave the field and make it to the locker rooms for an extended period of time because of the projectiles launched at us whenever we got close to the edge of the field. Eventually we made a run for it dodging bottles, bricks, and batteries," Keough said. "Once we made it in, we could hear an unfriendly crowd outside chucking rock and bricks onto the roof of the locker room.  We waited the better part of an hour and ran to our bus. No security to be seen and the now smaller crowd began rocking the bus. We pulled away with most of us ducking under the seats. It was a big party in our hotel that night because we had survived."

To appreciate the accomplishment, consider this: the senior USMNT has never won a World Cup qualifier in Costa Rica, registering a 0-10-1 mark.

Van Der Beck, who played in seven of the eight qualifiers and represented the full national side 14 teams, had plenty of experience playing in Central America and Mexico. So, he understood why the team wasn't always treated with respect.

"I'm not one to slam other countries. I have respect," he said, "But playing in Central America, there's hostile environments. They see the United States as being a superpower. And they say, 'You know what? There's one thing we're better at and that's soccer' and they take pride. None of our players got injured. You're approached at the hotel. You're approached going to the games. They play these little tricks on you where they divert the bus, anything they can do to affect your mentality. Coming out of there with a 1-0 victory was huge. Any time just to get a point. Going back to the hotel, the players being ecstatic … you would have thought we had qualified back then.”

On March 20, the boycott became official, but the team kept on playing, recording a 1-1 draw with Costa Rica to qualify. Ebert scored again at Southern Illinois-Edwardsville, 27 miles from St. Louis. 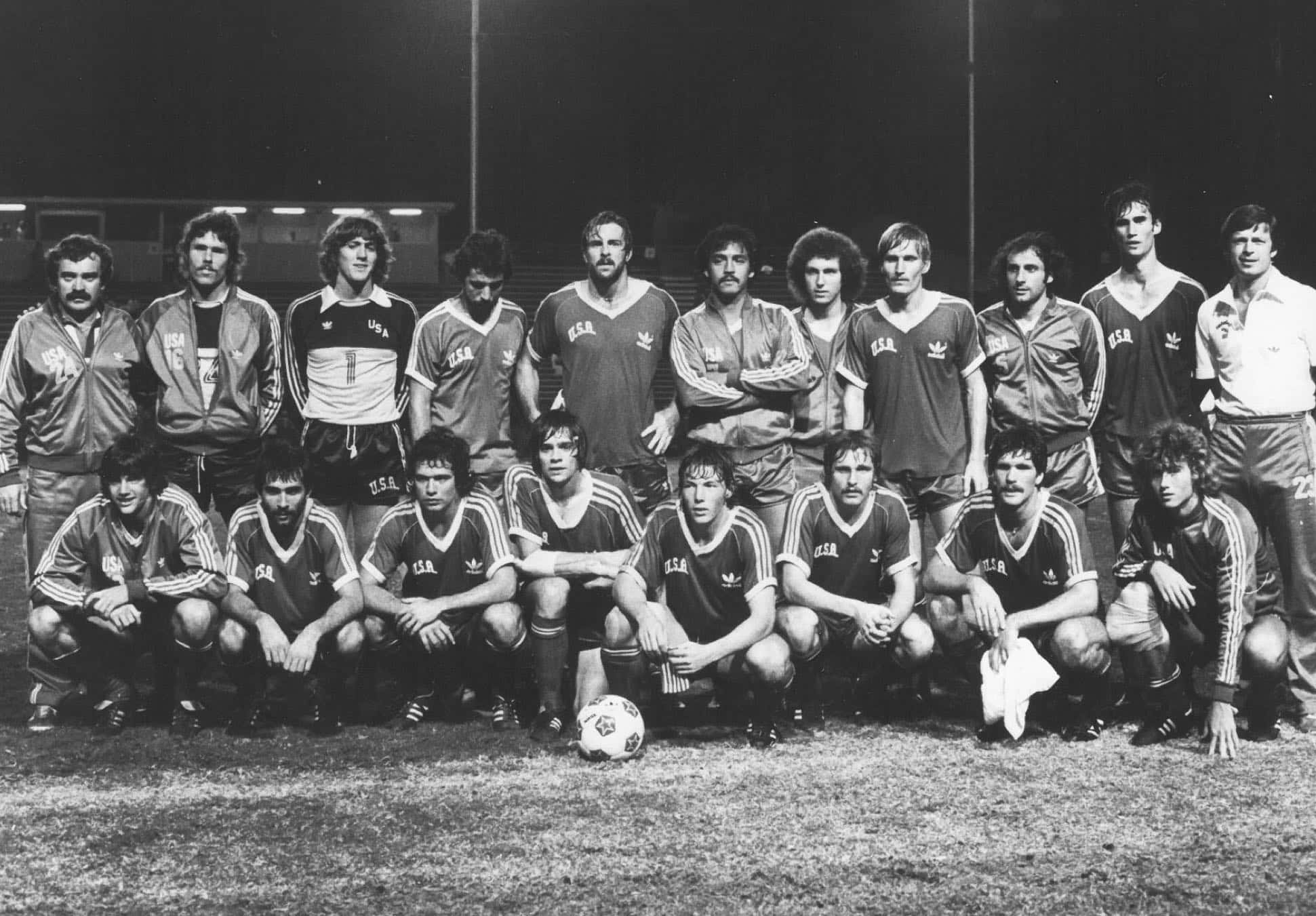 That was a big deal for Van Der Beck, Keough, Ebert and several other St. Louis natives who were performing in front of friends and family. "It's almost like we're playing a home game for ourselves in St. Louis because that's where we grew up and played," he said. "Earning that berth was exciting and special."

Keough hoped for a reversal, saying he had "a slim hope because we were told that perhaps the decision was not final, and could be rescinded."

His wish was not granted.

While the Moscow Summer Games were being played, the 461 U.S. Olympic athletes did receive a medal - from the U.S. during a White House ceremony July 30, 1980. They were Congressional gold-plated bronze medals that said:

United States Olympic team (with the U.S. Olympic Committee crest in the middle)

"I went up there during the midweek because I didn't have a game," Van Der Beck said. "That weekend I was coming back and playing for the Rowdies in front of 30,000. So, that's how I was able to divert my anger and just suppress it. It never goes away. They gave us medals. It is what it is. That was meant for being on the team."

Beronda brought a camera and took photos. "We're on a podium. We're shaking hands with the president and I'm introducing the players," Van Der Beck said.

Later, while the athletes and officials were hanging out on the lawn, Van Der Beck noticed Carter heading back to the White House.

"I called him. I went over and shook his hand," he said. "I put my arm around the president of the United States and Alfredo took a picture. And you can see in the picture one of the security guys looking towards me. How many people get that opportunity?" 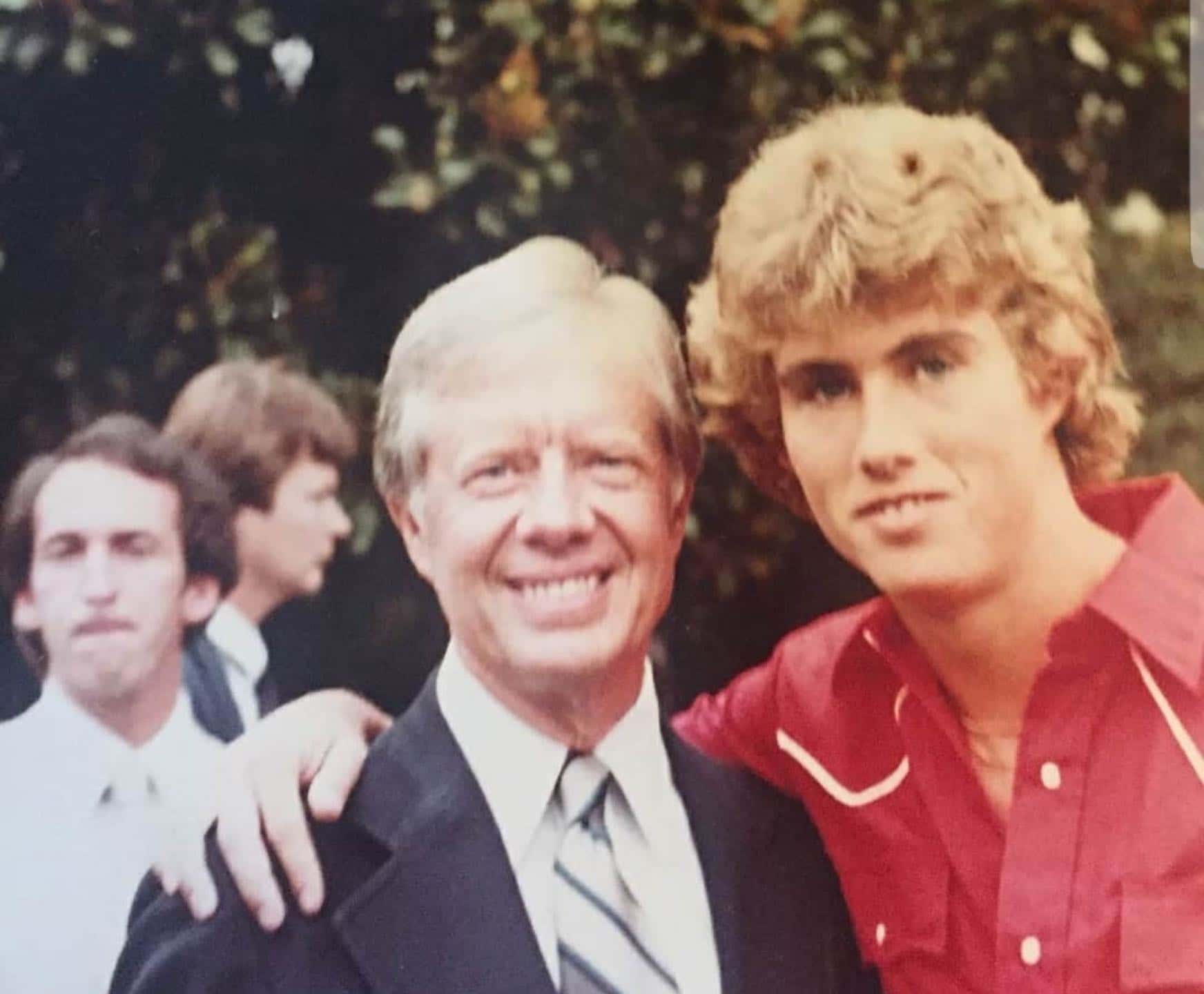 Like it or not, Van Der Beck and his teammates have been reminded of the Olympics hurt over the years.

"Even to this day, because of my bio being on the Olympic team, I still get recognized," he said. "You're doing school appearances because you’re playing for a professional team. There is a mention that you played for the 1980 Olympic team. Well, how was that? Well, we qualified but we didn't actually [compete]. You've got to explain it because the younger generation didn't understand it because it was 40 years ago."

Still, Van Der Beck realized some athletes had it much worse than he and his teammates. He mourned for the ones that missed their big shot at glory through no fault of their own.

"Unfortunately, the unprecedented convergence of sports and politics at that time, I think damaged a lot of athletes' career," he said. "Take those sports like swimming, track and field and volleyball. Every four years they'll compete against the best in the world. So, now they have the opportunity to compete in the Olympics. That's their pinnacle. For them not to have that opportunity - and yeah, I was disappointed, yeah I was let down - but how I was able to divert that was because being able to fall back on having a professional career." 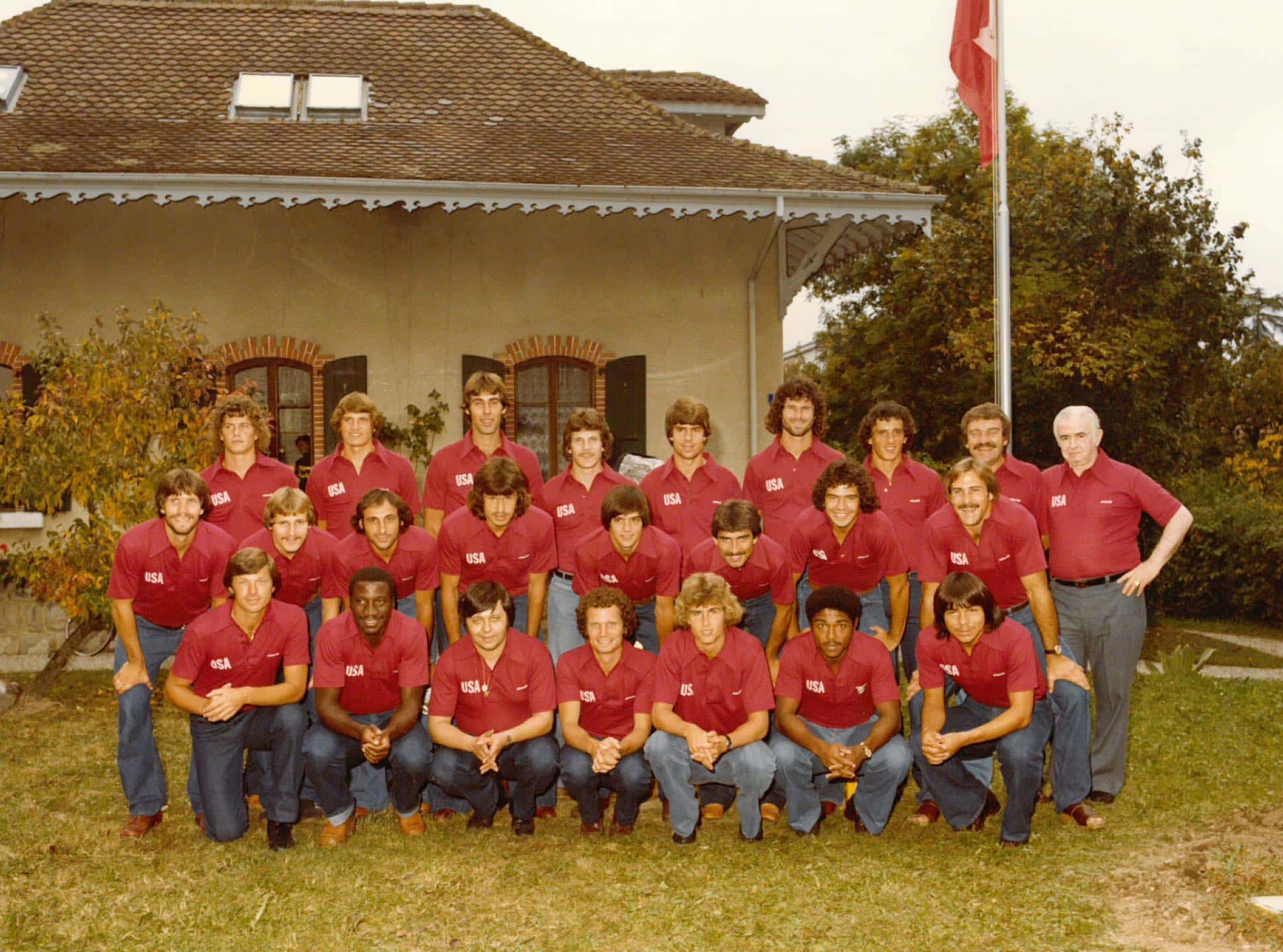 Keough, 63, who earned eight USMNT caps, performed with the St. Louis Steamers and Kansas City Comets before hanging up his boots for good in 1986. He coached Washington University (1986-97) and became a TV soccer commentator for TNT, ESPN and ABC (1990-2002). Keough today helps to coach two youth teams for Sporting St. Louis.

Van Der Beck, 60, enjoyed a 20-year career in outdoor and indoor soccer, retiring at 38 after playing with the St. Louis Ambush in 1997. He also coached (Tampa Bay Terror, Tampa Bay Mutiny and Tampa Bay Rowdies), worked for the United Soccer League and now is the technical director of Oldsmar Soccer Club.

But like every athlete on the Olympic team, the hurt and disappointment of not representing the U.S. in Moscow will be with them forever.