Arriola Makes His Mark in USMNT Return, Looks Ahead to Action-Packed 2021

Wednesday night certainly didn’t look like Paul Arriola’s first start in nearly 10 months. After a long road to recovery from a torn ACL, the forward picked up right where he left off with the U.S. Men’s National Team. As the most experienced player on an exceptionally youthful December roster, Arriola helped lead the charge on the front line in executing an aggressive high press and relentless attack from his spot on the right wing.

In the 17th minute, his efforts resulted in the game’s opening goal, a breakthrough that would spark a five-goal outburst in the span of just 10 minutes and lead to a 6-0 victory against El Salvador in Ft. Lauderdale, Fla.

Man on a MISSION!
In his first start since returning from ACL surgery, @PaulArriola gives the 🇺🇸 an early lead!#USAvSLV pic.twitter.com/hmOBhDTeyL

“It's always an honor (to play for the National Team).” Arriola said. “I'm continually saying that, especially now after the tough year that I had with injury, but tonight was special. We were able to really set the tone early, and for me that was a big key. The goal was just the icing on the cake. Everything else was more important than the goal itself. Just to be able to come back and play when at the beginning of the camp I'm thinking, ‘I don't know if I'll be used, I'm here to continue my process through the end of rehab,’ but I was able to put in a good performance tonight.”

Arriola has served as a key figure on the National Team under head coach Gregg Berhalter. In February, the D.C. United attacker drew the penalty that resulted in the USA’s 1-0 win against Costa Rica. This time around, he helped ignite the USA’s first-half offensive eruption.

While Berhalter feared that Arriola would miss a number of significant matches for the USMNT in 2020, delays due to the COVID-19 pandemic and the forward’s tireless work ethic ensured that he made a major impact in both of his opportunities with the National Team.

“I've been a part of this group for a few years now. We really ask a lot of each other and the staff asks a lot of us,” Arriola said. “All we can do is go out there and try and execute our plan and really win a game. For me, all I can do is show up to each camp just like everybody else and try and perform to our highest ability.”

With 33 international appearances to his credit, Arriola entered the December training camp as the team’s most-capped player. His experience stood out even more in a Starting XI that featured six players who represented the USMNT for just the first or second time. Of the six goals and six assists on the evening, eight came from those six players. 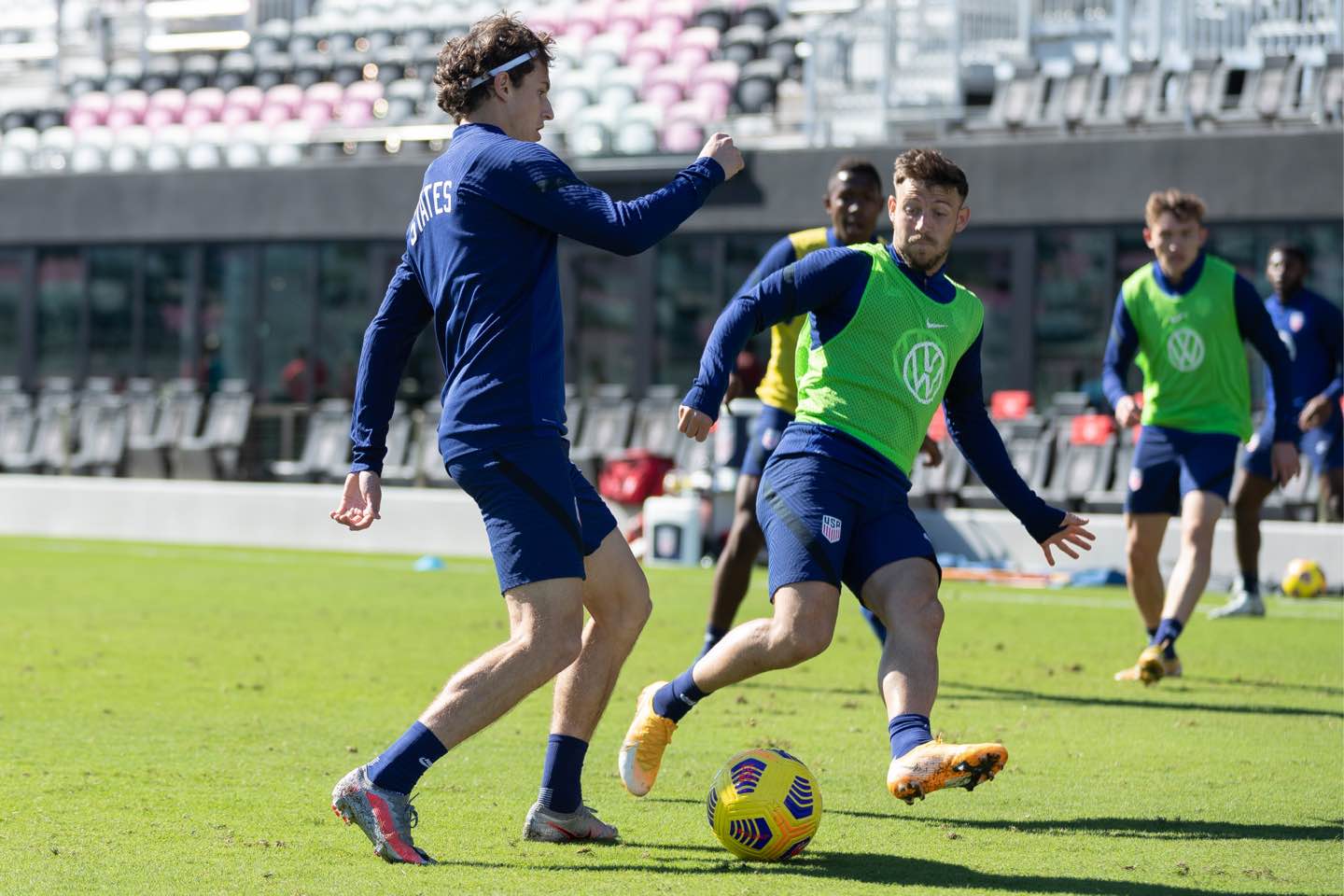 “All of these guys showed so much and obviously they all deserve to be here,” Arriola said. “Throughout the whole camp, the willingness to learn and the willingness to adapt was spectacular. I think the takeaway, not just the goals and not just the result, is the way that we did it. If you've been around U.S. Soccer for the past couple of years, you know that we try and play a certain way. Everyone has their own roles. That's the one thing that really stood out for me from all these MLS guys, especially the young guys, is that they come in and are able to accept that process it and execute it.”

The U.S. prospects on display Wednesday night served as another indication of the rising tide of American talent worldwide. After big performances by USMNT players in Europe this week and on the field against El Salvador in Florida, playing time will come at a premium next year. Arriola welcomes the challenge of fierce competition for spots.

“The level is clearly raising and that's what you want on a National Team,” Arriola said. “That's what you want to see your national team doing, having guys fight for spots, really having to make their mark to stay a part of it. Everyone is really trying to raise to that level. Tonight, we saw a lot of guys doing that and hopefully leading into next year we'll continue to do that.” 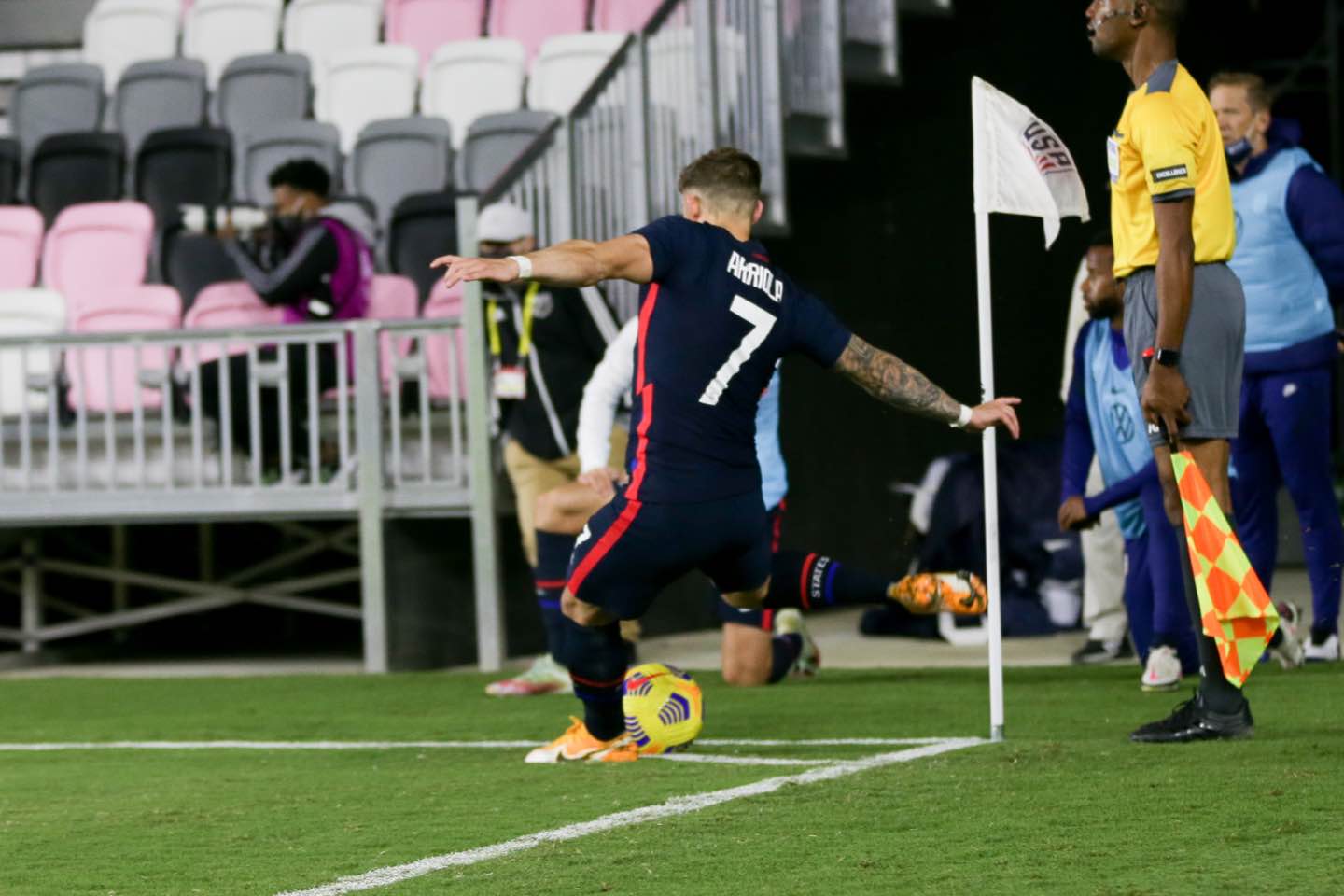 The match against El Salvador provided one more opportunity for some of the USA’s brightest up-and-comers to show out against international competition, but also as important preparation. The USMNT could potentially face El Salvador as an opponent in World Cup qualifying, the USA’s most important competition in a jam-packed 2021 schedule. One of the few players in camp that participated in the last round of qualifying, Arriola can’t wait to get started.


“That's the path to the World Cup and that's obviously our main goal. I'm extremely eager,” Arriola said. “It's hard to replicate going down to Azteca and playing in a qualifier there or all these other countries, but I think even today that (showing) the killer instinct is a great step for us- to continue to not let up, continue to try and go at them. This could be World Cup qualifying and we need to just be able to execute and not take our foot off the pedal. It’s going to be a great year for us next year and I’m really looking forward to it.” 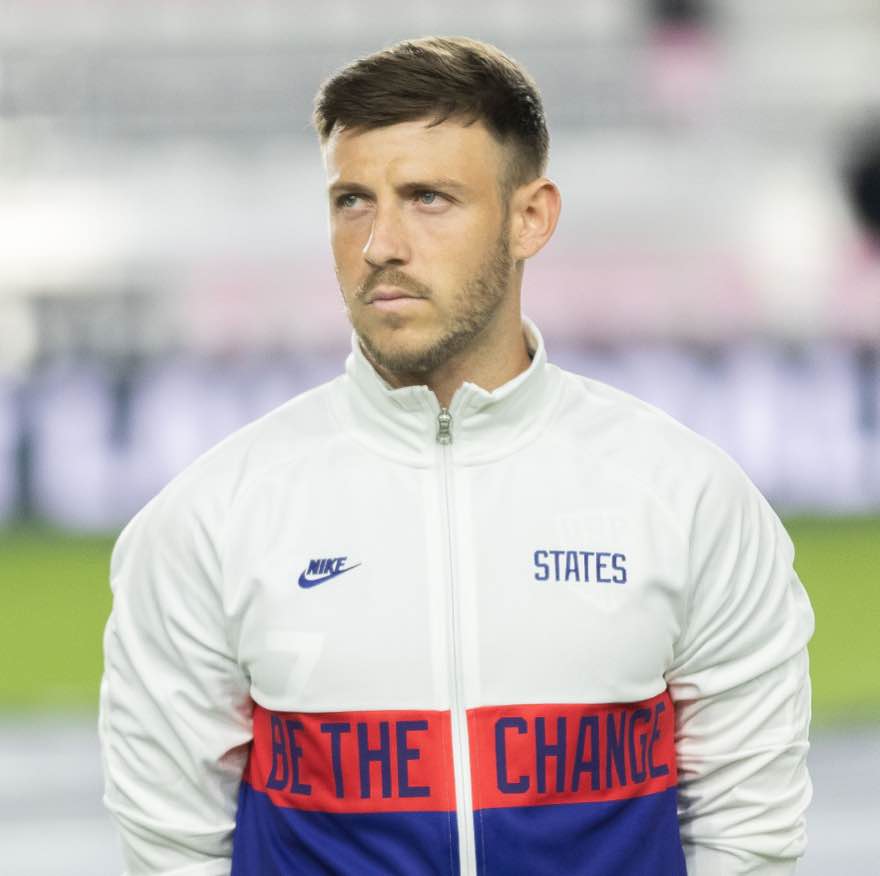