Even after a superlative 1995 season in which she led her team to the NCAA Division I final and captured two college player of the year awards, Shannon MacMillan thought her soccer career was kaput.

The heart-broken and tearful 21-year-old forward walked into the office of University of Portland head soccer coach Clive Charles. MacMillan was distraught that she was not selected to attend U.S. Women's National Team residency camp for the 1996 Olympics.

"I wasn't quite ready to give up soccer," she said. "I was completely devastated, and I got on the first plane back to Portland and I went right to Clive's office and bawled my head off forever."

Charles then gave her some sage advice. 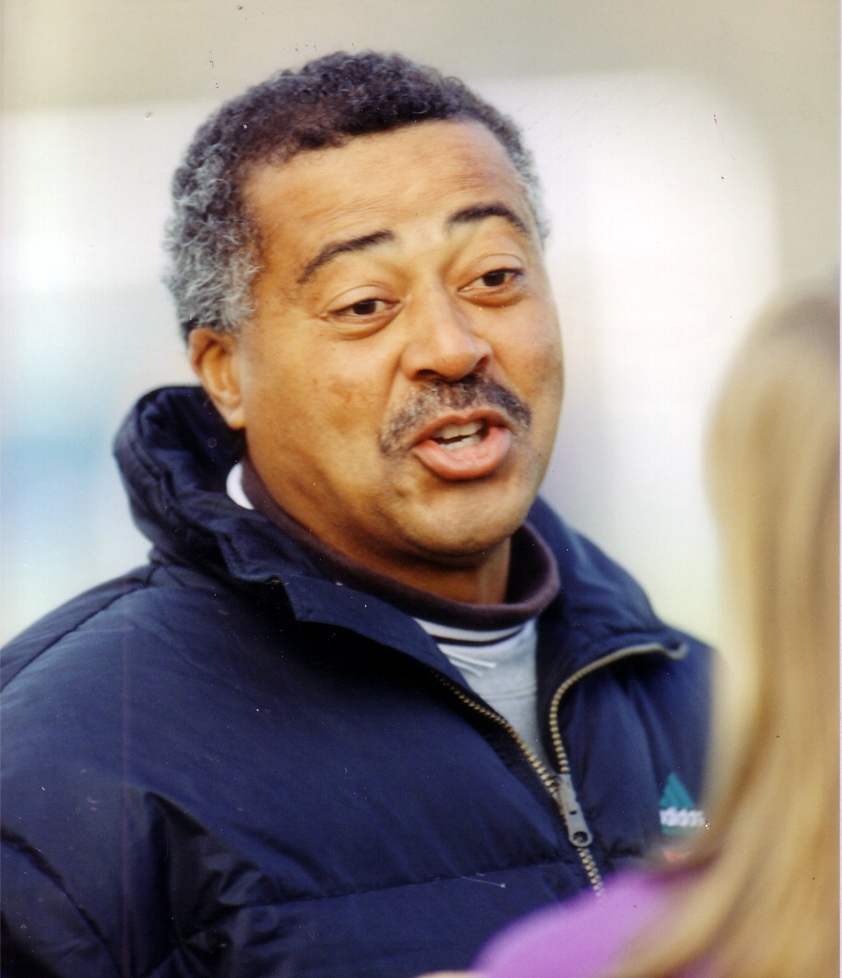 "He just looked at me and said, 'Okay, it's 2:30. I'm going to see you tomorrow at 2:30. I'm going to start kicking your butt harder than ever.' And I looked at him. 'What are you talking about? I didn't make residency. The Olympics in '96 was only a 16-player roster. You know, they still have to cut eight to 10 players from the roster.’

"He just said, 'Look, you will have an opportunity. What's going to make the difference is are you going to be ready for that opportunity or are you still going to be feeling sorry for yourself. So, I'll give you 24 hours to mope and feel sorry for yourself.' I left his office going, 'Oh my God, Clive's lost his mind.' That next morning I woke up and really processed what he said. I realized this guy's never gone wrong by me. I took the leap of faith and went out there and worked twice as hard."

In February, the opportunity that Charles said would come, did. MacMillan and several other players were brought into camp to compete for a roster spot and the rest is Olympic and USWNT history. She scored several vital goals – including a “golden goal’ in the dramatic semifinal victory against Norway -- as the Americans won the first Olympic women's soccer gold medal. MacMillan would also go on to be a key member of the 1999 Women's World Cup championship team, earn 176 caps, score 60 goals and be inducted into the National Soccer Hall of Fame. 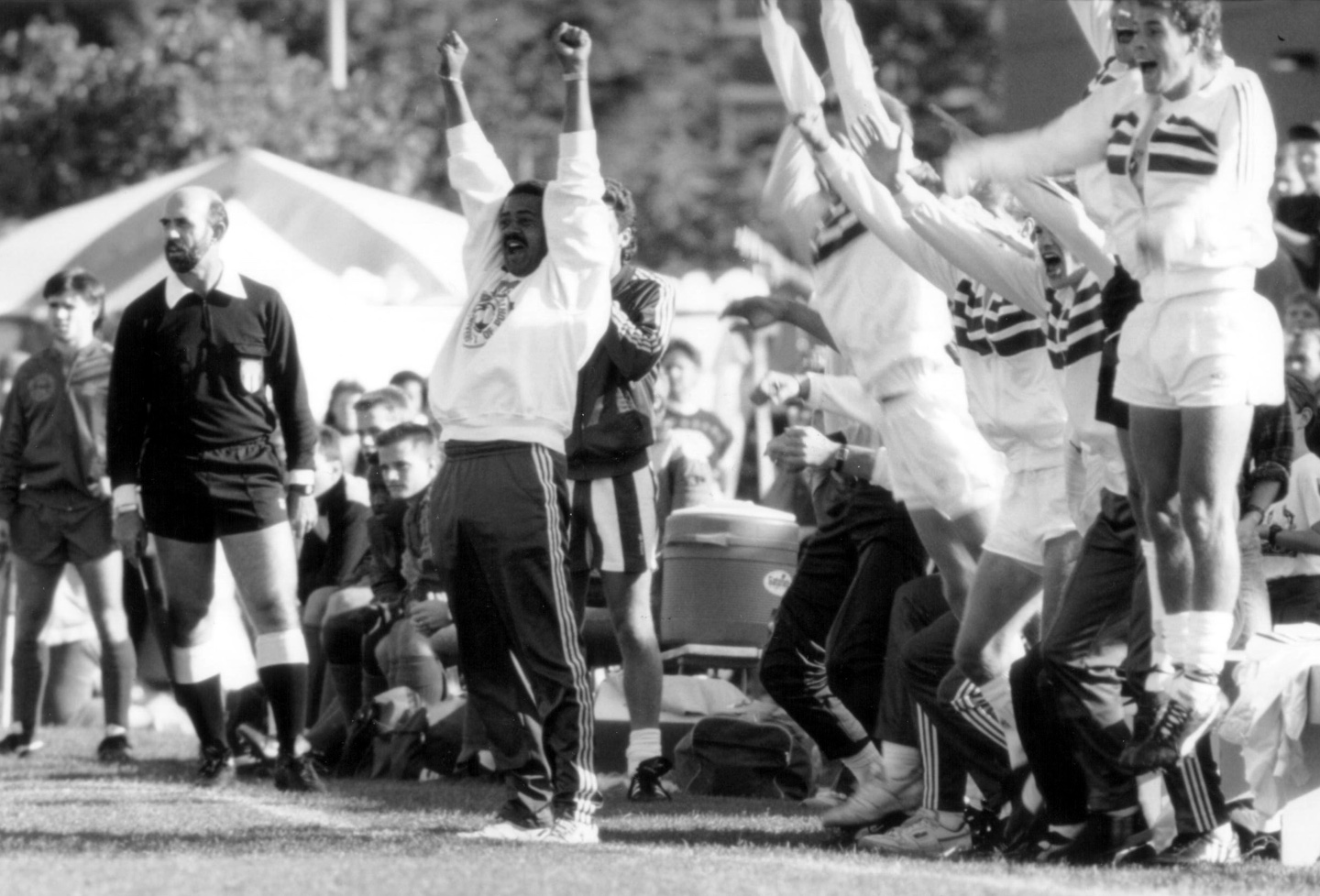 "I went up to the University of Portland, a very shy timid person in general, and didn't really know how good I could be on the field," MacMillan said. "He taught me that it's okay to be confident and a strong, powerful female."

Charles, who passed away after a three-year battle with cancer in 2003, a death that brought sadness to all corners of the U.S. soccer community, such was his impact on so many, had a profound effect on numerous college players who would go on to have major impacts on the game in the United States.

The winning success in Charles’s career, while incredibly impressive, don’t do justice to his true impact. He directed Portland men's and women's teams, guiding the women to the 2002 Division I championship. He compiled a combined 429-144-44 record while securing 13 conference titles, 20 NCAA tournament berths and seven Final Four appearances. 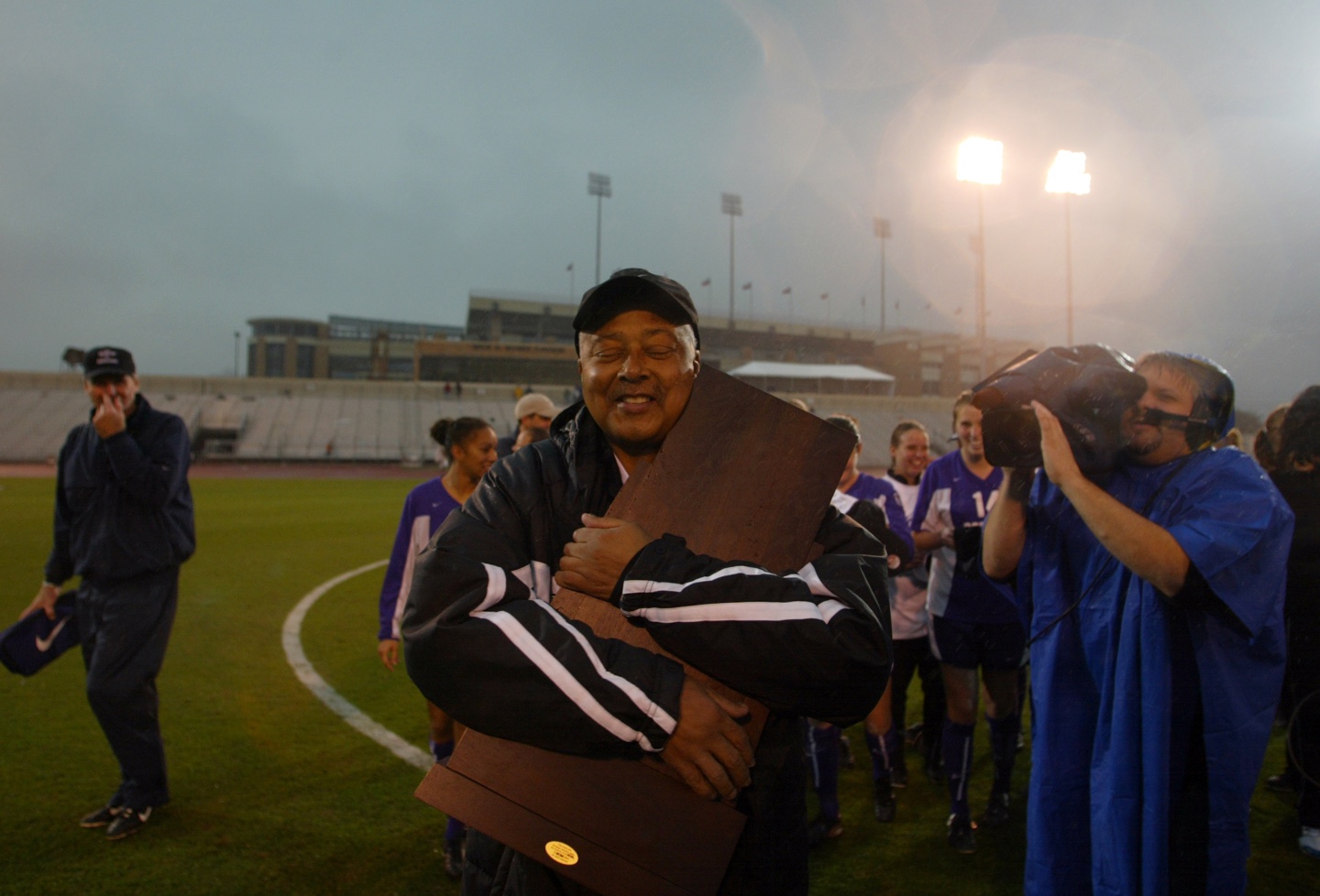 But he also helped mold some several players for the U.S. National Teams: MacMillan, Tiffeny Milbrett and Michelle French for the women and Kasey Keller, Steve Cherundolo and Conor Casey for the men, among others.

Cherundolo, who represented the USA in three FIFA World Cups and forged a reputation as an outstanding right back for Hannover 96, called Charles "a father figure."

When he was recruited, Cherundolo said Charles told him that "honesty and being on time are extremely important values to him and his program.” 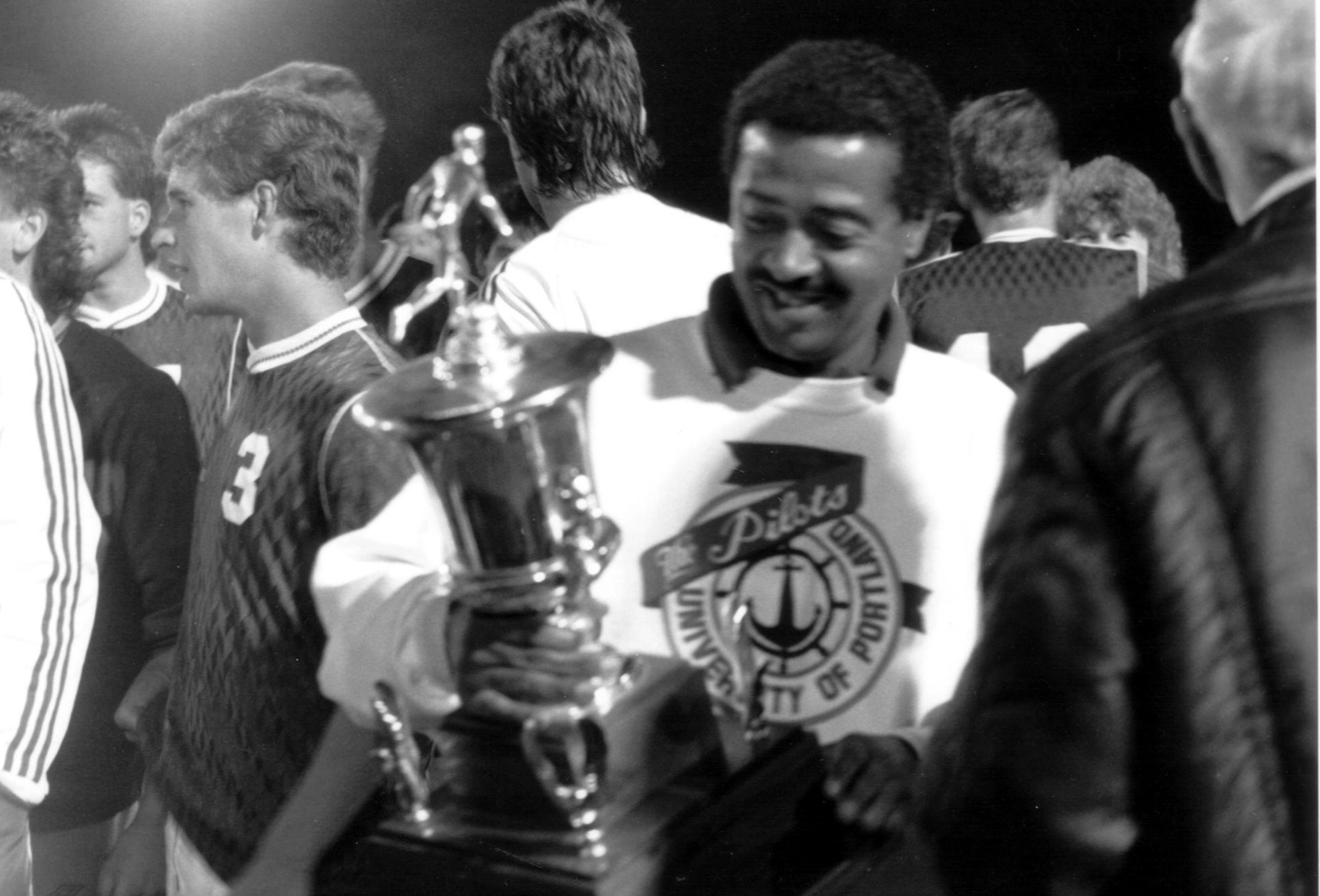 "As soon as I arrived, I found nothing less. It was something that helped me at that stage of my life,” he said. “As a young man, he helped me learn how to deal with responsibility at a different level. He was essential in my development in becoming a professional and was essential in developing me into a human being to be able to handle what came my way a year and a half later when I moved here [Germany] at 19."

Cherundolo made 302 Bundesliga appearances for Hannover 96, the most of any USMNT field player in one of the big four, top-flight European leagues.

Charles had a 13-year playing career with West Ham United and Cardiff City in his native England, the Montreal Olympique and Portland Timbers in the NASL and Pittsburgh Spirit and LA Lazers in the Major Indoor Soccer League. His experiences helped him develop into a master tactician as a coach, and just as important, learn how to manage players with different personalities. 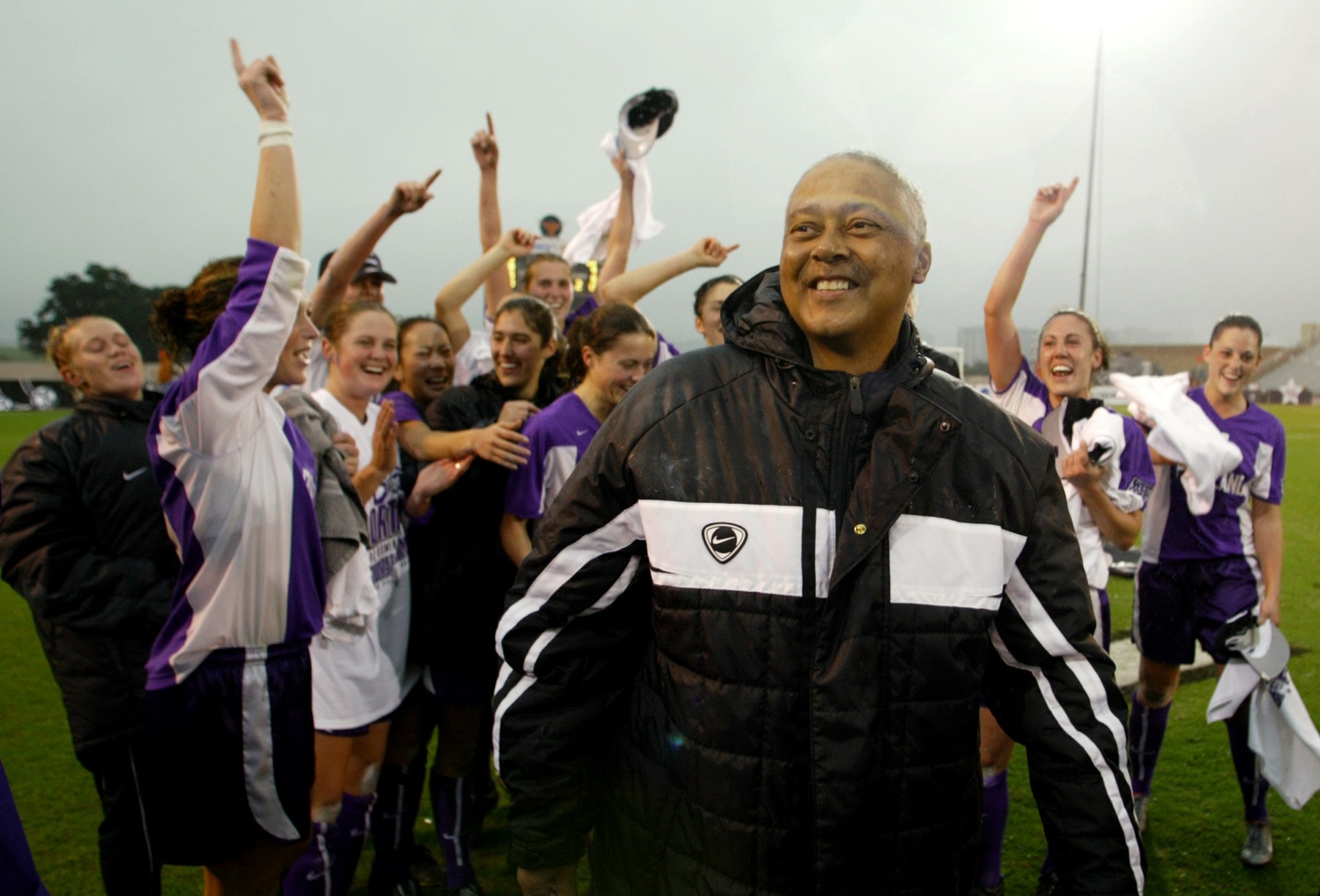 "The most important piece is just what an amazing human being the man was," said Milbrett, a National Soccer Hall of Famer who played for Charles from 1990-94. "He was just an incredible person, a genius at connecting with people.

"You really realize how fair and balanced he was for the game, regardless of what the gender was for the player. That's why he really was such a big influence on the game. It didn't matter if they were male or female. It was really nice to be under that umbrella."

Charles always found ways to get the best out of his best players.

"The unique thing about him, and why he was so successful, was because of his acumen and his talent with the Xs and Os, the technical pieces of the game,” Milbrett said. "But that only gets you so far. You couple that with the ability to manage people, to manage personalities and you really get the best.” 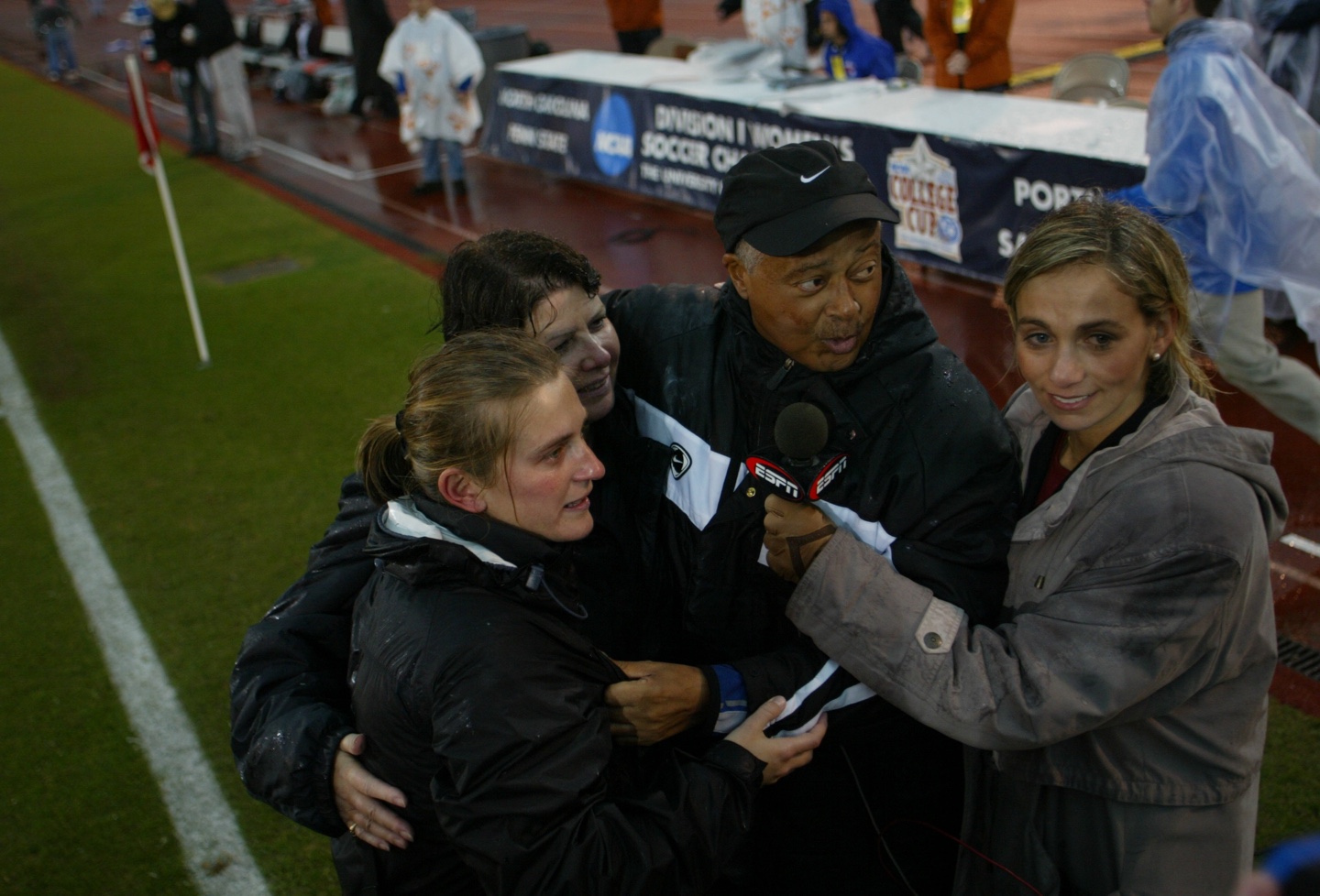 While Charles is best known for his accomplishments in Portland, he also made U.S. Soccer history. After a stint an assistant coach on the USMNT 1998 World Cup team, in 2000 he became the first coach to direct the U.S. Men to the medal round of the Olympics.

When Landon Donovan and DaMarcus Beasley, the top two players at the 1999 Under-17 World Cup, joined the Under-23 side during the 2000 Concacaf qualifying tournament, Charles showed no favors. 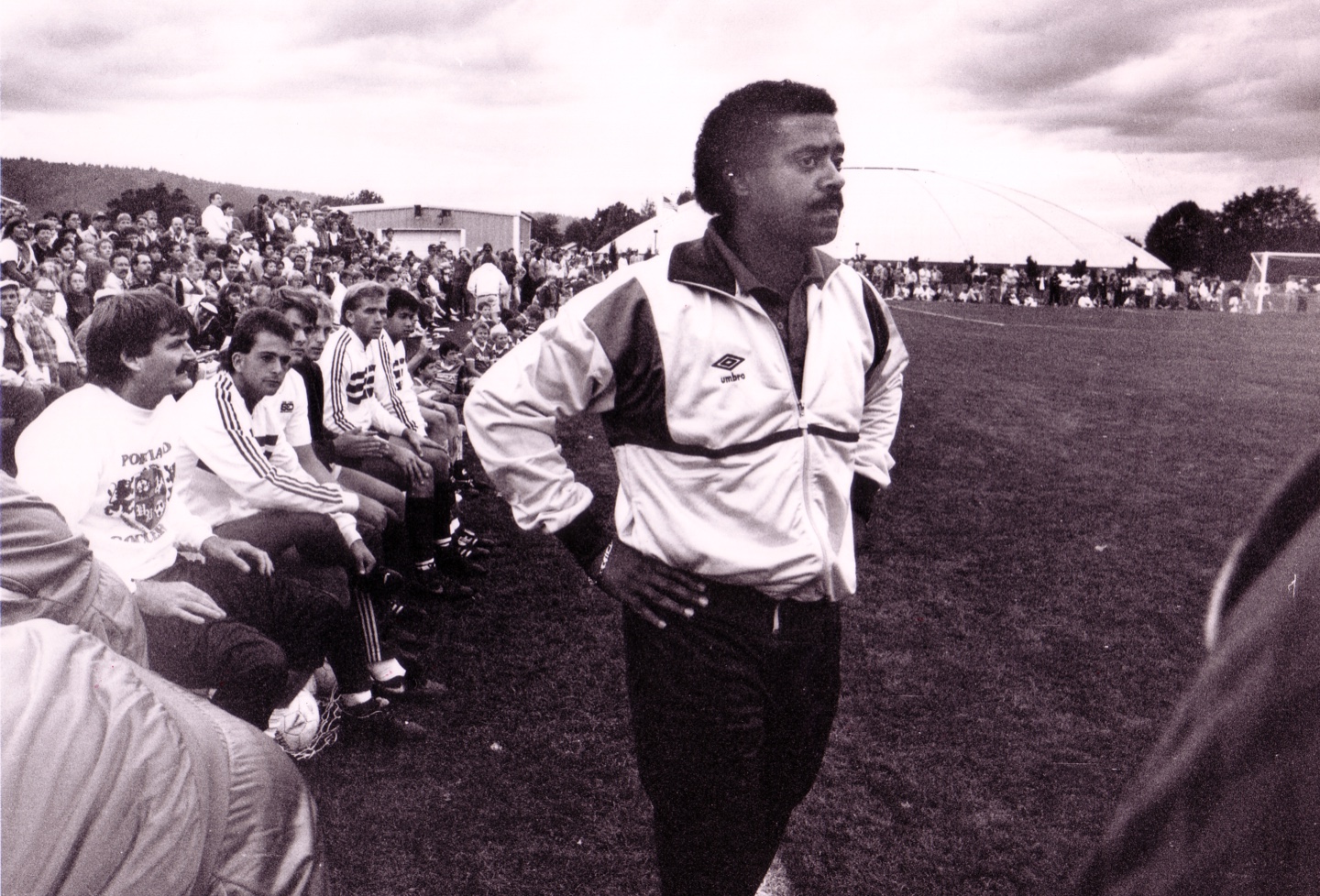 "It was important that we didn't bring those two in fresh off the U-17 World Cup as the saviors of U.S. soccer," Charles said then. "They started at the bottom of the pile and they had to work their way up, so there wasn't a situation where the older players felt that the young whippersnappers were coming in and getting all the glory.

"They had to work for it. The kids shut up and played and they started to earn the respect of the older players, which is the way it's supposed to be."

Cherundolo learned that the hard way as a freshman. 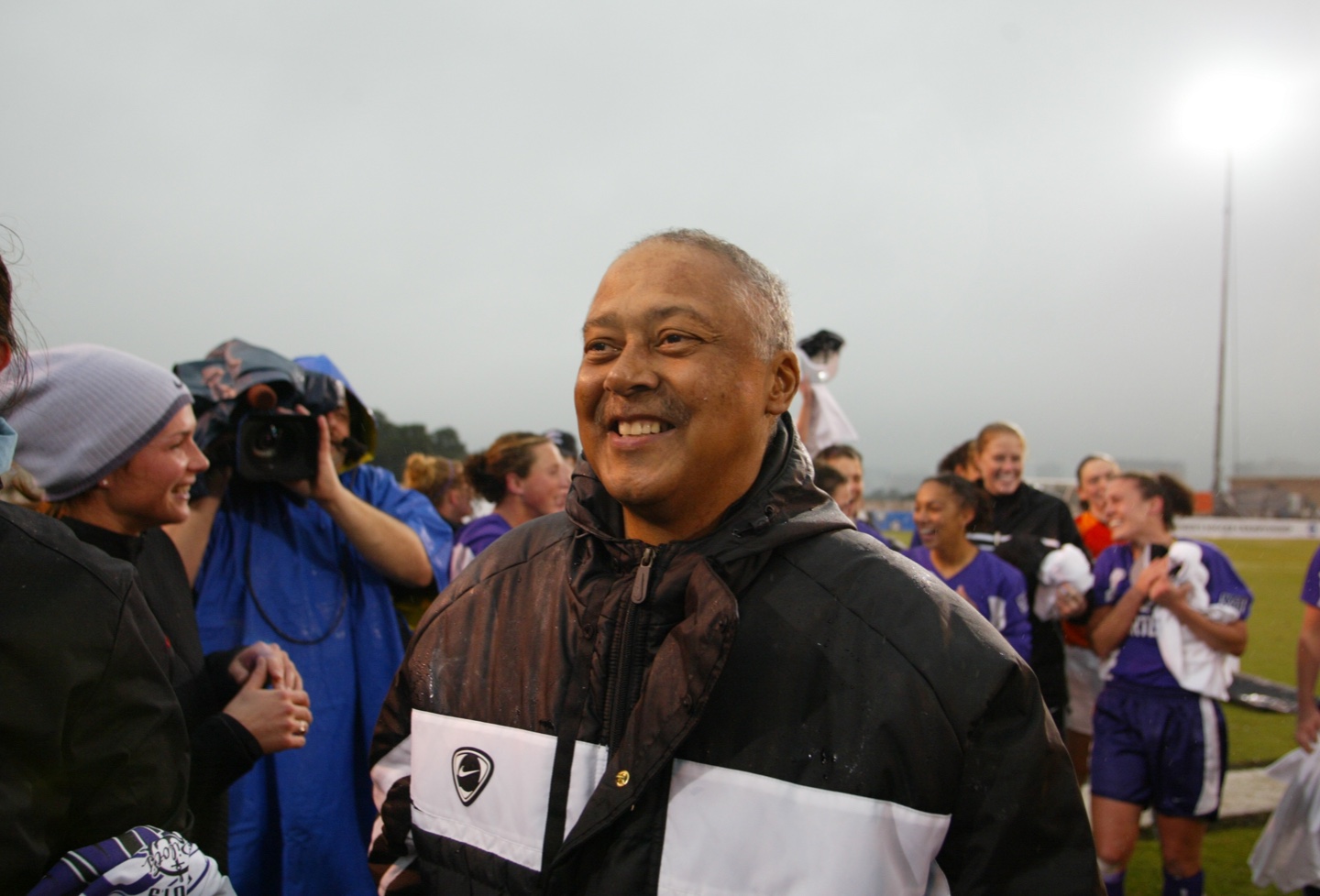 "As a young man I was a very strong-minded and strong-willed," he said. "I had a pretty good understanding of the game. I had made a certain run and I expected the ball. He said, 'Listen, it was the wrong run.' He told me to run towards the outside to overlap and outside of midfield. I said, 'Well, if I make that run, I'm not getting the ball.' He said, 'You're not supposed to get the ball every time. Your purpose is sometimes to run for others. It's a team sport and to open the space up for others.'

"I knew it was a team sport. I thought that I could do good things with the ball. He really made a point of being vocal about that, also in front of the group, which was an important lesson for me that this is truly a team sport no matter how good an individual is. It's about the group and not about you. It's about the bigger picture. It really hit home with me."

The “bigger picture” is a theme that often comes up when speaking with Charles’ former players. Although he’s been gone for almost 18 years, he’d surely be pleased to know that those messages are still resonating today with the people he impacted on and off the soccer field.