USA Finishes Second in Group A, Will Play Sunday for Berth at 2020 Summer Olympics
March 24 2021
On the Pitch

GUADALAJARA, MEXICO (March 24, 2021) – The U.S. Under-23 Men’s National Team fell to Mexico 1-0 to close out the group stage of the Concacaf Men’s Olympic Qualifying Championship. Prior to the match, both teams had already secured advancement to the pivotal tournament semifinals.

Tonight’s result put Mexico atop Group A with the USA as runner-up. The U.S. will next play Honduras or Canada – whichever wins Group B– on Sunday at 6 p.m. ET (FS1, TUDN) for a berth at the 2020 Summer Olympics. 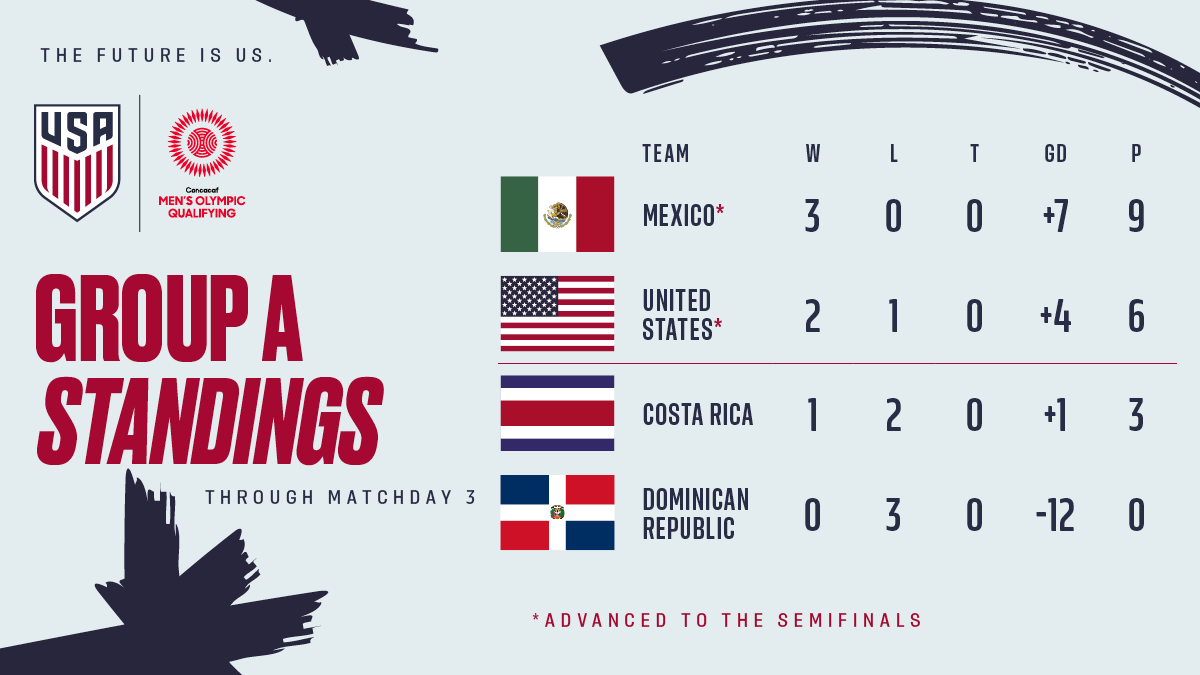 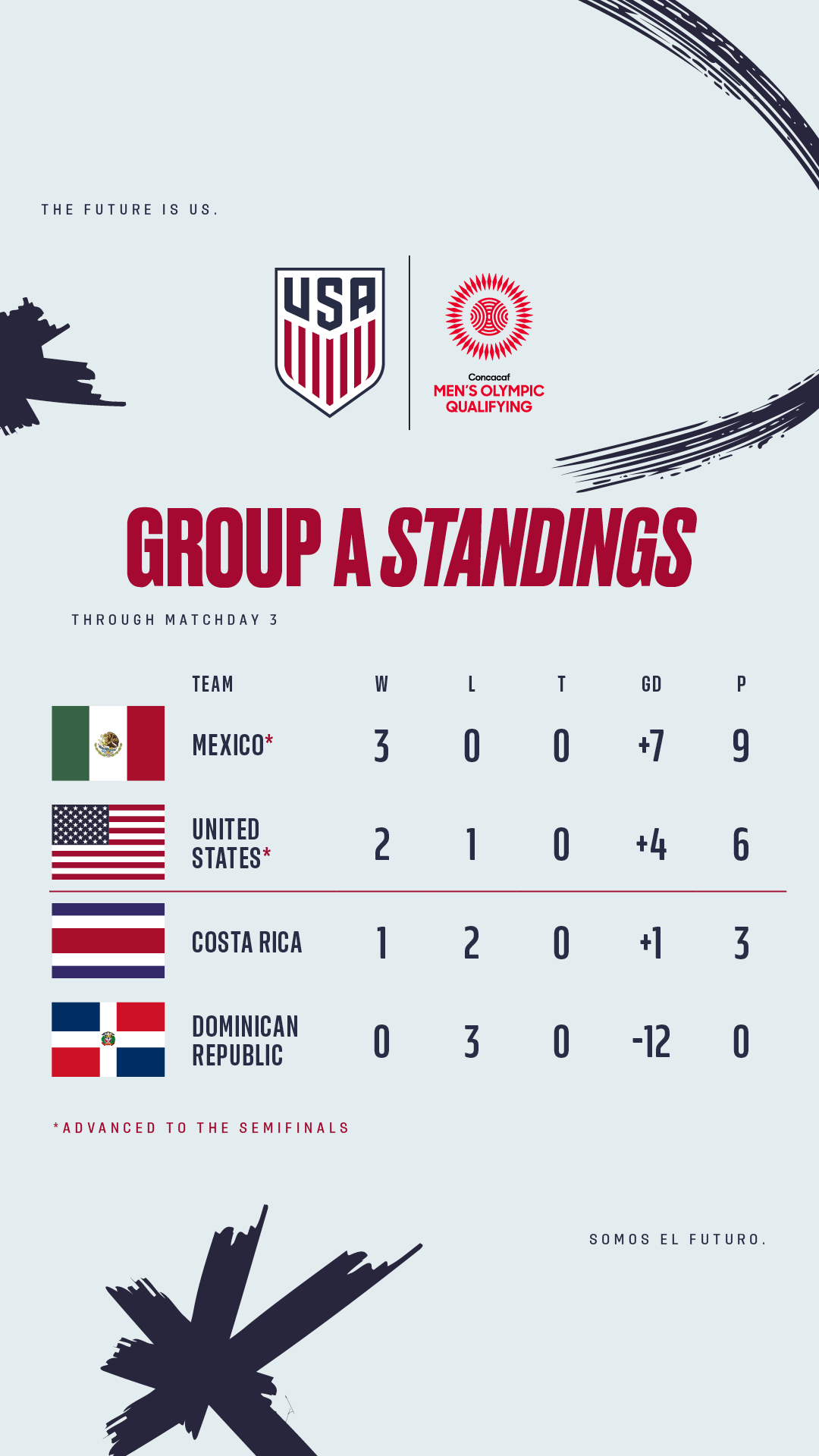 A frenetic start to the match saw Mexico apply heavy, high pressure for much of the opening 30 minutes. The USA defense was up to the task, keeping Mexico from generating threatening plays in the final third. The best chance for the hosts came from Manuel Mayorgo, who broke in on goal but was denied by a fantastic sliding tackle from USA center back Mauricio Pineda.

The U.S. slowly began to get more comfortable dealing with the press and finding teammates between lines. Djordje Mihailovic was a frequent outlet, though he was often quickly fouled to prevent any build-up play. The USA had more possession over the last quarter hour, leading to a handful of free kicks from wide spots, though none resulted in opportunities on frame. On one chance, Mexico’s starting goalkeeper Luis Malagon was injured and had to be replaced by Sebastian Jurado.

With the game leveling out, Mexico’s Uriel Antuna pounced on a misplayed pass just before the break and scored from the top of the area past diving U.S. goalkeeper David Ochoa.

The USA’s first shot on goal came just before the hour mark, when midfielder Johnny Cardoso– from his knees – headed down a corner kick from Mihailovic that made its way through the bodies in the area but fell right to Jurado.

Needing a spark, the USA made all five substitutions after the half and continued trying to apply pressure, though couldn’t find an equalizer. In a physical, tightly-contested game, the teams combined to commit 40 fouls on the night.

The U-23 USMNT will next play the crucial semifinal match versus the winner of Group B, which will be decided by Friday evening’s match between Canada and Honduras. The winner will earn a spot in the 2020 Men’s Olympic Football Tournament and advance to the Men’s Olympic Qualifying Championship Final.

MEX– Uriel Antuna, 45th minute: Pouncing on a misplayed pass, Antuna advanced to the top of the box, cut to his right and fired a low shot past diving U.S. goalkeeper David Ochoa to open the scoring. USA 0, MEX 1

USA – Mauricio Pineda, 28th minute: After defending well as a team for the first half hour, Pineda made a fantastic individual play to keep the game scoreless. Mexico’s Manuel Mayorga beat his defender at the corner of the box and advanced towards goal. Just as he was about to shoot with his left foot from 12 yards out, Pineda made well-timed slide to kick the ball off Mayorga’s feet for a corner kick.

USA – David Ochoa 83rd minute: Mexico’s Alexis Vega’s free kick from the left just outside the box was whipped in with pace, leaving Ochoa to measure whether it would be flicked on or make its way through. He made the right call and caught the ball on the goal line to keep the game within reach.