GUADALAJARA, MEXICO (March 21, 2021) – The U.S. Under-23 Men’s National Team scored four second-half goals to defeat the Dominican Republic 4-0 for its second straight win at the Concacaf Men’s Olympic Qualifying Championship. With the result and Mexico’s 3-0 defeat of Costa Rica in the second match of the evening, the USA advances to the pivotal tournament semifinals, whose winners clinch qualification to the 2020 Summer Olympics. 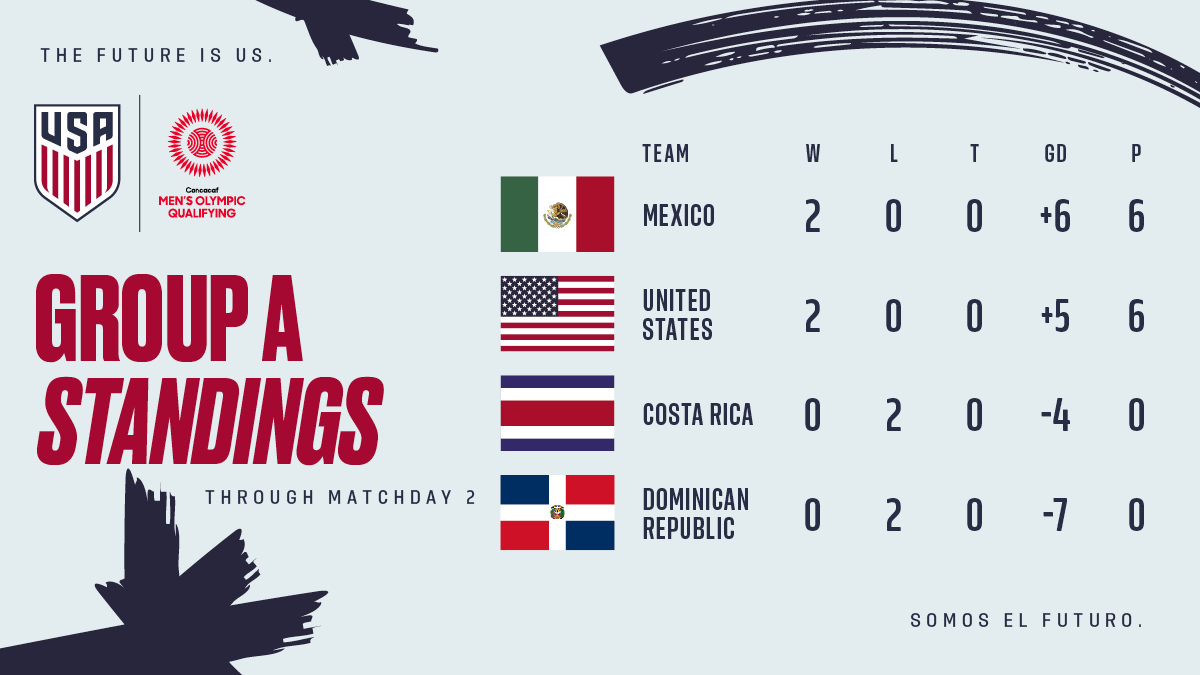 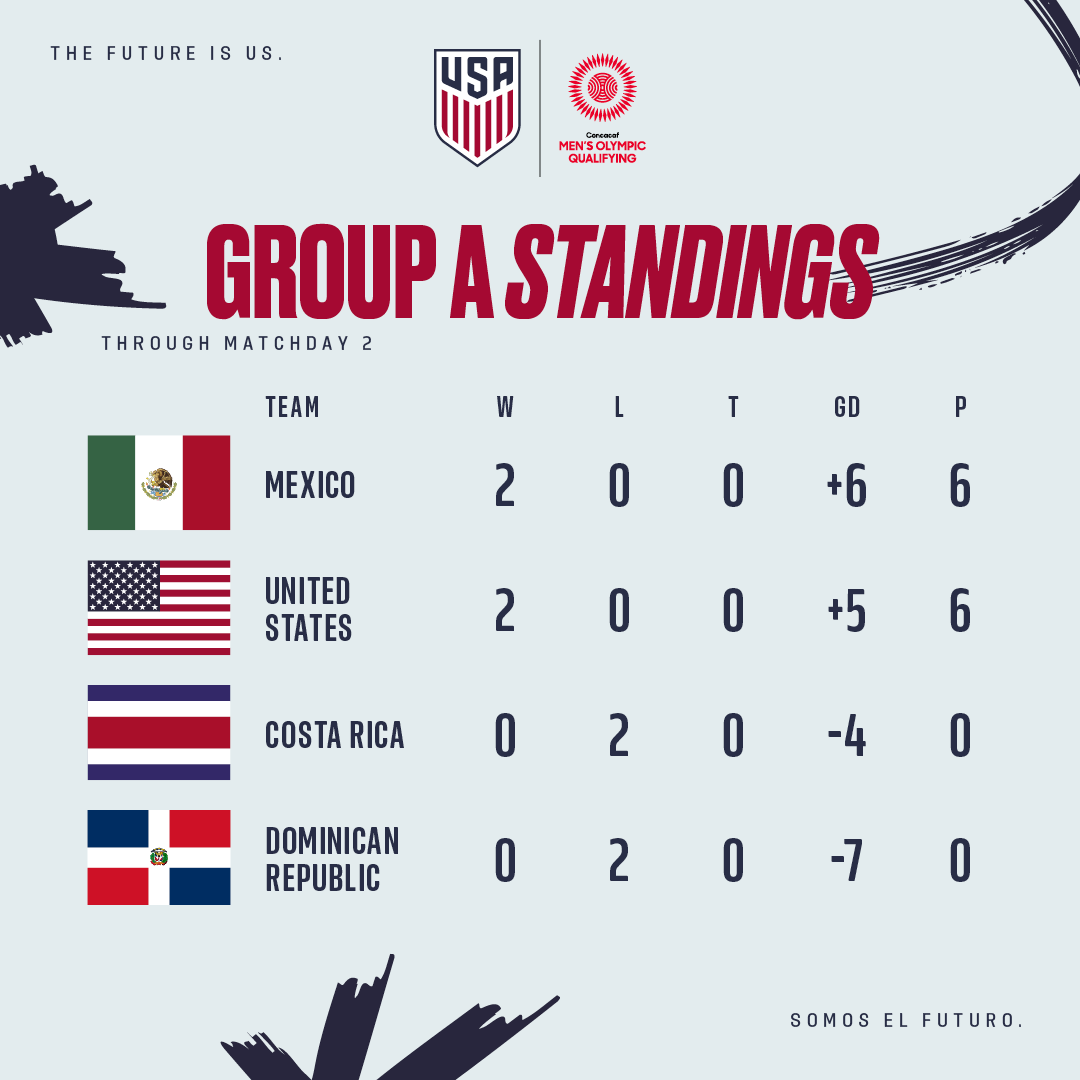 Head coach Jason Kreis made six changes to the starting line-up that defeated Costa Rica on Thursday, and settling in for the opening 20 minutes, the U.S. patiently began controlling possession for the rest of the first half. While it proved difficult at times to break down a disciplined Dominican Republic side, the U.S. created a handful of threatening chances before the break.

The first came twenty-five minutes in, when Sebastian Saucedo played a shorter corner to the top of the box to USA captain Jackson Yueill, who hit a first-time shot with pace that was saved by goalkeeper Johan Guzman.

Minutes later Saucedo opened up Sam Vines, who chipped a ball across the box to a wide-open Jonny Cardoso at the top of the six, but Cardoso’s point-blank low header was saved by Guzman. Saucedo then picked out Vines on a stoppage-time corner kick, but the left back's first-time volley from the top of the box skipped inches wide of the left post.

The USA began the second half with much more urgency and the reward came just past the hour mark. After Cardoso hit the crossbar from close range, the U.S. kept possession and Saucedo again found Yueill, who redirected the ball from the top of the six to the back post to open the scoring.

Ten minutes later, substitutes Djordje Mihailovic and Hassani Dotson made an impact off the bench, combining for two goals within five minutes to seal the victory. Dotson doubled the lead with a well-placed shot from the top of the box and added his second minutes later with a hard shot to the far post. Mihailovic put an exclamation point on things in the 90th minute, closing out the scoring with a tap-in from close range.

USA – Jackson Yueill (Sebastian Saucedo), 62nd minute: Right back Julian Araujo put a cross into the area that Jonny Cardoso controlled and blasted off the crossbar. Andrés Perea won the second ball at the top of the box to find Saucedo, who held off his man. With Yueill making a near-post run, Saucedo turned and sent a short pass that Yueill slightly redirected with the outside of his foot to the back post to break the deadlock. USA 1, DOM 0

USA – Hassani Dotson (Djordje Mihailovic), 73rd minute: Second-half substitutes Djordje Mihailovic and Hassani Doston combined for the first of two goals in the 73rd minute. On this one, Mihailovic made a diagonal run from the left into the area and laid off a short, square pass to Dotson just inside the top of box. Dotson calmly placed a right-footed shot to the left side of the goal to double the lead. USA 2, DOM 0

USA – Hassani Dotson (Djordje Mihailovic), 78th minute: From the left side, Sam Vines found Sebastian Soto inside the area. With his back to goal, Soto laid the ball off to Mihailovic just outside the box and the midfielder played a first-time ball to the right side to Dotson, who took one touch forward before shooting across the goal just past Dominican Republic goalkeeper Johan Guzman to the far side for his second of the game. USA 3, DOM 0

USA – Djordje Mihailovic (Benji Michel), 90th minute: Just past midfield, Araujo advanced a ball towards the middle to Dotson, who one-timed a pass forward to Benji Michel as he stayed onside. The ball slightly behind, Michel did well to control and move towards the endline before sending a low ball across the box to a wide open Mihailovic, who tapped in the team’s fourth from three yards out. USA 4, DOM 0