She Ran The Line

Before flagging her first offside infraction in a pro soccer game four decades ago, Betty Ellis realized she shouldered a huge responsibility for women's referees.

On May 16, 1981, Ellis made history, becoming the first female to officiate a professional soccer game in the United States. She ran the line in the North American Soccer League (NASL) encounter between the host Portland Timbers and Calgary Boomers at Civic Stadium (now Providence Park).

"I knew that I was opening a door," Ellis said recently. "I thought of other women that I knew who were interested in reffing. I felt the responsibility on my shoulders to do not just a good job, but a real good job, so they would have the opportunity when it came to them. That responsibility was really big. I'd been doing college games, men's recreational and women's games. But I never did it with the idea of being responsible for opening a door. My kids were saying, ‘Mom, you're going to be the first one.’ “

In the early 80s, women in professional sports – as players, game officials, coaches and front office personnel - were virtually non-existent.

"It was just an amazing step for football in the early 80's," said Concacaf director of referees Brian Hall, indicating that it was a first step toward gender equality. Hall, a former FIFA referee and four-time MLS referee of the year, came through the ranks at the same time as Ellis when he was 19.

"Female referees are very much part of the game today [in large part] thanks to Betty Ellis," said former FIFA referee Toros Kibritjian, who worked several games with Ellis, including her first game as a linesperson. "She was absolutely the perfect pioneer." 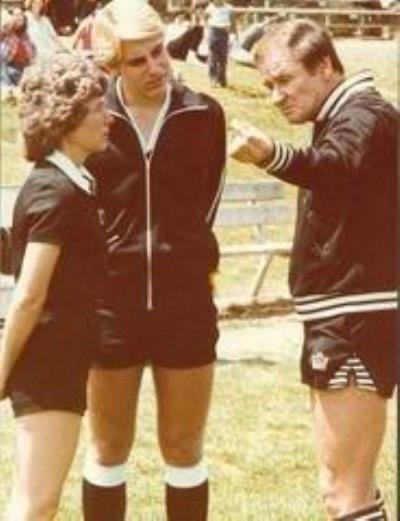 When it was announced that Ellis would officiate her first NASL game, some individuals thought it was a publicity stunt. "This is no lark like when the Chicago Sting once draft a Playboy Bunny," NASL director of information Vince Casey told the Chicago Tribune at the time. "You can be certain that Betty has paid her dues and from all accounts she's a very capable official."

A week prior, Ellis had worked as a fourth official for the NASL match between the San Jose Earthquakes and the Edmonton Drillers on Mother's Day, May 10, 1981.

Six days later, the 40-year-old Ellis found herself in the spotlight as a linesperson for the game in Portland. It was not without a bit of controversy.

In the 25th minute, Ellis caused some confusion on a goal by Portland's Canadian international Dale Mitchell. She signaled for a corner kick although he ball actually had gone into the net. Ellis said that her depth perception was confused because the Timbers used new black nets. Kibritjian ruled that the goal was good.

"It looked as though there was something wrong with the goal,” said Ellis in 1981. “Both teams got very excited. It was extremely tense. The referee [Kibritjian] came over to me and asked, what was wrong? Did anything happen? Was it offside? What it looked like to the crowd was that Toros came over and to nullify the goal. But it was a good goal."

"I just about died. If I could, I would have pulled up the carpet and crawled in."

Overall, Ellis received high marks from referee assessor in what was a 2-0 Portland win.

On May 31, Ellis worked the Earthquakes' home game against the Boomers at cozy Spartan Stadium. Beforehand, she was introduced to the crowd and received a standing ovation. That reaction eventually changed.

"I don't know if you've ever been in the old Earthquakes' stadium in San Jose, but it's not very big, and the crowd is really close to the sidelines," said Ellis, who brought her five children to the game from their Santa Rosa, Calif. home. "The kids were small, and people were yelling and screaming."

Mostly because she had called the Quakes’ No. 11, a Northern Ireland midfielder, offside, not once, but twice.

That good looking guy happened to be George Best.

"I thought people were coming out of the stands and screaming," Ellis said. "But even the coach later said that they were good calls."

The calls didn’t impact Best, who, doing things that Best did, ended up scoring twice in Earthquakes’ 4-3 win.

When someone is a pioneer, she needs to have the right attitude, demeanor and talent to take criticism, taunts and abuse and even when sexism raised its ugly head.

"Many referees reacted differently working with female referees in a professional game," Kibritjian wrote in an email. "Some of them were very comfortable and some very nervous. I felt privileged having her on the sideline. She worked harder than most male assistants."

Ellis became a student of officiating, taking criticism to heart.

"She always took pregame instructions seriously and asked if her performance was acceptable at half time and at the end," Kibritjian said. "Betty improved tremendously game after game.

"Her most professional attitude towards players and coaches made her popular with everyone involved, even though they disagreed with some decisions. She was most graceful whenever being questioned by a coach about a crucial decision she had to make.

"She was the most graceful lady I have ever met in my lifetime."

Ellis became an instant celebrity. She was interviewed on Good Morning America and was the subject of many newspaper stories. 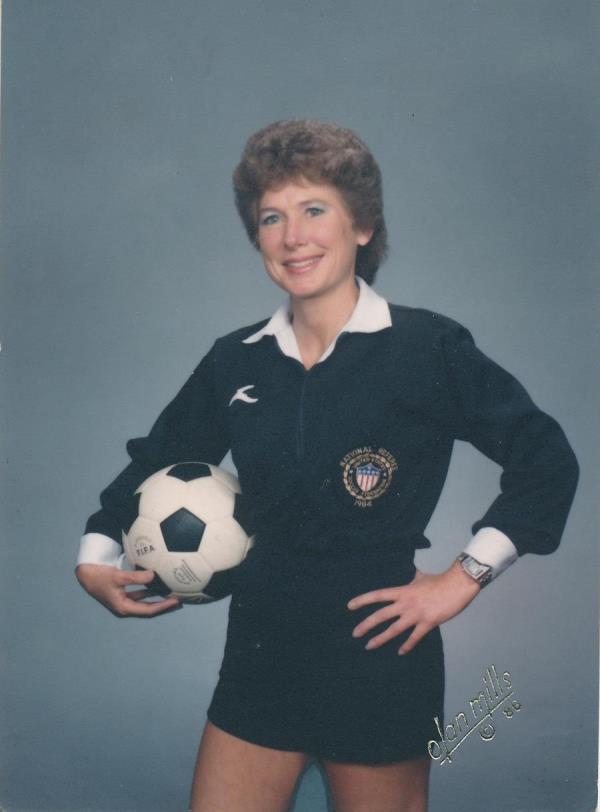 "It was very exciting," she said. "It's nice when something like that happens, but it still was a huge responsibility. I loved doing it. I was thankful that for the most part it turned out pretty good. I was very sad that the NASL folded so soon after I got in. That didn't allow me to sort of keep pushing my ability to move ahead any further."

But Ellis said that she found a lot of satisfaction in teaching referees "about the requirements of ethics and confidence, and a passion for it."

Ellis started officiating in 1970 after noticing a young referee getting verbally abused by coaches in a California Youth Soccer Association game.

"The kid in the middle looked as though he was having an awfully tough time," she said in 1981. "He was being intimidated by the coaches. The kid was doing the best he could. My grandmother told me not to gripe about something unless you want to do something about it. So, I took a referee course."

She moved up the ladder, officiating more challenging games until she met Keith Walker, the director of NASL referees, who was a guest speaker at a referee clinch in 1979. He told her if she passed the tests, she would get a shot at the NASL.

Between being a single parent of five children, her day job as a special education teacher and officiating, she certainly had a very full plate. "My kids were always very supportive of me, especially when I was when I was trying to pass that physical," she said. “They never gave me a hard time about any time that it took."

Some 140 men and one woman – Ellis -- attended the tests in Memphis, Tenn. in February 1981. After a written exam that Ellis easily passed, the candidates did sit-ups and pull-ups, a 25-meter square drill in which referees needed to run forwards, backwards and sideways within a 19-second span before a quarter-mile run.

Ellis passed every test but the 440-meter run and needed to take every physical test again the next morning in foggy and humid conditions. About 12 colleagues showed up.

"They didn't have to be down there at all," Ellis said. "They had these shirts. They read: ‘Men of Quality are Never Threatened by Women of Equality.’ I don't know when or how they got them made."

One referee would do push-ups with Ellis, another did sit-ups. For the 440 – one lap around a standard track -- a few of the male refs ran in front of Ellis, trying to cut the wind for her. She passed.

To no one’s surprise, her officiating career not without some interesting incidents. Ellis admitted she didn't remember the name of the British team when she worked the middle of a friendly against the Earthquakes in 1981. The team’s manager entered the referee’s room.

"They gave you a little flag or a little memento of their team and tell you, 'Hope you have a good game,' " Ellis said. "It's a gentleman's polite way of doing things. I was tying my shoe and they approached my linesman. He gave him the whole spiel, and then gave them a little flag, and he said, ‘Why are you giving this to me?’”

He was then told who the referee was.

"He was taken aback,” Ellis said. “His face turned so red. I just laughed because it was something that along the line would have been expected. The game went well thankfully.”

There also was one constant factor: no separate rooms for women game officials to dress. "I learned to not be humiliated by dressing in the shoe room," Ellis said. "It wasn't like there were a lot of female referees around."

Ellis worked in the NASL until its demise in 1984 before officiating in the Major Indoor Soccer League. She also worked many games as a goal judge in Tacoma, home of the original Tacoma Stars. That team lasted until 1983, the league until 1992.

Even though she is now an octogenarian, she is still embracing life and challenges. She has continued to scuba dive. Last year she was in Argentina pursuing competitive Tango dancing. Three days after returning home, Ellis came down with COVID-19.

"There was not much media about it at the time, so I was a really early case," she said. "I couldn't figure out what was going on. My kids were bringing me my groceries on the porch because I wouldn't let him in." Thankfully, she recovered. 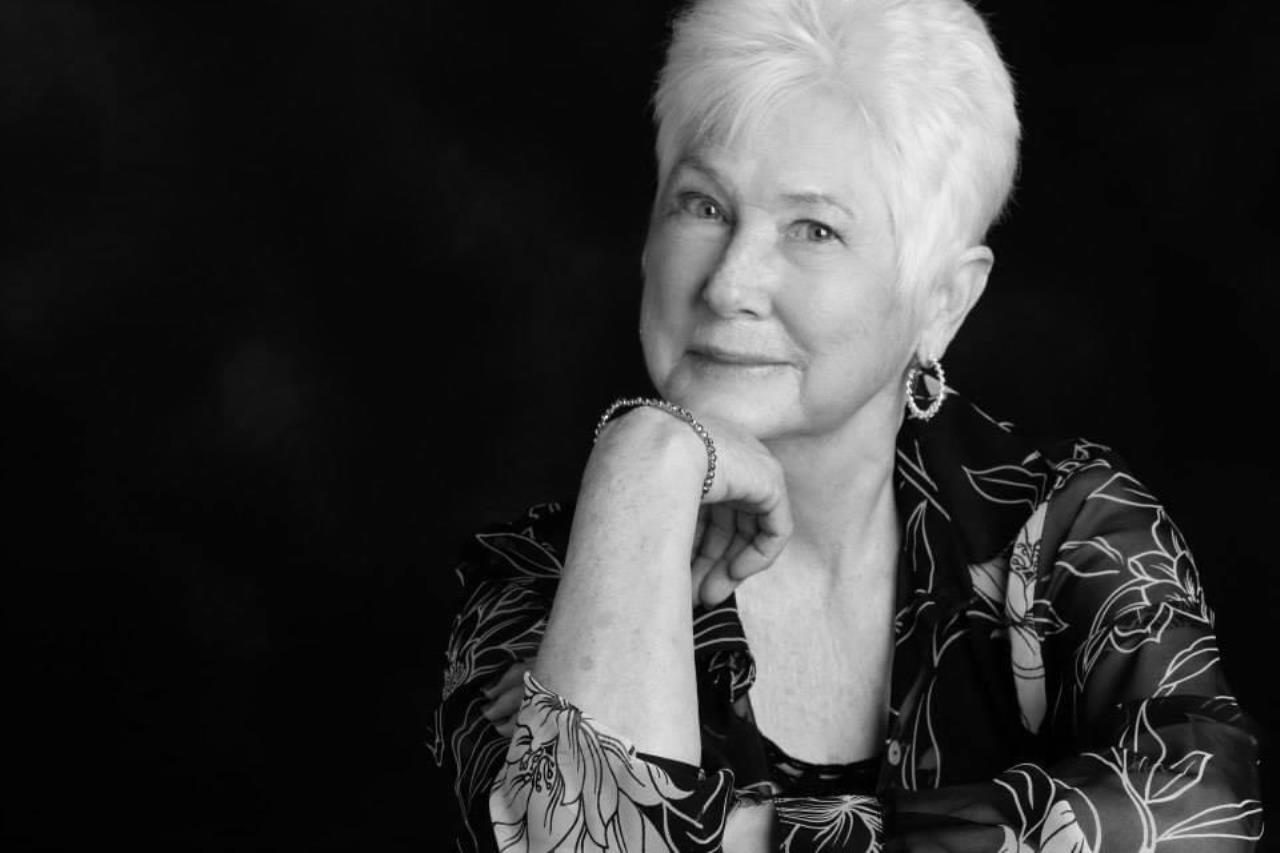 Today’s women’s game officials have made great strides. The Women's World Cup is officiated by all women. Many women have worked professionally in Major League Soccer and Europe. FIFA referees Sandra Hunt and Kari Seitz, who have officiated Women’s World Cup and Olympics, are among the finalists on the 2021 Builders Ballot for the National Soccer Hall of Fame.

German Bibiana Steinhaus recently retired after refereeing in the German Second Division for 12 years and the Bundesliga for three years.

"When I first saw the gal that's the referee for the NFL, I had to do a doubletake,” she said. “I said, 'Is that a guy with a ponytail?' No, I said, 'Oh my God, it’s a woman.' Having gone through that myself and all that it meant for me, what it did for me, I felt pride.”

Ellis has look on with amazement as women’s soccer has continued to grow and she is a big fan of the U.S. Women's National Team.

"When I see a World Cup or a high-level women's game, I always think about how that was just not a part of my time,” she said.“I would have loved to have been involved in it. Women have more opportunities now. It's been an uphill fight and I give a lot of thanks to the Women's National Team for doing that."