At the age of 27, DeAndre Yedlin finds himself as one of the oldest players and voices of experiences in U.S. Men's National Team camp as it prepares for Sunday's friendly in Switzerland and next month's Concacaf Nations League Final Four.

After all, the veteran defender has been there and done it.

His 62 caps and 27 appearances in official competition makes him the senior-most player on this roster. Some four months after making his full international debut with the USMNT in January 2014, a 20-year-old Yedlin made three appearances at the FIFA World Cup in Brazil.

So, he can tell his younger teammates about the pitfalls and sometimes over-the-top expectations. 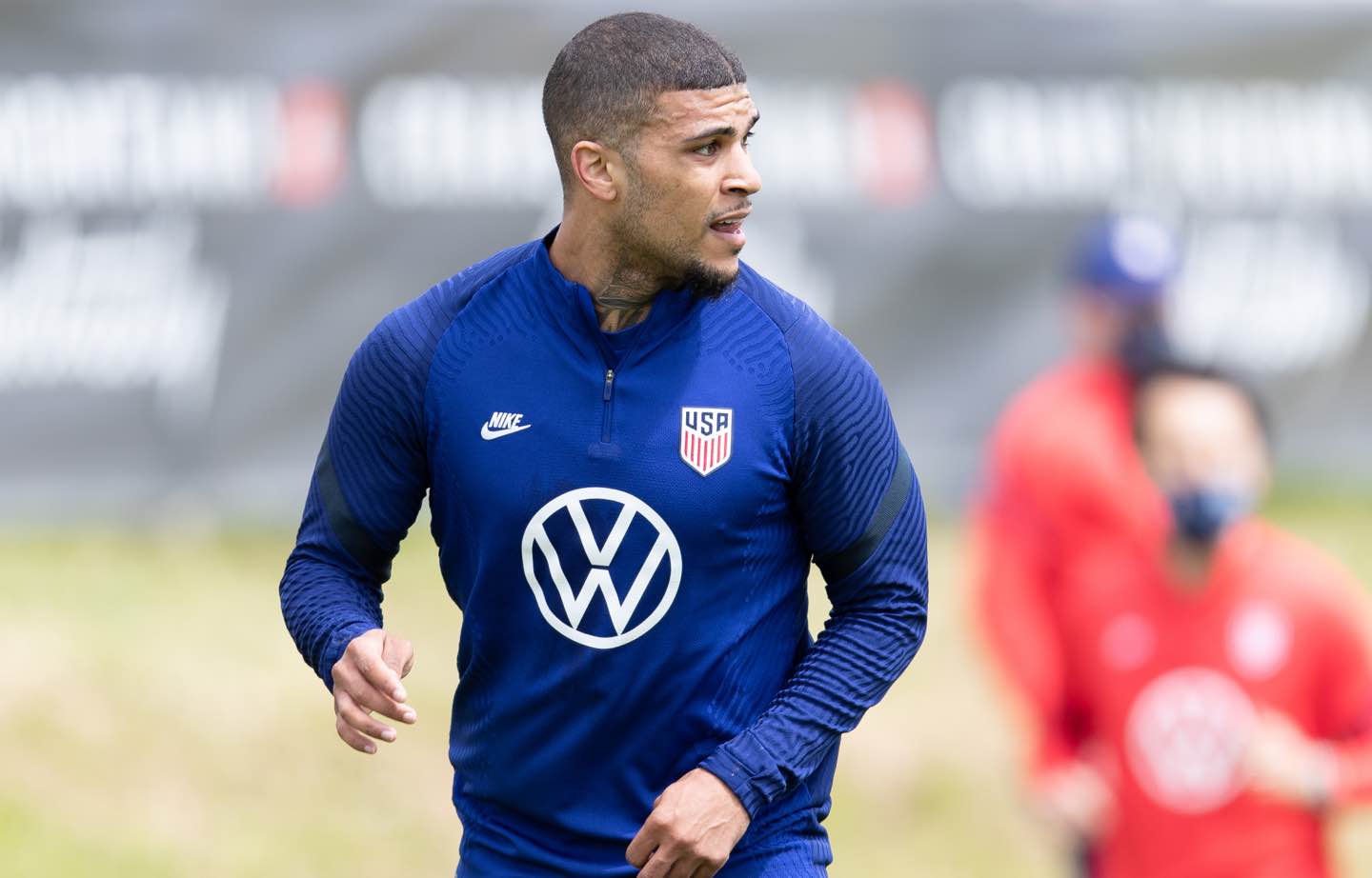 Yedlin has been impressed with the rapid rise of Christian Pulisic, Gio Reyna, Weston McKennie and Sergiño Dest, among others.

Having walked in their shoes, he understood what they are experiencing.

"They're all on very good teams and in very good professional environments," he said. "Our country, we have a tendency to really hype up younger players because we're excited about it, as we should be. But I think sometimes that can be a bit too much. It can put a bit too much pressure on these players and put too much expectation on them.”

His advice to the emerging generation?

"I think just keep your head down, try to block the noise out a little bit, whether it be good or bad,” Yedlin said. “That's what I tried to do. The last thing, just have fun with it. The fact that you're here just says enough. You're here for a reason and they're obviously all great players. So, it's important that they just have fun and just keep doing what they've been doing at their clubs." 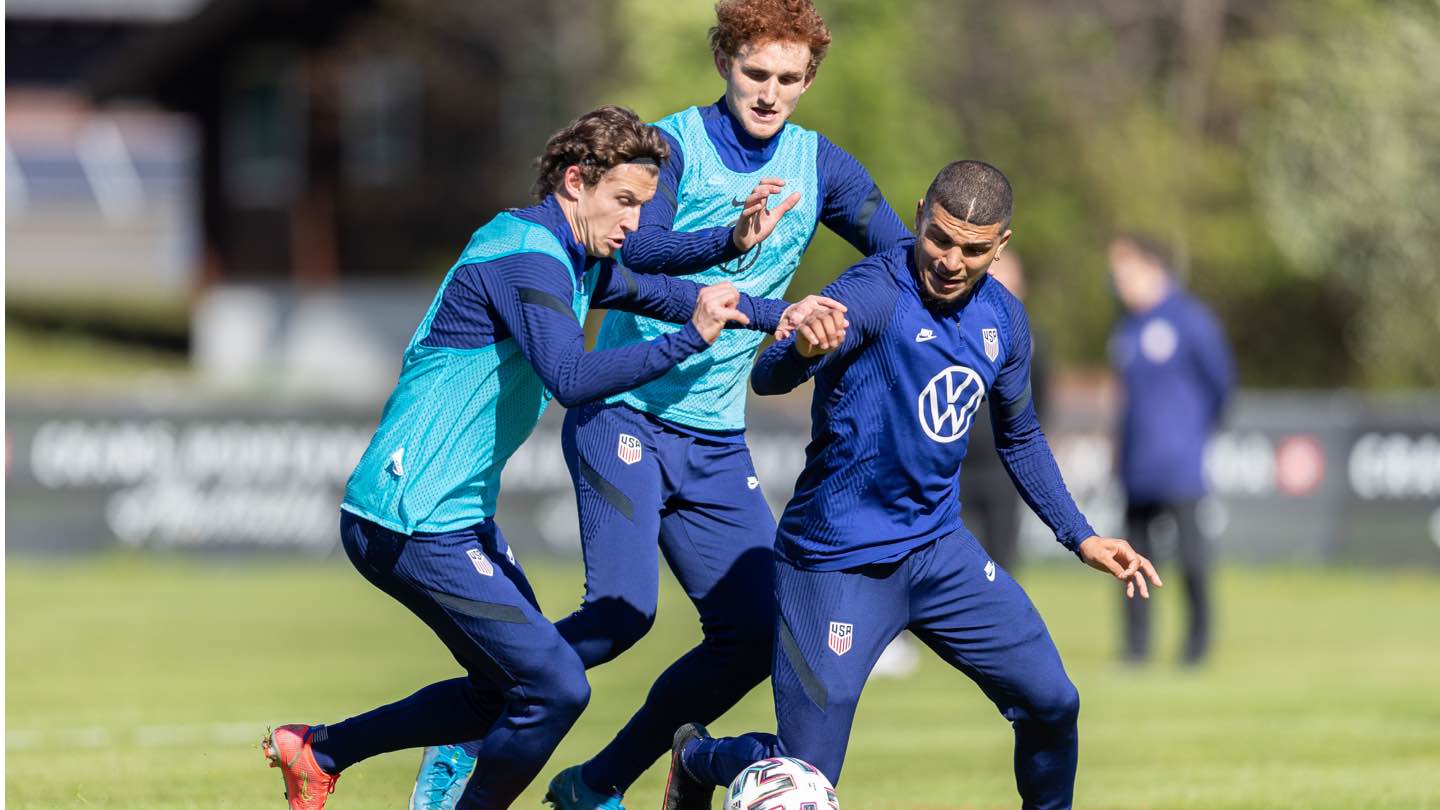 Despite his experience, Yedlin admitted he wasn't a natural leader.

"It's an interesting role," he said. "When you look at any veteran player that's kind of the role you're expected to play, but you also have to look at the fact you have guys here - very young guys - that are also leaders as well.  I don't think it's my natural born skill. There's tons of leaders on this team, which is great because you need that."

Julian Green, the youngest American to score in a World Cup - two minutes after entering the match in the 2-1 extra-time loss to Belgium at 2014 - was reunited with Yedlin in Switzerland this week.

Green, who hasn't appeared for the USMNT since 2018, played an important role helping Greuther Fürth gain promotion into the Bundesliga, finishing with nine goals in 30 matches.

"It's great to see him back," Yedlin said. "A lot of people thought he was done and fell off, but he did an unbelievable job getting back, getting with a team, playing all the time, finding his form and getting the confidence and ultimately getting called back into the National Team. That's what it's about. He's done great. He's matured a lot, which is great to see. We still have a really good friendship."

He might be the senior player on the team, but that doesn't give Yedlin an inside track for the right back spot, vying with Dest, Reggie Cannon and others. 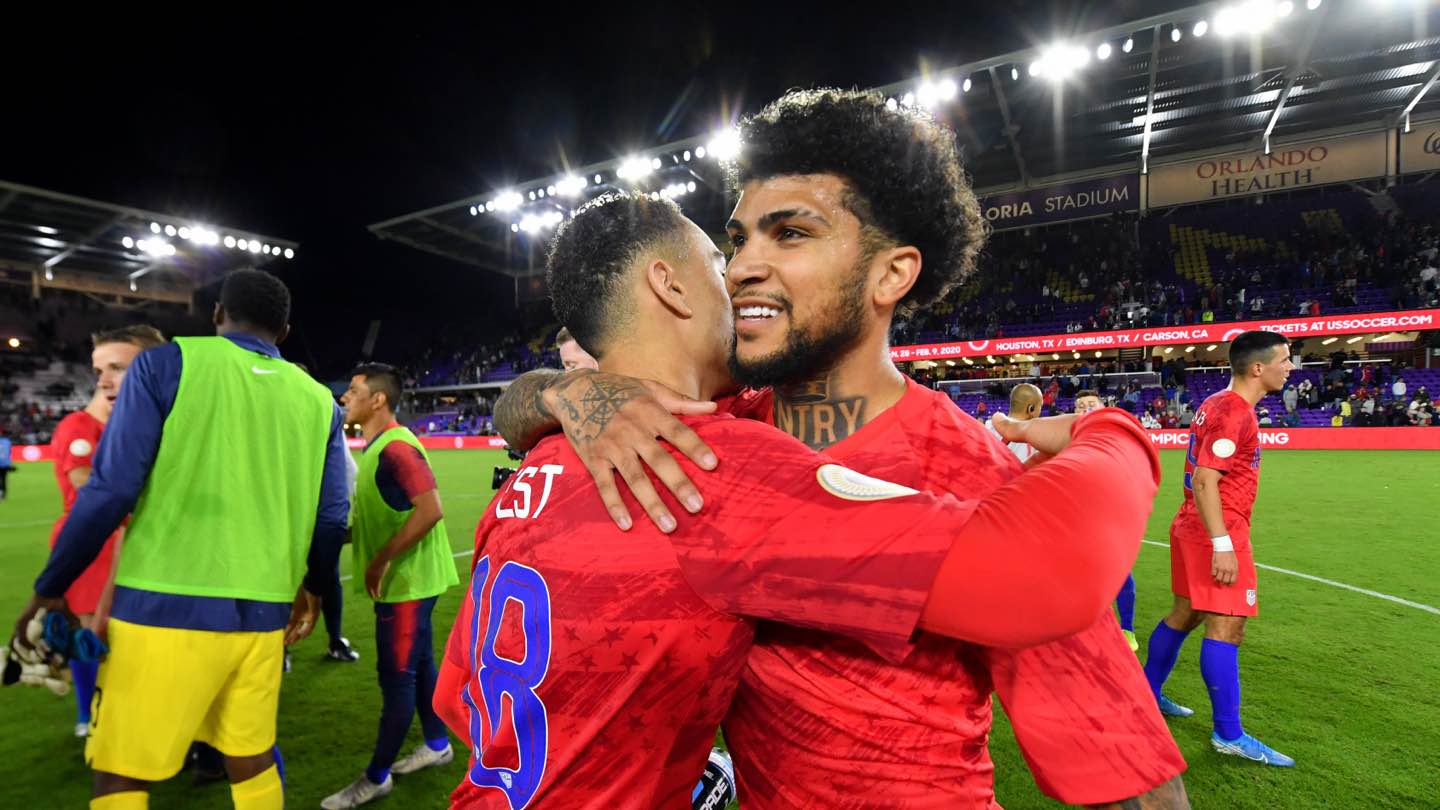 Yedlin said that he has a "great relationship" with Dest.

"Sergiño came up with that younger generation," he said. "Those guys have their own little group. But Sergiño is obviously a great kid. He's a great player, can play right or left, just technically so gifted. Obviously playing at one of the biggest clubs in the world. It's really just to come in, do the best that I can do and try to push him to be the best that he can be. The same for him to push me to be the best that I can be."

In February, Yedlin made an audacious move. Not only did he change teams and leagues, he switched countries. He left Newcastle United in England and signed a contract with Galatasaray in Turkey through June 2023.

"I mean, there's big cultural things, really completely different part of the world," he said. "I really enjoyed that aspect of it. It was one of the things that kind of drove me to leave England, just to see a different culture and kind of get out of my comfort zone again."

Yedlin made nine appearances and scored one goal during his first half season as Galatasaray was nosed out by Besiktas for the Turkish Super Lig title on goal differential.

"I was actually quite surprised by Turkey," Yedlin said. "You got some very good players. They're very technical players, very physical. The one thing that separates the Premier League, and this may be from a lot of other leagues in the world also, is just the end quality. You make a mistake and you're for sure to get punished. That's really the only thing that I found, but it's a great league. I've had a great, great experience there so far."

He might be one of the oldest players on this USMNT squad, but Yedlin is one of the youngest players anywhere to invest in a professional soccer team. On May 20, he joined the San Diego Loyal SC ownership group. Co-founder and former USMNT teammate Landon Donovan is the manager.

Yedlin decided to make a financial commitment after the Loyal walked off the field with a 3-1 lead over match with Phoenix Rising after hearing an anti-LGBTQ slur directed toward one of its players in 2020. It cost the team a USL Championship playoff spot.

"That really caught my eye," he said. "It really just opened my eyes that wow there's a professional club out there that will give up a spot, potentially in the playoffs, to bring awareness to these issues that we have that … are bigger than sport. I think they set a great example for the rest of the world, not just for the U.S., not just for soccer but for the rest of the world and all sports.

"It was a situation that I wanted. It's a club that I want to be a part of as a player. I was fortunate enough to come in as a supporting owner. I'm honored to be part of the Loyal and looking to help in any way."

Just another example Yedlin can set for his younger teammates.